Roman Gonzalez: In A Way, Pandemic Overshadowed What I Was Able To Accomplish

A one-sided knockout win over England’s Khalid ‘Kal’ Yafai not only restored the legendary Nicaraguan as a junior bantamweight titlist but came just as the world was on the verge of shutting down. The feat took place on February 29, the last show to air live on DAZN prior to the ongoing coronavirus pandemic. For months, there was no clear sign in sight of when the sport could resume, especially at the championship level.

“I was always ready to fight, but it was hard to really get up for it because for a while it seemed like we wouldn’t fight again this year,” Gonzalez (49-2, 41KOs) told BoxingScene.com. “Winning the title was a fond memory, but what I really wanted to do was defend it and that opportunity was denied for months.

“In a way, the pandemic overshadowed what I was able to accomplish.” 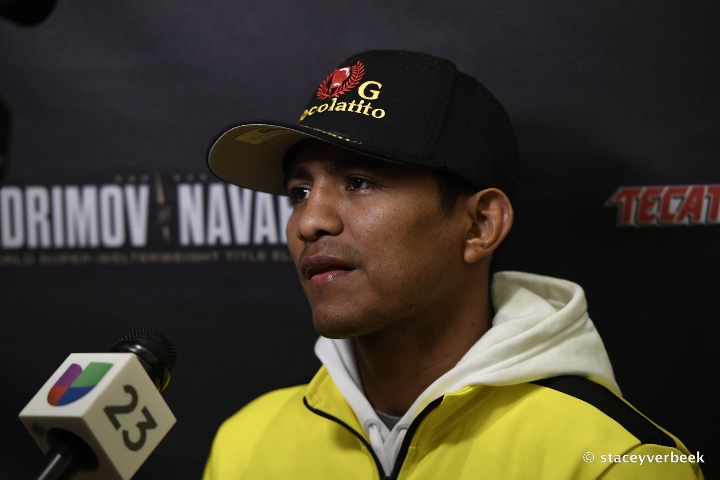 Some eight months later comes the chance to resume his incredible career. Gonzalez makes the first defense of his second 115-pound title reign versus Mexico’s Israel Gonzalez (29-3, 11KOs) this Friday, live on DAZN from Gimnasio TV Azteca in Mexico City.

The bout comes as the chief support of a title fight tripleheader, topped by lineal junior bantamweight champion Juan Francisco Estrada (40-3, 27KOs) whom defends versus former titlist Carlos Cuadras (39-3-1, 27KOs) in a rematch to their September 2017 non-title fight won by Estrada.

Gonzalez owns wins over both boxers. He outpointed Estrada over 12 thrilling rounds in the final defense of his junior flyweight championship reign in November 2012 before moving up to flyweight. Four years later came his fourth divisional title, outboxing Cuadras over 12 rounds to win the 115-pound strap.

The aforementioned win over Yafai marks his third straight victory following back-to-back title fight losses to Thailand’s Srisaket Sor Rungvisai in 2017. While at a stage in his career where—given the current global climate—he could have went out on top following that feat.

However, it was one of the first shows back during the pandemic in his hometown of Managua, Nicaragua which restored hope that he still had plenty of fight left.

“That was definitely a great booster,” Gonzalez notes of the event which took place in April, for which he was in attendance as a paying customer. “Even during the pandemic I knew I wanted to return to the ring, but just didn’t know when that would come. Being at that event, I knew my day would come soon. All praise to God that we have this opportunity and that he has blessed me to be able to return to the ring at this high level.”

Winner of Estrada vs Cuadra, vs Little Chocolate.