The heavyweight division is currently on fire with some of the recent fights like Deontay Wilder vs. Tyson Fury and Anthony Joshua vs. Andy Ruiz.

There is a battle of unbeatens coming up in April, when rising heavyweights Daniel Dubois and Joe Joyce collide in the ring.

And another heavyweight clash being bandied about, is a showdown between former unified champion Andy Ruiz and Cuban banger Luis Ortiz. 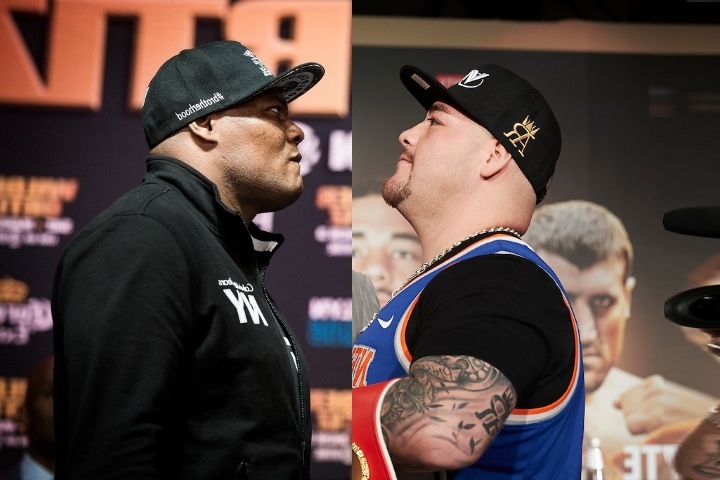 Both Ruiz and Ortiz are promoted by the Premier Boxing Champions banner.

Ruiz currently has no head trainer, after parting ways with Manny Robles.

Robles had trained Ruiz for both of his fights with Anthony Joshua.

He believes the contest would very good and he would expect Ruiz, if properly trained and motivated, to do very well in the fight.

"It would be an interesting fight and we'd have to see how Andy adapts to Ortiz's left-handed and highly technical style,'" said Robles to George Ebro. "But don't let people think it was a matter of luck for Ruiz to get that win over Joshua in the first fight. Andy is a very complete fighter, who adapts very well to the situation.''

World Boxing Council President Mauricio Sulaiman is also a big fan of the contest, which would pit Mexico vs. Cuba.

"It would be a spectacular fight that would generate a lot of interest," said Sulaiman. "We're talking about two of the big heavyweights of the moment, men who've been on big stages and in big fights. Why not?''

Why does Robles keep talking about Andy Ruiz? They just fired you man...have some dignity and move away. Good or bad, let Ruiz live his life. Why does he keep commenting on Ruiz? He should refrain from interviews regarding Ruiz…

[QUOTE=BrometheusBob.;20426403]I like this fight a lot actually. If Ruiz is serious about becoming relevant again, he should win this fight and retire Ortiz. [B]But this is a strong enough opponent that he could lose if he comes in sloppy[/B].[/QUOTE] Sounds…

Ortiz... "a waste of time"... all i can do is shake my head at that statement. Silly and comical at the same time. Ortiz will always be dangerous and relevant as long as he stays healthy and motivated. Put him…