Guerrero stalked Herrera from the opening bell, controlling the fight and landing hard punches periodically. In the fifth round, a big left sent Herrera sprawling to the canvas but he was able to get up and survive the round.

That was that, however. Herrera didn’t come out for the start of the sixth round and the fight was stopped. 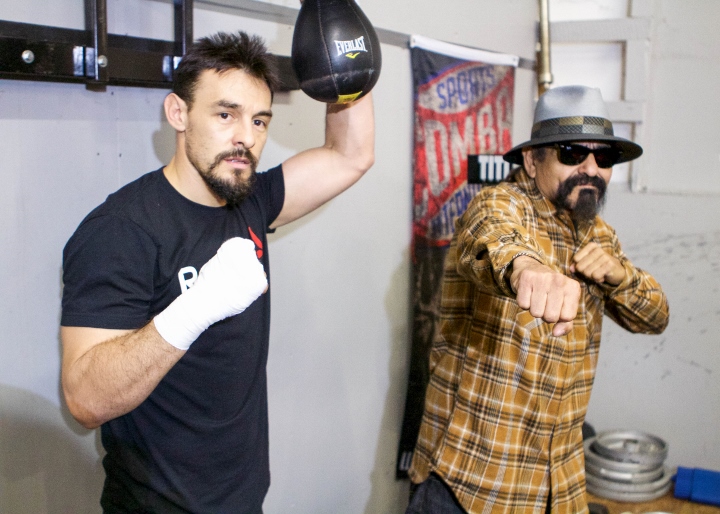 Guerrero (35-6-1, 20 knockouts) was coming off a second-round knockout of Adam Mate in December but lost his three fights before that in 2016 and 2017, to Danny Garcia, David Peralta and Omar Figueroa Jr.

In other fights on the card, former secondary featherweight titleholder Jesus Cuellar (29-3, 21 KOs) of Argentina stopped Carlos Padilla (16-11-1, 10 KOs) of Colombia 34 seconds into the second round of a scheduled eight-round lightweight bout.

Viktor Slavinskyi (8-0-1, 4 KOs) of Ukraine defeated Luis May (21-13-1) of Mexico by a unanimous decision in a six-round junior lightweight fight. May was shut out on two cards and won one round on the third.

And lightweight prospect Rolando Romero (8-0, 7 KOs) of Las Vegas needed only 62 seconds and a big right to stop Nicolas Velazquez (10-5, 3 KOs of Argentina in a scheduled six-rounder.

[QUOTE=BigStomps;19574289]Stick that up your ass maricon! We both know you like that![/QUOTE] You should keep your gay thoughts to yourself once in a while 😝

[QUOTE=MEXfistology;19573751]Hijo de tu puta perra Bomba Madre lmao!!! I gotta admit , you're making laugh 😁😂😭 butttt George of the jungle? Nutts? Chavala? C'mon get creative biltchh boy[/QUOTE] Punk I own you! You're my own personal biitch now!

[QUOTE=BoxingIsGreat;19573664]In fairness, that's the only caliber of opponents he can beat right now. I don't mind. At his best, he was a good fighter. Now he can do whatever he wants to make money, but he should stay away from…