Maidana had many high-profile fights, including his last two fights against Floyd Mayweather.

Before earning the right to fight Mayweather, Maidana had won four bouts in a row, including his 12 round unanimous decision victory over Adrien Broner. The fight was highlighted by Maidana's two knockdowns over the flamboyant fighter, who entered the bout unbeaten. 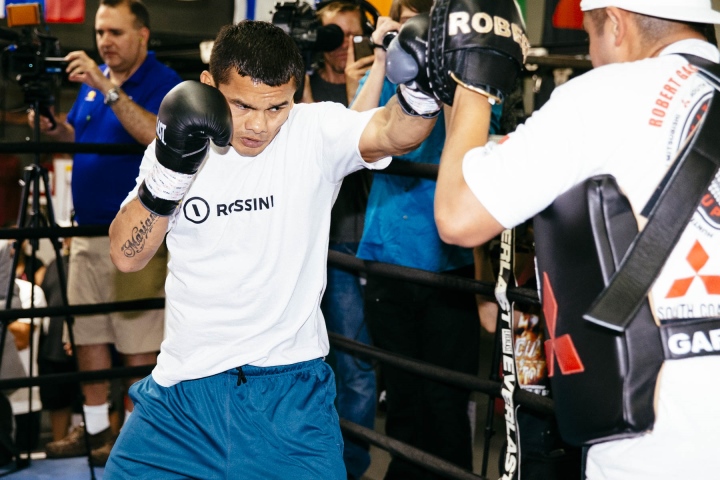 Many in boxing believe the success of Maidana was due to working with trainer Robert Garcia. Maidana, who is originally from Argentina, began working with Garcia in Oxnard, Calif. in the spring of 2012 after losing a one-sided decision to Devon Alexander in February of that year.

"'Chino' Maidana gave me some of my best moments as a boxing trainer," said Garcia in a text message to Boxingscene.com Wednesday afternoon . "Together we accomplished what very few thought we could do."

"When a fighter doesn't have the fire to continue fighting, it is best for him to retire, and that's the case with with 'Chino.' He is healthy, made a lot of money, and is very happy enjoying live with his loved one."

Maidana's had been out of the ring since September of 2014, when he lost by unanimous decision to Floyd Mayweather. The fight was a rematch from their fight four months prior, when Maidana lost a close majority decision loss to Mayweather.

"I support him in his decision to retire," said Garcia, who continued to work with unbeaten Fabian Maidana, the younger brother of Marcos.

[QUOTE=JASON SHAW;16940005]Lucas and chino are used to the gaucho lazy lifestyle! Great talents tho![/QUOTE] I bet your a fitness fanatic:gives: