Dallas’ Brooks (2-0, 2 KOs) is promoted by Errol Spence Jr., against whom Brooks spars sometimes. Crowfield, of Oklahoma City, lost by knockout or technical knockout for the fifth time in his four-year pro career (4-10, 3 KOs).

Brooks dropped Crowfield twice with body shots during the first round, but Crowfield survived to the end of that round. Brooks began battering Crowfield’s body early in the second round as well, which prompted referee Russell Mora to stop the action 43 seconds into it.

Crowfield was still standing when the bout was stopped.

Earlier Saturday night, Flavio Rodriguez bounced back from his first defeat by scoring a majority-decision victory over Japan’s Gaku Takahashi in a six-rounder.

As soon as the final bell sounded Saturday night, Terrel Williams and Justin DeLoach couldn’t help but smile and embrace.

Williams and DeLoach knew they had taken turns getting the better of one another throughout a back-and-forth, 10-round junior middleweight match on the Robert Easter Jr.-Rances Barthelemy undercard at The Chelsea inside The Cosmopolitan. Williams won a split decision that left DeLoach looking toward his corner once the result was announced.

Two judges, Dave Moretti and Kermit Bayless, scored their fight 96-94 for Williams. One judge, Steve Morrow, had it 96-94 for DeLoach. 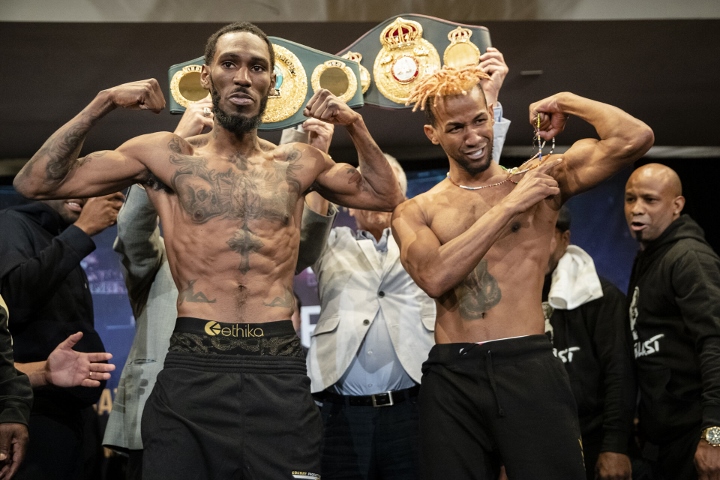 DeLoach typically fights at or near the junior middleweight limit of 154 pounds. He moved down to a contracted weight of 148 pounds for the chance to knock off Williams, who mostly fights at or around the welterweight maximum of 147.

In the bout before Williams-DeLoach, Dominican featherweight prospect Ranfis Encarnacion scored a second-round knockout of Jose Bustos. Encarnacion (16-0, 12 KOs) dropped Mexico’s Bustos (14-10-3, 9 KOs) three times before their scheduled eight-rounder was stopped 28 seconds into the second round.