Robeisy Ramirez: Shakur Is A World Champ, A Fight I Want Down The Line

While this year has been one to forget for most of the world, Robeisy Ramirez has turned it into a fresh start.

Four months after enjoying a Miami hometown showcase, the two-time Olympic Gold medalist picked up his quickest pro win to date. It took just 0:54 of ring time for the 26-year old Cuban southpaw to dispatch Dominican Republic’s Yeuri Andujar, live on ESPN from the MGM Grand Conference Center Grand Ballroom in Las Vegas in what served as the first televised fight on American soil since March 13.

“It was an honor to be the first fight back, and I am proud of the performance I gave tonight,” Ramirez (3-1, 3KOs) told ESPN’s Bernardo Osuna shortly after his win. “My pro debut is long behind me, and I am progressing with every fight. I hope to return shortly.” 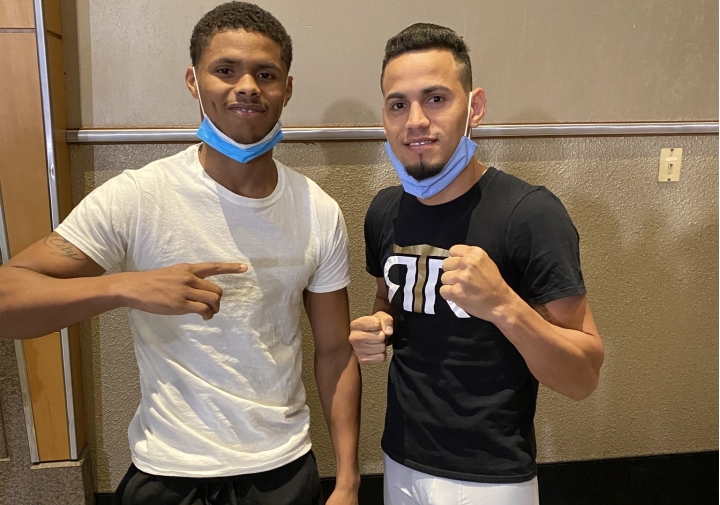 The win makes it three straight for Ramirez since suffering a stunning split decision loss in his pro debut last August. The defeat left him rendered as a high-priced bust according to so-called boxing experts, though he has since been a knockout every time out. Each win has been quicker than its predecessor, although it will be tough to make it any earlier of an evening than was the case in this bout.

Ramirez’s bout served as the televised opener of a modified five-fight card, headlined by amateur rival Shakur Stevenson (13-0, 7KOs) who stopped Puerto Rico’s Felix Caraballo in six rounds. Ramirez edged out Stevenson for his second gold medal in the 2016 Rio Olympics, barely edging him in the bantamweight finals.

Both currently fight under the Top Rank banner, which is hardly a coincidence. The hope is for Ramirez to develop into a formidable challenge for the current unbeaten featherweight titlist, although such a fight would have to take place at a higher weight with Stevenson eyeing a run in the 130-pound division.

Of course, that matchup is a long way from reality. For now, he will continue to make the most of a year that has been far kinder to his career than has been the case for most others in everyday life.

“Shakur is a world champion, and that’s a fight I want down the line,” Ramirez insists, though fully prepared to earn that opportunity. “But I have to continue my winning ways and prove that I’m worthy of that opportunity as a pro.

“I have a great trainer in Ismael Salas, who continues to add dimensions to my game. He is the man to lead me to a world title.”

He still hasn't lived up to the expectations at all as a pro but i still won't count him out just yet.

Those last three wins were 10-4 total, and the last one had 3 of the losses. He's dragging that gold medal around like it was a mistake.

He should be forced to rematch the guy that beat him next. If you not going to run it back then no one should call it a fluke.

Olympic gold medalist is still beating up kids. That last one was the worst, but Robeisy looks good? None of these guys are as good as the guy who beat him, not even close. He's tearing through the kiddy class.