Two time Olympic gold medal winner Robeisy Ramirez is hoping to return to the ring on June 9 in Las Vegas, if the Nevada Athletic Commission gives the go-ahead to Top Rank, the boxer's promoter.

That show is likely to be headlined by Ramirez's amateur rival, WBO featherweight champion Shakur Stevenson, who had to settle for a silver medal after Ramirez beat him at the 2016 Rio De Janeiro Games.

Top Rank is looking to stage a series of shows in Las Vegas, starting in early June. 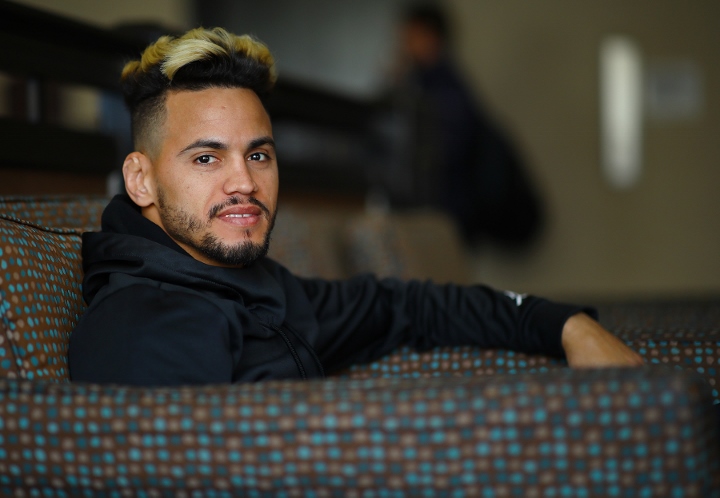 Boxing has been more or less on the shelf since mid-March, when the coronavirus pandemic exploded and lockdown orders were issued around the world.

Ramirez was shocked in his pro debut last year, getting dropped and losing a four round split decision. He has since bounced back with two knockout victories under the guidance of Ismael Salas.

Inactive since February, he's hoping to get back to work in the ring to make up for lost time.

"[The pandemic has] really been a very strong thing that shook everything in society, so imagine sport and boxing. It's been a time where one can evaluate what can happen to one's career. Las Vegas looks like a ghost town. It is not known when casinos will open.," Ramirez told George Ebro.

"I was told to be ready by June 9. That must be the first evening of boxing's return, and there's Shakur Stevenson [on the card]. I'll be there too, because they seem to want start raising the profile of a future fight between the two of us. It won't be now, but it's going to be good for the fans to see us together fighting on the same night.

"For sure the rematch is going to take place at some point. He has not forgotten the defeat at the Olympic Games. He mentions it all the time. That's going to come, because Bob Arum knows that fight can generate interest, money. I also think there may be a fight against Michael Conlan and, much later, even Vasyl Lomchenko. I have a lot of options in my career. But Shakur's coming. It has to happen.'

"It's certainly not been a conventional camp. I haven't had my trainer the whole way nor have I been able to have sparring sessions, but I've been training for weeks. I know it's not ideal, but we're all like this. There will be no excuses or pretexts.have them with me a lot of time.''

Sound practically official that June 9 is boxing turn. I am happy with all their planning they did. Hope for the best. :boxing:

Good to see the June 9th card coming together. With only 5 fights (or so) per card and no audience, this is the type of undercard fight I expected.