Rob Brant is Interested in Facing Canelo or GGG after Murata

On July 12th, WBA "regular" middleweight champion Rob Brant will face Ryota Murata (14-2) in a rematch of their October, 2018 fight that Brant won via unanimous decision.  This time Murata will have the home court advantage with the fight taking place in Osaka, Japan. The fight will stream live on ESPN+.

Brant believes that while Golovkin may not be at the peak of his career, he still is a very dangerous fighter.

“The trouble is not hitting Golovkin. The trouble is getting hit by him. One thing Steve Rolls, who is a relatively unknown dude but definitely a very talented fighter - he proved that just about anybody can lay gloves on Golovkin but you have to be disciplined all the way through in order not to get those gloves back on you because again he has devastating knockout power,” Brant recently told BoxingScene.com.

“Yes he may have lost a little bit of a step but the power is the last thing to go and that’s what he has always been known for. The second you feel like you have him best and they he has lost it all you get hit by that shot and that could be the end of it. He’s got some good fights left in him. I think he is looking for one or two really big fights especially against Canelo but he doesn’t have a whole lot of time left. So he needs to make it happen now.” 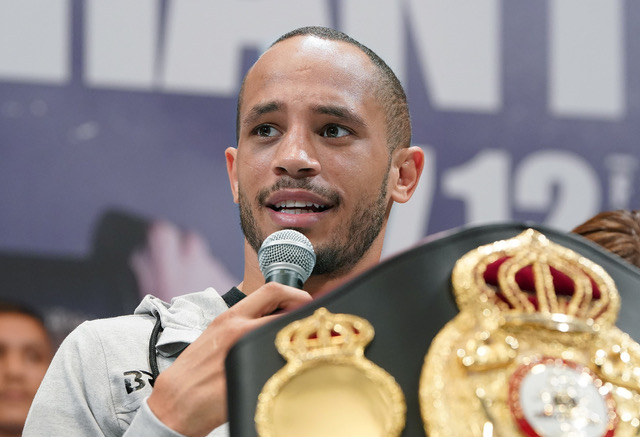 A few weeks prior to Golovkin’s fight, Canelo Alvarez won a close unanimous decision over Daniel Jacobs. Brant was very impressed with Alvarez’s performance and feels that making 160 pounds may be taking it’s toll on Jacobs.

“I think Canelo looked great. I think Jacobs looked a step behind. I think moving up to 68 is the best move for him. He’s very talented. I have always looked at Jacobs as being one of my favorite fighters considering I played as him all the time on the Fight Night game but he clearly lost the fight. It was a great fight but it proved that Canelo is the top dog at 160,” said Brant.

The Minnesota native would love to face either fighter after Murata.

“Absolutely, but none of that happens unless I beat Murata. Once that happens I want to fight Canelo. I want to fight Andrade. I think it’s the responsibility for all the middleweight champions to fight each other to make an undisputed champion which I don’t think has happened since Jermain Taylor,” Brant explained.