The former WBA world middleweight champion therefore would prefer to avoid a return to Ryota Murata’s home country. Brant ensured a third fight with Murata when he stopped Vitaliy Kopylenko following the fifth round Saturday night in Las Vegas because Murata is contractually obligated to that third meeting.

Tokyo’s Murata beat Brant by second-round technical knockout in their rematch 13 months ago at EDION Arena in Osaka. Pandemic-related travel restrictions would prevent the third Murata-Brant fight from taking place in Japan anytime soon, but Brant hopes his opportunity at redemption comes elsewhere even if he can travel to Japan to meet Murata again.

“I would prefer for it not to be in Japan,” Brant told BoxingScene.com, “just because of the flight and the camp and everything. … I don’t think that portion of it is in the contract. That’s something we can negotiate, which I leave up to Top Rank.” 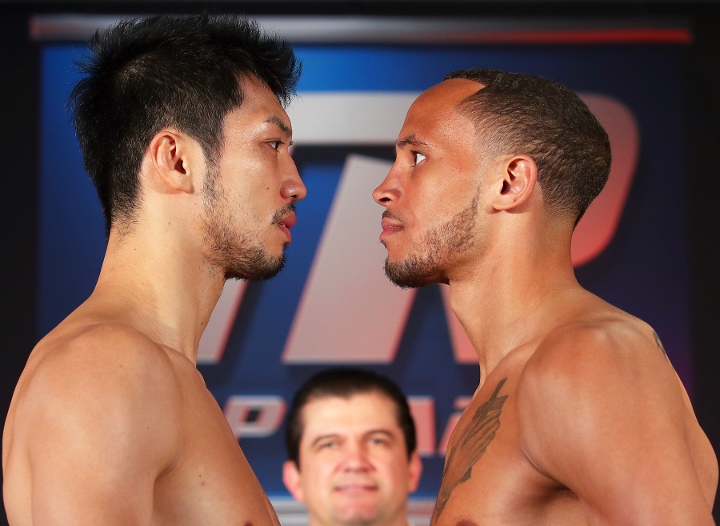 The 34-year-old Murata (16-2, 13 KOs) is a mainstream star in Japan, but the one-sided nature of their rematch might make Murata-Brant III a tough sell even in a country where Murata is wildly popular. That’d be fine by Brant (26-2, 18 KOs), a Dallas resident.

“It was a very wild experience,” Brant recalled, “especially to face someone with that level of fame in their home country and have the lights that bright, metaphorically speaking. It was a huge event in Japan, so it was definitely a valuable experience to go through that. Obviously, it didn’t go the way I wanted it to go. But I would say I definitely took a lot away from it as well.”

Brant underestimated Murata’s level of fame before he arrived in Japan for their rematch last summer.

“I knew he was a big star there,” Brant said, “but I didn’t know to that extent, where people were waiting at our hotel to take pictures and things like that. They had to usher people away from the hotel. He’s a huge star over there and I did not expect it to be at that level. It was a crazy experience. The Japanese fans are very devout fans.”

The 29-year-old Brant realizes that the site of their rematch wasn’t his primary problem, though. Wherever their third fight takes place, Brant knows he must approach Murata much more cautiously than how he went at him in their rematch.

“I think that I had the wrong game plan,” Brant said. “That would be the biggest problem. I wanted to break the CompuBox record for punches thrown because I was two punches off the first time that I fought Murata. So, it was like, ‘I’m gonna try to beat that record. I’m gonna try to throw the extra three punches to get my name in the history books.’ But that’s not always the wisest thing when someone’s as hard of a puncher as Murata is.”

Brant took a smarter approach to Ukraine’s Kopylenko (28-3, 16 KOs), a lesser puncher than Murata who hadn’t fought in 15 months before he battled Brant. Their scheduled 10-rounder was stopped by referee Jay Nady following the fifth round at MGM Grand Conference Center.

Brant fought for the first time since Murata stopped him. His lengthy layoff was caused in part due to surgery to repair a torn left biceps in mid-December.

The most intriguing of any trilogy so far. Which Murata and which Brant will show up?

Why not target Andrade he got nobody to fight right now

:lol1: He fkn what? He says he went into the fight with the goal of breaking the compubox record for most punches thrown? Just a thought Rob, but perhaps your goal shoulda been to win the fight rather than to…

Understandable but guessing it generates a lot more in Japan

It wasn’t the location that got you knocked out, Rob.