Rigondeaux's Manager is Furious: The WBA Had it in For Us!

As BoxingScene.com reported on Tuesday, the World Boxing Association made good on their November decision, as they stripped two-time Olympic gold medal winner Guillermo Rigondeaux (17-1, 11 KOs) of the WBA "super" title at 122-pounds.

Rigondeaux, who was facing a mandatory order to have a rematch with Moises Flores, applied for special permission to move up by two weight divisions to challenge WBO super featherweight champion Vasyl Lomachenko (10-1, 8 KOs) last month at The Theater in Madison Square Garden in New York City.

While the WBA approved his request, they also warned the Cuban boxer that he would be stripped of his world title if he was beaten. If he won, then Rigondeaux would have five days to make a decision regarding which world title he planned to keep. 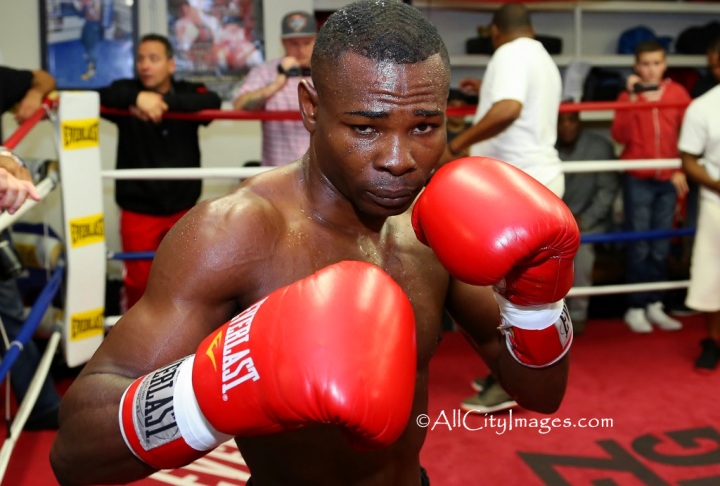 Rigondeaux was dominated over six rounds of action and then refused to fight any further, as he cited an injury to his left hand in the corner.

When the WBA released their most recent ratings, Rigondeaux was officially removed from his world title position.

As it stands, Danny Roman - who previously held the WBA's "regular" title at the weight - is now the organization's full titleholder.

"I think it's very unfair," Bornote told ESPN. "We fought at 130 pounds. What does that have to do with anything at 122 pounds, where Rigo was champion? They just had it in for us. His inactivity has totally screwed him. Rigo has been inactive and when you're inactive the WBA is not getting any sanctioning fees, so they've had it in for us.

"They put us in a bad position before the fight by giving us that kind of choice. We had to pay the WBA a [$15,000] fee to get a special permit to fight Lomachenko for his WBO title, and the WBA said we'd lose the [junior featherweight] belt if we lost he fight. So, in essence, we were fighting for both belts that night. But at that point we had already signed for the fight, so what are we gonna do? Was he not going to fight?"

[QUOTE=BendOver;18402566]Jesus!, one quitter doesn't ruin boxing. All the other you mentioned does. The guy quit, so what? He was trying to cash in because other "quitters" like frampton, quigg, st+, and mares didn't have the balls to fight him. Instead…

[QUOTE=Sir_Didymus;18402359]I was a fan. After he QUIT if he was man enough to admit of I would forgive it but wouldn't watch any of his fights anymore. Instead we got lies. He can fúck off. Didn't even give his opponent…

The sanctioning bodies are all sus. The IBF took bribes for [B]over 13 years[/B]. The WBO handed Canelo and Crawford mandatory positions at 160 and 147 respectively. The WBC made Garcia vs Rios a title eliminator.

I was a fan. After he QUIT if he was man enough to admit of I would forgive it but wouldn't watch any of his fights anymore. Instead we got lies. He can fúck off. Didn't even give his opponent…