Ricky Burns Not Ready To Retire, Motivated To Continue Career

Former three division world champion Ricky Burns, 36-years-old, has no intention of calling an end to his career just yet.

Burns, who turns 37 on April 13, has never been stopped in 52 professional fights and has captured world titles at super featherweight, lightweight and junior welterweight.

“I’ll know myself when it is right to step away, and I won’t kid myself on,” Burns said to The Scotsman. “If it came to the point I was struggling to get out of bed in the morning at the thought of training, then that would be telling. But I love training, and have loved all this running. Boxing is so tough that if your head’s not in it, you need to get out of the sport. But I am as focused and fired up as ever.

“I think I’ve maybe a couple of years, and two or three fights, left. I’d love to finish my career in Scotland, with one last big fight in the Hydro. Nothing has been mentioned, everything is on hold of course, but I’m hoping to get one fight before the end of the year and I hope I can perform again in front of those crowds who have been so good to me, and made for nights so special to me.” 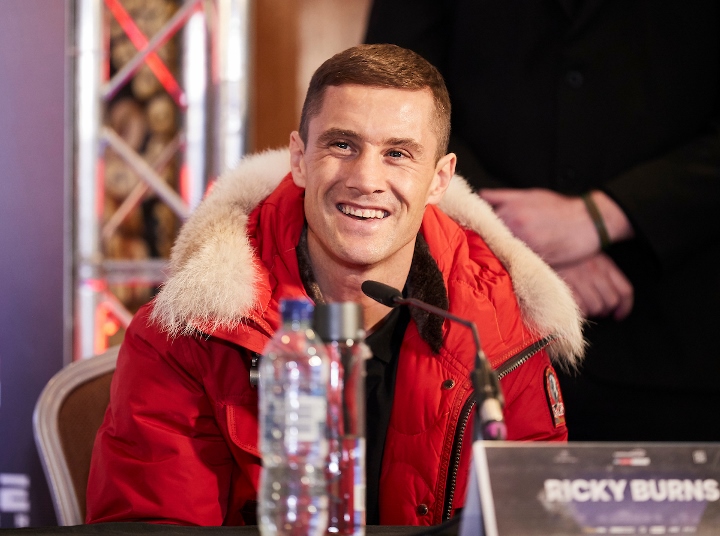 Burns has been out of the ring since October of 2019, when he lost a competitive split decision to another former champion, Lee Selby. It was Burns' only fight of 2019.

The loss to Selby snapped a two fight win streak. Burns has lost three of his last five, and eight defeats total overall. All of his defeats since 2007 have come at the hands of current or former world champions.

Because of the ongoing cornavirus pandemic, there is no exact timeframe on when or where Burns will return to the ring.

“There are always prominent names looking for fights on big nights. Alex [Morrison, Burns’ manager] knows my attitude. There were a couple of fights last year that fell through, but when this coronavirus situation eases, we’ll get down south to see what is on offer and take it from there," Burns said.

The Rickster vs AB loser must retire

Wow. Good for him. That’s dedication