As previously reported on BoxingScene.com, former world champion Ricardo 'El Matador' Mayorga (31-9-1, 25KOs) was planning to return to the ring in December in Managua, Nicaragua. The fight would headline an event being promoted by Bufalo Boxing Promotions, which is run by former world champion Rosendo Alvarez.

Mayorga has been out of the ring since last August, when he was knocked out by Shane Mosley in the rematch which took place at The Forum in Inglewood, California.

According to Alvarez, he wants to add former IBF bantamweight champion Randy Caballero (23-0, 14KOs) to the card and make it a doubleheader. 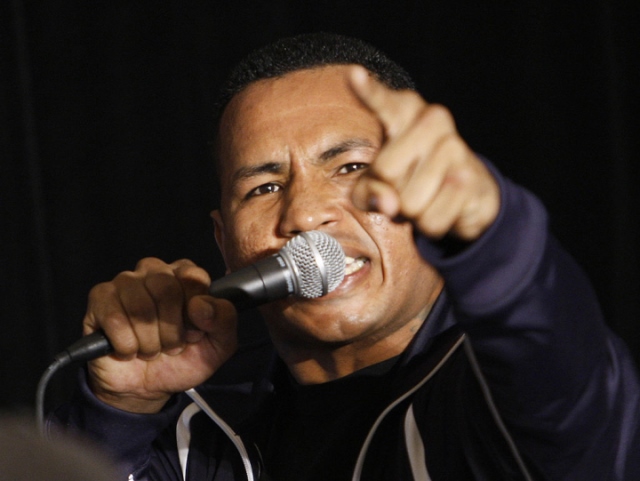 According to Alvarez, the date being targeted for the event is December 3rd at Puerto Salvador Allende, and he plans to have 'free admission' for all of the locals as a 'Christmas present' to the Nicaraguan fans.

The last time Mayorga fought in Nicaragua was December 20, 2014, when he knocked out Mexican Andrik Saralegui. In his most recent fight, last year on the 29th of August, was knocked out by Shane Mosley in a rematch. Since then he's remained inactive for more than a year.

Prior to that he was shifting his career to Mixed Martial Arts, but had a very bad run. That stint led to inactivity from 2011 to 2014.

Meanwhile, Caballero has not stepped in the ring February 5th of this year. He became inactive after his promotional contract expired with promoter Golden Boy Promotions. After months of negotiations, they were unable to reach an agreement and right now the boxer is just eager to get in the ring.

Prior to that, Caballero was scheduled to make a mandatory defense of his IBF title against Lee Haskins on the Miguel Cotto-Canelo Alvarez card last November. The fight never happened when Caballero was more than 5-pounds over the weight limit. He was stripped of the belt. Haskins, who was the interim-champion, became the full beltholder.

Go away already Mayorga! He hasn't been relevant since ODLH lit his ass up.

2 me, Randy has squandered his career & is not a threat 2 any title ...Mayorga ,what can I say nothing??

El matador is Back.