Sanman’s first promotion for 2019 will feature its top two prospects fighting against marquee opponents on February 9 at the Midas Hotel and Casino. The event is also presented by ESPN 5.

“This will be an exciting night of boxing. Filipino boxing fans will be treated to seeing our top boxers fighting at home. We assure of of an even more exciting undercard to be announced soon”, Sanman CEO JC Manangquil stated.

The event will be televised live via ESPN5. 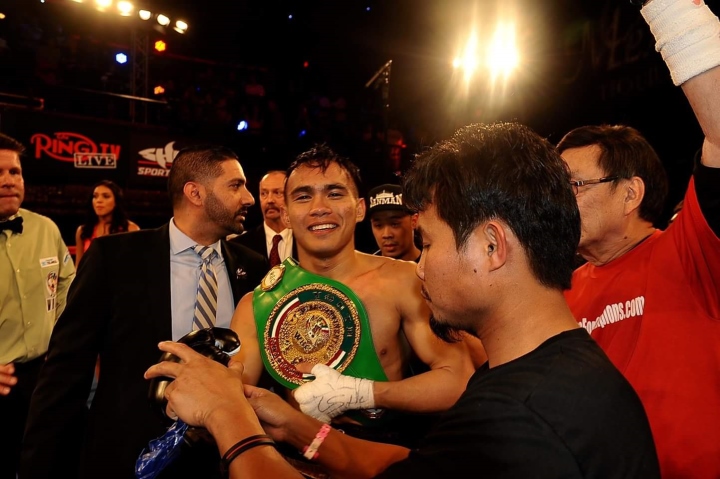 IN OTHER NEWS: They say there is no place like home, and Maurice Winslow III is ready to find out when he returns to his birthplace of Raleigh, North Carolina to fight and earn his second professional win Friday, February 8th on the One Empreus signature boxing series card titled "I Am Empreus" at the J.S. Dorton Arena located on the NC State Fairgrounds.

Winslow 1-0 (1 KO) made a successful pro debut in September of 2018. Winslow forced his veteran opponent of seven fights to quit on his stool in the second round of a scheduled four found fight. Winslow started with a bang and is now ready to give his fans, friends, and family plenty to cheer about in his homecoming fight.

Winslow, who was raised in a family of boxers, began boxing at the early age of five. After fighting in over one hundred amateur bouts, winning four Golden Gloves and a national championship, Winslow is focused and confident he will become a champion. "When I come into the ring, I am focused on strategically taking my opponent out. I am ready to destroy. Outside the ring, I am totally different. I am focused and confident, but I am a humble gentleman who is extremely respectful."...Maurice Winslow III.