Rey Vargas and Tomoki Kameda are set to pick up where they left off more than a decade ago. The former amateur rivals both made weight ahead of their super bantamweight title fight Saturday evening at Dignity Health Sports Park in Carson, Calif.  (photos by Tom Hogan/Hoganphotos).

Vargas and Kameda both tipped the scales at 121.4 pounds for the DAZN-streamed headliner. 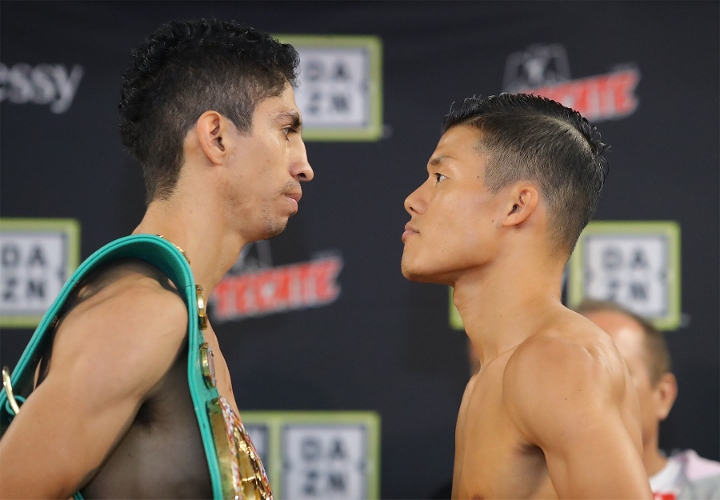 The bout will mark the fifth defense of the 122-pound title for Mexico's Vargas (33=0, 22KOs), who won the strap in a 12-round decision over Gavin McDonnell in Feb. 2017 on the road in England. In his most recent start, Vargas made his DAZN debut in a lopsided decision win over Colombia's Franklin Manzanilla. The bout was also his first following a lengthy stint on the sidelines while recovering from injury.

Vargas took over from round 6. those body shots took a toll on tomoki.

To close fight they pretty much evenly match.