Undefeated Mexican fighter Rey Vargas, who is the current super bantamweight world champion of the World Boxing Council (WBC), is very excited to continue the next stage of his career with Al Haymon's Premier Boxing Champions.

PBC have exclusive content deals with Showtime and Fox Sports. In 2019, he ended his promotional contract with Golden Boy Promotions, who are tired with streaming service DAZN.

Vargas, 29 and having a 34-0 professional record with 22 knockouts, has made five defenses of the 122-pound WBC titles, which he has held since February 2017 when he beat Gavin McDonell at home. 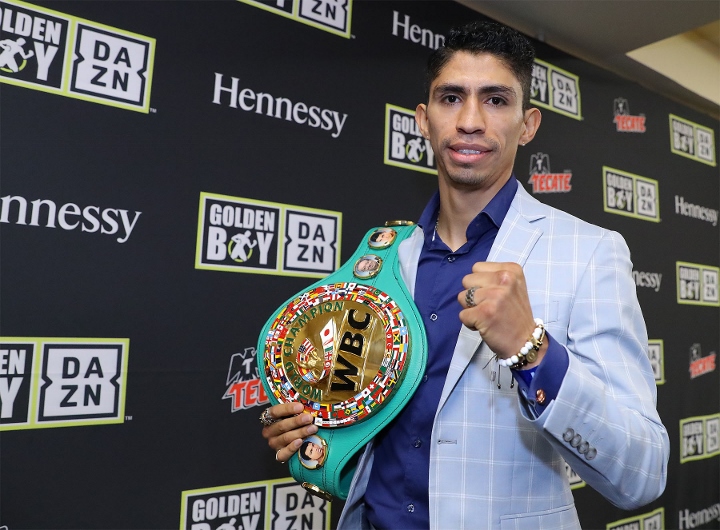 Vargas has not fought since last July, when he defeated Japanese former world champion Tomoki Kameda in a battle on Californian soil. That was Vargas' last fight under the Golden Boy Promotions flag.

In 2020, he said, there is still no specific date, but he said that the change of promoter not only motivates him, but causes him to imagine great things in his career.

“It's official, I signed with PBC, thank God everything happened, we are looking for the best fights now, fights that I deserve. I'm with a promotional company with which I think I'm feeling comfortable, that is giving me the position I deserve and soon we will be back,” Vargas told ESPN Deportes.

There are several options for Vargas with the PBC banner, including Brandon Figueroa, who holds the WBA "regular" world title. If he decides to go up to the featherweight limit of 126-pounds, like WBC champ Gary Russell Jr. or Leo Santa Cruz.

Funny how Al Haymon have never built up a fighter. They were all built by Golden Boy and when they signed with Haymon, they went down hill.

So what are you crying about amiga? Ray was making $20k a fight on golden girl main events infront of 500 broke latin0s lmfaoooooooo

So what? Golden girl used him to fight bums for their bum cards with 500 people in the crowd lmfaooo... Now he will be on som big undercards like luis nery has been... Stop crying and go clean oscarina de…