Michael Conlan gets a homecoming fight for just the second time as a pro. The two-time Olympian and current unbeaten featherweight headlines Saturday’s edition of Top Rank Boxing on ESPN+ which airs live from his hometown of Belfast, Northern Ireland.

In the main event, Conlan faces Argentina’s Diego Ruiz who enters as a replacement opponent. Original plans called for a grudge match with amateur rival Vladimir Nikitin, a Russian Olympian who infamously claimed a controversial win over Conlan in the quarterfinal round of the 2016 Rio Olympics.

Top Rank signed both boxers out of the amateurs, with the intention of one day staging this event. It will have to come down the road, as Russia’s Nikitin suffered an injury and was forced to withdraw from the promotion.

Conlan (11-0, 6KOs) has fought just once before in Belfast and only twice overall in the United Kingdom. Both occasions came in a six-month span in 2018, returning home for a win over Adelison Dos Santos last June and then claiming a points win over Jason Cunningham last December in Manchester, England. 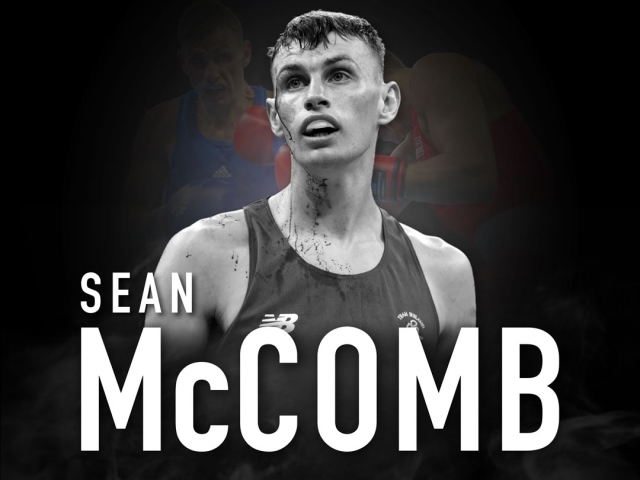 Referee Paul McCullough was the contest’s lone arbiter, ruling 79-73 in favor of McComb (8-0, 4KOs) who won by the right score but worked much harder than the final tally suggested.

Garrido (24-25-3, 6KOs) carried into the ring a reputation for fighting well above his less than appealing ring record. The French journeyman has proven fits for many a rising prospect, this bout not at all proving to be an exception. McComb passed the test, but endured a cut over his right eye from a headbutt in round four and all sorts of frustration for his efforts.

Still, the 6’0” southpaw from Belfast provides a style nightmare of his own, particularly for the division. The 26-year old never slowed over the course of the grueling eight-round affair, scoring with punches both at close quarters and at long range, where he enjoyed a significant advantage as long as he was able to control the distance.

It wasn’t always the case, as Garrido closed the gap in the final two rounds in his best effort to make a dent on the official scorecard. It proved for naught, but granted him well-earned applause from the partisan crowd, further winning over the fans by hoisting McComb on his shoulders and parading him around the ring at fight’s end.

Belfast’s Padraig McCrory dug deep to preserve his unbeaten record, turning a tightly contested fight with Steve Collins Jr. into a career-best win in stopping the second-generation boxer in the 8th and final round.

The two-way action made for a fever-pitched livestream opener. Dublin’s Collins Jr. (14-3-1, 4KOs)—whose father Steve Collins was a former super middleweight titlist and an integral part of the 1990s boxing scene in Ireland and England—was determined to play the role of spoiler, providing fits for McCrory who was extended past six rounds for the first time in his young career.

With the fight very much on the line, McCrory (11-0, 5KOs) came out firing in round eight. Earlier body work took its toll on Collins Jr,, who was stationary just long enough to get drilled with a right hand along the ropes. The potent shot was a momentum changer in a big way, with McCrory pummeling Collins Jr. until forcing referee David Irving to intervene.

Also on the undercard, three-time Olympian and two-time medalist Paddy Barnes returned to the ring and the win column with a six-round decision over Joel Sanchez (4-7,2 KOs), an upside-down Argentinean journeyman from Spain. Barnes (6-2, 1KO) was deemed a 60-55 winner on the lone scorecard, the bout coming less than five months after vowing to retire following a shocking points loss to Oscar Mojica this past March in New York City.