Twelve years ago this week, after tracking me down at a Quonset hut in Parts Unknown, the powers-that-be at Boxing Scene deemed it wise to devote a weekly chunk of column space to a guy from Niagara Falls whose fandom traces back to when the WBA only had one champion (gasp!) per weight class.

That first Tuesday column was written in the wake of a big welterweight weekend on HBO, which not only rebroadcast the previous week’s Margarito-Cotto pay-per-view bout for the WBA title but also showed a live match between Zab Judah and Joshua Clottey for the IBF’s vacant strap at 147 pounds.

As was frequently the case during his time with the “Network of Champions,” the undisputed champion of the broadcast crew that night was Emanuel Steward.

Many who’d backed Margarito to win blasted Jim Lampley and Max Kellerman for what they considered homer treatment of Cotto, while those who’d leaned toward the Puerto Rican to begin with suggested the pair’s comments lauding Margarito’s constant pressure ignored the one-sided nature of exchanges – usually won by Cotto – on between-rounds highlight packages.

Steward, though, was far above it all.

Typically using 10 words for every 50 lobbed by his teammates, it was the Kronk guru alone who seemed to sense what would happen from the minute the fighters first engaged in round one.

Steward was prescient and precise when given openings, and forecasted as early as round three – even as Cotto was putting rounds in the bank – that the stretch run would be a withering challenge.

He reiterated in each subsequent round, and was far ahead of the curve in the seventh, saying “Cotto has won pretty much every round, but the momentum is definitely going toward Margarito.”

Later, when Cotto sat on the middle rope to elude an onslaught, Steward cleverly pointed out, “The next step from the middle rope is the floor, and he’ll be sitting there if he doesn’t do something soon.”

The TKO he’d predicted came in the 11th, with Cotto up on two cards and even on the third.

“Though he’s not so clear in his viewpoints every time out and oft-times gets lost under the dueling profundities of his colleagues,” I wrote back then, “Steward was as consistently and devastatingly effective outside the ring on fight night as Margarito was in it on Cotto. 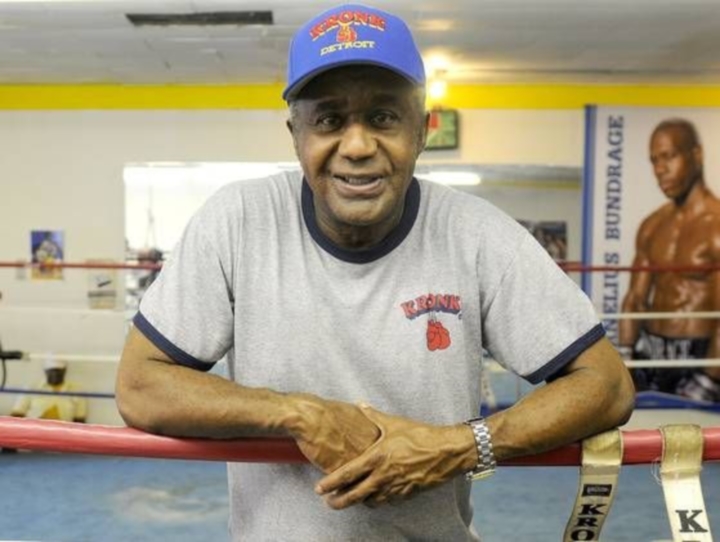 “Manny was a respected colleague who taught us so much not only about the sweet science but also about friendship and loyalty,” Hershman said back then. “His energy, enthusiasm and bright smile were a constant presence. Ten bells do not seem enough to mourn his passing. His contributions to the sport and to HBO will never be forgotten.”

It's been nearly eight years since Steward’s death, and almost two since HBO bowed out of the boxing business with a tearful Lampley send-off in December 2018.

The analyst and veteran blow-by-blow man worked together at the broadcast table for 11 years and developed a close friendship that Lampley recalls even now each time he looks at his desk – and sees an image of the man he still labels a brother, and last saw at his wedding in August 2012.

Steward left the party early with stomach pain, Lampley said, and was in oncology days after.

“He was a very good expert commentator whose love for the fighters was always front and center. He was an even better man, maybe the best I have ever known,” Lampley said. “I have known many truly great human beings, but none greater or more meaningful to me than Emanuel.”

And yes, he said, it was Emanuel.

Not Manny, though Steward himself was usually too polite to correct anyone.

“Cosell called him Manny, so a lot of others did, too, but that was never right,” Lampley said. “He disliked it, but let it go. I didn't, and I would correct people. He was never Manny. He was Emanuel. Forever.”

And though Steward was clinically spectacular in his role on that first Margarito-Cotto fight, Lampley suggested the veteran trainer’s emotional calls during the first Gatti-Ward fight – in May 2002 – were the ones that most resonated with audiences and cemented his place on the HBO team.

“You dream of fights like this, but very seldom do they live up to the expectation,” Steward said during a particularly hellacious ninth round, in which Gatti was floored and both fighters were battered before rallying. “This is even more than you could dream of. This should be the round of the century.”

“I think viewers most connect to his sheer ebullience. Unforgettable,” Lampley said. “I expected him to be earthy and analytical, and I was right. But we were so in love neither of us could be objective about it. We were going to get to spend countless weekends together talking fights and fighters.

“An incomparable gift from the universe. Couldn't have been better. Later I felt the same way about Roy, also a brother from another mother. But Emanuel was from my generation. He adored my children, watched them grow up, and they adored him.”

Deontay could have used training from Steward. He was great with tall fighters with a rangy offense

[QUOTE=LoadedWraps;20700877][COLOR="Red"] Nothing overrated about him. He was a great fighter fighting in an era of great fighters where some were even greater than him. Solid HOF career. Fought everyone. Didn't beat everyone. It happens. [/COLOR][/QUOTE]Fool's good, he was good but…

[QUOTE=juandabomb;20700129]Correct, the win was sponsored by Manny Pacquaio. I will keep saying it over & over that Cotto was a good fighter but too overrated. Couldn't beat most high level fighters in their prime or when healthy[/QUOTE] [COLOR="Red"] Nothing overrated…

I miss Emanuel calling fights. I often watch fights he commented on just to listen to him. Truly one of the greatest trainers ever. Anyone remember the Taylor vs Spinks fight? :lol1: Steward was pissed in the corner yelling at…