The General Secretary of the Russian Boxing Federation, Umar Kremlev, disagreed with the outcome of Saturday's big fight at the MGM Grand's Conference Center in Las Vegas. 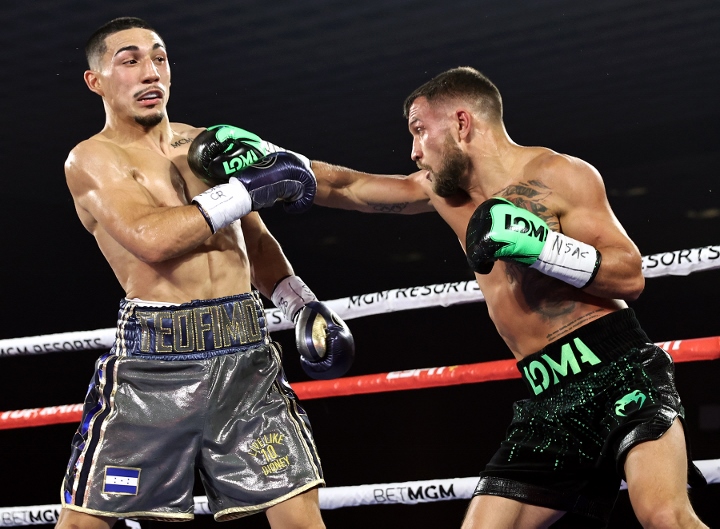 The victory raised Lopez's record to 16-0 and dropped Lomachenko's tally to 14-2.

"My personal opinion is, it's very sad when the judges judge in this manner. It was evident that Vasily won. You don't have to live the American dream, you have to achieve your goal," said Kremlin to tass.

"In professional boxing, they don't revise [an outcome], you can't return it, you need to prepare for a rematch. It reminded me of the fight between Golovkin and [Canelo] Alvarez. Vasily still has everything ahead of him, but in a rematch, if he does not win ahead of schedule [by stopping Lopez], it will be hard to win."

Former cruiserweight world champion Grigory Drozd was surprised with the way that Lomachenko boxed in the contest - where he barely threw any punches for the first six rounds, before raising his level of activity once the second half began.

“It immediately struck me - Lopez is clearly bigger, wider, has good speed and a good punch,” Drozd said to Ria Novisti. “And the impression was that Vasily was either not ready for such physical dimensions, or he did not adapt to a heavier weight division.

"It was noticeable that Vasiliy thought too much about defense and practically did not take any risks. And he boxed in an unusual, somewhat passive manner. He looked constrained and constricted. And this always speaks of some kind of psychological story when you understand that your opponent is hitting harder and his speed is better than expected."

[QUOTE=bluebeam;20824066]The right man won the fight.[/QUOTE] You're aware I said 115 to 113 sounds right Im just making a hypothetical if had Loma won the last round which would be a draw but with the wide margins of them scores…

[QUOTE=alexjust;20824682]Oh no, we had such an interesting conversation and you ran away so quickly...:)[/QUOTE] Turns out, you are a rather persistent "keyboard warrior" after all.

[QUOTE=BaguMka;20824609]Exactly how I saw it. Unfortunately most of people who agreed with judges scorecards are simply haters of white fighters such loma, usyk, kova, GGG. I remember when these clowns were claiming "look GGG face was busted" now they saying…

[QUOTE=Kiowhatta;20823706]Lopez didn't land anything. It was the first 4 rounds that Loma was on his bike, but every day commenters keep giving Lopez more rounds. how do you score rounds where one guy is coming forward, missing, getting blocked, and…