Rau'Shee Warren: Back In May, Then Go After These Guys With Belts

NASHVILLE—For as many complaints that came from boxing fans about his latest fight not being aired or streamed, the only thing that mattered to Rau’Shee Warren was seeing an opponent in the opposite corner and hearing the opening bell.

“Man, that stuff don’t matter to me at all,” Warren (17-3, 4KOs) told BoxingScene.com of his non-televised undercard appearance on Saturday’s show at Bridgestone Arena in Nashville, Tennessee.

“I’ve been out since the Manny Pacquiao-Adrien Broner fight (last January, with Warren dropping a 12-round decision to Nordine Oubaali on the undercard), so it was time to get busy again.” 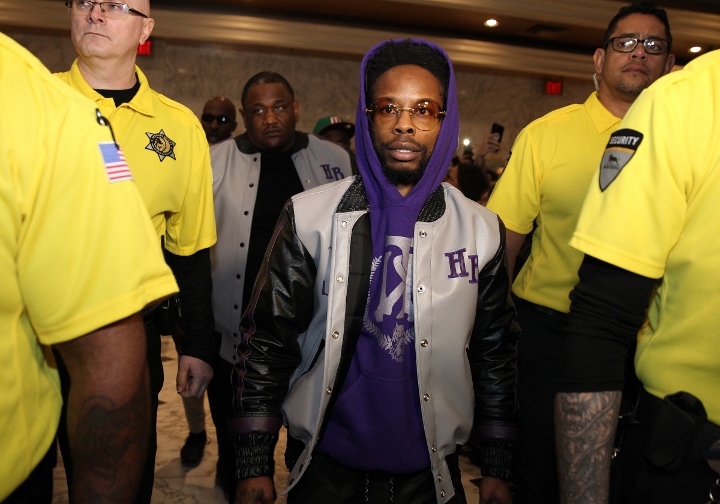 The three-time Olympian and former bantamweight titlist did just that, pounding out an entertaining yet one-sided 10-round decision over Mexico’s Gilberto Mendoza (15-8-3, 7KOs). The bout took place about two hours before the cameras began rolling for a Premier Boxing Champions (PBC) on Fox tripleheader, but with plenty of fans on hand to witness his bout, including several bus and carloads who made the trip from Warren’s hometown of Cincinnati, Ohio.

“Oh man, it was humbling to hear them cheers when I came out the tunnel,” admits the southpaw, who just celebrated his 33rd birthday prior to fight night. “I was happy to hear all these folks come out here and root for me. Cincinnati came down and I gained some Nashville, Tennessee fans too.”

The plan moving forward is to hear the cheers far more often.

“Then after that, get in there go after these guys with belts and get my title back.”