Scores were 60-54 in favor of Martinez , who turned pro in this very venue in a four-round win on July 14 over Jonathan Ryan Burrs.

Martinez returned to the bubble with a key addition to the team, employing the services of renowned head trainer and former 130-pound champ Robert Garcia to work his corner. The early returns suggest working chemistry between the two, as Martinez—managed hy Split T’s Tim VanNewhouse was far more aggressive than was the case in his pro debut nearly seven weeks ago. 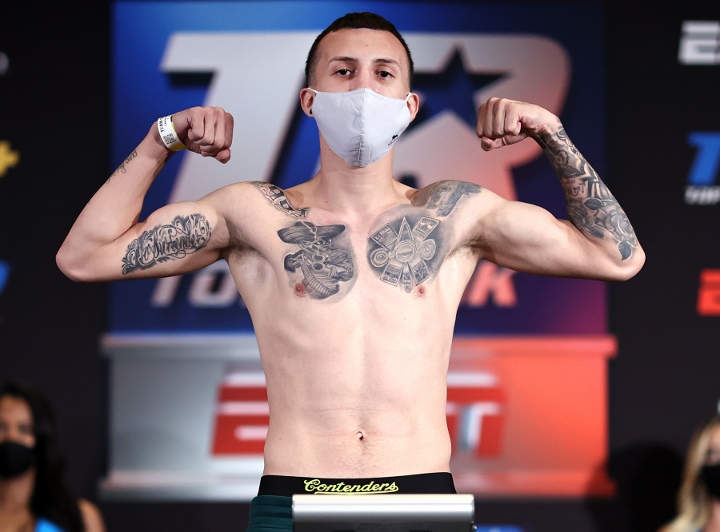 Ward—a dual-sport athlete who holds a 7-4 record in MMA—switched between southpaw and orthodox, though mostly fighting out of the conventional stance where he was able to score his more telling blows. It wasn’t enough to match the aggressive approach of Martinez, who landed a crisp right hook to the body and clean straight left hands upstairs in round two.

Martinez continued to take the lead in round three, though opting to fight at close quarters in lieu of putting his height and reach advantages to full use. The 25-year old southpaw continued to find a home for his left hand, even as Ward kept his right hand practically glued to his chin.

Upon the urging of his corner, Ward let his hands go in round four. The 27-year old from Houma, Louisiana connected with right hands, landing the more telling blows when he took the lead. Martinez was still the busier boxer, though at times slapping with his punches particularly on the inside.

Martinez showed a sturdy chin in round five, even if not by design. Ward managed to land a right uppercut on two separate occasions, with Martinez taking the shots well and returning fire with right hooks and straight lefts. A right uppercut from Martinez snapped back the head of Ward (4-2-1, 2KOs) in the final 0:30, with referee Robert Hoyle urging Ward to defend himself or fight back to avoid a stoppage.

Even with the fight well out of reach in his favor, Martinez fought to close the show in the sixth and final round. Ward’s offense all but shut down as Martinez landed in combination throughout the frame, never pardoning the body

Martinez improves to 2-0 (0KOs) with the win , with designs of returning sometime in the early fall.