Pulev To Joshua: I'll Bust You Up in Front of Your Own Fans!

Pulev, who is the IBF's mandatory challenger, is set to face Joshua next.

According to Joshua's promoter, Eddie Hearn, the fight is nearly done for a June date at Tottenham Hotspur Stadium in London. The venue holds over 60,000 fans. 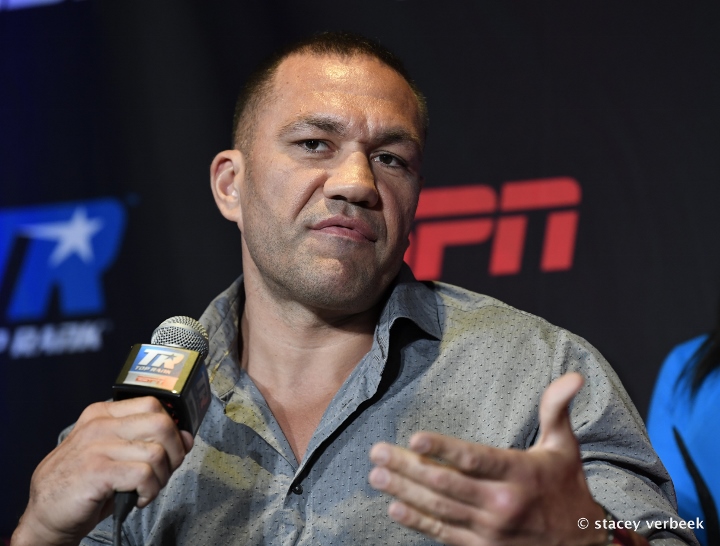 Pulev had hoped for the fight to take place on neutral soil, but he doesn't have any issue with going to hostile territory to face Joshua.

"Calm down champ, I see that you are very worried to fight away from home and you are absolutely right to be, haha! But rest assured, if necessary I'm ready to come to London and bust you up in front of your own fans! Until then, tell Mr. Hearn not to get ahead of himself, we do not have a deal yet," Pulev said.

Hearn has received offers from numerous place to secure this bout, but it appears to be a lock to land in the UK, as Joshua has not fought in his backyard since 2018.

In 2019 he fought in New York City in June and then in Saudi Arabia in December.

"He wants to fight in London in June. We're on the verge of making that happen now. Spurs is the front runner and that's what he's asked me to do. We'll be delivering that for him."

Pulev would be the best win on Wilder`s resume, lol. On Joshua`s resume he will be like...N. 5?

[QUOTE=DaNeutral.;20376157]And yet Wilder continues to duck Joshua. TILL THIS DAYIIUUYYYYUYY.[/QUOTE] 2 of the top 3 guys aren't scared and are fighting each other next. Pretty obvious who really wants to fight.

[QUOTE=Oshio;20376403]Cos the dude has not lost a fight since Klitschko.[/QUOTE] Yes, but who has he fought since? Hughie Fury? Where does he rank? It makes IBF seem like an organization of 2nd rate fighters. Who's next in line BTW? [MENTION=13008260]REDEEMER[/MENTION]…

[QUOTE=Zelda;20376163]How come this clown is mandatory? is IBF that easy?[/QUOTE] He defeated Hughie Fury which was a final eliminator . The clown would be Wilders best win , second at worst . The WBC appointed Stiverne out of boxing 2…

Got more chance of seeing a chupacabra. Pulev hasn't busted a grape since being flattened by wlad.