Ruslan Provodnikov didn’t look his usual self when he lost a decision to John Molina back in June. He admitted as much afterward.

“It wasn’t my night,” he said at the time. “Maybe I don’t have the same hungriness as before. I’m not going to make excuses, but it was hard for me to find my groove tonight.”

Provodnikov is taking the rest of 2016 off, and his promoter says that there will be a conversation sometime in 2017 about the future of his career. 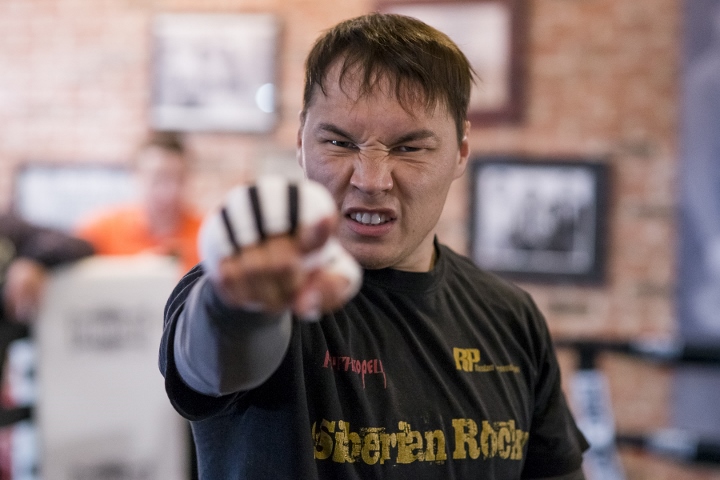 “Ruslan’s back in Russia relaxing. He’ll probably make a decision a couple months past the new year whether he wants to continue or not,” said Arthur Pelullo of Banner Boxing, speaking with BoxingScene.com. “I believe he is going to fight again, because he’s a warrior and I don’t think he wants to go out that way. I don’t know what he wants to do, but I will go see him and discuss it with him.

“I believe the last conversation I had with him — all good fighters and great fighters, they don’t want to go out on a loss. I’m not pushing him other way. I told him to make whatever decision he wants. We’ve been together from the very first fight. When it was time for Acelino Freitas to retire, I said ‘retire.’ I did the same thing with him. ‘When it’s your time, you’ll decide.’”

One way Pelullo said he can tell when it’s time for a fighter to retire is when he sees different levels of energy while observing what’s going on in the gym, in training camp and in the ring. But there was no sign of an energy drop in the buildup to Providnikov-Molina, he said.

“Here’s what I can tell you: He fights every fight hard. He takes three to give one. He has to be at such an intensity to do that all the time, that it’s hard,” Pelullo said. “So what I saw in the last fight is he looked like he was tired, he needed time off. He didn’t have the same intensity. He fights Molina the way he fought Chrs Algieri — we were robbed in that fight — or the way he fought Mike Alvarado, then he knocks him out. He’s all over. He can’t stop. I didn’t see that fire after the first couple of rounds.”

Taking three punches to give one tends to lead to a shorter career. There’s always the possibility that the punishment Provodnikov has taken has begin to affect him.

“If it hasn’t already, it will, because you can’t get hit like that,” Pelullo said. “The way this business is, it’s a hard business. They get hit for a living. His style, he gets hit more than that because he wants to brawl, he wants to come at you. So if it hasn’t affected him, if he doesn’t retire at the right time, it will affect him.”

The question, then, is whether any Provodnikov comeback would be just about going out on a win or about attempting one final run. No matter what, however, Pelullo said Provodnikov needs to come back the same way.

They are probably thinking 1-2 more if he win's his next fight then cash out V a big name. I don't blame them, Lots of money to made but personally i don't wanna see him again, when you're hearts not…

[QUOTE=turnedup;17054700]I wish provodnikov well, he arguably is one of those fighters with a ton of heart but that scar tissue is turning him into gabe rosado now. If he could get back to 140 there are some match ups to…

[QUOTE=hotep;17054879]another plodding caveman with no defense, just feed him to pooch and get it over with top rank![/QUOTE]provodnikov is not even promoted by top rank you fuking retard.

Stay retired, please. This is boxing. Not a "Tough-Man Competition".

I wish Provodnikov well but I've always sad if your heart isn't 100% into it, it's probably a good idea to hang it up!