Ruslan Provodnikov, a former WBO junior welterweight champion, suffered a tough defeat last Saturday night at Turning Stone Casino in Verona, New York. He was upset by dangerous contender John Molina, who pulled off the upset when he outboxed Provodnikov to win a twelve round unanimous decision.

Molina stuck to a game plan of boxing and used his jab as the main weapon to keep himself ahead. Molina threw nearly 1,110 total punches, including 643 jabs compared to just 265 for Provodnikov, who failed to close the range.

The event was heavily promoted as it was Provodnikov's televised debut on Showtime. The future for the 'Siberian Rocky' is now unknown as his targeted plans are now on hold with the unexpected defeat. 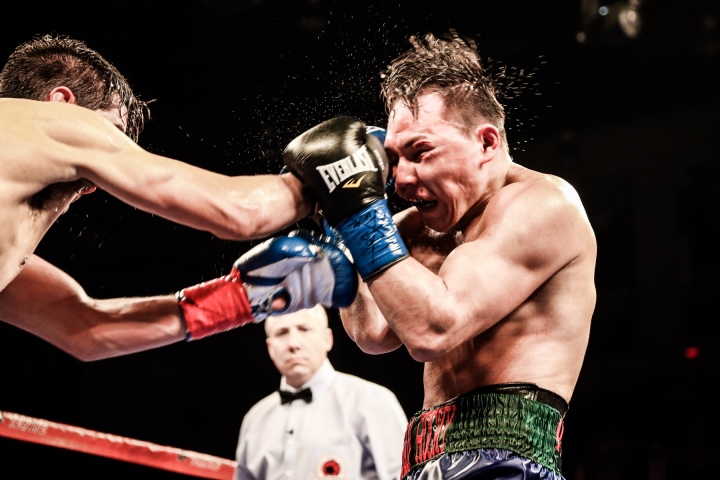 Vadim Kornilov, manager of Provodnikov, says his fighter still needs a fair amount of time to reflect on the loss and figure out what he wants to do with his career.

"It is difficult to talk about the reasons for the defeat," said Kornilov. "Maybe it was not our night. Ruslan had to win. Perhaps, after all, where Ruslan is the favorite in a fight - he was unable to find the same motivation, the desire. Now we'll take a break, Ruslan will sit down with his family and loved ones, weigh everything ... And we'll see what will happen next, whether to continue his career, because now things have changed."

"A rematch with Molina, of course, is possible, but it will depend on whether or not Ruslan wants it, and whether there is any sense in this. So what the future holds.... it is premature to discuss. Perhaps something was not enough, although the preparations went according to plan. Maybe it's psychology, or something else. But it is a sport, it is necessary to accept defeat as well as a victory. Ruslan, right now he will think about it and soon he will come to some kind of opinion about this fight and his future."

Ruslan simply can't beat guys who jab and box. It's been proven over and over again. Instead of rematching Molina they should find some Toughman style fighters to put him in against so that he can look good.

Ruslan should be planning his exit from boxing not planning for a rematch with a guy who beat him already.

His manager is nothing but a money grubbing dirt bag! Trying to say it was just not his night - to get Prov motivated to continue. Prov is spent and wont even be able to spell his own name If…

Its time to retire Provo

[QUOTE]Why? It just proves ruslan CANNOT box, nor beat someone who uses any boxing skill against him. He was soundly beaten, rematch not needed.[/QUOTE] I felt bad for Ruslan, Molina looked to have rehydrated to another weight class or two…