Provodnikov: Right Now I Feel Like I Don't Want To Fight Again

His debut was going to be a launching pad to much bigger things on Showtime - including a potential fall encounter with former four division world champion Adrien Broner. 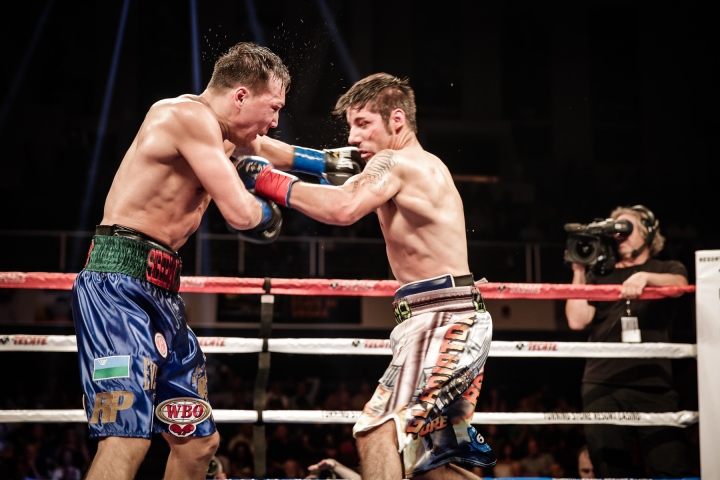 Provodnikov was heavily favored to win the fight. He now stands at losing three of his last five and four of his last seven.

The big puncher admits that he might consider the option of retirement, but requires some time to think about his future in more details.

"It's hard to say anything right now. Today was my 30th fight. Not that many fights, but I feel that in most of my fights I gave 200% when I could have given 100%. I'm a very emotional fighter and that's the way fight. Let me wait a little bit, give it some thought to that and figure that out. Maybe the fire inside me is dimming down but I have to think about it, come to senses and see how I feel," Provodnikov told BoxingScene.com.

At this moment Provodnikov has no desire to fight again, but he might change his mind if the right opportunity comes along that strokes the fire back in his belly.

Give us a break as Provo is a very limited short fighter with few boxing skills and 4inch jab. The fire hydrant built Provo comes in like a burro slow Pinata begging to be hit hard with the chance of…

Provod needs to learn how to box to change his fight style a bit.the only trick to beat him is to box by using movement with jabs.His height usually goes against him when he fights tall guys who come to…

Ruslan wasn't himself that fight I think he gets frustrated when his opponents don't want to war with him and instead decide to box. Ruslan is always open about what he is going to do from the get go in…

Ruslan just needs time off. His career & fighting style can be summed up with one word, "anxious." if he were smart hed take a year-year n a half off & make a comeback at 147. If he had good…

Ruslan,Rios,Matthysse, maidana...We are losing all our best warriors. Its hard for these types fighters to fight with "No fire" because their styles rely on passion, a hunger. Rios vs Ruslan and then they can both ride out in the sunset