Prograis Not Worried About Getting Paid By WBSS For Relikh Fight

Regis Prograis isn’t as concerned about getting paid for his appearance in the World Boxing Super Series’ 140-pound semifinals as at least one other participant.

Russia’s Ivan Baranchyk, who’ll face Scotland’s Josh Taylor on May 18 in Glasgow, considered at one time withdrawing from the tournament over compensation concerns. Dave McWater, Baranchyk’s manager, told ESPN.com in January that Baranchyk was fully paid for his win in the quarterfinals only after taking legal action.

Prograis never thought about pulling out of the WBSS because he hoped it would continue and that he’d get the opportunity to fight for a 140-pound world title that he was promised. 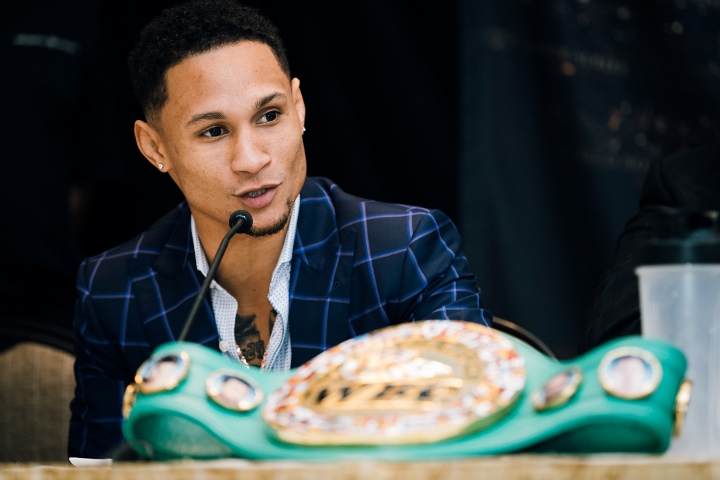 New Orleans’ Prograis (23-0, 19 KOs) will get that chance Saturday night, when he’ll encounter WBA super lightweight champion Kiryl Relikh (23-2, 19 KOs). The winner of their WBSS semifinal at Cajun Dome in Lafayette, Louisiana, is supposed to box the Baranchyk-Taylor victor on an undetermined date later this year.

Prograis doesn’t know when the final will be scheduled, but he is focused for now on what could be a very competitive fight versus Belarus’ Relikh on Saturday night (DAZN).

Prograis recognizes why other participants expressed concerns about the financial stability of the tournament. Based on his own experience in it, though, he has no complaints.

“I know I’m gonna get paid, so I’m not really worried about that,” Prograis said. “I know in the first round they had fighters that didn’t get paid, but I got paid on time. I was good. I got all my money on time, so for me, I didn’t have no complaints or troubles with that. This time, I know I’m gonna get paid on time and everything is gonna be good, no matter what. So, I’m not worried about that. We’ll see, in the future, if the finals is gonna happen or not. But as far as right now, I’m still fighting in it and I’m worried about this.”

[QUOTE=Eff Pandas;19694158]*Don King smiles & looks into how to get in touch with Regis*[/QUOTE]4real fam! The article makes it looks like he was going to fight for free! Then, at the end, he says "I got paid on time, so…

That's a good attitude for him to have I wish him the best in the tournament. He seems like a down to earth guy.

Man Prograis makes most fighters divas like Spence talking about A sides 24/7 in the land of trill!

Prograis just knows he need to hurry up and get this Tournament over and he likely has a Lucrative Deal waiting for him to sign Exclusively with either DAZN, PBC or ESPN :dunno: He is right, once this Tournament is…