Prograis: I'll Go Up To 144 Pounds For Hooker Fight, But They'll Have To Pay Me More

Regis Prograis gets the sense that his fight against Maurice Hooker just wasn’t meant to happen.

They were supposed to meet earlier in their careers. Then the former 140-pound champions signed contracts to fight April 17, only to have it postponed by the COVID-19 pandemic.

Once discussions began recently about rescheduling their 12-round, 143-pound bout for either late in August or sometime in September, Hooker’s handlers informed Prograis’ team that they want to fight at the welterweight limit of 147 pounds. 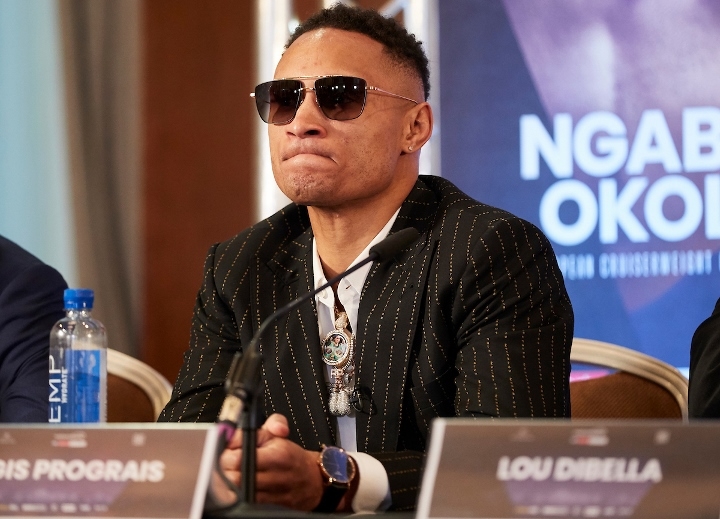 Prograis understandably has refused to move up four more pounds to fight Hooker, who says he could go as low as 145 pounds. The New Orleans native told BoxingScene.com that he will give Hooker one more pound, but that he won’t agree to face the former WBO junior welterweight champ any higher than a catch weight of 144.

“I gave up enough,” Prograis said. “If they want me to fight him at 144, then bring up the money. That’s the only way I would budge, if they offer more money. I have no problem fighting Maurice Hooker, but I don’t wanna go too high because once you get up to ’45, ’46, ’47, that’s a welterweight. And I’m not ready to go to welterweight right now. Because once I go up to welterweight, I’m not coming back down. And my personal goal is I wanna be a champion again at 140.”

Prograis expects an answer regarding his 144-pound proposal soon from Hooker, whom he called “unprofessional” for not maintaining his weight during the pandemic. The strong southpaw doesn’t want to waste much more time haggling over this seemingly ill-fated fight because he has been training and wants to line up another opponent if he can’t face Hooker.

“I’d say 144 is the highest I’ll go, and that’s if they came back to me with more money,” Prograis said. “I don’t wanna keep going up because once your body gets adjusted to being up, it’s not gonna wanna come back down again and I still wanna be a champion at 140. If he can’t do [144], tell him to kick rocks.”

What aggravates Prograis most is that he already afforded Hooker three additional pounds to finalize a deal for their non-title fight. They participated in a press conference February 27 in Frisco, Texas, to promote a DAZN main event that was supposed to take place seven weeks later at MGM National Harbor in Oxon Hill, Maryland.

The 31-year-old Prograis hasn’t fought since Scotland’s Josh Taylor (16-0, 12 KOs) beat him by majority decision in their 12-round, 140-pound title unification fight October 26 at O2 Arena in London.

Its pretty simple. Regis doesn't want to move give in on the weight that they already agreed to for the fight. He doesn't want to hand Hooker more advantages than he previously did. So be it. Both sides move on.…

Prograis will go the full 147 and Hooker will say 154. The fight is not happening so it is time to move on. Intriguing match doe.

Hooker is playing up simple

Stop being a fatty in-between fights. Practice what you preach. Eat healthier and stay in shape during down time. I get that it gets harder to lose the weight or drop down in weight the older you get but if…

[QUOTE=Get em up;20606664]That's the best solution for 2 former belt holders that still feel entitled[/QUOTE] Yes, prograis obviously gas no intention of moving up anytime soon so should just look for a fight at 140 and get himself in line…