With his love of the game and his vibrant personality to match, it’s hardly a surprise that Shawn Porter has proven just as successful behind the mic as he has in the ring.

The two-time welterweight titlist has garnered accolades for his role as an in-studio host for Fox Sports’ Inside PBC (Premier Boxing Champions) Boxing series, as well as his occasional fight night role as both co-host and expert ringside analyst. It’s not surprising to see athletes such as Porter (30-2-1, 17KOs) to excel in such roles, though not quite as common to multitask while still serving in the prime of their respective careers.

It’s been a delicate balance for the Ohio native—who now and trains in Las Vegas, Nev.—who continues to responsibly handle both careers. Case in point, his in-studio absence as he trains for a Sept. 28 welterweight title unification clash versus Errol Spence (25-0, 21KOs), atop a Fox Sports Pay-Per-View live from Staples Center in Los Angeles, Calf., not far from the Fox Studio which houses his second career.

“I'm blessed because FOX Studios is just a rock's throw away from Vegas so I can get there in just an hour,” Porter explained during a recent media conference call of maintaining a proper balance between careers. “I do my thing. I actually have workouts and routines set around the filming and then on the ride home after we film.

“So it really has not been a hard thing for me to balance at all, the even more blessed part about it is I know the majority of the guys.” 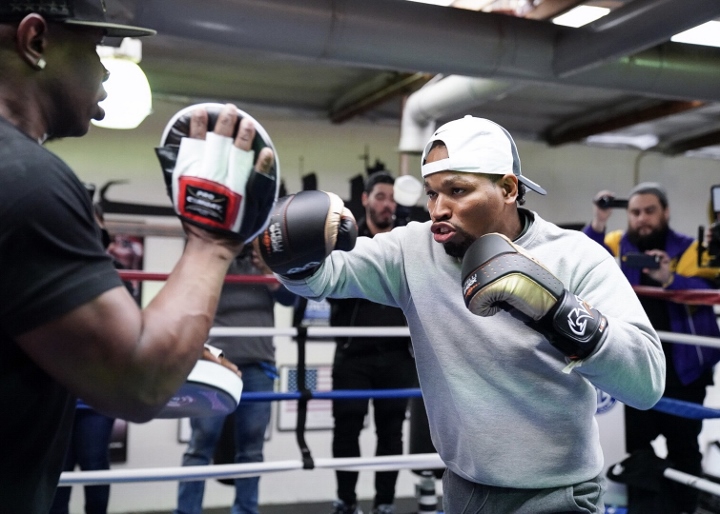 Porter has been an integral part of Fox Sports programming ever since the platform inked a lucrative long-term deal with PBC last fall. Whereas the average outsider—and even several current athletes—would have to put in hours of research for a particular segment, Porter’s near-two decades worth of boxing experience and gym rat lifestyle have aided nicely in his serving as a natural for the role.

In fact, he’s so good that his absence is often noted—though necessary for occasions such as, training for the biggest fight of your boxing career.

“I've seen the majority of the fighters for a long, long time, then as amateurs and now I've known them as pros,” Porter says of his familiarity of most of the subjects he covers. “So when it comes to things like being there to talk about these guys even that part of it is not strenuous for me because I know a lot of these guys, I know their styles, I know what they do, what they bring to the fight. So usually for me I'm just kind of shaping up on their statistics more than I am on who they are and who they bring to the ring.

“So it has not been a hard thing for me to balance and I've enjoyed it very, very much to this point.”

[QUOTE=Boxingfanatic75;20071686]As to former boxers as analysts I rank them 1) Paulie 2) RJJ 3) Big George (when he was doing HBO)[/QUOTE] Agreed. Andre Ward is pretty good also IMO. I quite enjoy Lennox Lewis as well, more so as an…

[QUOTE=Oregonian;20071744]———- For sho. I liked Emmanuel Steward the most, RIP. Someone should give Nazim Richardson a chance. I think he’s also pretty good.[/QUOTE] Whole heartedly agree

[QUOTE=Boxingfanatic75;20071689]If we threw trainers in there I’d put Atlas at tops[/QUOTE] ———- For sho. I liked Emmanuel Steward the most, RIP. Someone should give Nazim Richardson a chance. I think he’s also pretty good.

[QUOTE=Boxingfanatic75;20071686]As to former boxers as analysts I rank them 1) Paulie 2) RJJ 3) Big George (when he was doing HBO)[/QUOTE] If we threw trainers in there I’d put Atlas at tops