A near brawl erupted between undefeated Avni "Mr. Robot" Yildirim of Turkey and Marco Antonio Periban of Mexico, who are scheduled to battle on Saturday night in a WBC eliminator.

At stake is the international super middleweight belt of the World Boxing Council; with the match to be broadcast via Televisa throughout Mexico.

Yildirm, who ran a camp for a week in the Capitol, is primed to fight with "Quetzalcoatl" in the co event presented by Promociones del Pueblo. The boxer with a record of 15 wins, minus  defeat and with 12 knockouts, arrived at Guadalajara International Airport accompanied by promoter Ahmet Oner. 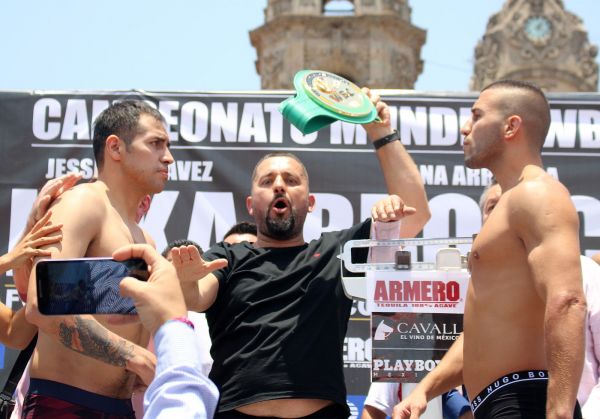 "I have seen Peribán and I can beat him. He's not a better fighter than me, and I think I can even knock him out," Yildirim said. "I have never lost, but Peribán has already shown that he is not invincible and that the only advantage he has is fighting at home, I do not like to talk about anything else but I'm here to win and I want to do it as soon as possible!" 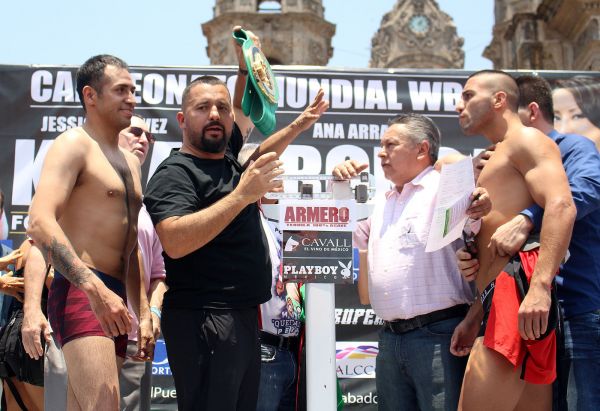 "To me, he wanted to show off at the weigh-in. I'm going to be calm for now, but tomorrow at the end of the fight he's going to have to count his teeth because he will be missing at least a pair. He better be ready for me because nobody disrespects me," said an annoying Marco Antonio. 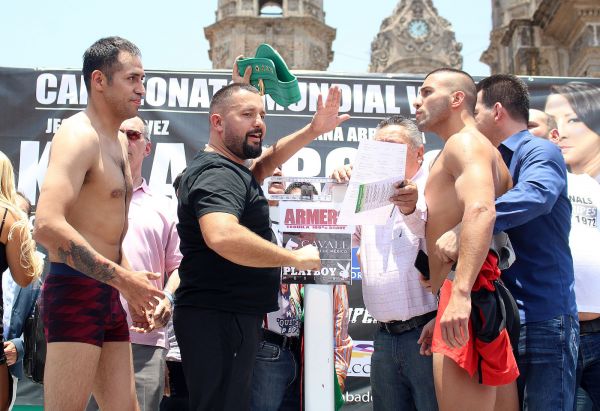 And since his arrival in Mexico, Yildirim has tried to intimidate Periban who finally could not put up with it and at the official weigh-in reacted with a shove.

Supported by his team, the European barely completed the weighing and at the moment of the photo-op for the face to face he went immediately on Marco by pushing at the chest, which made the corners of both intervene to prevent them from throwing punches.

Annoyed and back at the hotel - the Turkish puncher said:

"I will not talk anymore, because they are all Mexicans and they defend him, but in the ring I will have him to myself, he is mine, and if you want to bet, you cane put down whatever you want, because with one punch I'm going to finish him, with one punch - I'm the champion, I'm the new king."