Shrine Auditorium and Expo Hall in Los Angeles - In a super bantamweight showdown on the broadcast, between Tuscaloosa, Alabama's Travon Lawson (4-0, 3 KOs) scored a surprise upset knockout over 18-year-old prospect Angel "AK-47" Barrientes (4-1, 3 KOs) in the fourth round. (photos by Sean Michael Ham) 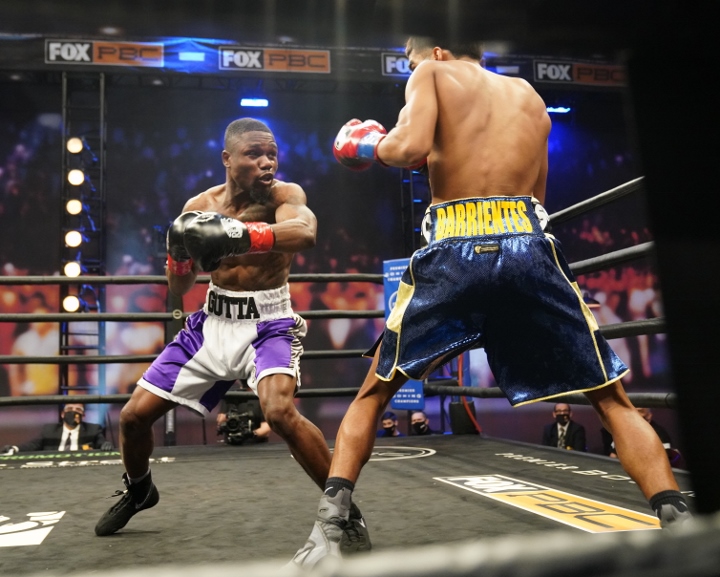 Moving around the ring and firing hard punches from a distance, Barrientes, from Las Vegas via Honolulu, controlled much of the first three rounds. 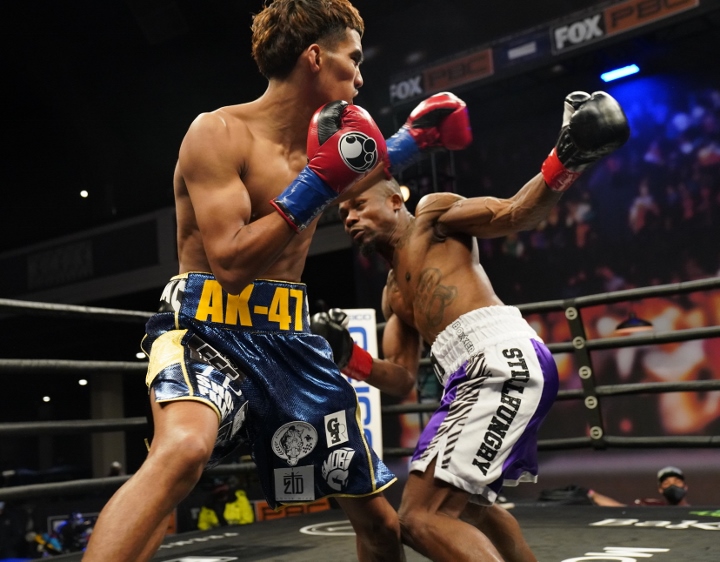 But in round four, the 31-year-old Lawson came out swinging for the fences and a surprise series of clean right hands snapped Barrientes' head back violently and sent him to the canvas hard. Barrientes rose to his feet and indicated he'd like to continue, but referee Eddie Hernandez Sr. waved the fight off at :55 of the fourth. 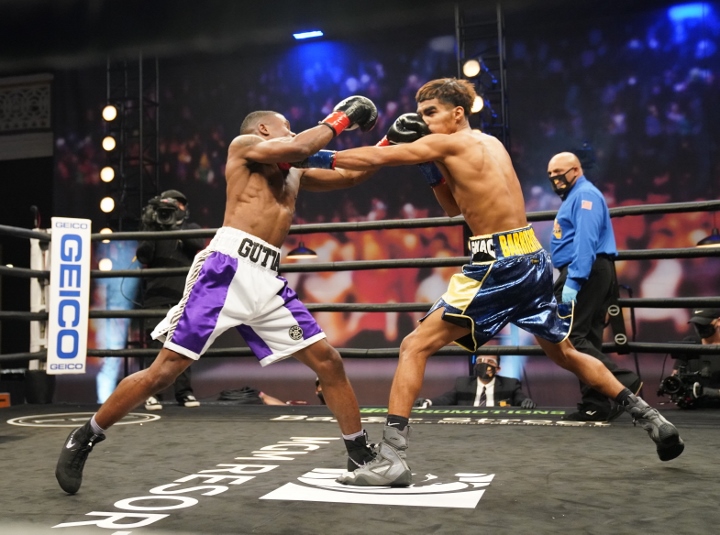 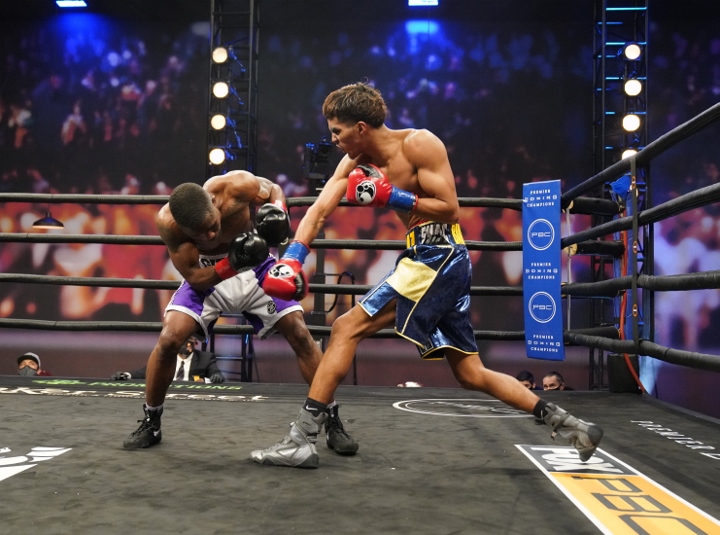 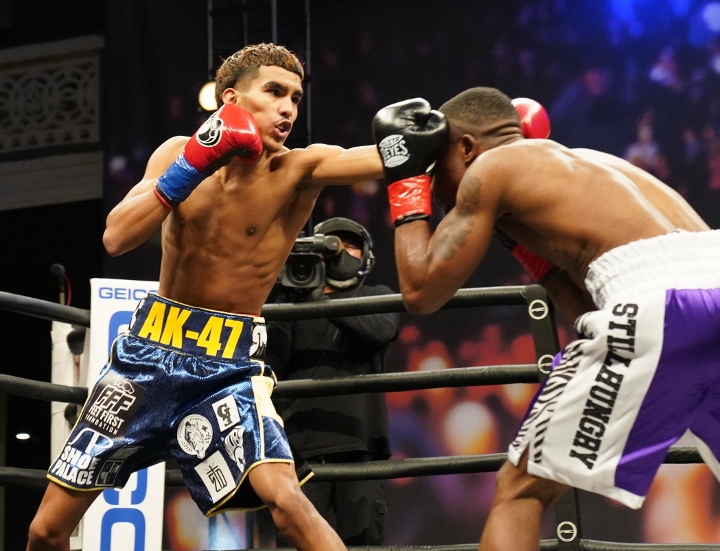 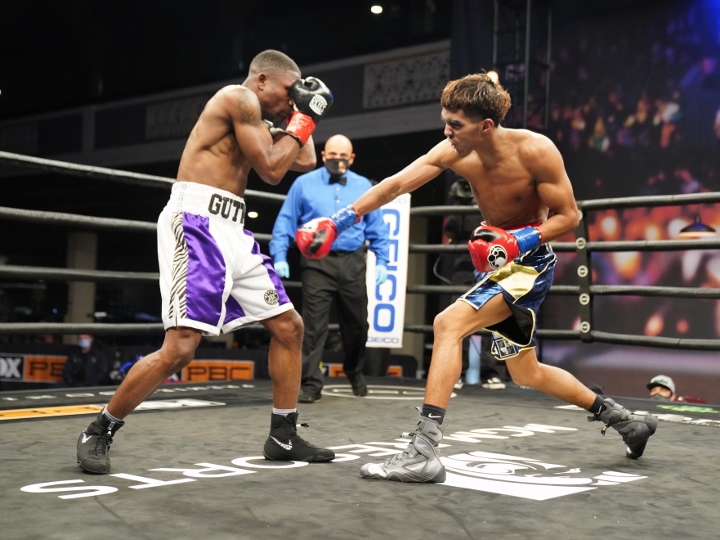 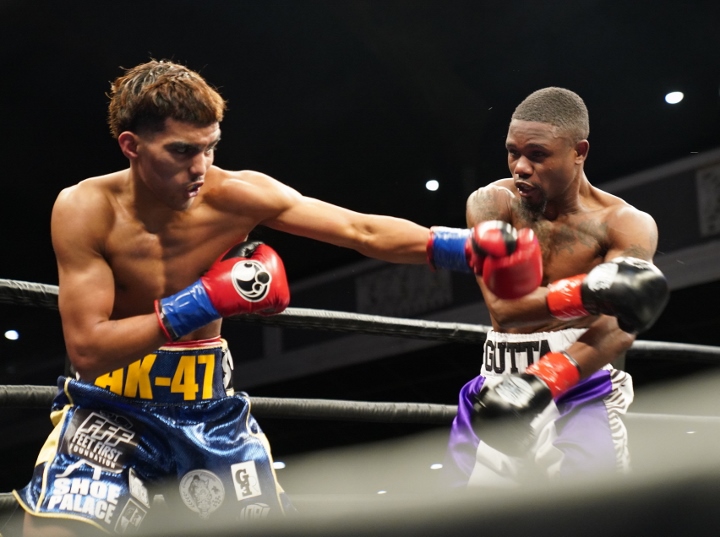 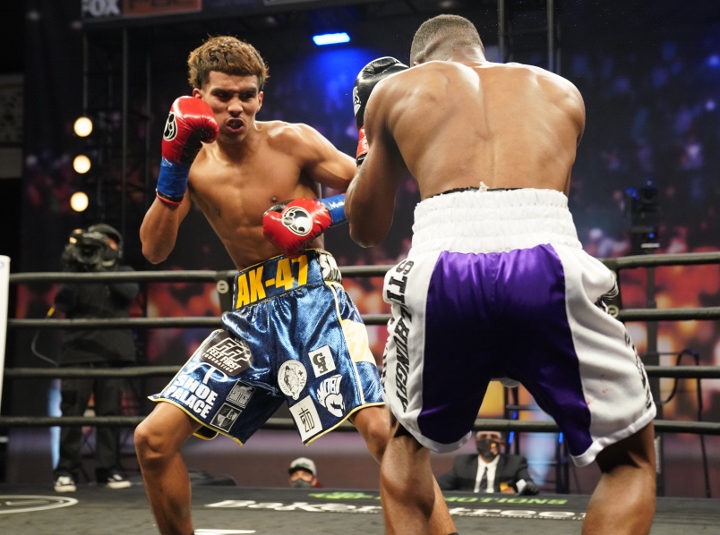 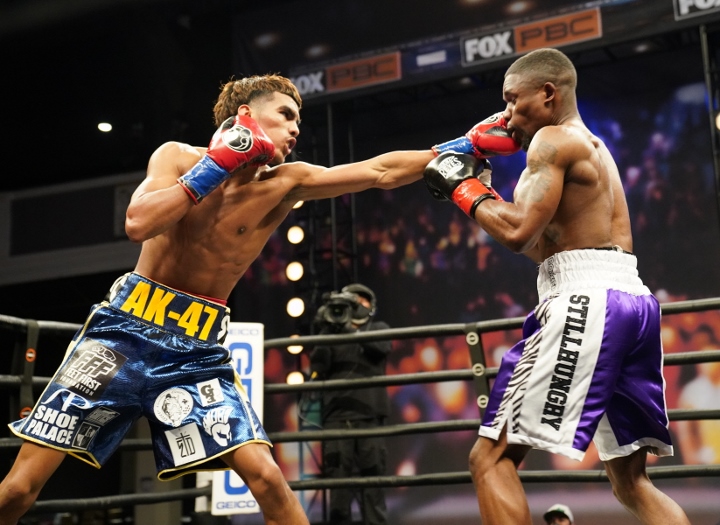 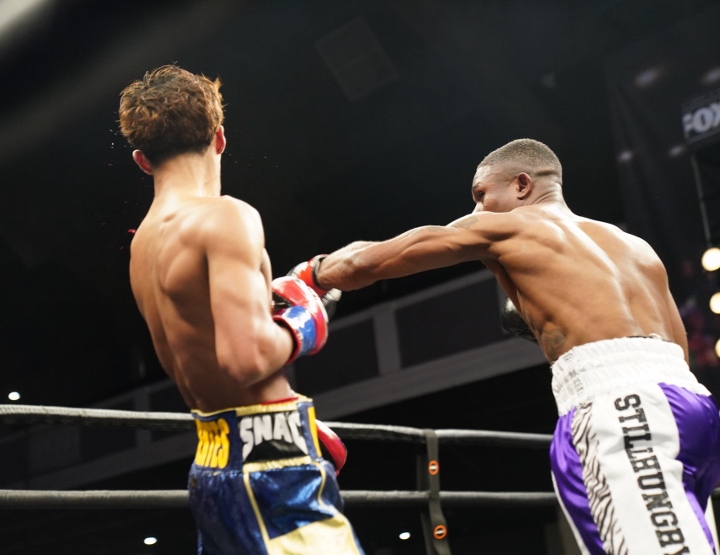 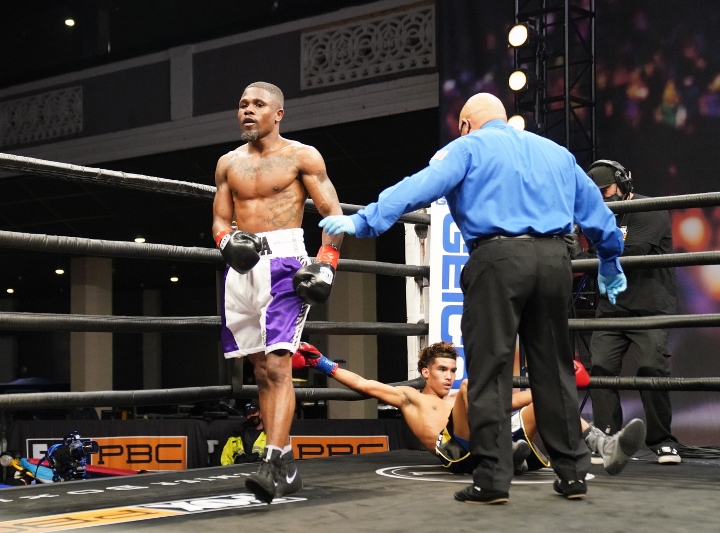 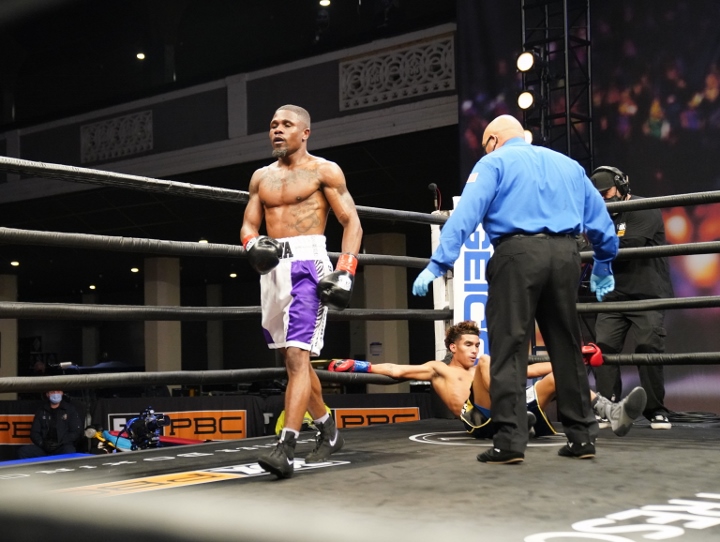 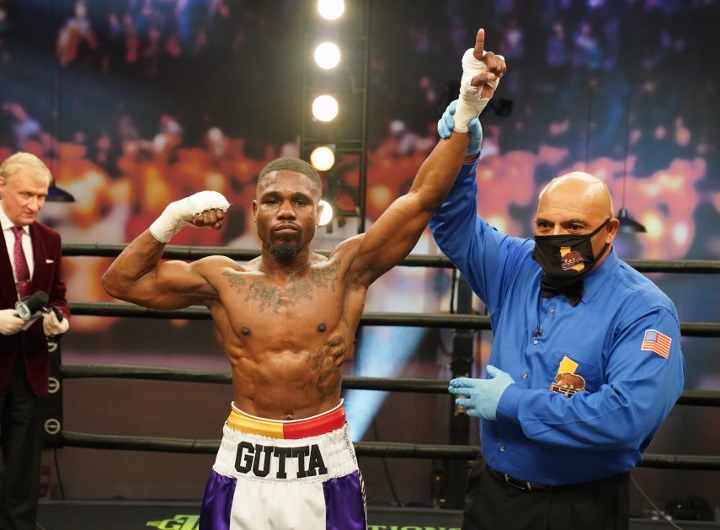 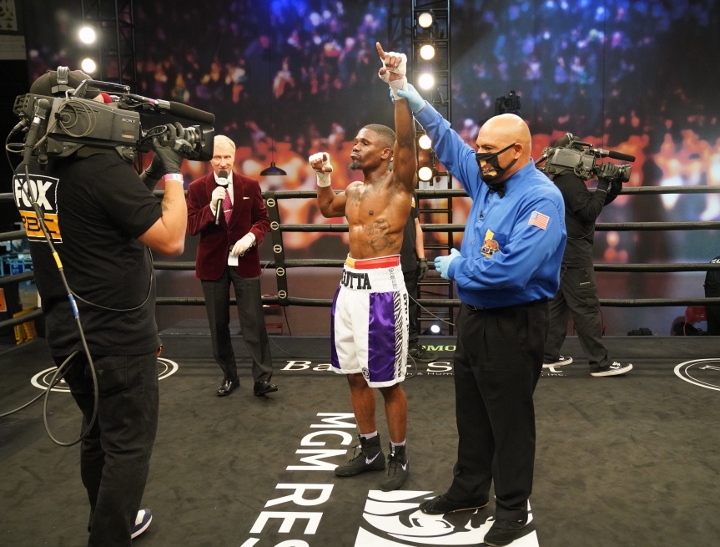 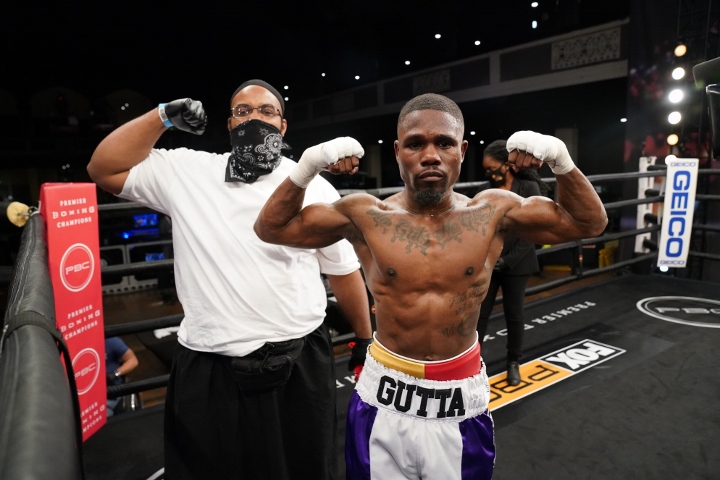 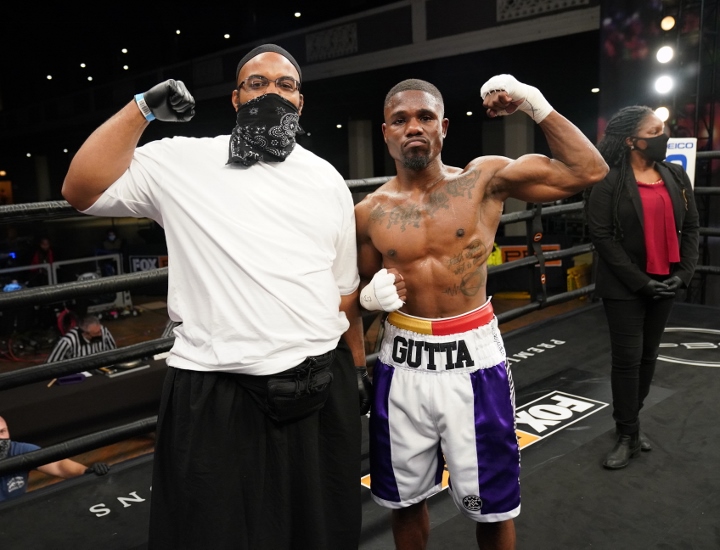