WBO featherweight world champion Shakur Stevenson was born and bred in Newark, a.k.a. “Brick City,” the oldest of nine children who dreamed of one day becoming a world champion and using his platform to give back to his community.

Stevenson, who won the title last October, will defend his belt for the first time Saturday from Hulu Theater at Madison Square Garden against Miguel Marriaga (10:30 p.m. ET, ESPN). He joined forces with Newark Mayor Ras Baraka on Wednesday at the city’s Rotunda Recreation & Wellness Center to talk to a large group of local children about his journey from hometown kid to Olympic silver medalist and world champion. 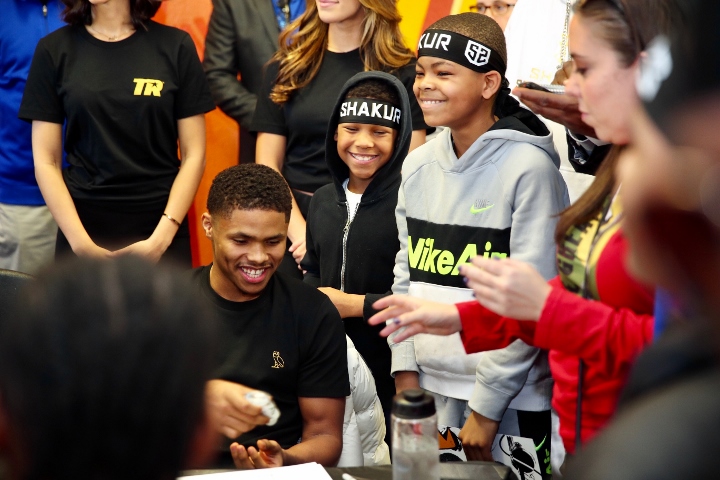 Stevenson autographed posters, took photos, and gave each child an official Team Stevenson headband. Three days before his bout against Marriaga, Stevenson was all smiles and laughs, a champion embracing his celebratory homecoming. 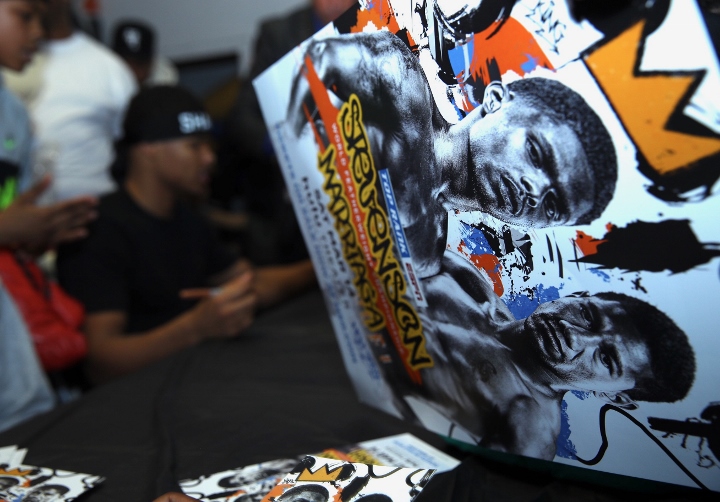 "When I was younger, I didn't have anyone to come and do something like this for me," Stevenson said. "This means a lot to me. That's why I enjoy coming here, and I will always try to come back to where it all started. You all make me feel good, and when I do something good, I do it for Newark." 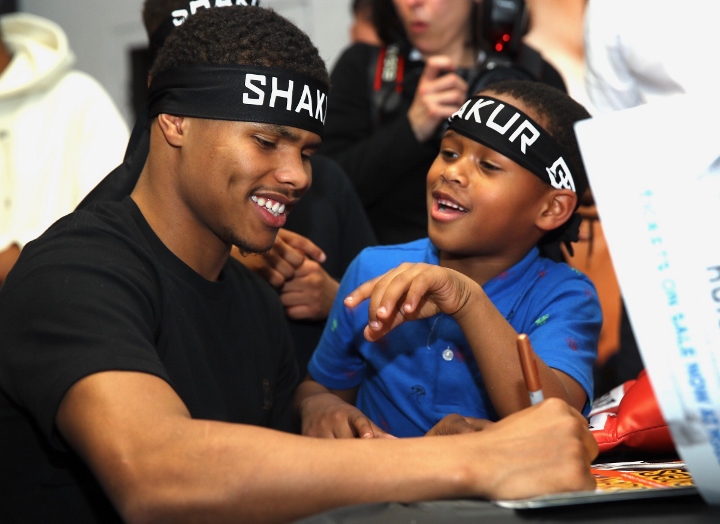 “Shakur Stevenson is a Newark native who has brought honor, Olympic glory, and a world championship to our city,” Mayor Baraka said. “Now he is bringing an inspiring message of hope, good sportsmanship, and empowerment to Newark’s youth, as a role model and exemplar. He defines the strength of Newark, and we are proud of him.” 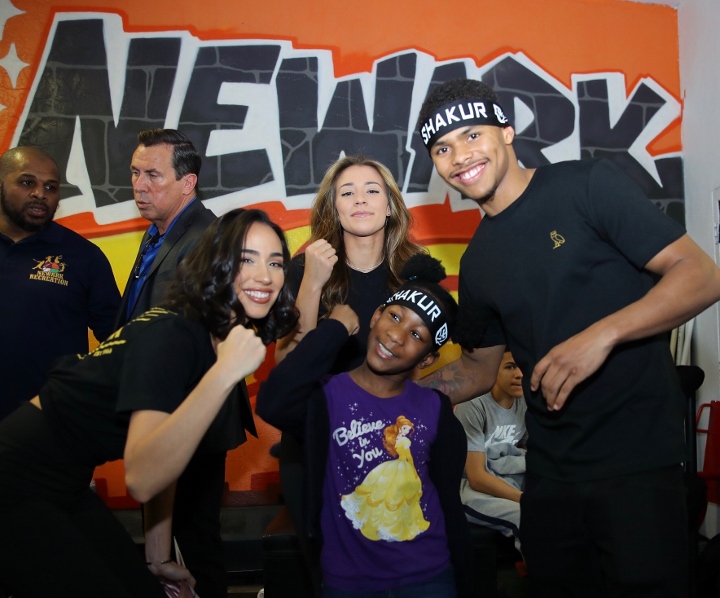 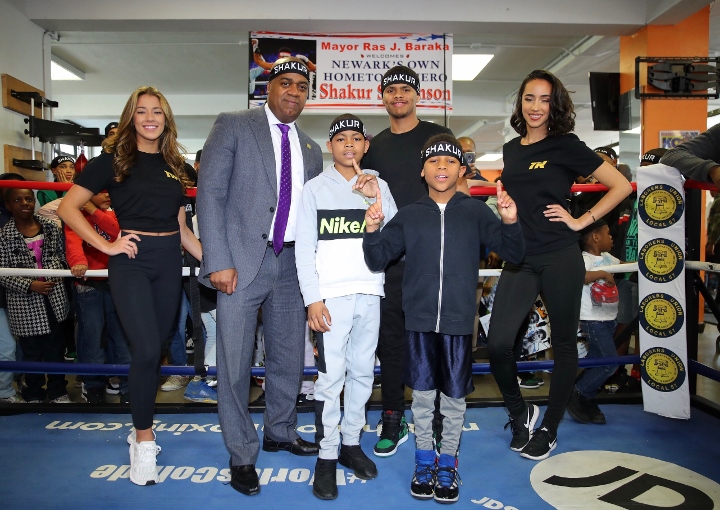 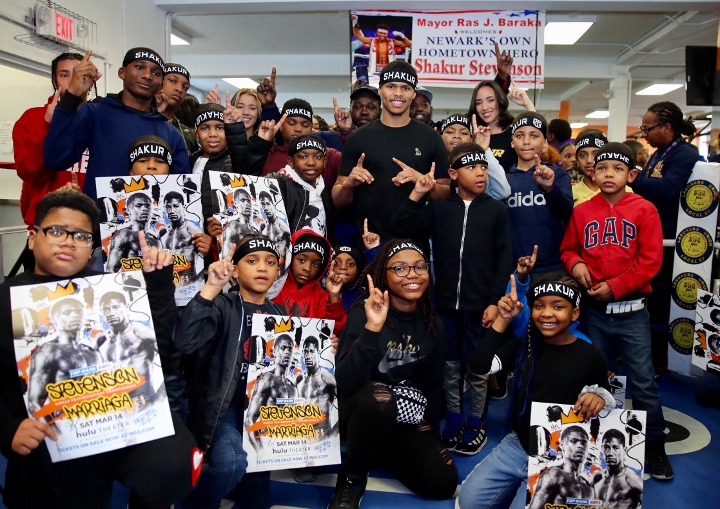 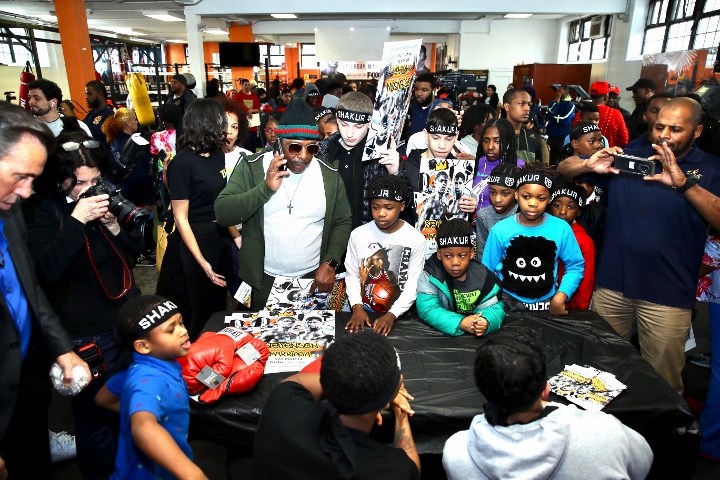 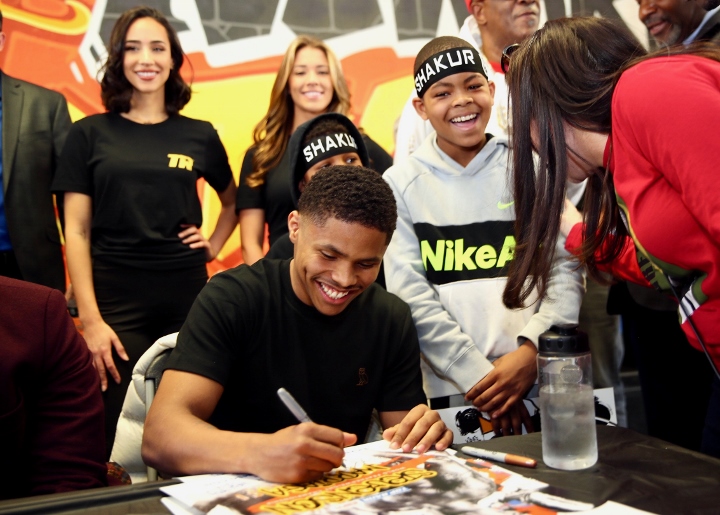 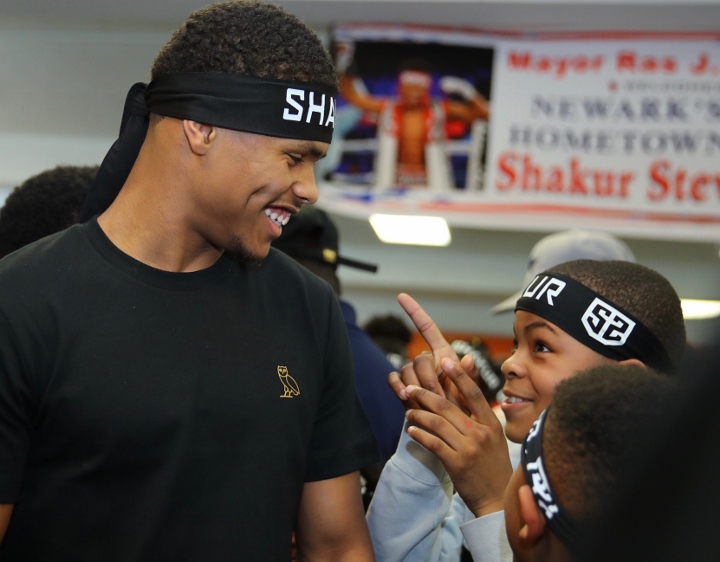 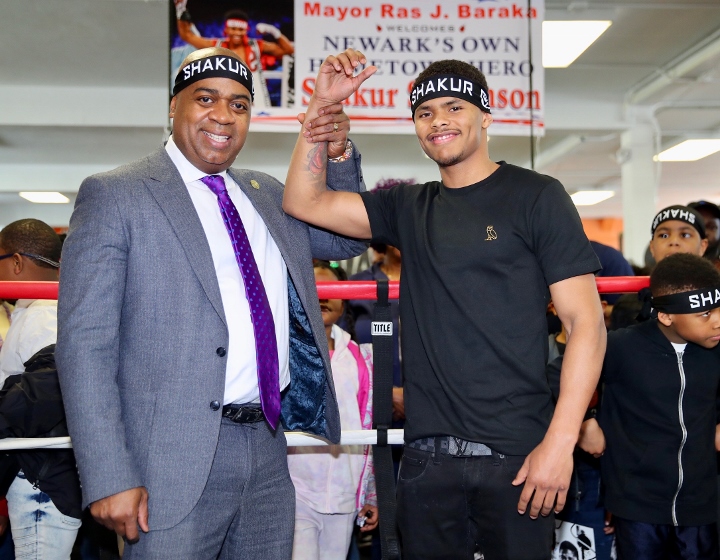 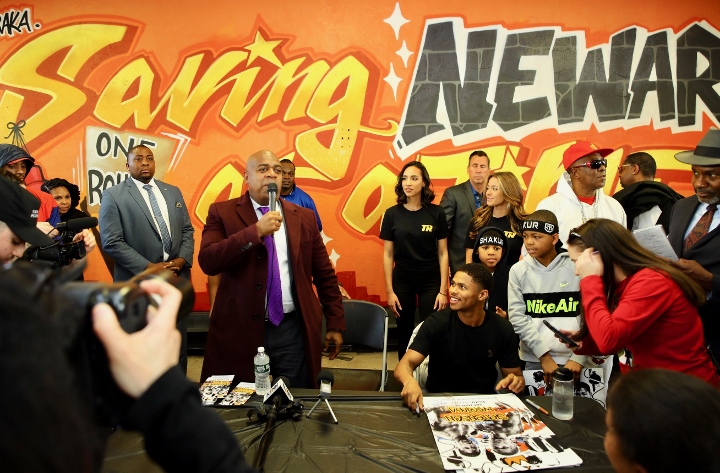 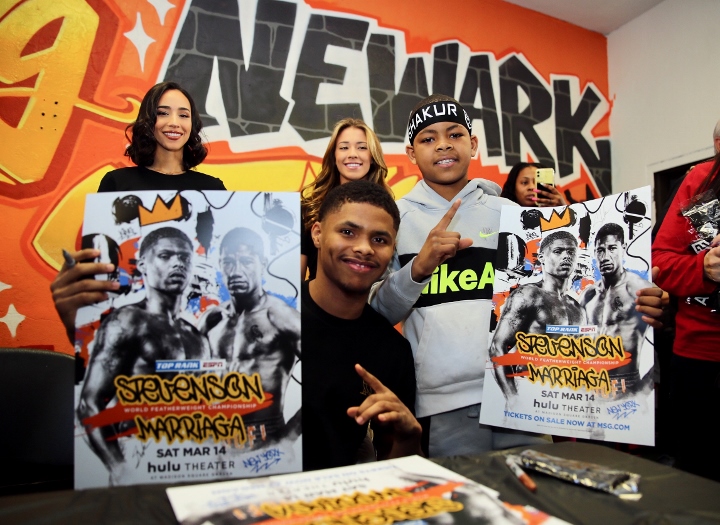 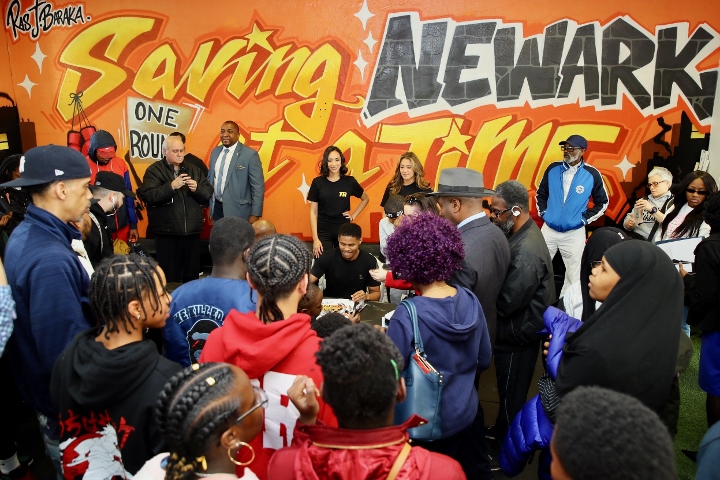 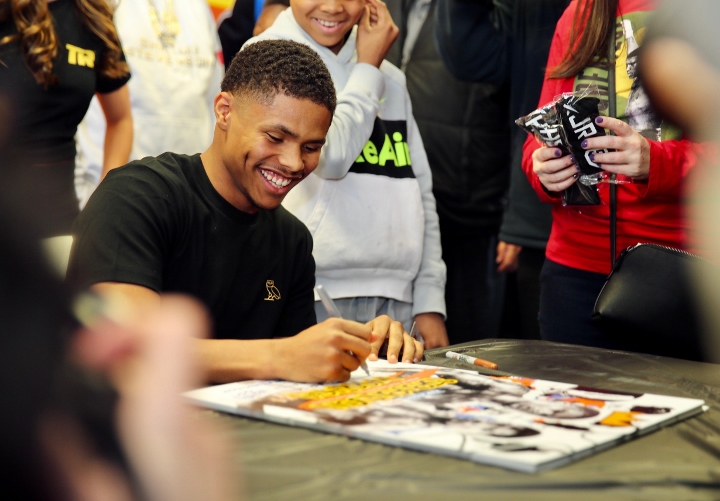 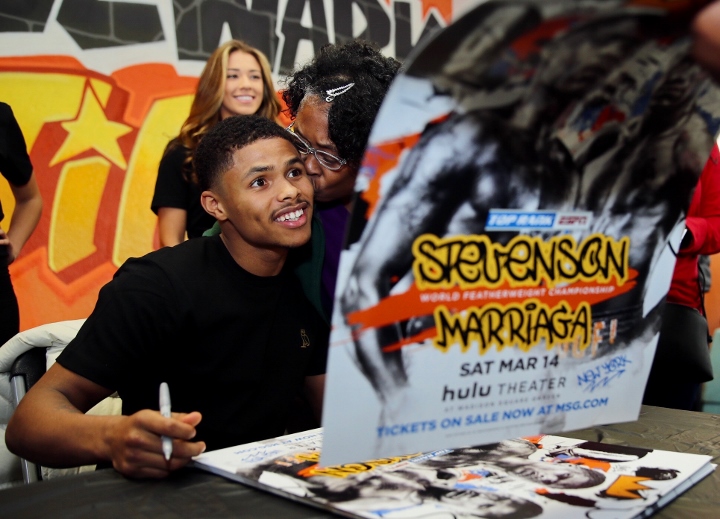