Opening the action with his trademark aggressive style the Abel Sanchez trained 24-year-old Bohachuk, dropped Hernandez in the second stanza. Overcoming a cut over his left eye in the third round, the Ukrainian would drop the valiant former world title challenger again in the fifth with a blistering left hook to the body as referee Wayne Hedgepeth called a halt to the action a 1:54 mark. 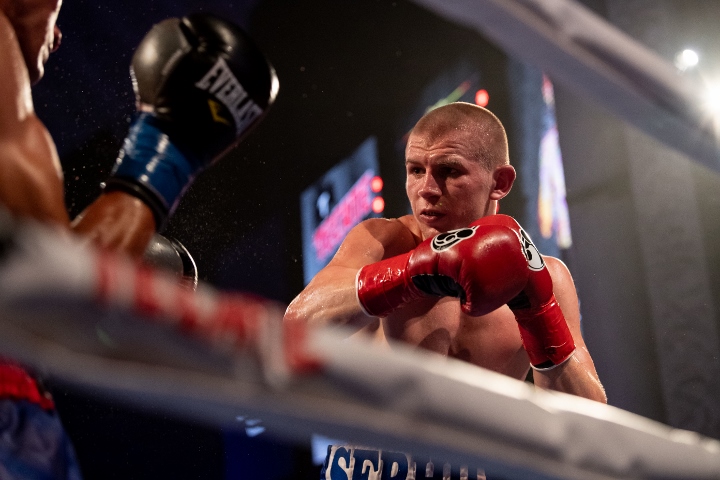 Following the fight, the popular Hernandez addressed the supportive crowd and announced his retirement from boxing. With the knockout victory Bohachuk continued to show the promise of a future world champion. 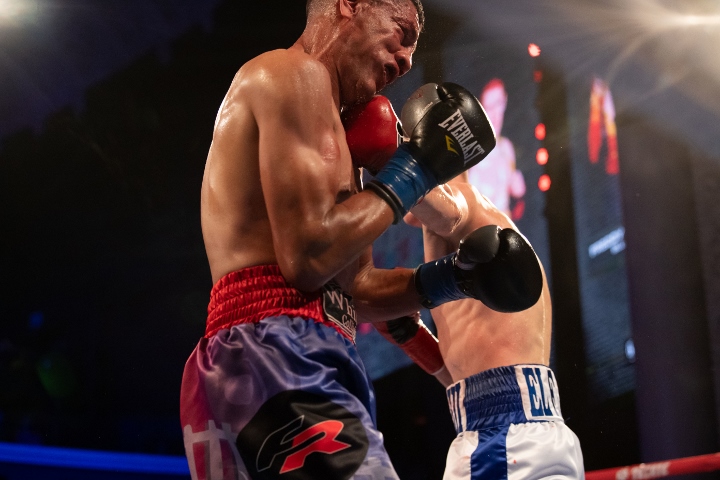 Highly touted bantamweight George ‘El Phantasma’ Navarro, (6-0-1, 3 KOs), of Apple Valley, CA wasted no time dropping Cesar Sustaita, (3-5-0, 3 KOs), of Juarez, Mexico in the first round of their scheduled four-rounder. With Sustaita unable to continued, referee Raul Caiz Jr. called a halt to the bout. For the popular 20-year-old Navarro it was his third straight appearance in front of the huge crowd at the AVALON. 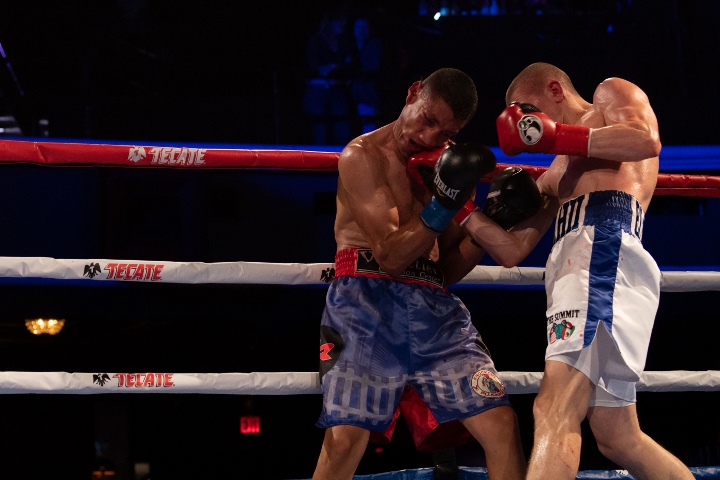 All-action junior lightweight Adrian ‘Bam Bam’ Corona, (6-0-0, 1 KO), of Rialto, CA stayed unbeaten with a six-round split decision over  Canton Miller, (3-3-1, 1KO), of San Diego, CA. The 19-year-old Corona, making his fourth appearance at ‘Hollywood Fight Nights’ was able to fend off the aggressive Miller in a fight which featured excellent two-way action. Scores at the end of the bout were 58-56 twice for Corona and 58-56 for Miler. 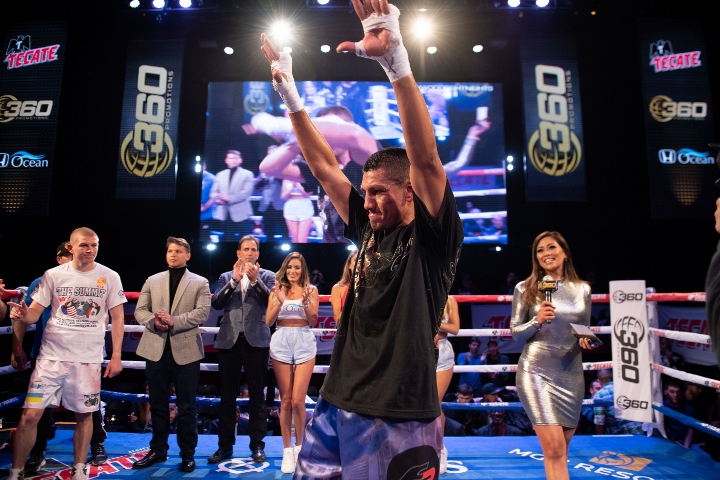 Starting the evening, in the super-bantamweight division, Orange, CA prospect Humberto ‘Filly’ Rubalcava, (10-1-0, 7 KOs), stopped Daniel Constantino, (3-3-2, 1KO), of Compton, CA. of opening stanza. Time of the stoppage was 1:36 of the first round. 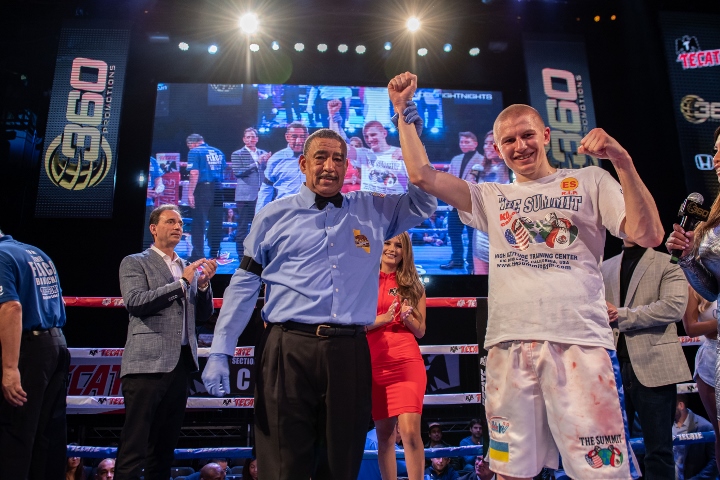 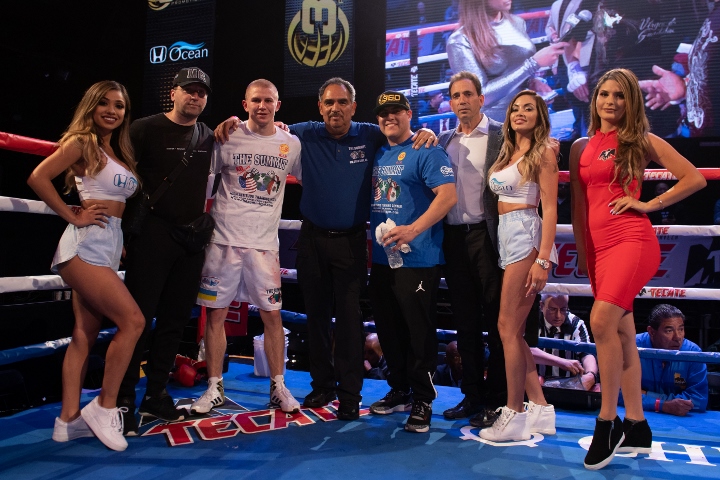