Both men fought well in a lively and high-tempo opener in which the two men exchanged hard jabs and body shots. Fitzgerald settled well in the second, hurting Fowler with a left hook to the body. Fowler answered back in the following round with some impressive combination punching, having some real success until a sickening left hand body shot by Fitzgerald landed and stopped him in his tracks. 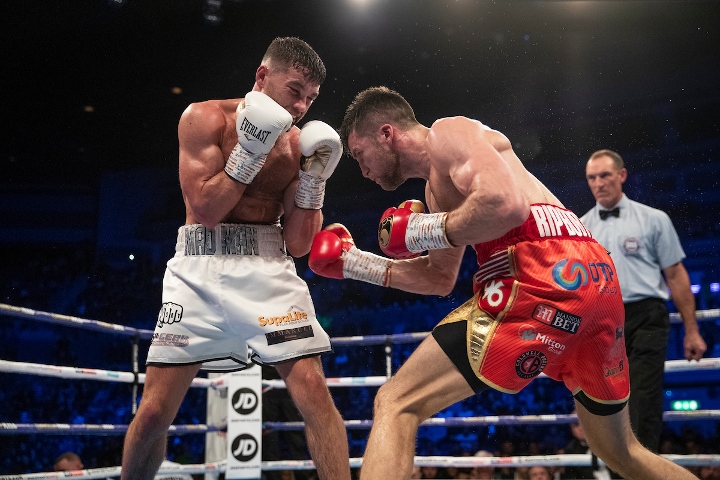 This momentum carried into the fourth as Fitzgerald landed a couple of beautiful right hands over Fowler’s lazy jabs. A defiant Fowler bullied his way back into the fight in the fifth session, a sustained body attack making Fitzgerald wince. Fowler was cut at the end of the round courtesy of a right hand. The atmosphere was boiling over during a terrific fight. 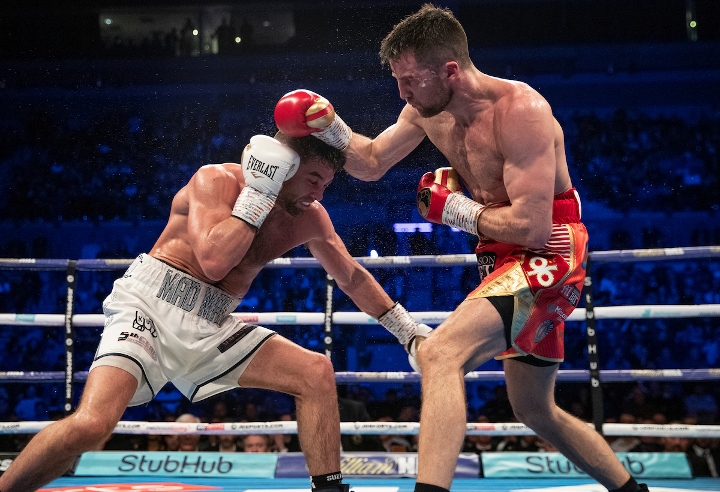 Fitzgerald continued to pressurise an uncomfortable looking Fowler, hurting him with the overhand right and by the seventh session Fowler started looking one dimensional, unable to adjust to a right hand which was hurting the scouser repeatedly. 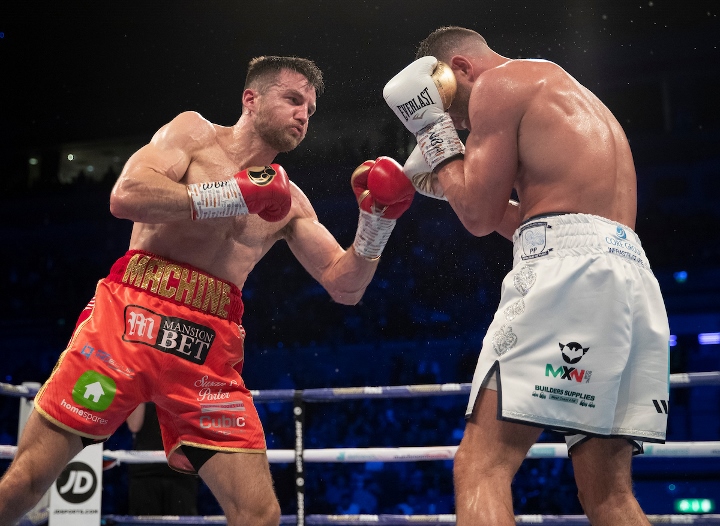 Round nine was a domestic round of the year contender as a series of Fowler uppercuts saw Fitzgerald lurching around the ring. On the verge of a stoppage, Fitzgerald dramatically battled back as the bell sounded. 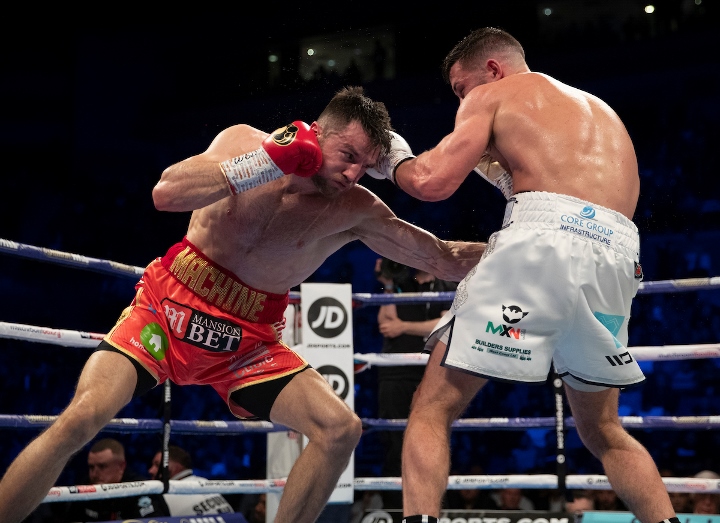 Incredibly, Fitzgerald had saved the best for last, flooring Fowler for the first time in his career in the tenth and final round with a beautiful right uppercut, left hook combination followed by two further left hooks. Fowler bravely rose and managed to last out the round as Fitzgerald once again admired his work a little too long. 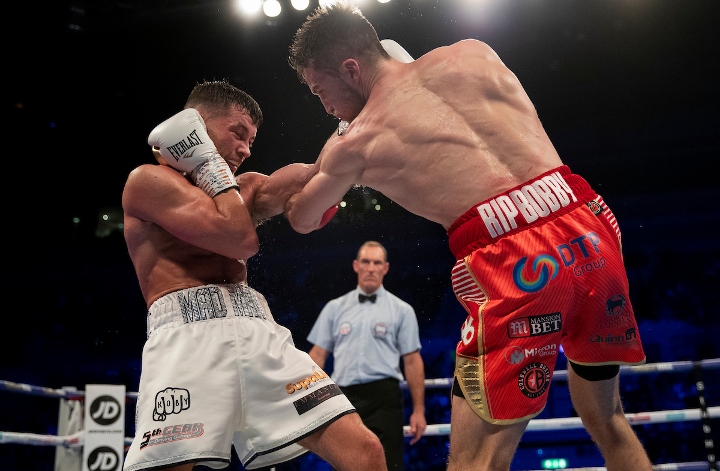 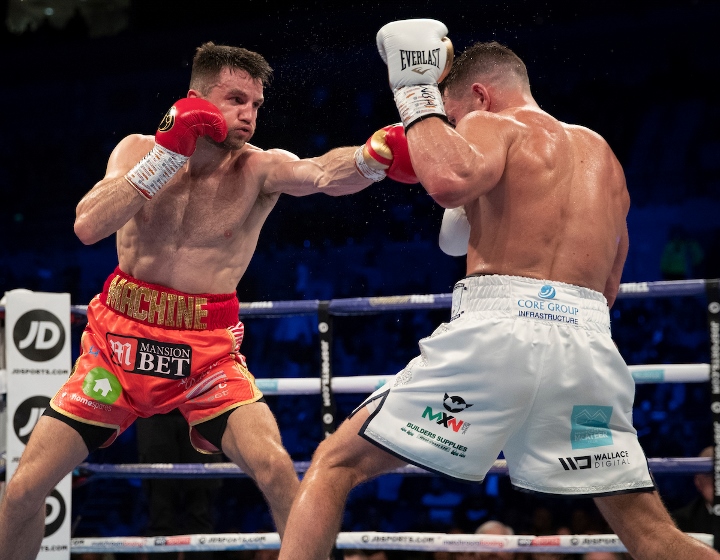 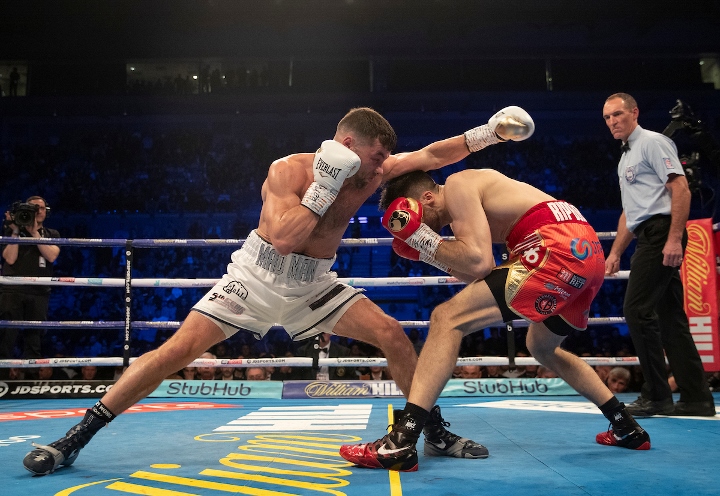 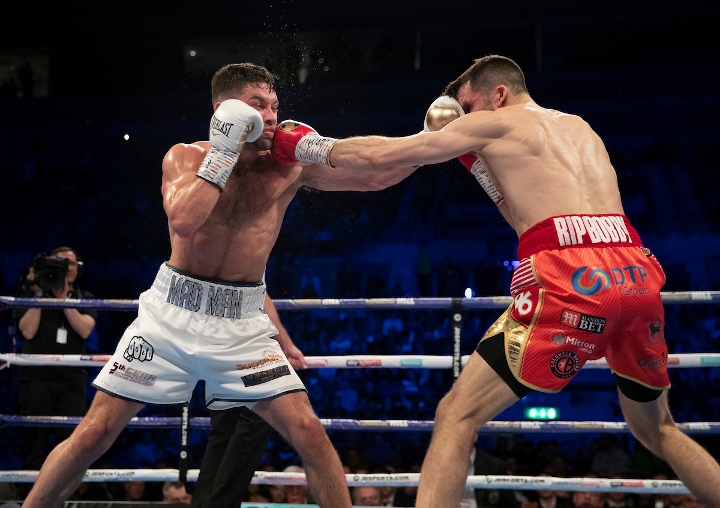 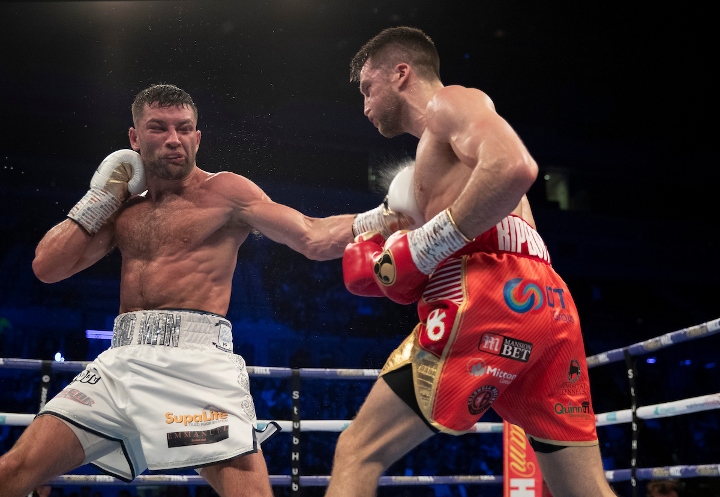 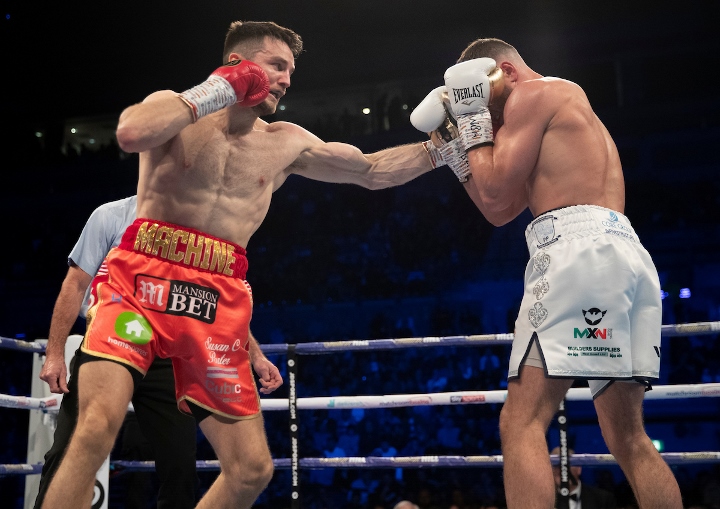 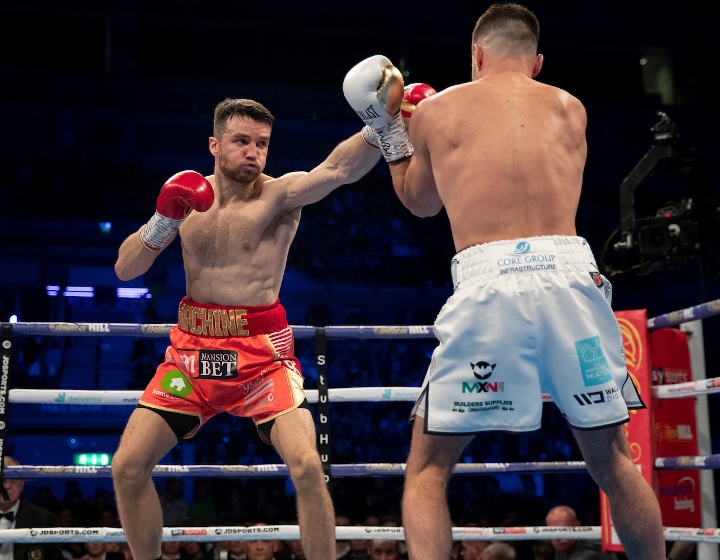 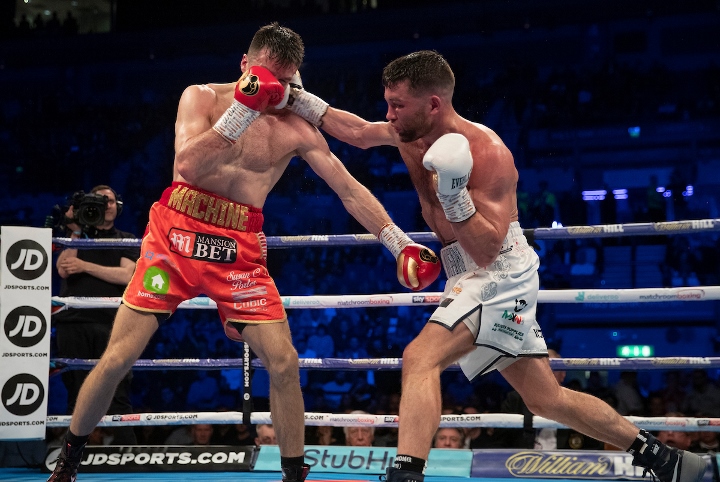 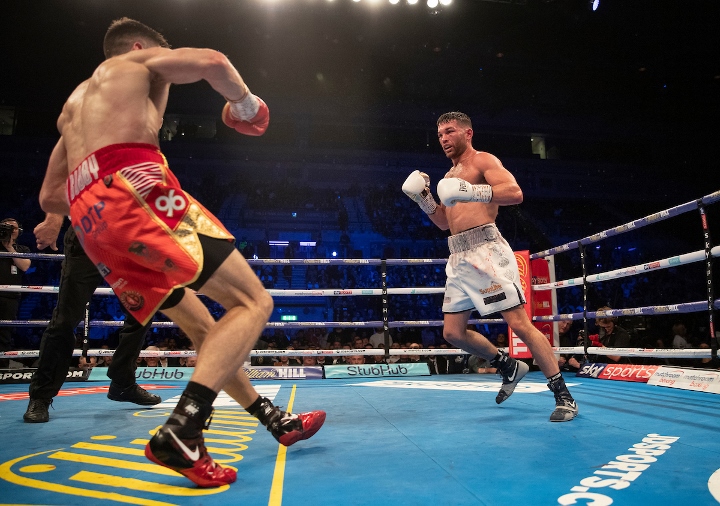 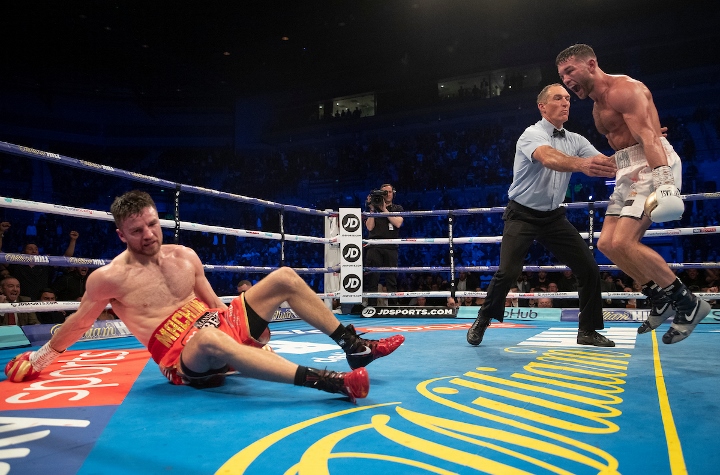 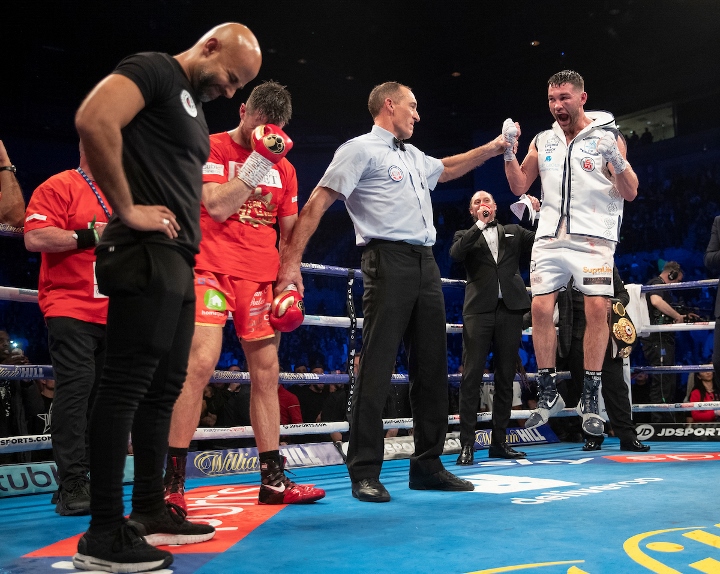 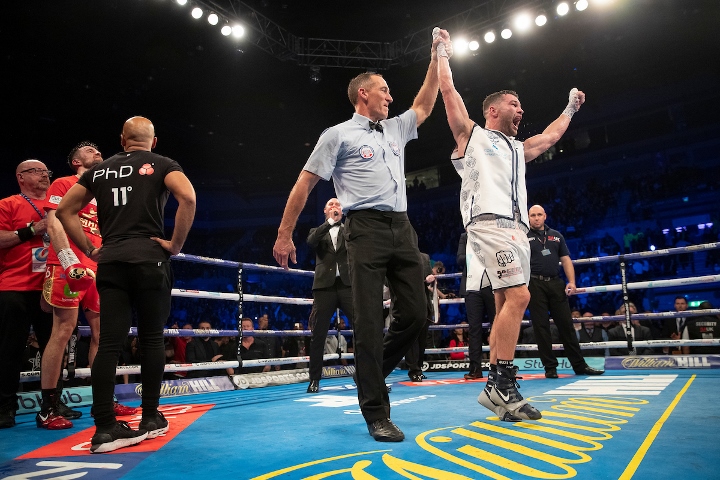 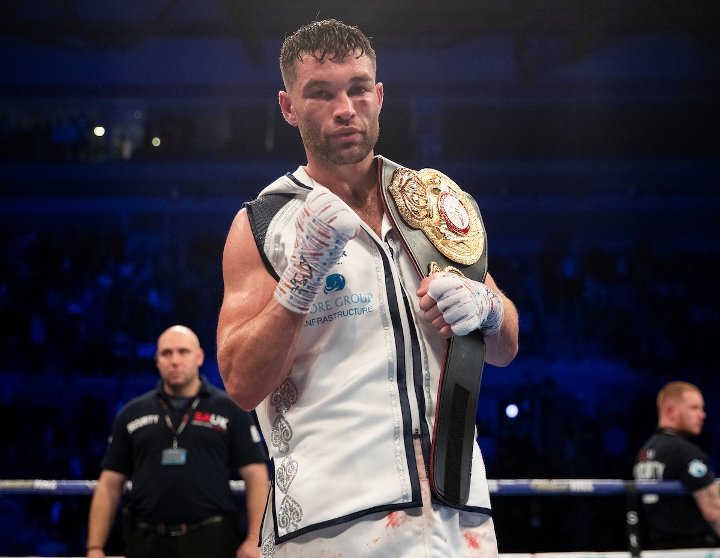