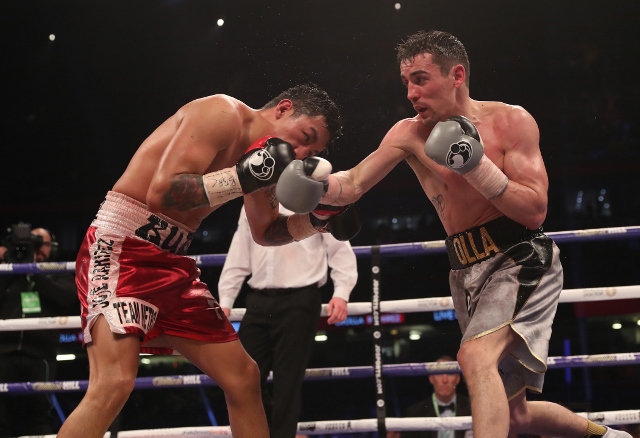 It was a workmanlike performance at best from Crolla five months after decisioning Ricky Burns in his first fight since the brace of losses against Jorge Linares. Crolla would bounce up and down while pumping out his jab, hands held high. 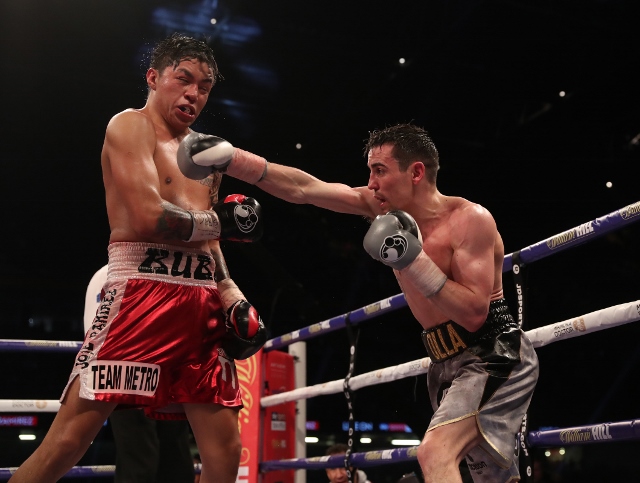 Ramirez, facially very similar to former WBC featherweight champ ‘Goyo’ Vargas, was having his first bout outside his native Mexico and having dropped two split decisions in his first three contests and had gone unbeaten ever since. 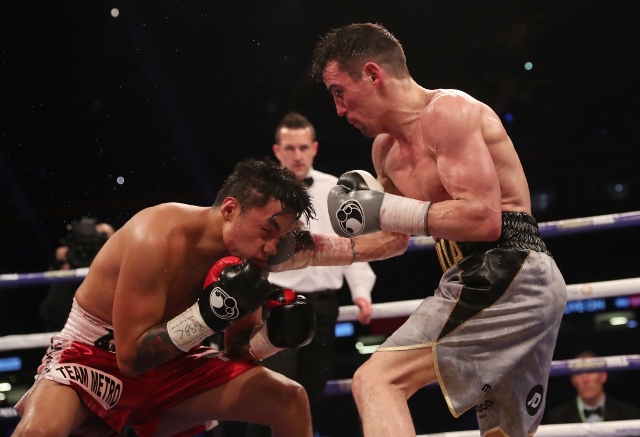 Crolla (now 33-6-3) was in a rare outing away from the Manchester Arena he’s made his home and was badly cut from a head clash in the third, later appearing hurt from a body shot in a rare exciting moment. 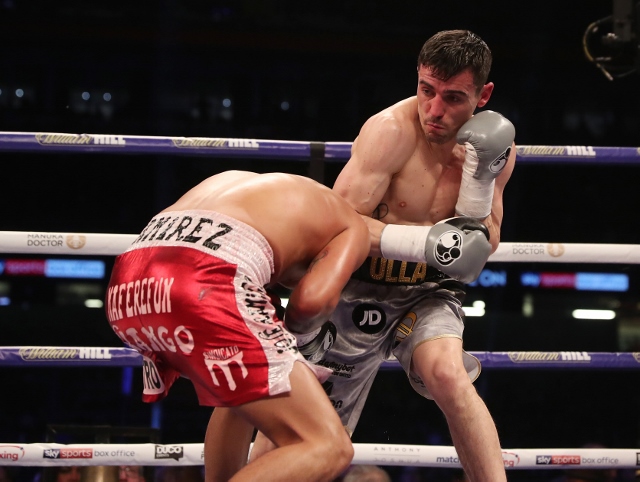 Near the end of In the fifth, Crolla caught the Mexican with a left hook and Ramirez simply smiled at him. There wasn’t much tension thoughout the fight as neither fighter seemed able to badly hurt the other and Crolla took most of the rounds without extending himself. 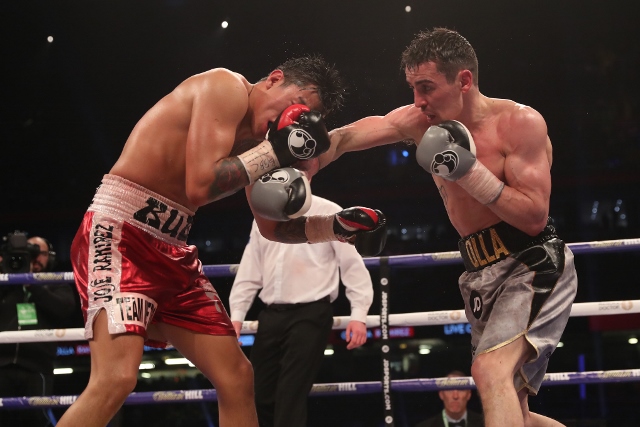 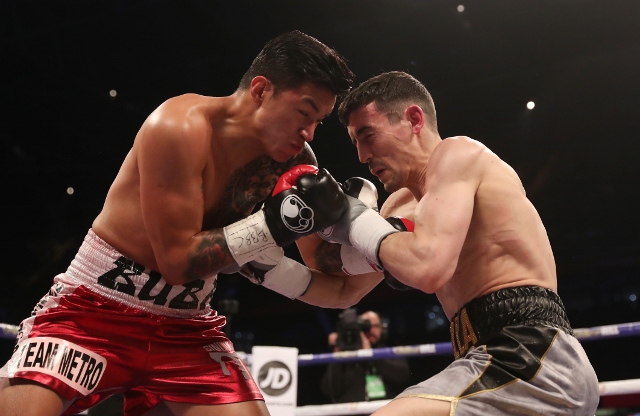 Parejo is a previous holder of the interim version of this title, which he lost against the man Burnett took it from, Zhanat Zhakiyanov back in 2015. It was Parejo’s first professional fight in Europe.

Burnett’s footwork was superior to the visitor’s and the champion used it effectively to get close enough to unload his favoured left-hook-straight-right combination in particular. 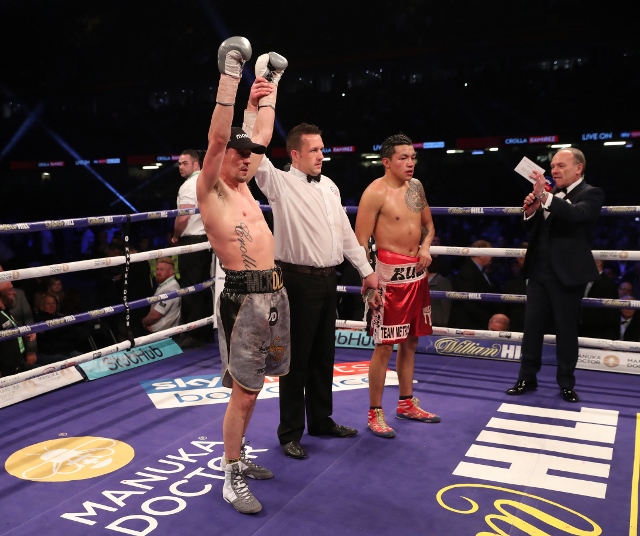 By the fifth Parejo wore a look of disillusionment as Burnett was constantly one step ahead of him in thought and action, punishing him with looping right hooks and uppercuts. 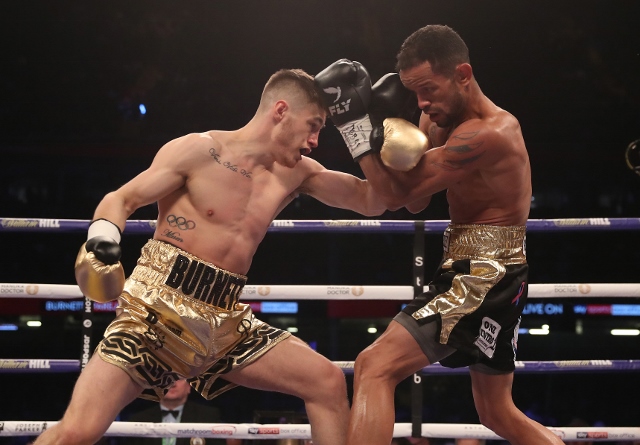 It was also significant that the champion was able to avoid much more of Parejo’s attacks, using a similar style of head movement as displayed by stablemate Josh Kelly earlier in the night.

Like Kelly Burnett turned southpaw in the ninth, as though to emphasise to the tough visitor how superior his advantages were. The judges scored 120-108 twice and 116-112. 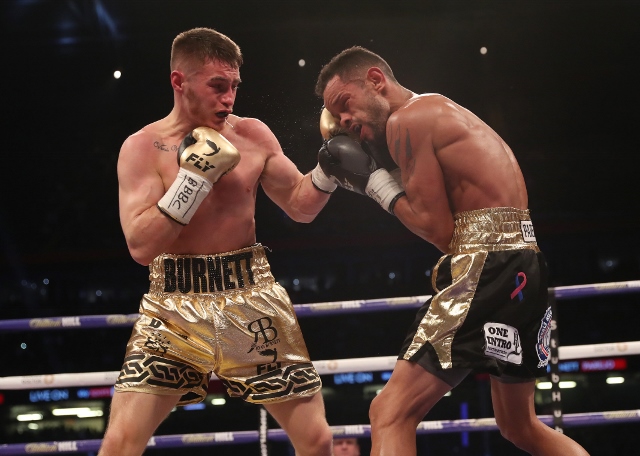 Burnett, who is no longer IBF champ, now looks towards possible and rumoured inclusion in the next season of World Boxing Super Series (WBSS) competition. 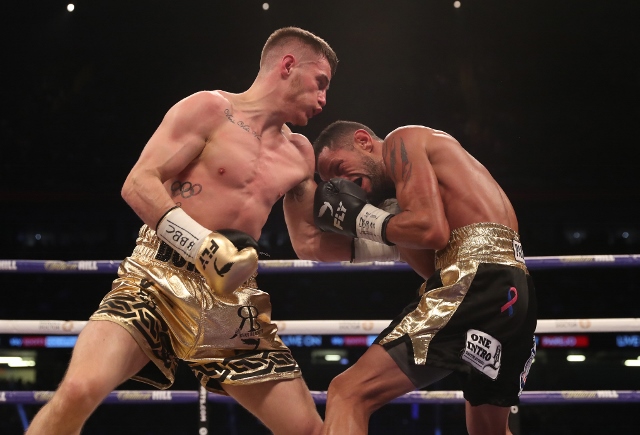 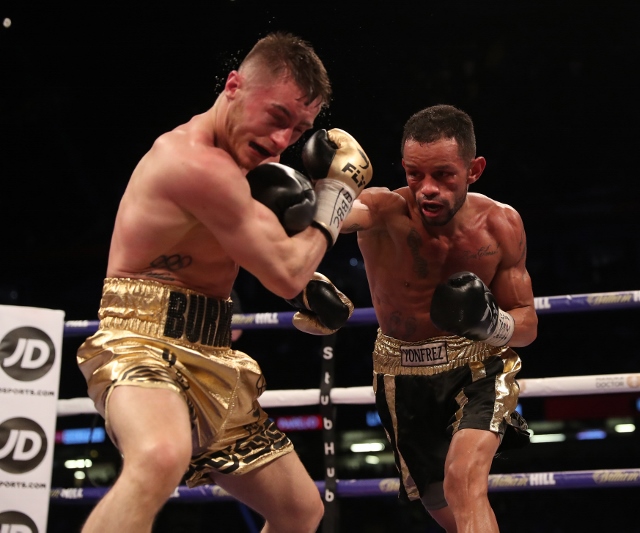 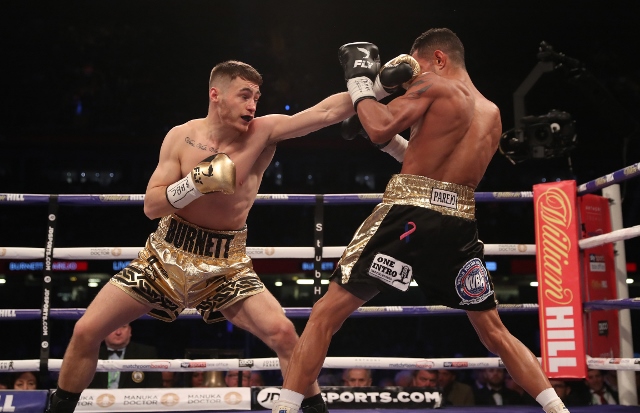 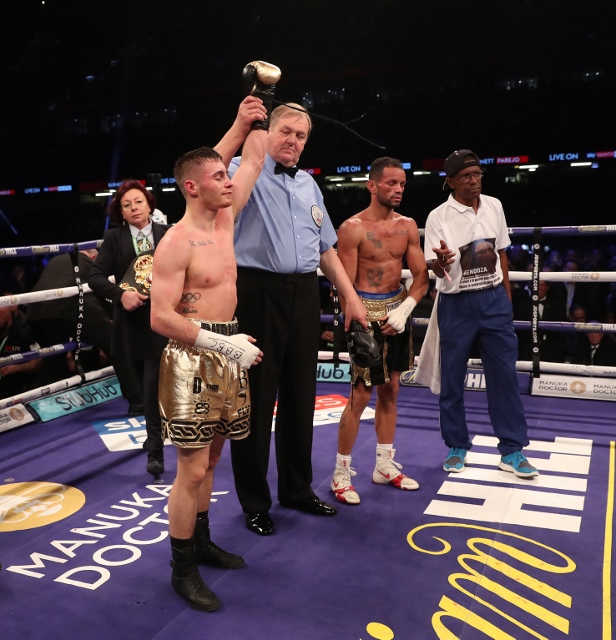 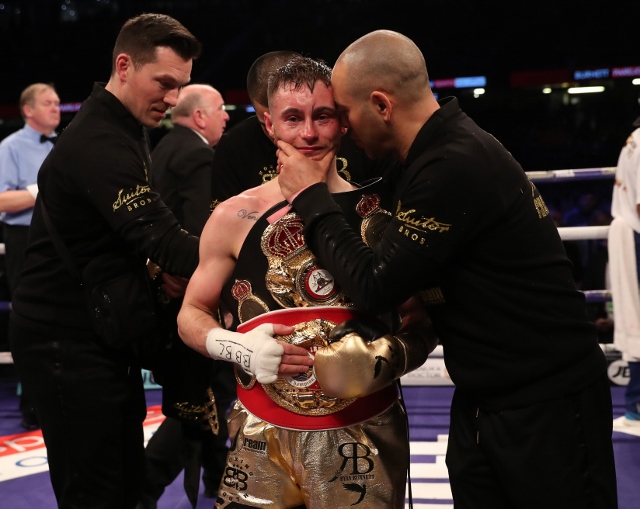