There figures to be much more weight separating Gennady Golovkin and Daniel Jacobs when they enter the ring Saturday night than there was Friday morning. 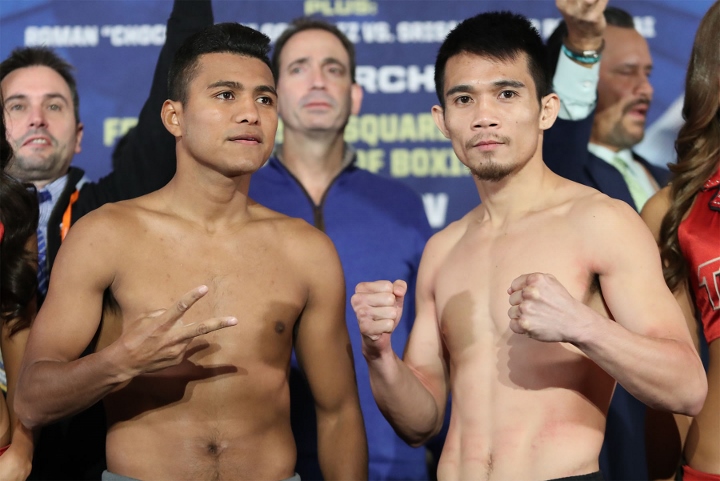 Because their weigh-in was about four hours earlier than usual, at least 38 hours will pass between the time they weigh in and the opening bell for their HBO Pay-Per-View main event. Jacobs is expected to weigh at least five or six pounds more than Golovkin once their fight starts, but Abel Sanchez, Golovkin’s trainer, doesn’t think the earlier weigh-in will amount to more of an advantage for Jacobs than for Golovkin. 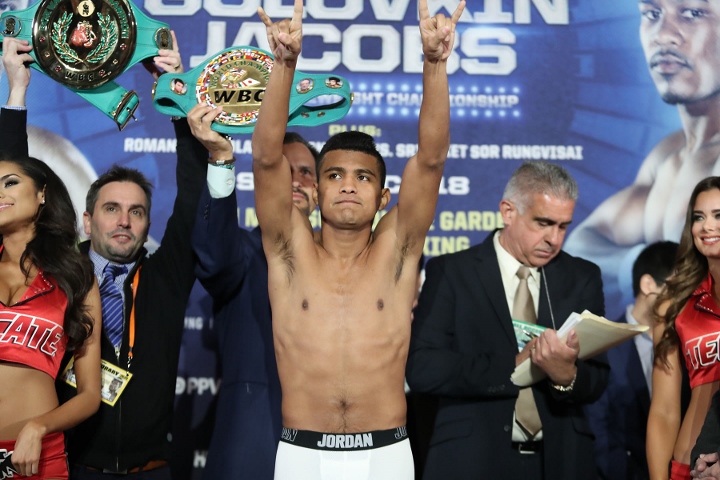 Sanchez said the 5-feet-10 Golovkin will weigh his usual “169 or 170” pounds when their fight starts. He expects the 6-feet Jacobs to weigh at least 175 pounds when the bout begins. 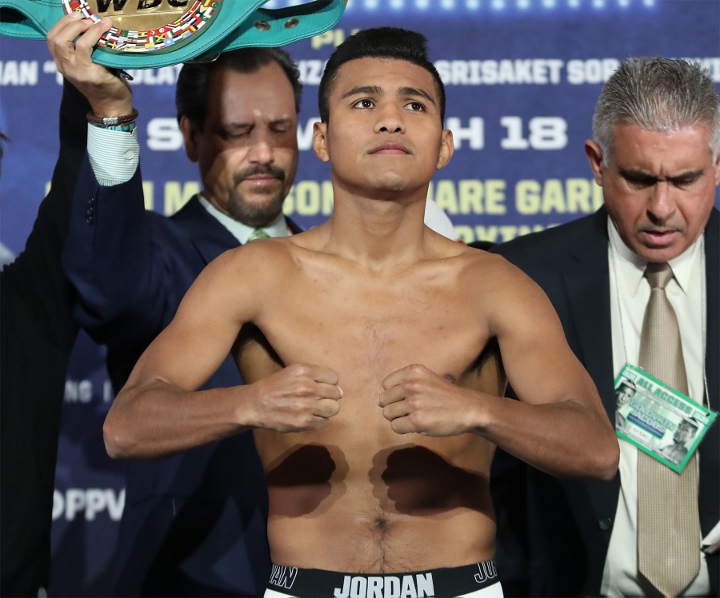 The 34-year-old Golovkin, who’ll take a 23-fight knockout streak into their match, is listed by most Internet sports books as a 7-1 favorite over the 30-year-old Jacobs. They’ll fight for Golovkin’s IBF, WBA and WBC middleweight championships. 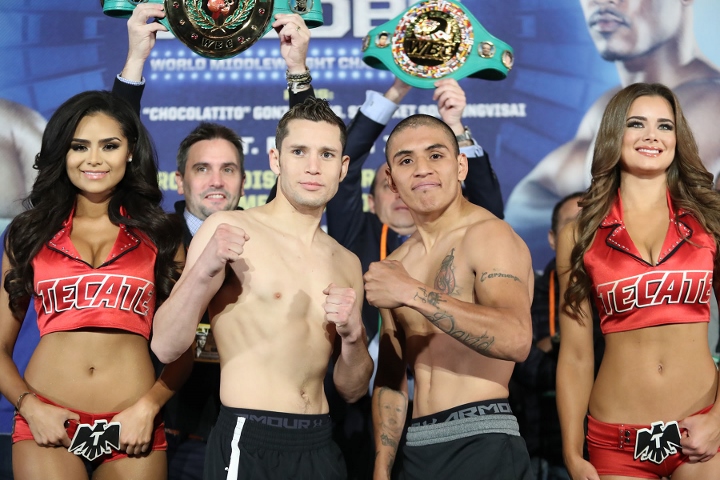 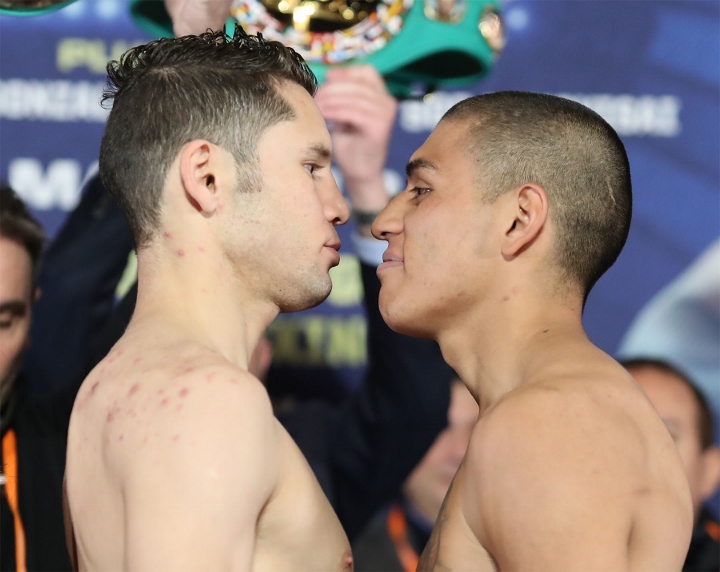 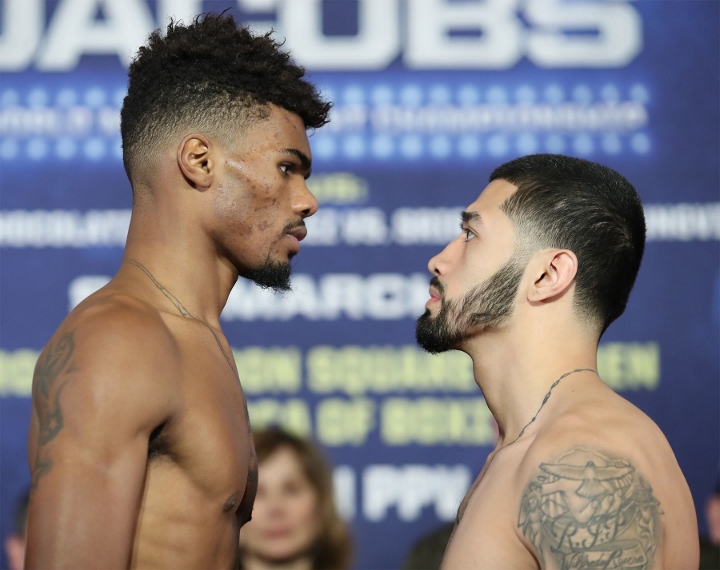 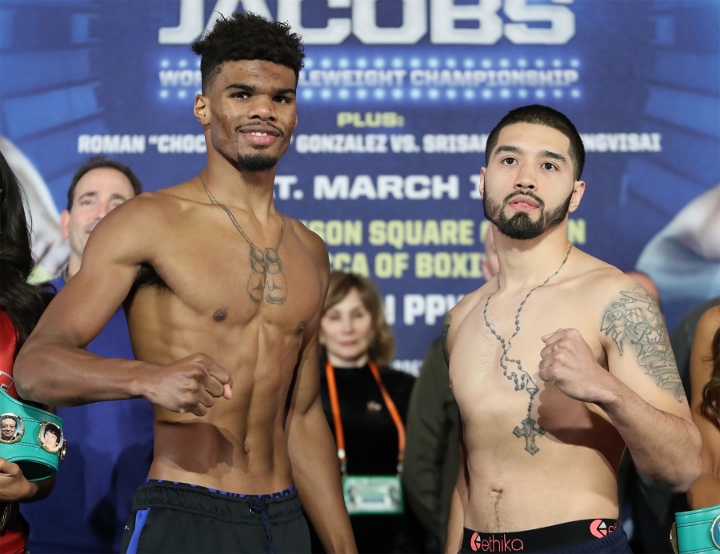 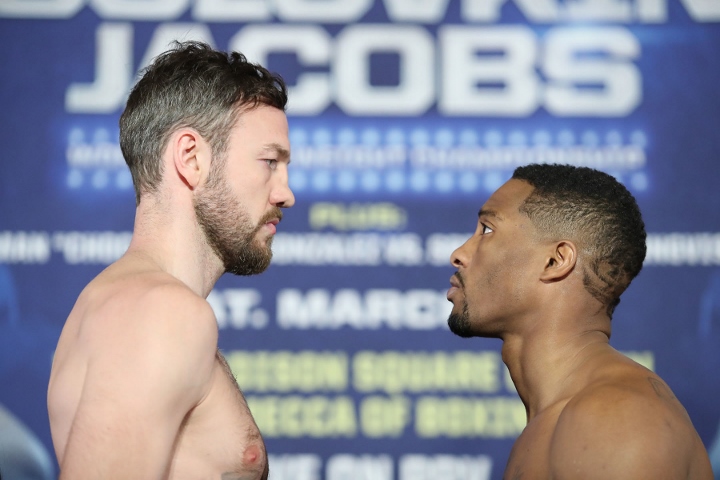 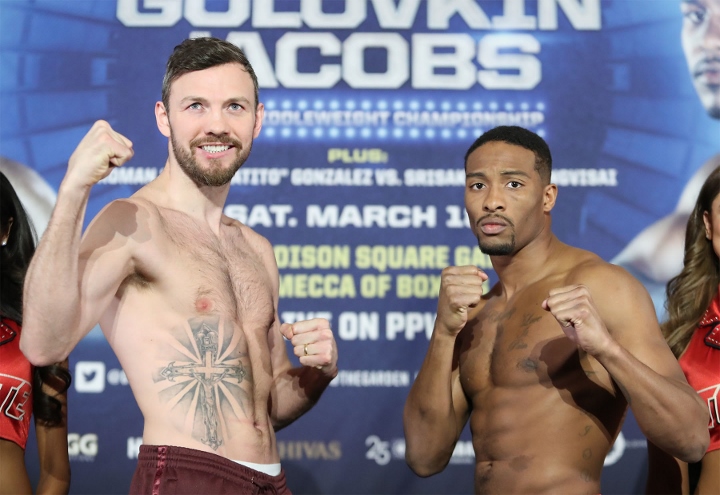