Fight fans were out in full force for a day of exciting fights at the StubHub Center in Carson, California. Golden Boy Promotions in association with Arano Box Promotions, Top Rank, Inc. and ELITE Boxing Promotion presented an exciting lineup in front of a packed house of 7,025 fight fans. Live on HBO Boxing After Dark, the crowd was served up a slate of fights representing the different corners of the world. Photos by Ed Mulhollad/HBO.

The main event of the evening was a hard-fought face off between Chubut, Argentina's Lucas "La Máquina" Matthysse (37-4, 34 KOs) and undefeated number one contender Viktor "The Iceman" Postol (28-0, 12 KOs) of Kiev, Ukraine for the vacant WBC Super Lightweight World Championship. Prior to the bout, the Argentinians in the crowd erupted in a spirited chant of "Olé Olé Olé", creating a festive vibe in the arena for this highly anticipated showdown. 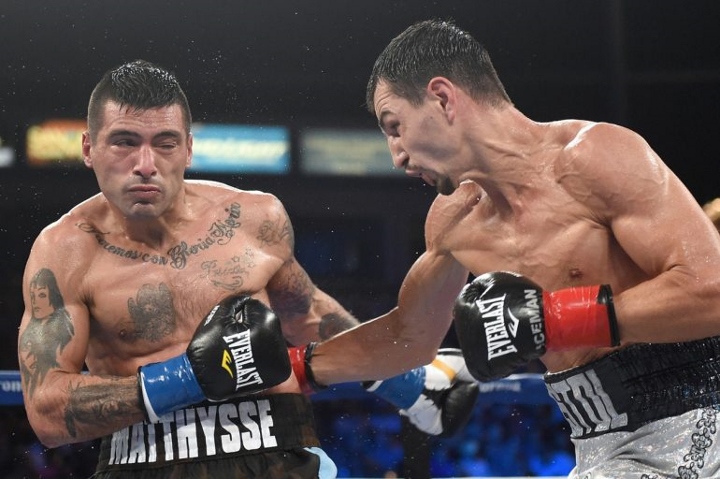 The fight got off to an exciting start with Matthysse mounting an aggressive offense, but Postol effectively used his height and reach to strategically render Matthysse's attempts at an assault ineffective. Matthysse then changed tactics and came back in later rounds using long crosses and jabs to maintain enough distance to lodge an effective attack. By the end of round six, Matthysse hit his stride, tripping Postol up with a powerful right hook. 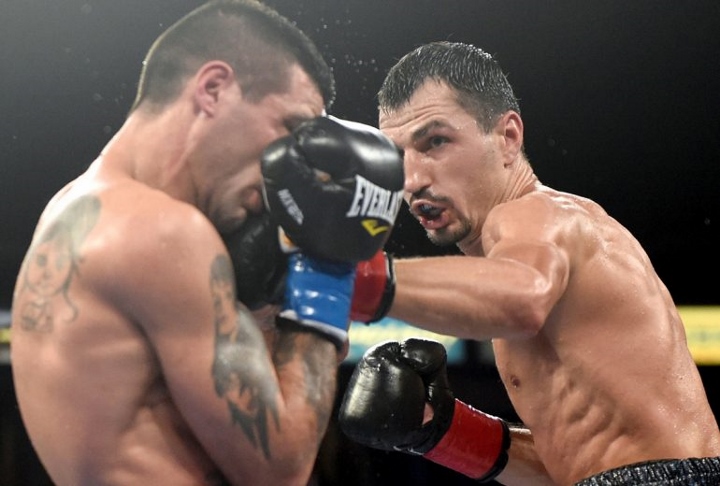 However, Postol rebounded from Matthysse's assault by lodging an effective combo series to end the round. With just seconds left in round ten, Matthysse was hit by Postol's left uppercut cross that sent him to the ground, effectively ending the match-up. Postol successfully defended his undefeated record and won the match in a knockout. 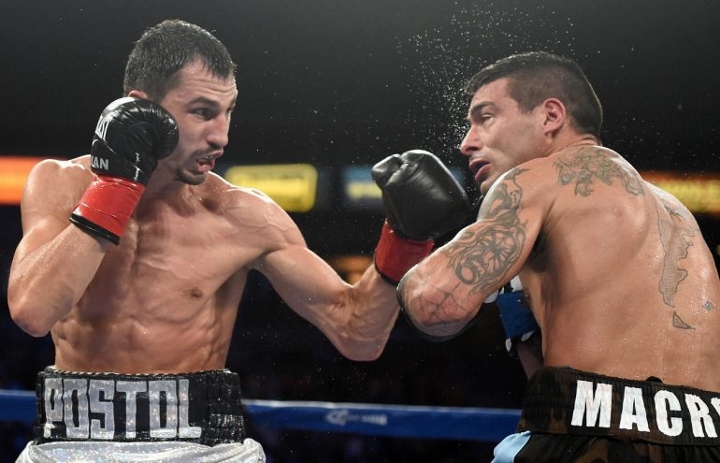 The co-main event of the night saw San Diego, California's Antonio Orozco (23-0, 15 KOs) take on Humberto Soto (65-9-2, 35 KOs) of Los Mochis, Mexico in a brutal 10-round super lightweight fight.  The crowd was served up a satisfying bout that started out strong with Soto pinning Orozco to the ropes in the second round. 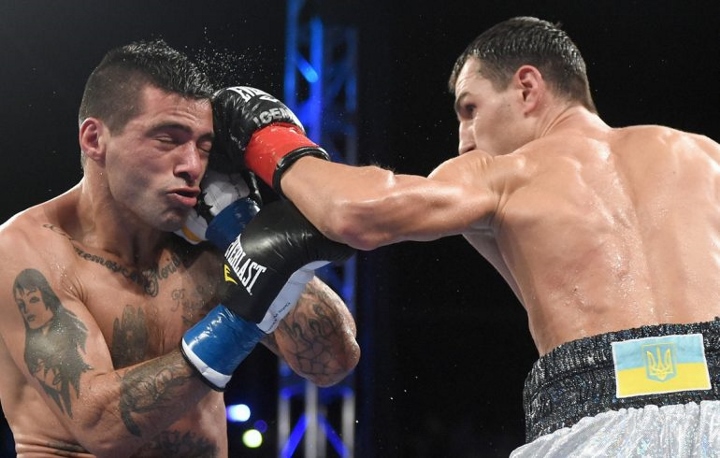 However, Orozco came back strong in the third round, delivering a series of powerful body blows as well as several punches to the back of Soto's head that drew a warning from the referee. Early on in the fifth round, Orozco had Soto on the ropes, but Soto quickly bounced back with a series of combos to end the round. Round seven brought a back and forth battle between the two opponents, but ended with Soto capitalizing on a momentary lapse in Orozco's defense to land an effective series of blows that caught him by surprise. 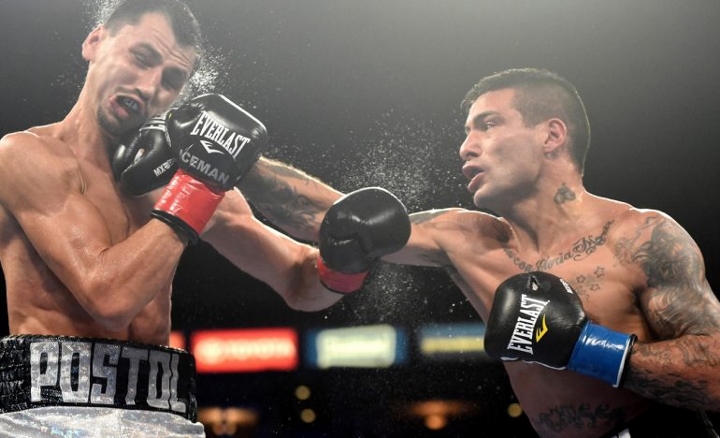 Orozco however came back with aggression in the eighth round delivering a below the belt punch that had Soto on his knees and drew a penalty. Orozco followed this up with another series of debilitating blows that had Soto on the ground again to end the ninth round. Orozco begins the tenth round with another assault to Soto's beltline that the ref deems a slip. Undeterred, Orozco continues his attack on Soto, ending the bout with a final highly effective combo. In the end Orozco emerged victorious with his undefeated record unmarred in a hard-fought unanimous decision. 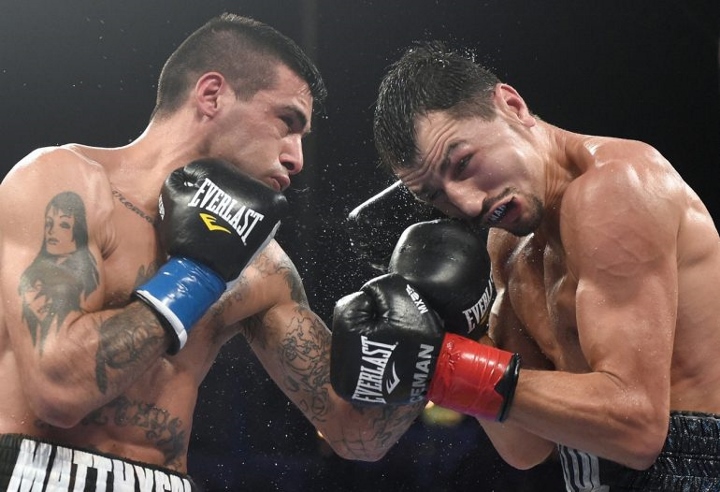 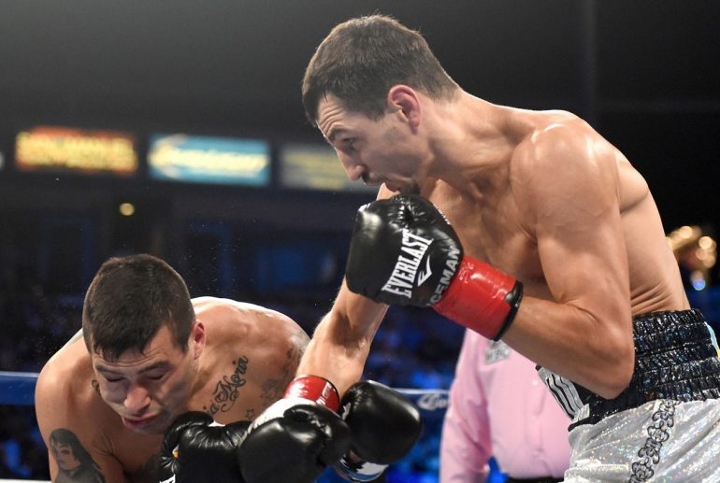 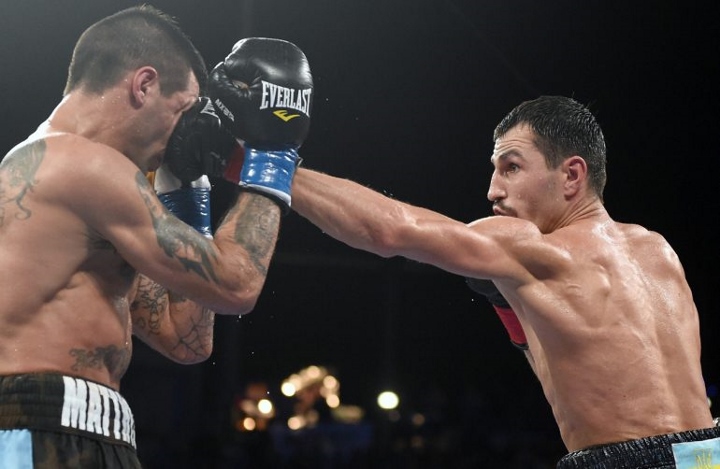 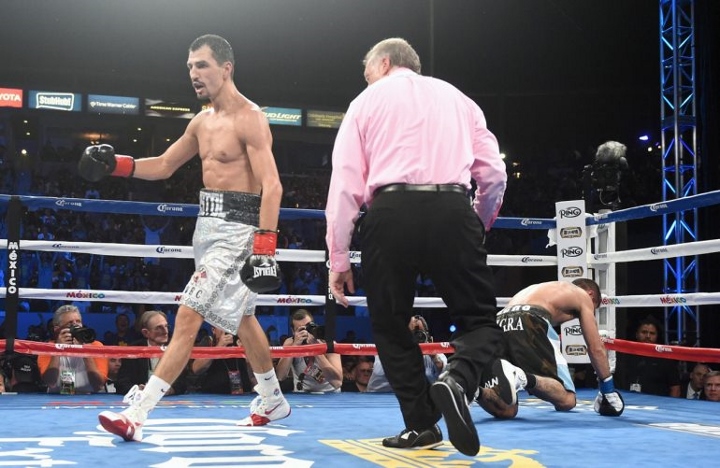 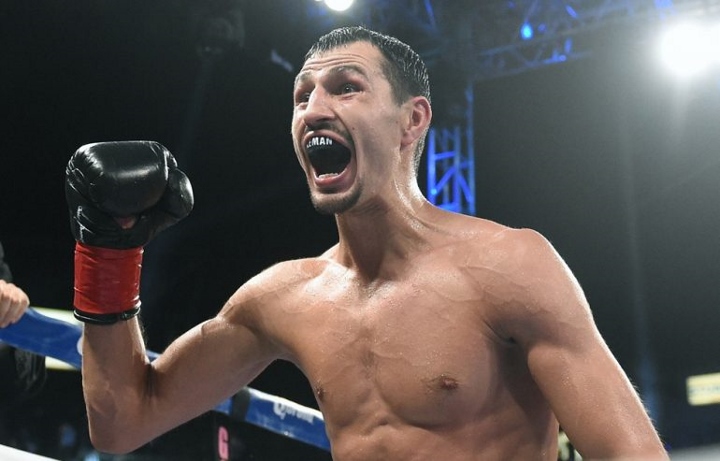 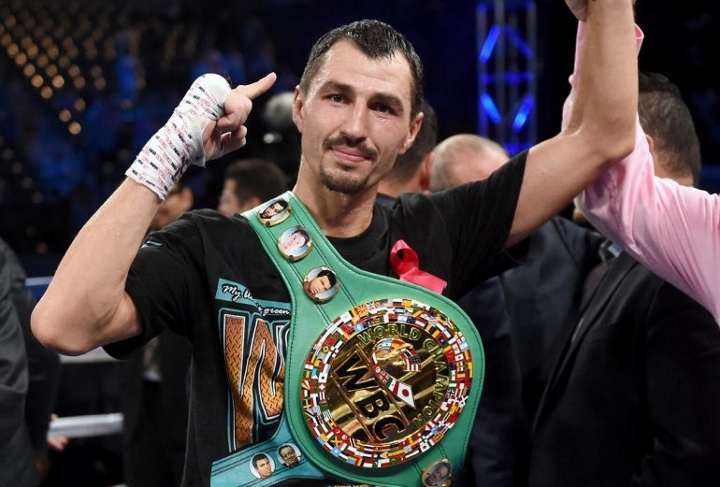