WBC Heavyweight World Champion Deontay Wilder and former world champion Bermane Stiverne showed off their power and skills at the media workout Wednesday in Brooklyn before they meet in the main event of SHOWTIME CHAMPIONSHIP BOXING Saturday, November 4 from Barclays Center, the home of BROOKLYN BOXING™. 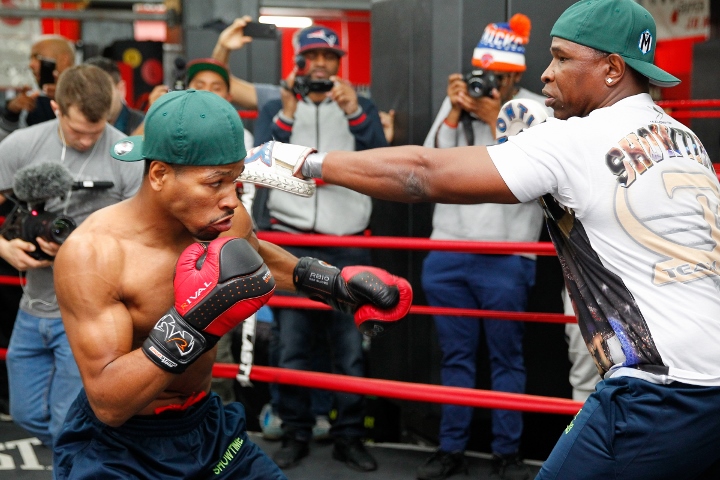 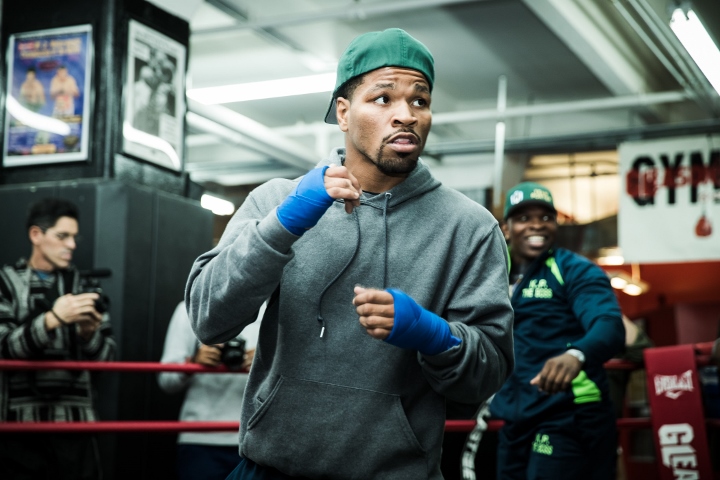 Joining the televised fighters at Gleason's Gym on Wednesday were five-time world champion Amanda Serrano, who returns to the ring in undercard action Saturday. Also in attendance were unbeaten prospects Chris Colbert and Titus Williams, who meet in an eight-round featherweight attraction.

Here is what the fighters had to say Wednesday: 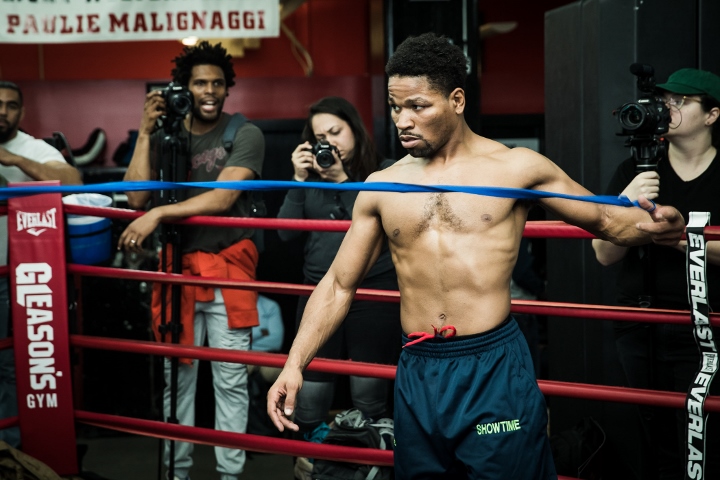 "This is a great style matchup. I think that's why this fight was made. We are two guys that are going to go in there and go 12 hard rounds. My job is to get in there and outbox him and get him out of there.

"I don't think I need to make any adjustments because I can come forward, move around the ring, create angles - I think Adrian isn't exactly ready for that. My foot movement and of course my hand speed will be the difference.

"This is the second eliminator for me. It is about doing it again. I have to get the job done and get that fight with Keith Thurman.

"I want to make it very clear that I'm the better boxer. I want it to be clear that I can do to Adrian Granados what no one else has been able to do - put him on his butt.

"On all of our gear we wrote #VegasStrong. We want to send a message to everyone in Vegas that I don't just live there, but it is part of my heart now. My heart goes out to everyone affected by the tragedy and now we are over a month past that. I am fighting for the people of Vegas." 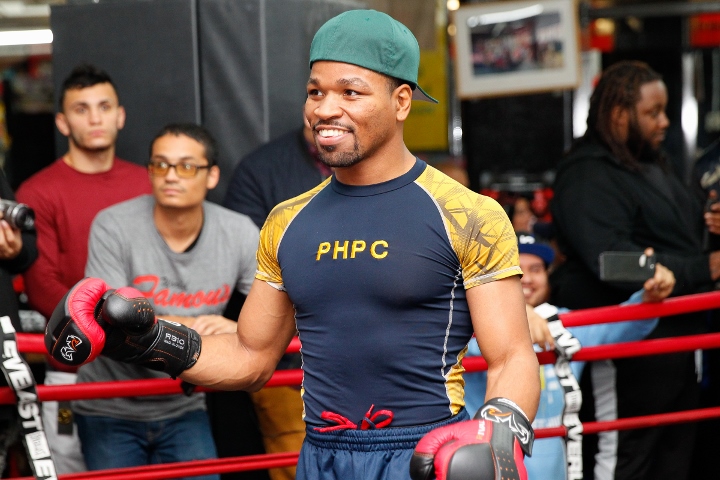 "It means a lot to me to be in this fight on this stage. I definitely need to win and bounce back from my loss to Broner and show that I have a lot more to give to this sport. I'm far from down and out, I just showed up to the party and I'm ready to leave my mark.

"I think 147 is a weight that I'll be good at. I've fought here and at 140-pounds so I'm comfortable either way. This was just an opportunity that I couldn't pass up.

"I never fight the same way. This is a fight and it's going to have everything that comes with that. I'm going to be prepared for what Shawn Porter brings to the ring. This fight kind of came out of nowhere but it was easy for me to agree to.

"This is a great opportunity to prove that I'm able to fight with anyone in this sport. I can compete on the highest level and I'm going to show everyone that I'm a force on fight night." 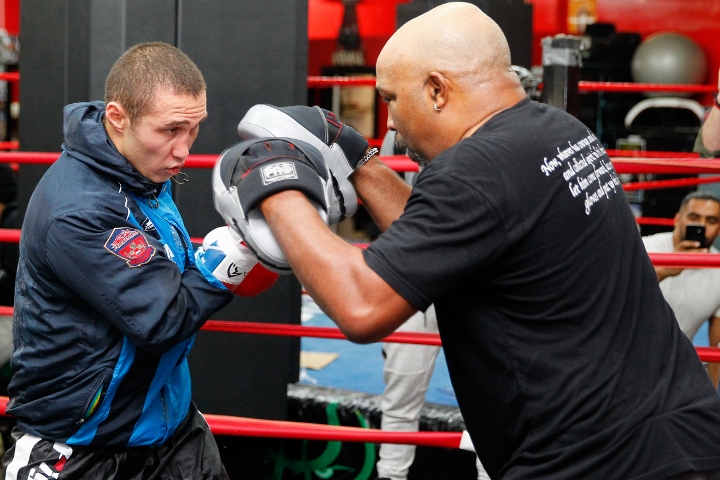 "I'm very happy right now. I'm very excited to fight for a title, but I know how to contain my emotions and direct them in a positive way. When I get in the ring, I'm going to make everyone else happy with my performance.

"I had great sparring partners for this camp and I've worked hard with Buddy McGirt to get in the best shape possible. My team did a great job getting me to this point so I couldn't be happier.

"At this level, there are no bad fighters. Anyone who walks in the ring and stands in their across from me should be respected.

"My preparation for this fight has been at the same level as it was for all of my other fights. I always train like the title is on the line. I always bring my best and I know that Kondo will do. He's trying to take advantage of this opportunity too.

"I was here in March fighting on the Keith Thurman vs. Danny Garcia undercard and I knew that one day I would be fighting for the title in that same arena. I love New York and I love the boxing fans here. This is just a great event and I hope everyone sees my performance." 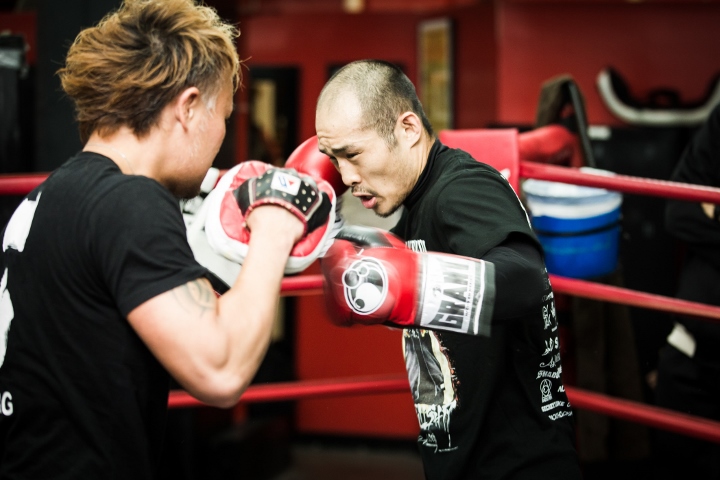 "I had a really strong training camp. I feel ready to fight. I'm ready to go today If I had to. Everything in camp went as well as I could have hoped.

"I know that Lipinets is a hard puncher and a very good overall fighter. I'm going to do my best to avoid the big shots and use my skills.

"I want to put on a performance that will guarantee that people will remember my name. I think it's going to be a really good fight and make me more well-known throughout the world. I'm not just doing this for myself, but for everybody back home.

"I'm so grateful and excited to have the opportunity to be on this card. I know how fortunate I am to be in this position and I'm ready to make the most of it." 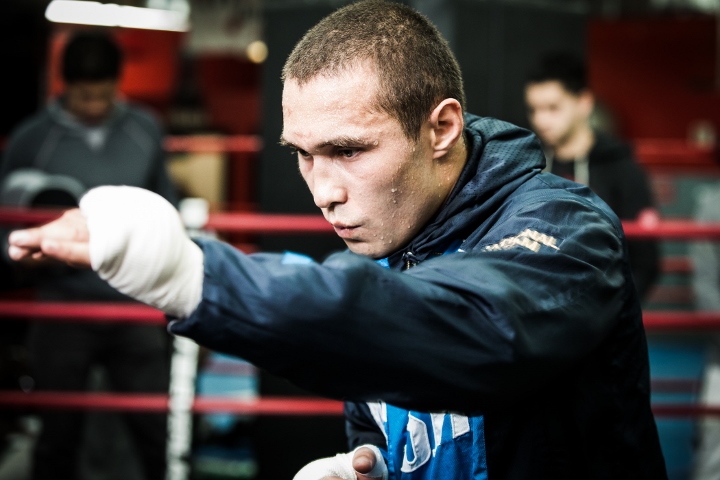 "Every fight is huge for me to show that I'm still winning and continuing to get better. I love fighting at Barclays Center on big shows like this one. It's always fun to fight in front of your fans and hopefully as I gain recognition I can bring bigger and better things to women's boxing.

"I'm always looking for the next big challenge. Eventually I would like to break my own record and look to grab a title in a sixth weight class. I'm ready to take on the best fighters and the biggest challenges.

"You can't underestimate anyone in this sport, so we trained very hard leading up to this one. She's coming in here to knock my head off. This camp was actually a little different because I didn't have to diet for this fight. I could actually eat at this weight and I'm feeling really strong.

"I'm facing a tough girl who's only been stopped twice, so my goal is to make this one quick. The faster the fight the easier for me and it gives the fans something to get excited about." 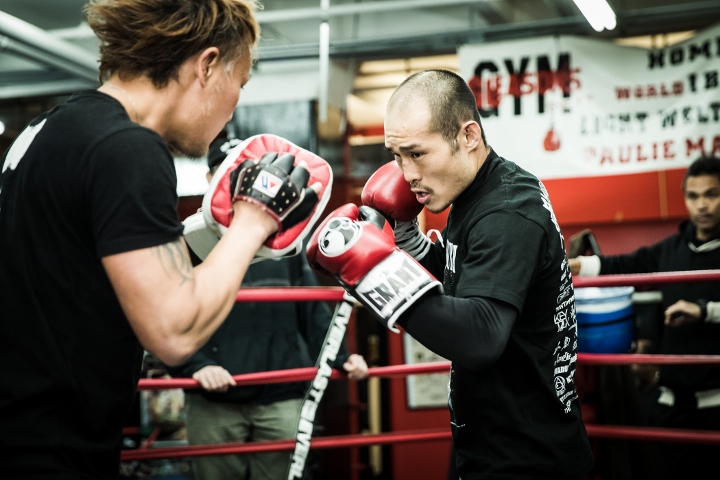 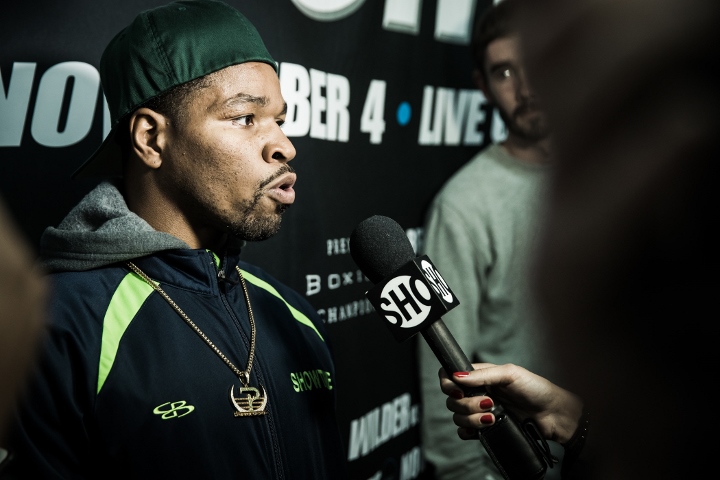 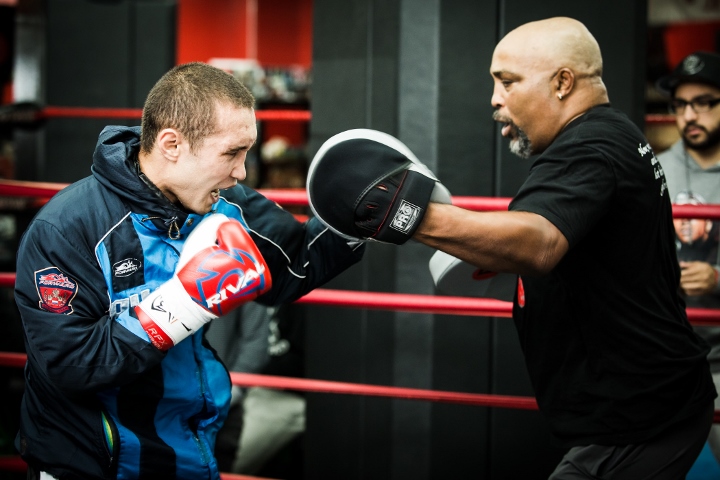 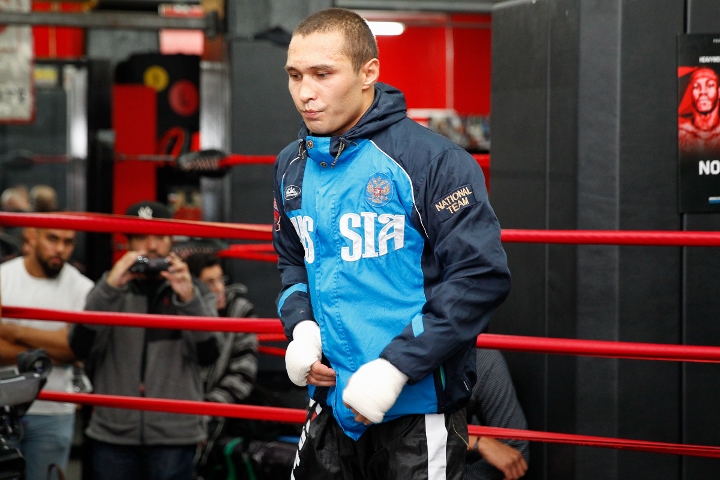 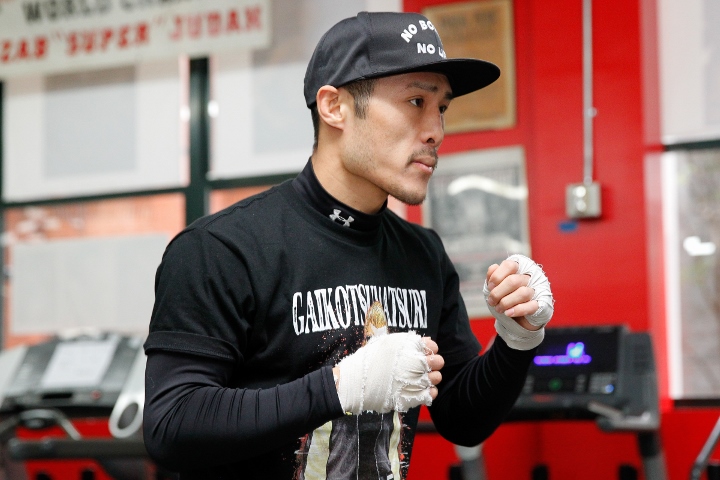 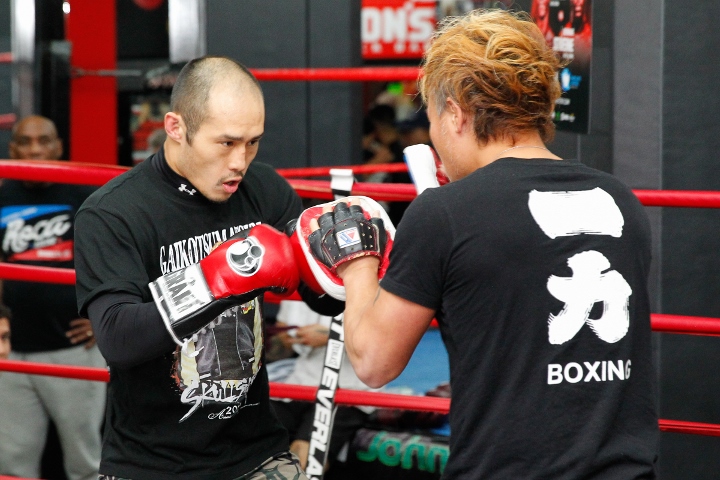 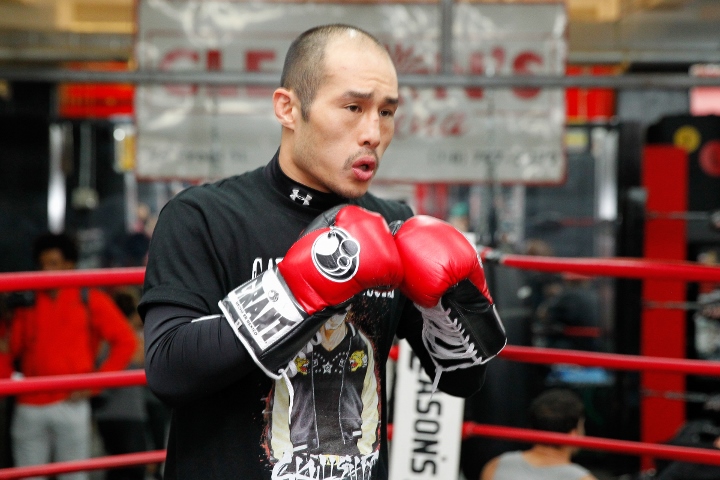 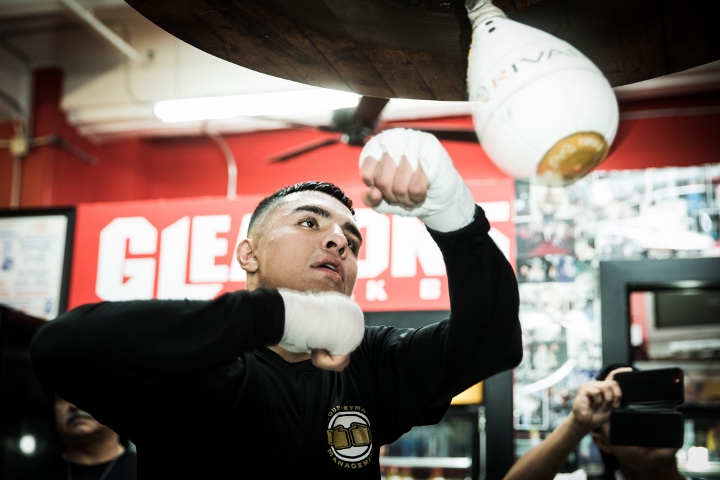 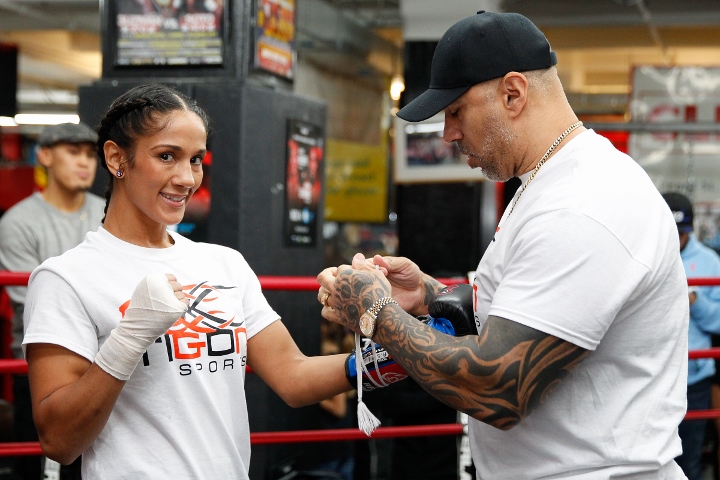 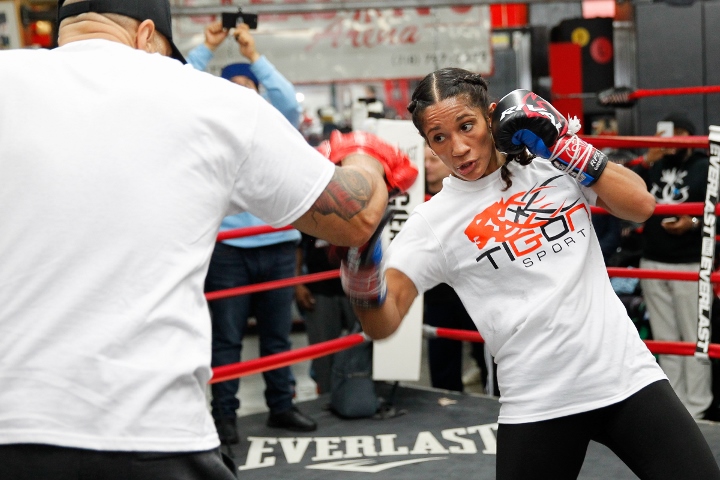 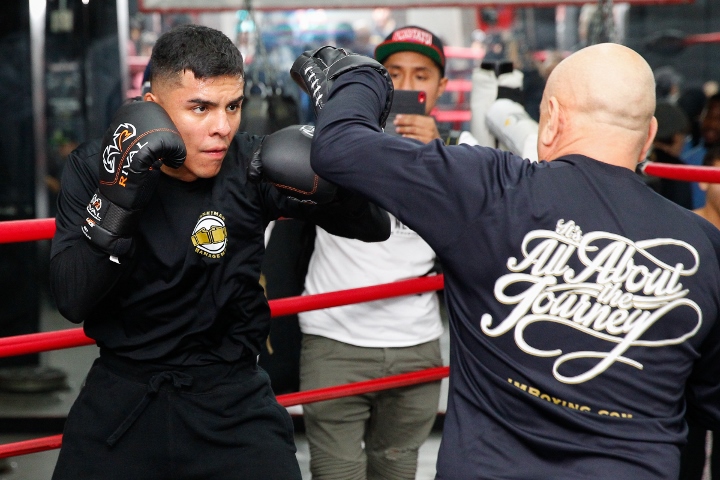 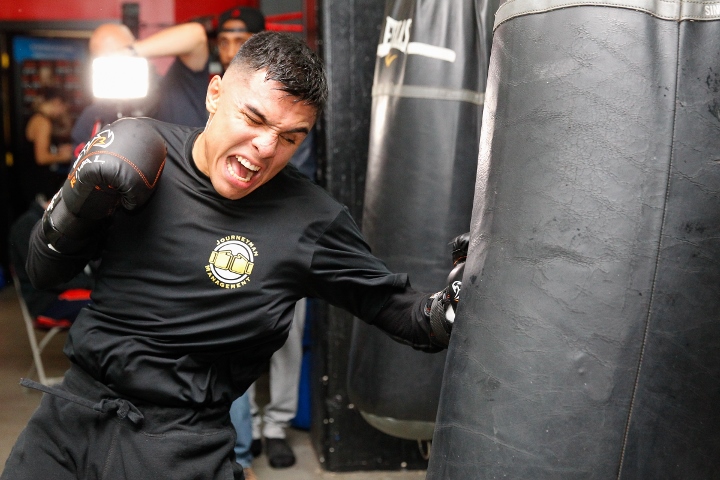 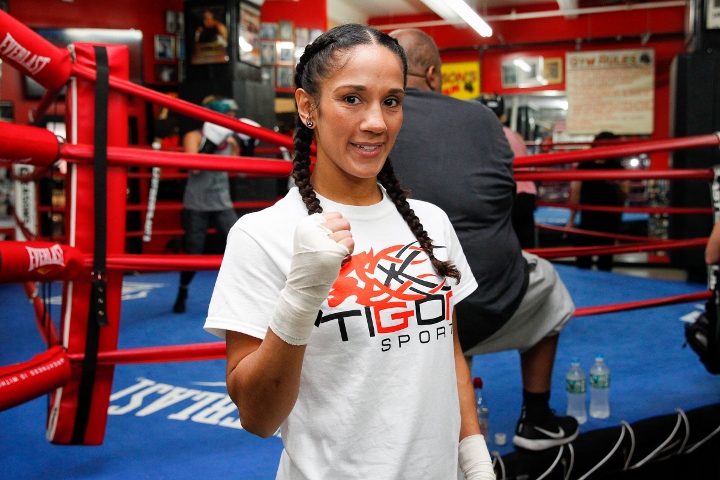 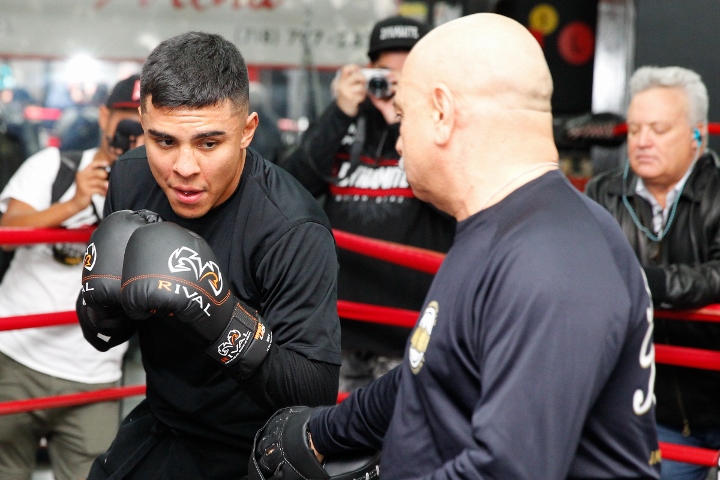