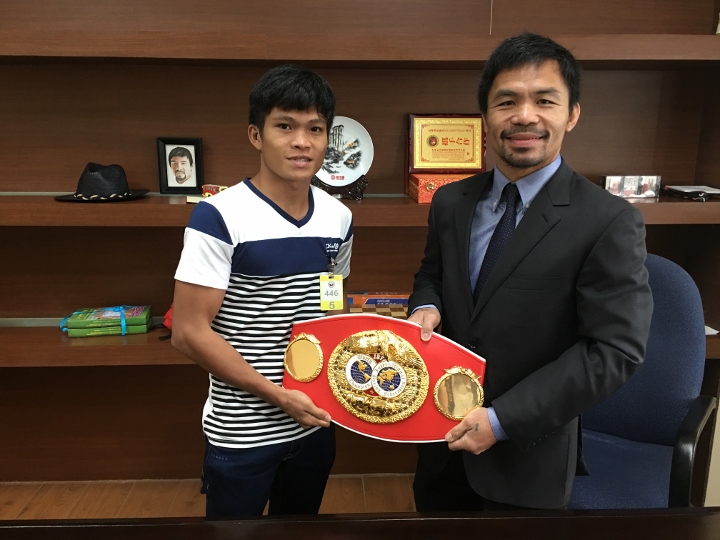 Ancajas, who is the son of a banana plantation worker in Panabo, Davao del Norte dominated the Puerto Rican world champion and even sent him through the ropes with a flurry of punches in the 8th round to win a unanimous twelve round decision at the Navy Gymnasium in Taguig City last Saturday. 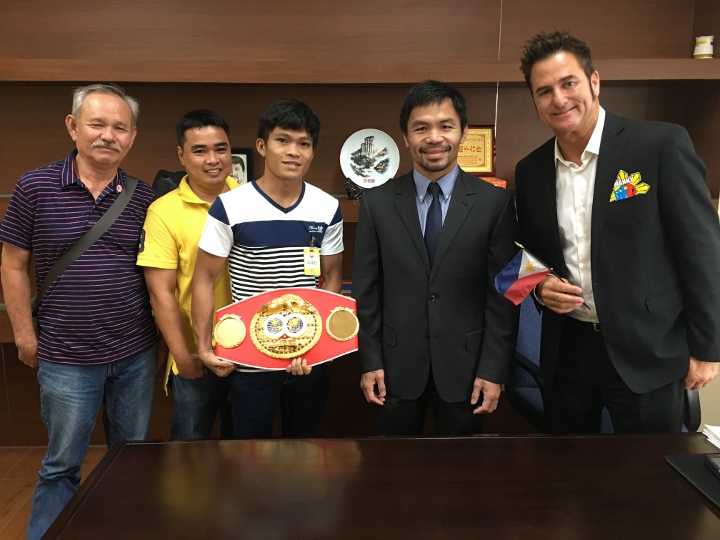 Ancajas told The Manila Standard in a pre-fight interview that he agreed to the small purse just so he could earn a crack at the title and his hard work and sacrifice along with trainer Joven Jimenez paid off handsomely.

He told us “what was important to me was to win the world crown and bring honor to our country. Money, to me, is not the primary motivation,” Ancajas said.

Senator Pacquiao, was  touched by Ancajas’ humility and determination which reminded him of his own career and indicated Ancajas who gave MP Promotions its first world title” deserved to get a bonus for bringing honor to our country.”

Manny noted that Ancajas had all the attributes  champions are made of – humility, courage, determination and strong faith in God.”