Cosmopolitan, Las Vegas - Former featherweight world champion Oscar Valdez (27-0, 21 KOs) made his debut at 130-pounds and was forced to get off the floor to stop very late replacement Adam Lopez (13-2, 6 KOs) in the seventh round. (photos by Mikey Williams) 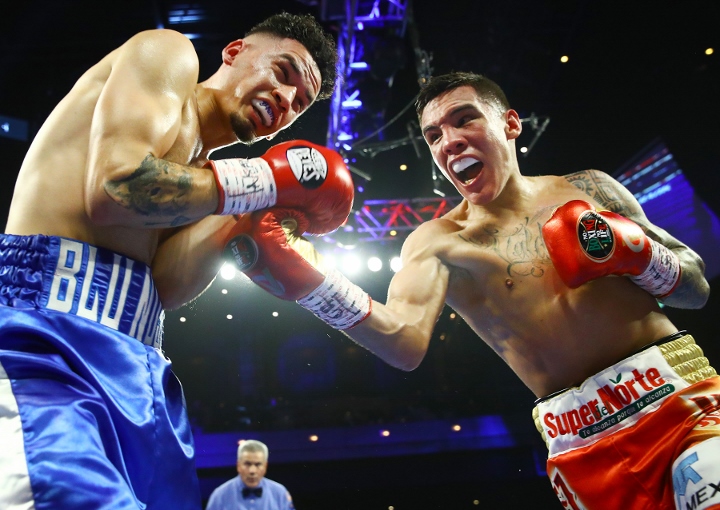 Valdez was scheduled to face Andres Gutierrez, who was pulled from the fight after being 11-pounds over the limit at Friday's official weigh-in. Lopez, who was scheduled for a featherweight bout on the undercard, stepped in. 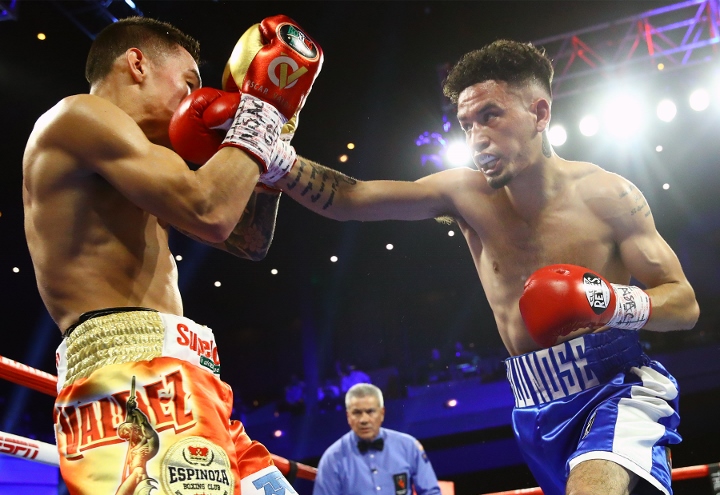 Lopez came out with a solid jab. Valdez was throwing and landing the much bigger punches.  Valdez was controlling the second, until Lopez a solid hook that sent the former champ down to the mat. Valdez beat the count, seemed a bit shaken but stayed on the move until the end of the round. 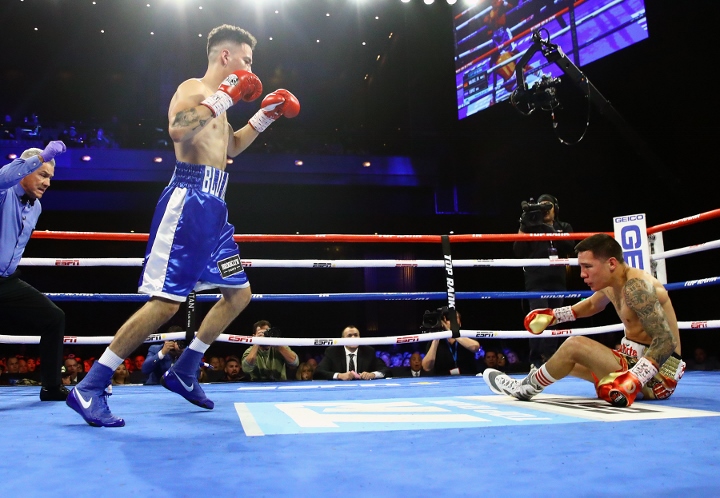 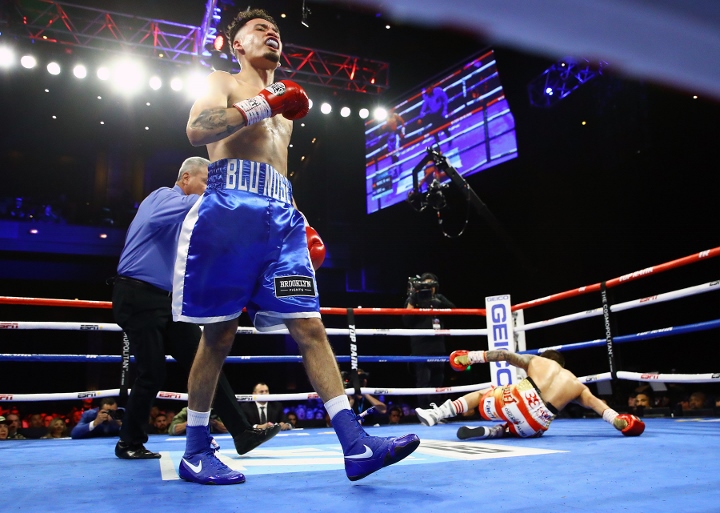 In the seventh, Lopez got caught by a hard hook and went down. Lopez was surviving and seemed to be doing well, but Valdez was connecting with hard shots and the referee jumped in a bit too early for some. 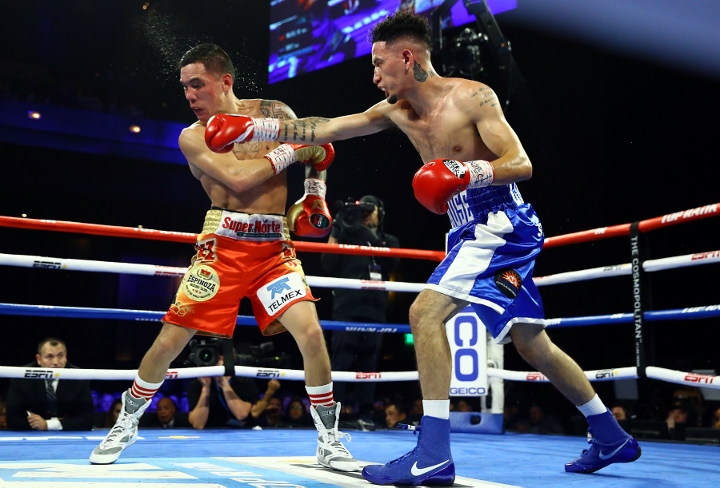 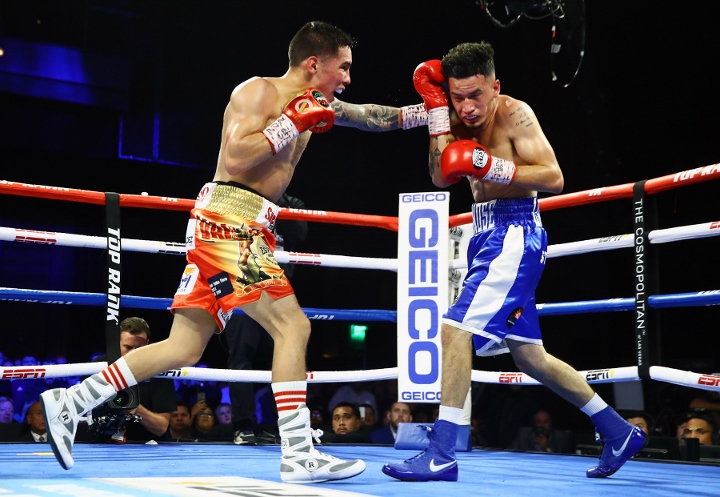 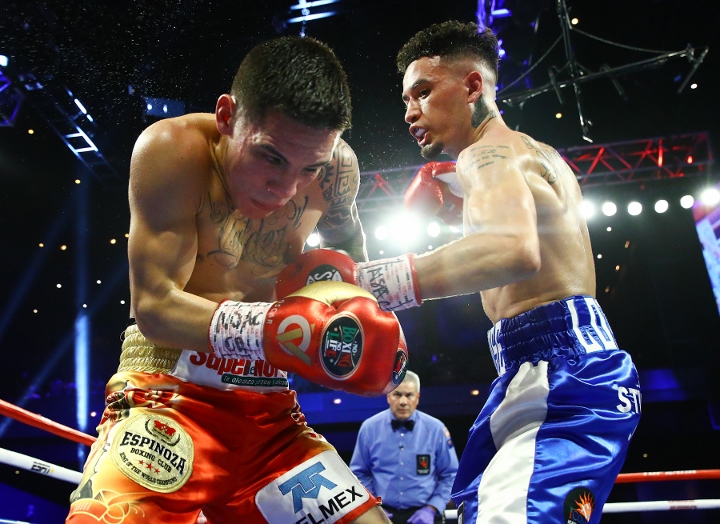 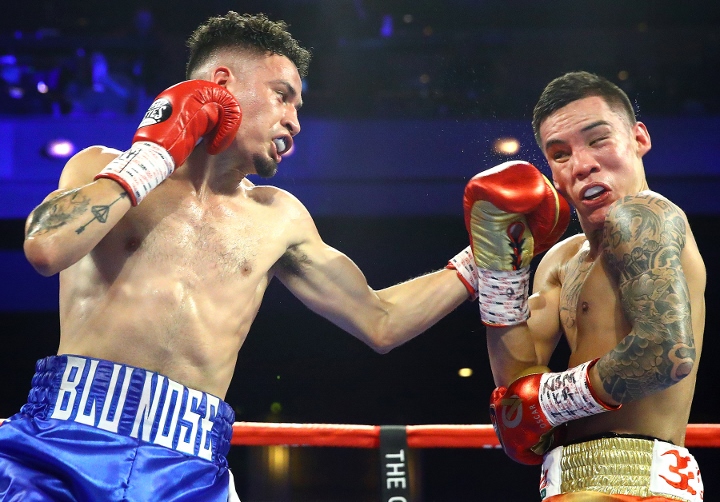 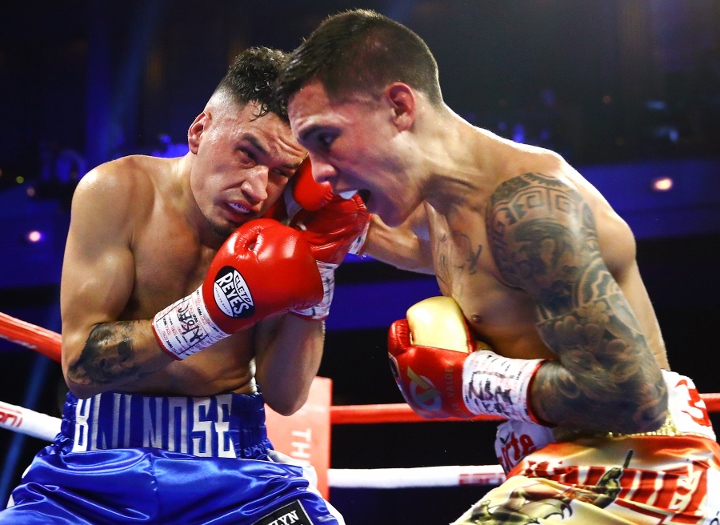 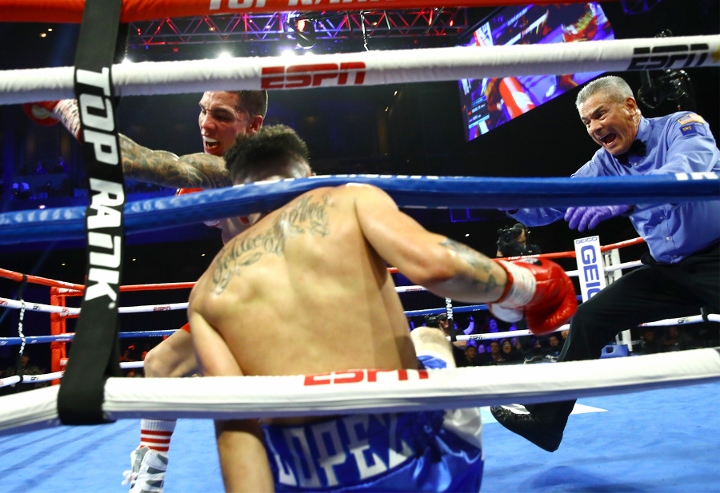 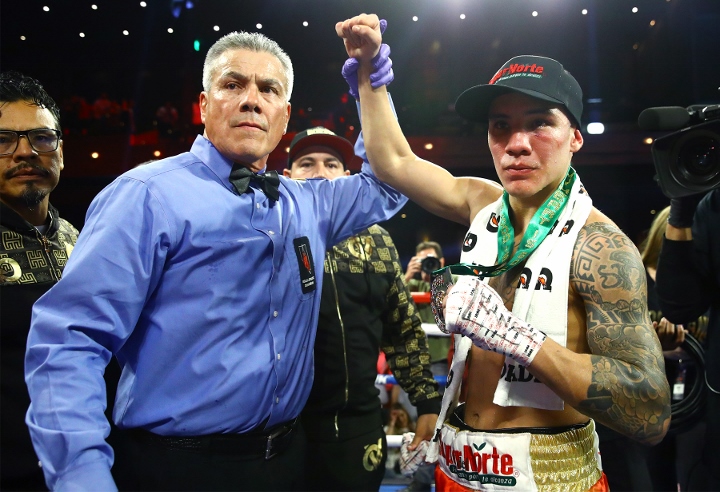 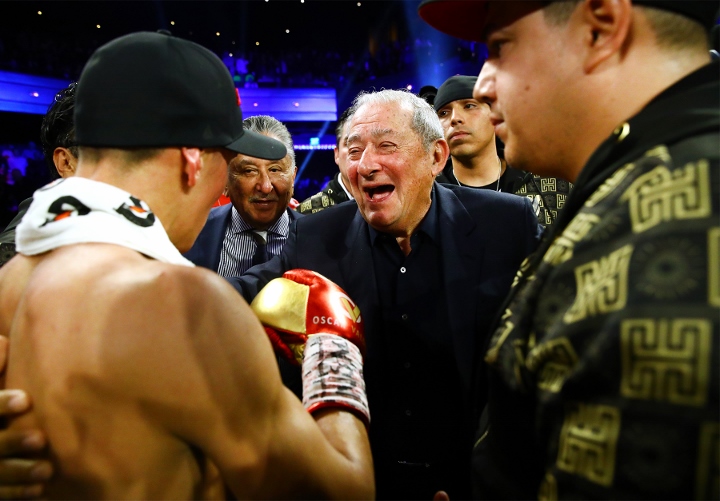 Big Valdez fan. But I wish that fight continued and he earned his deserved loss.. Maybe that's what it takes to get rid of that good for nothing reynoso! As far as Valdez is concerned reynoso offers NOTHING! Never been…

The ref was paid to stop Lopez. Why would he say to Lopez you better show me something as if Lopez was getting a beating by Valdez when clearly after the knockdown he was blocking most of Valdez's punches when…

That was the worst stoppage of 2019. No way was Lopez out of the fight. And I'm sure the referee knew there was only a few seconds left in the round.