Former two-division world champion Rances Barthelemy and France’s Mohamed Mimoune continued preparations for their respective showdowns at a media workout in Las Vegas Tuesday before they step into the ring this Saturday, April 27 live on SHOWTIME from The Chelsea inside of The Cosmopolitan of Las Vegas and presented by Premier Boxing Champions. (photos by Sean Ham). 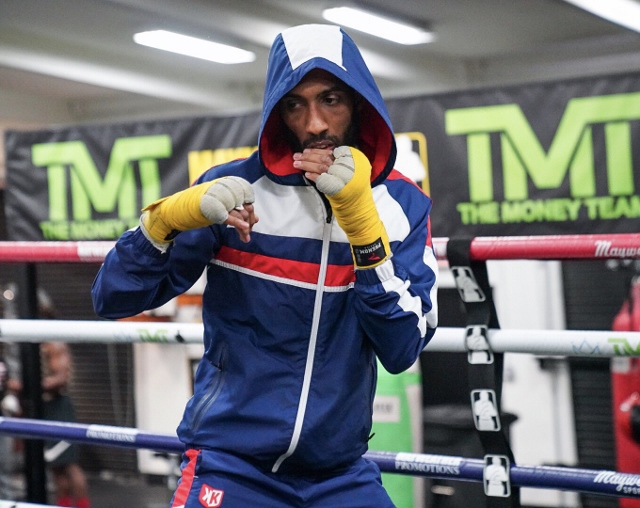 Barthelemy faces off against former lightweight world champion Robert Easter Jr. for the vacant WBA Lightweight title in the main event, while Mimoune takes on former champion Viktor Postol in a WBC 140-pound title eliminator as part of the action live on SHOWTIME beginning at 10 p.m. ET/7 p.m. PT. 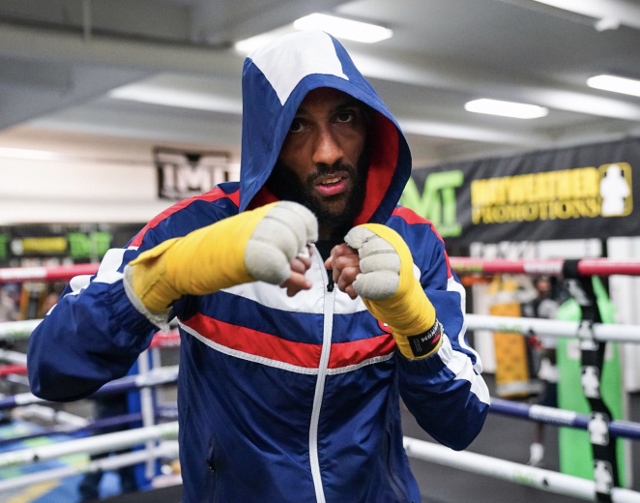 Tickets for the event, which is promoted by Mayweather Promotions and TGB Promotions in association with About Billions Promotions, can be purchased at www.cosmopolitanlasvegas.com or through Ticketmaster. 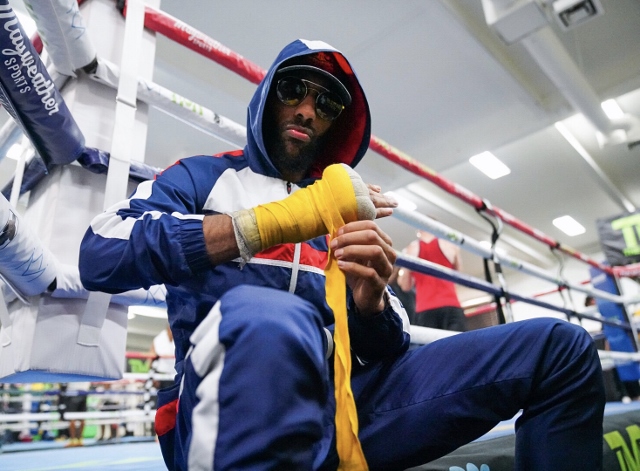 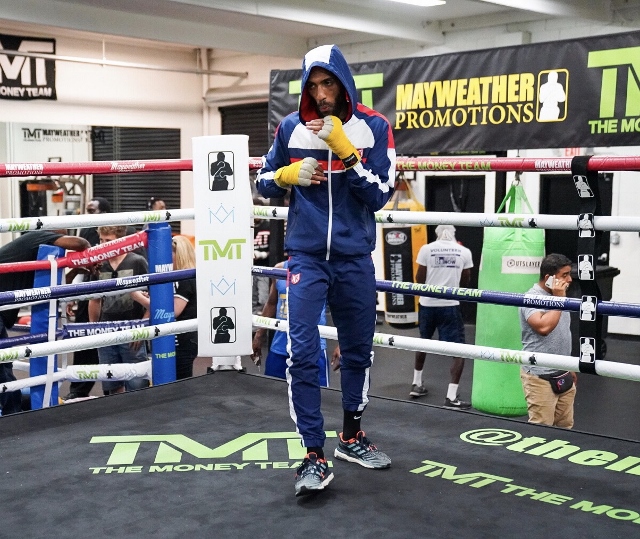 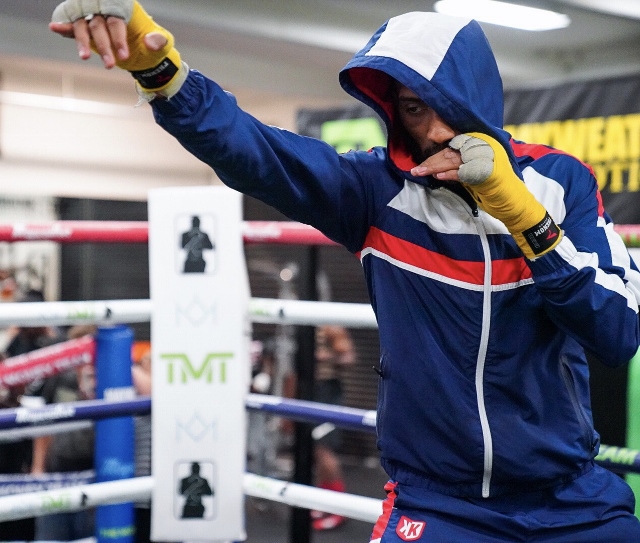 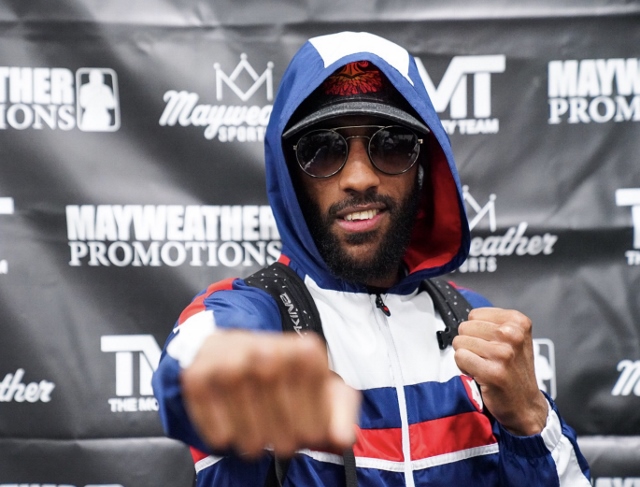 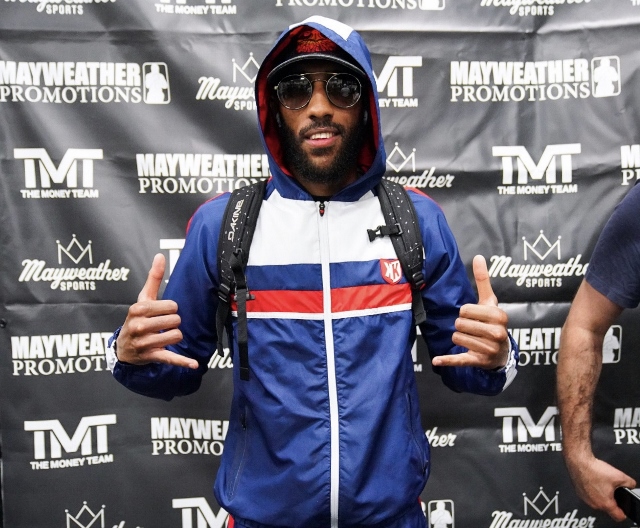 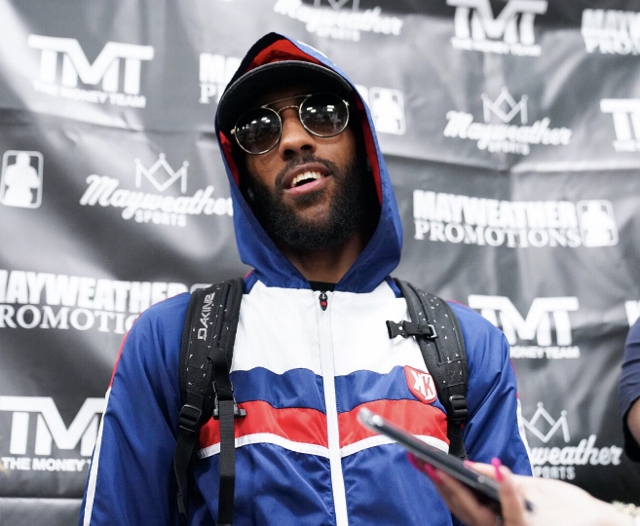 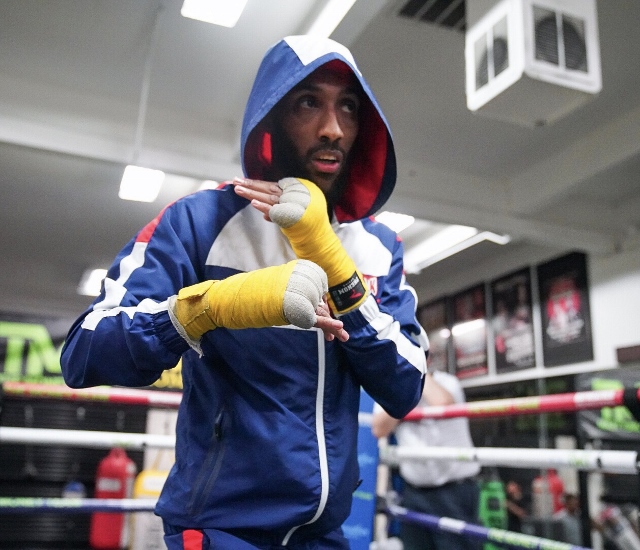 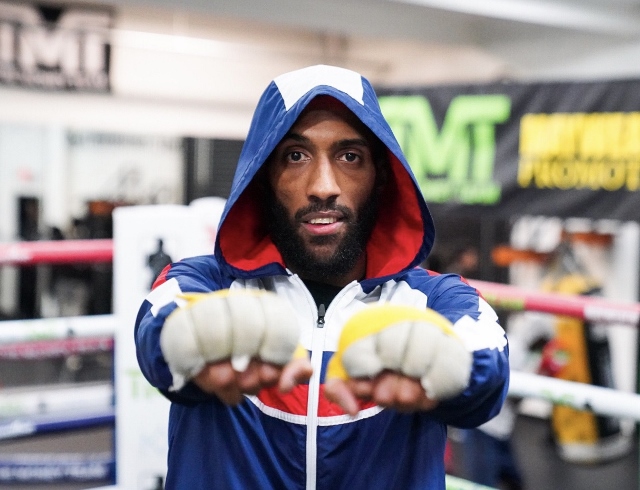 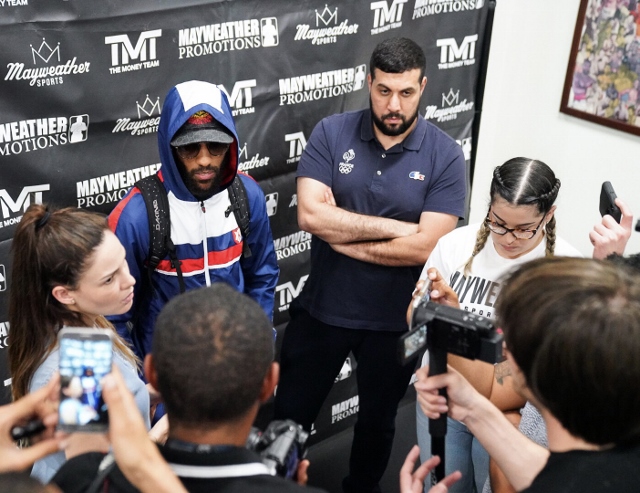 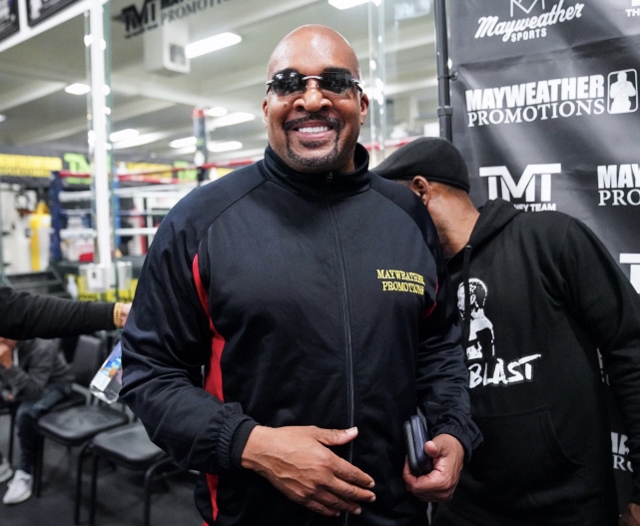