One month after being denied access to The Bubble, Mikaela Mayer is now the star of the show. (photos by Mikey Williams)

Both boxers made weight for the bout. Mayer (12-0, 5KOs) checked in at a sculpted 131.6 pounds, while Joseph—a veteran Nigerian contender now based out of Connecticut—came in at a fight-ready 129 pounds. 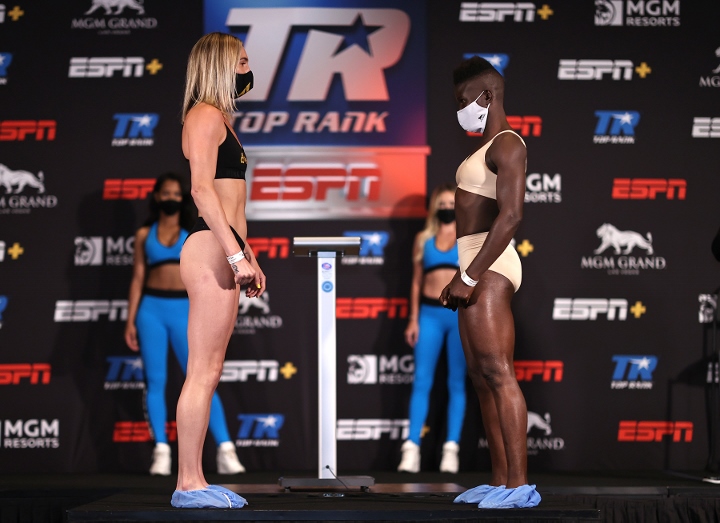 The bout was advanced to the top of the marquee after it was learned that Jamel Herring (21-2, 10KOs)—due to defend his 130-pound title versus Puerto Rico’s Jonathan Oquendo (31-6, 19KOs)—tested positive for COVID-19. It marked the second such occurrence for the 34-year old southpaw from Coram, New York, who tested positive on June 22 which delayed their originally scheduled July 2 bout. 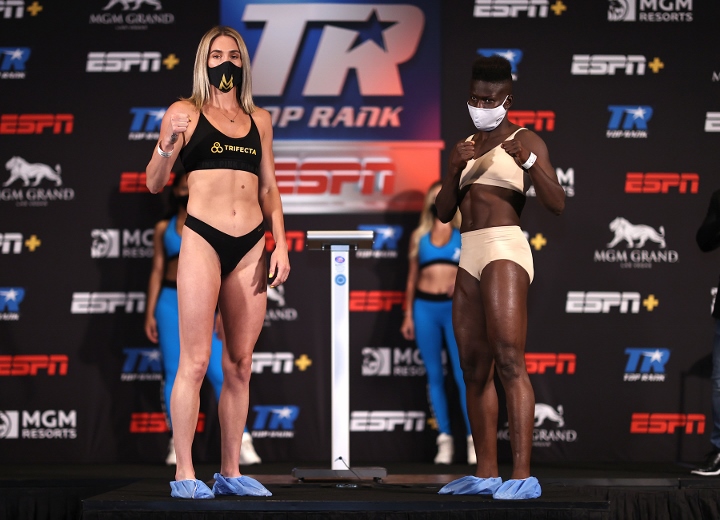 News of Herring’s positive test broke barely minutes before Monday’s weigh-in, leaving Oquendo without an opponent for the second time in two weeks.

For Mayer, it’s a redemptive tale. The 30-year old Los Angeles native—now based out of Colorado Springs—was bounced from the June 9 card after producing what turned out to be a false positive for the infectious disease. Mayer—a 2016 U.S. Olympian—tested negative at the end of her training camp in Houston and again upon returning home in Colorado prior to her original fight date, though it was too late to salvage the bout by that point. 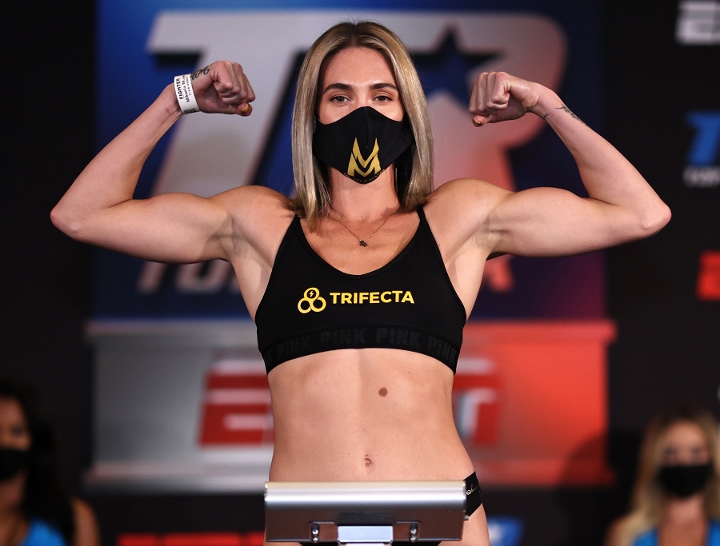 Instead, came the offer to reschedule which now allows her to serve as part of the first female bout to headline a show on ESPN since Top Rank began its output deal in 2017. It comes in her third attempt to fight in 2020, with the initial wave of the coronavirus pandemic wiping out a March 17 show that was to feature Mayer as well as Belfast’s Michael Conlan. 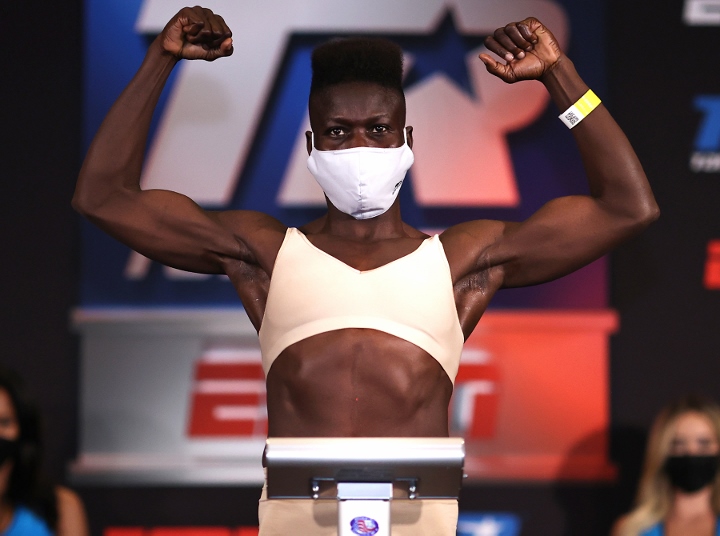 All told, Mayer has not fought since last October. Joseph (17-4-2, 10KOs) has been out nearly as long, dropping a 10-round decision to former lightweight titlist Delfine Persoon last November on the road in Oostende, Belgium. 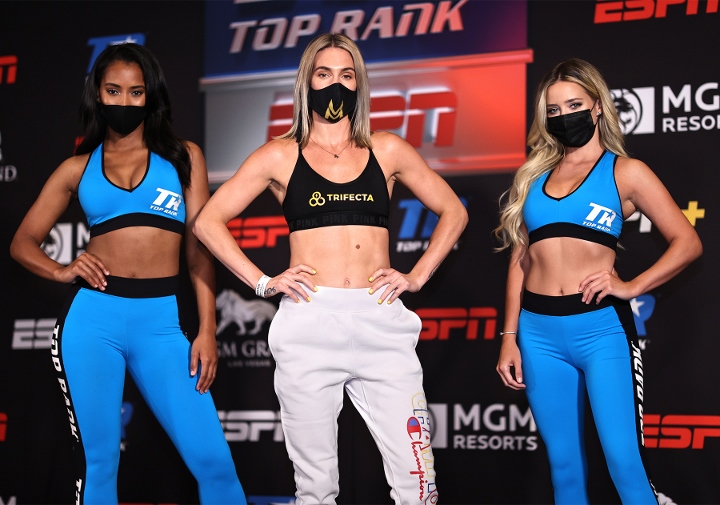 The evening’s chief support features cult favorite “Cassius” Clay Collard (7-2-3. 2KOs) in a scheduled six-round contest versus Lorawnt T. “Smash” Nelson (5-3, 4KOs). Collard—who has beaten three straight unbeaten opponents in 2020, including a six-round win over David Kaminsky (6-0 at the time) on June 18 in The Bubble—weighed 161.7 pounds, while Nelson tipped the scales at 158.8 pounds. 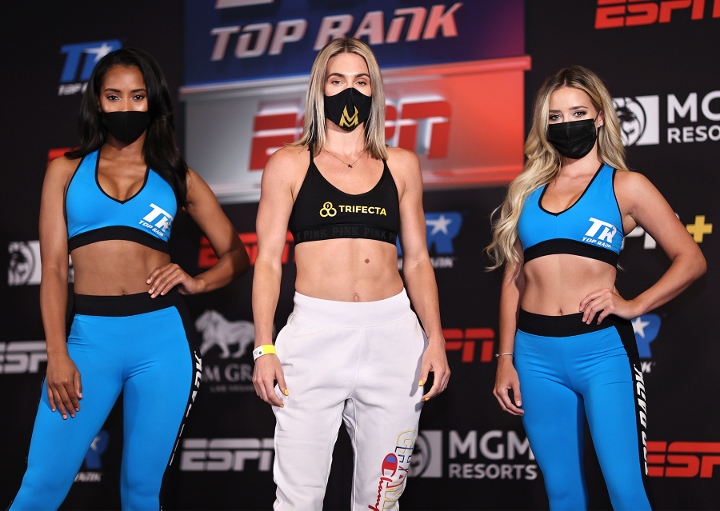 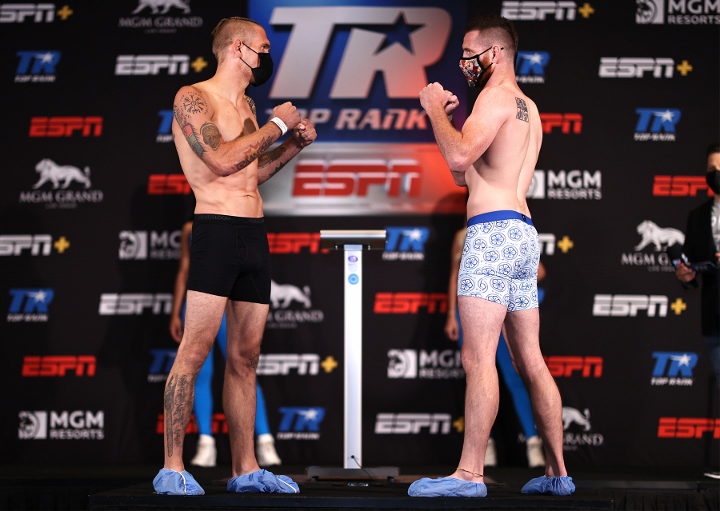 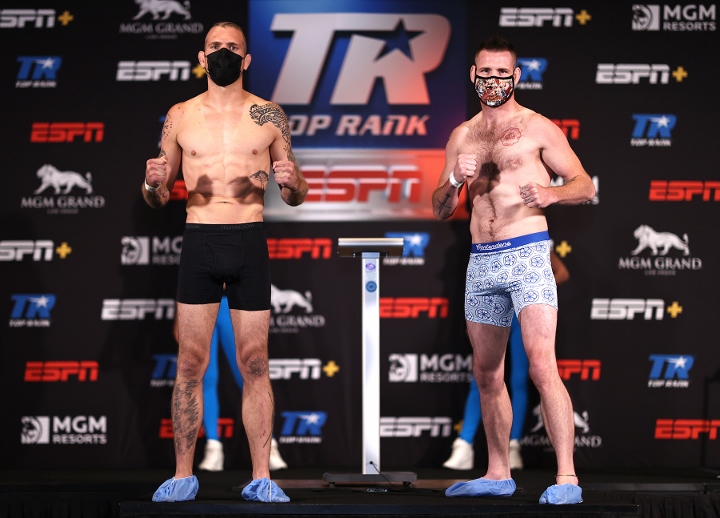 Along with Herring-Oquendo, came the removal of an undercard bout between Edward Vazquez and Luis Melendez. The fight was scratched after Melendez tested positive for COVID-19, coming a month after Vazquez was denied a place on the June 16 show after originally scheduled opponent Chris Zavala also tested positive for the infectious disease. 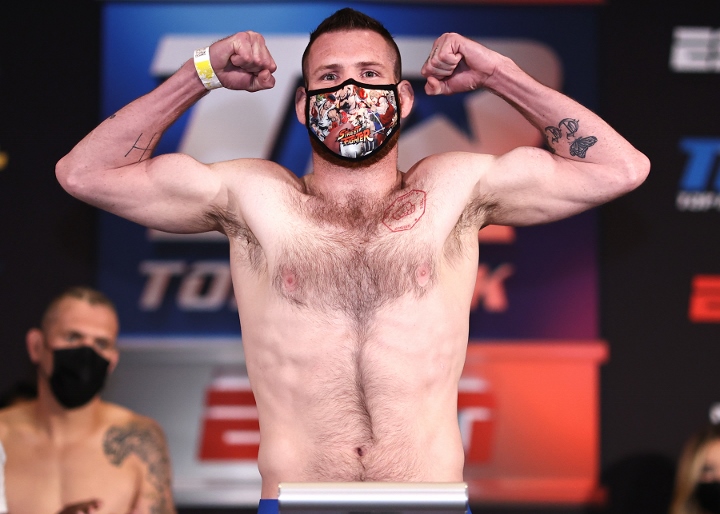 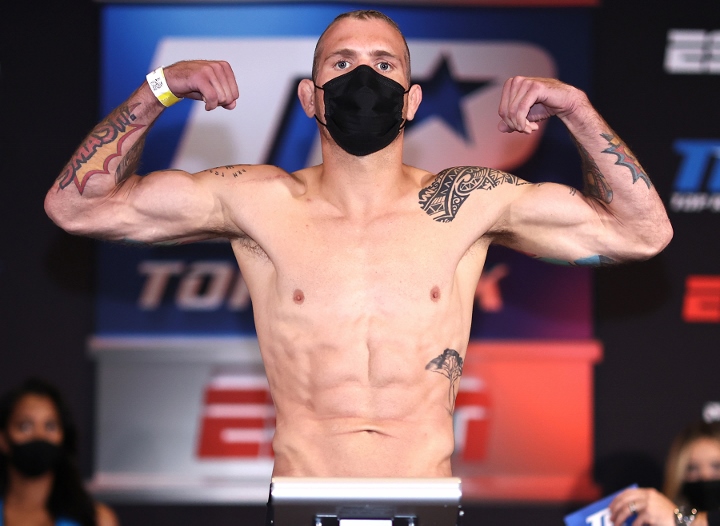