Japanese star Shinsuke Yamanaka said Thursday he intends to hang up his gloves after failing to reclaim the vacant WBC bantamweight title in a second-round technical knockout defeat to Mexico's Luis Nery. 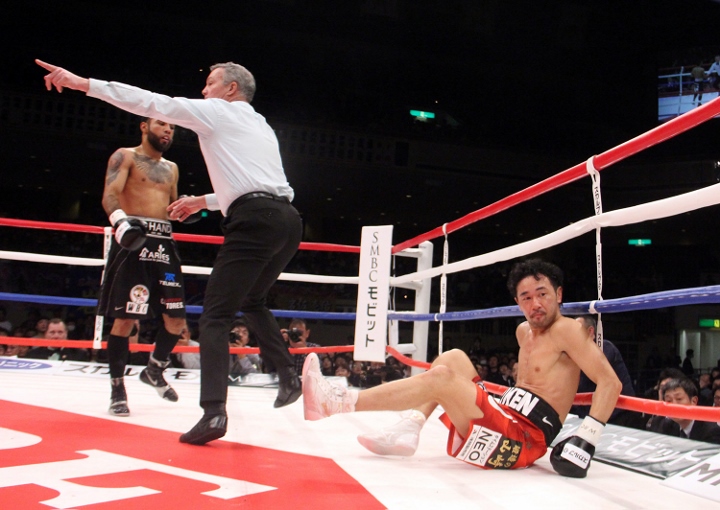 In the highly-anticipated rematch, Yamanaka suffered his second straight defeat at the hands of Nery. The local boxer lost the title to the same opponent in August and this latest defeat came on the heels of Nery being stripped of the WBC crown Wednesday after failing to make weight, leaving the title vacant. 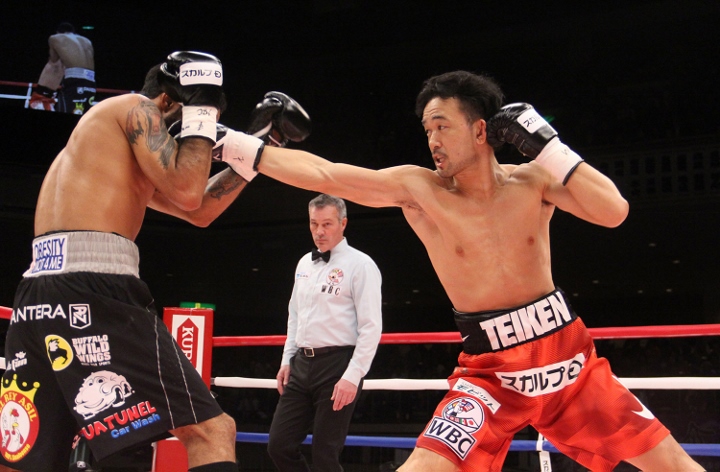 "I'm really grateful to everyone," Yamanaka said after the bout, holding back tears. "This is it. This is the end."

Nery came out gunning and put Yamanaka on the back foot early at Tokyo's Ryogoku Kokugikan. The Mexican sent the southpaw to the canvas once in the first round after landing three heavy blows to Yamanaka's head. 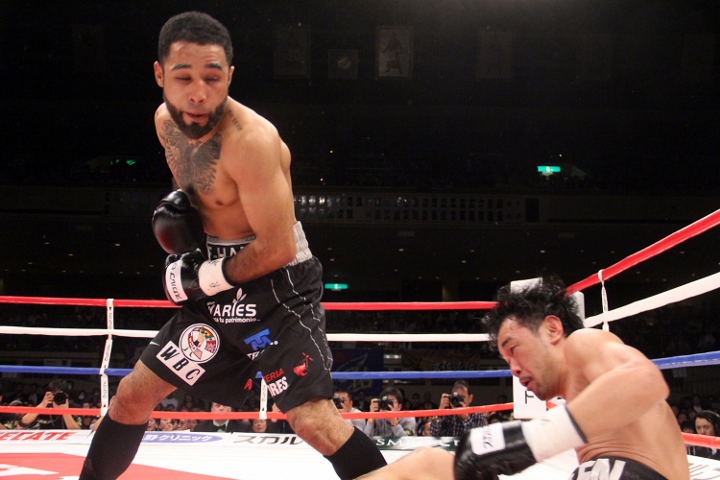 Yamanaka tried to work his way back into the fight in the second round, but the hard-punching 23-year-old Mexican got two more knockdowns before ending it with a right hook. 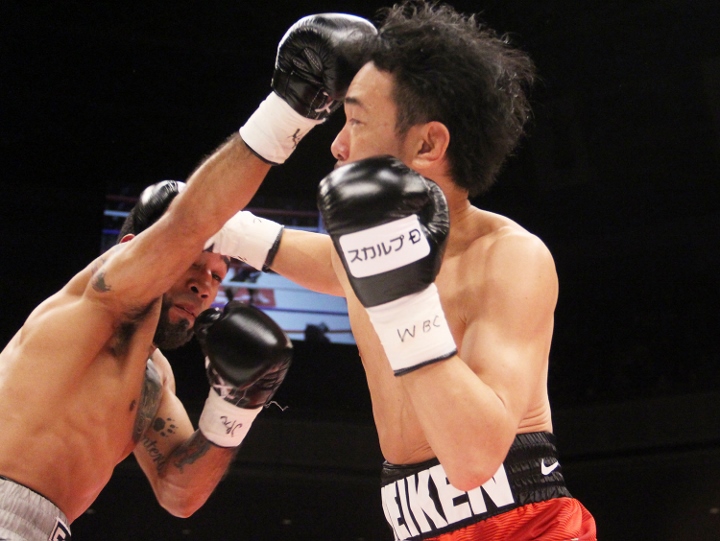 While he admitted that his opponent was stronger, Yamanaka said that he had no regrets and expressed his gratitude to fans.

"There were only about 20 people who bought tickets for my debut fight, but so many people came tonight even though it was a weekday. I was really happy, it made me feel great. I really appreciate it." 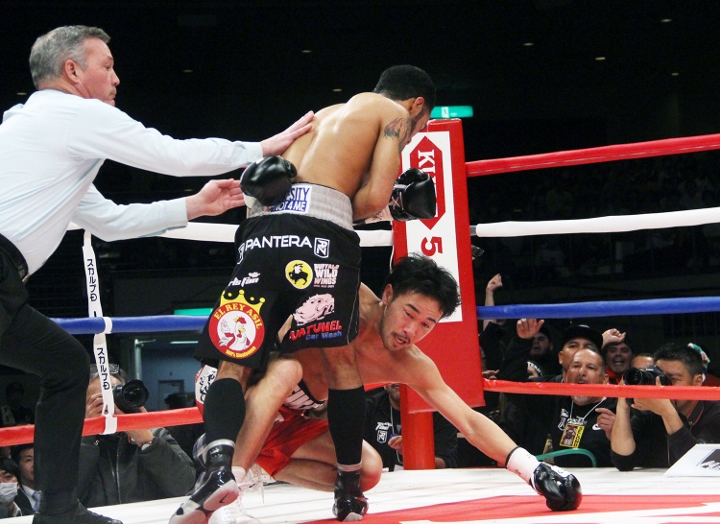 It was an emotional defeat for the 35-year-old Yamanaka, who was denied a 13th straight title defense in the August loss. 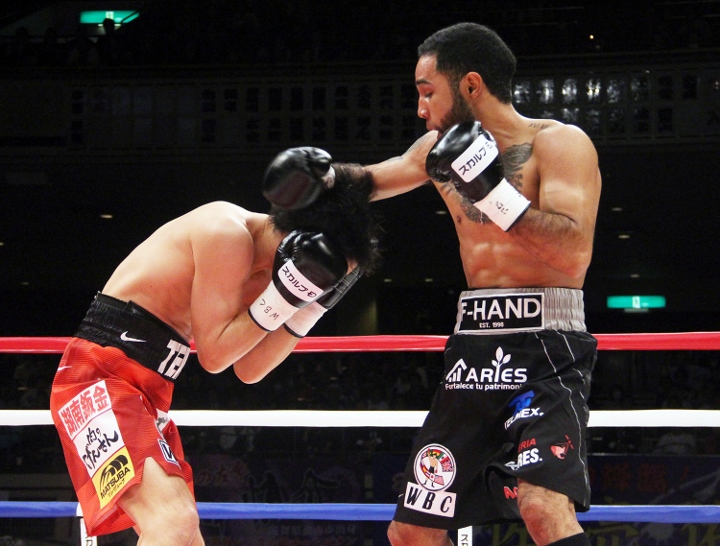 A week after the bout, the World Boxing Council announced that Nery failed a drug test performed in the lead-up to the fight and Yamanaka announced his intention to retire if a rematch was not granted. The WBC did not strip Nery of his title, however, saying it believed he failed the test due to food contamination. 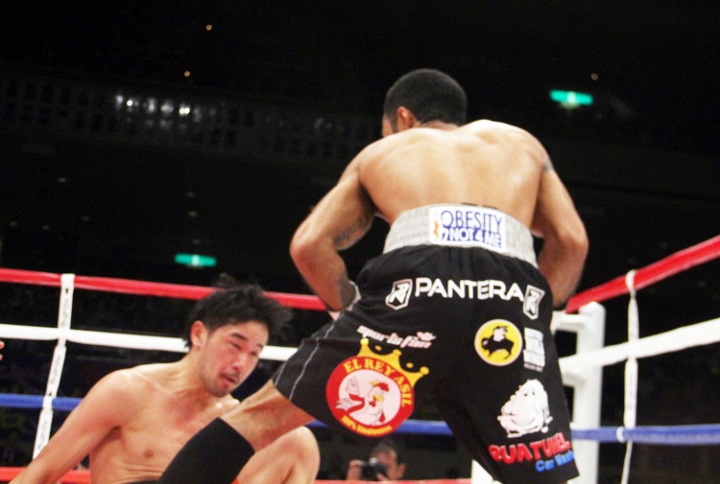 "I'm glad that I could keep boxing," Yamanaka said of his decision to go through with the rematch. "It's only the result that is disappointing, and that I was weaker than my opponent."

Yamanaka's record dropped to 27 wins (19 knockouts), two losses and two draws, while the Mexican remains undefeated with 26 wins, 20 by knockout. 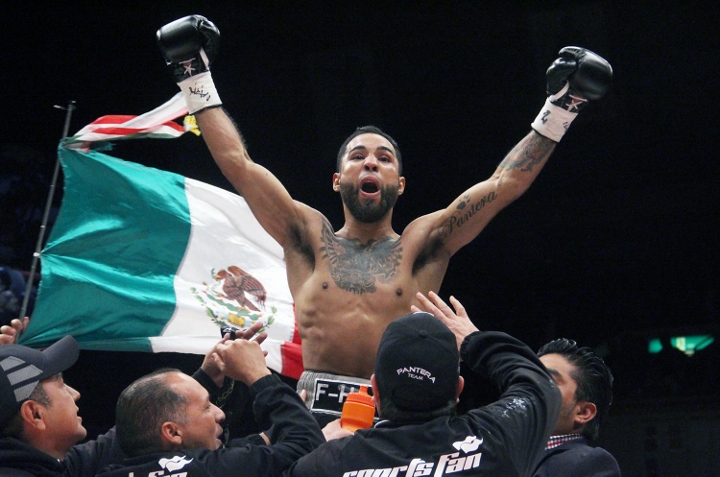 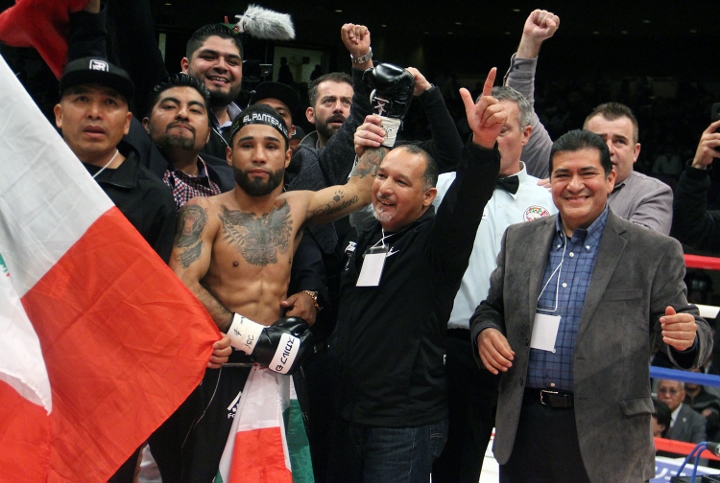 In his first title defense, the 28-year-old Japanese southpaw dominated for 12 rounds. The Filipino, 28, rarely landed a punch on the taller Iwasa, whose reach and speed kept him out of Saulong's range.

[QUOTEmexican puppeteer stfu already u are defending the undefendable!!! U stated your cause now move along!! Cause everybody here knows what went down!! Thats y they have rules in boxing. nery broke the rules twice!!! U are acting like a…

[QUOTE=Mexican_Puppet;18530807]Can someone explain me WHERE THE .F.U.C.K IS THE DIFFERENCE IN WEIGHT? Nery was in the same weight than Yamanaka. Stop with the hate.[/QUOTE] "All that tainted beef must’ve really caught up to Luis Nery, who was unable to hit…

[QUOTE=Mexican_Puppet;18530817]It's a fact than in México 70% of the meat is contaminated. Now, he was clean and destroyed Yamanaka. Why you still talking about PEDS? Nery is real and he shows that in this night.[/QUOTE] Viva Mexico

Nery schools Yamanaka with or without the PEDS. Just a better and younger boxer.

[QUOTE=Mexican_Puppet;18530817]It's a fact than in México 70% of the meat is contaminated. Now, he was clean and destroyed Yamanaka. Why you still talking about PEDS? Nery is real and he shows that in this night.[/QUOTE] Last time he wasn't clean.…