Vasyl Lomachenko and Miguel Marriaga made weight without any difficulty Friday afternoon for their 130-pound title fight Saturday night in Los Angeles.

Ukraine’s Lomachenko, the defending WBO super featherweight champion, got on the California State Athletic Commission scale at exactly 130 pounds. Colombia’s Marriaga, who moved up from featherweight for this title shot, weighed in at 129.8 pounds. 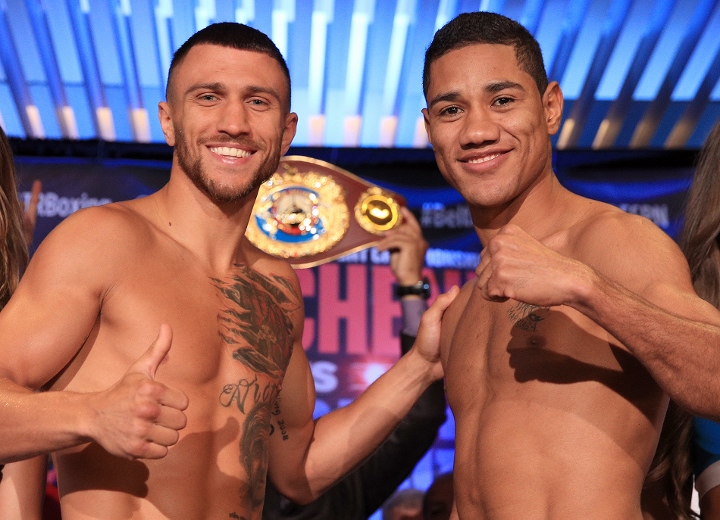 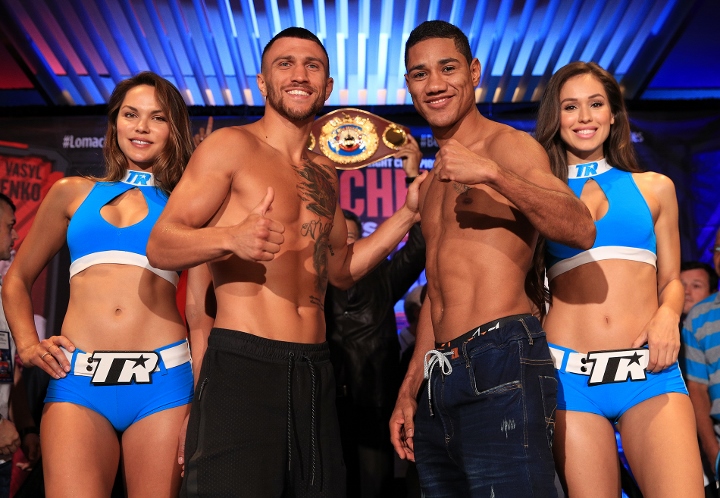 The 29-year-old Lomachenko is generally regarded as one of the top five fighters, pound-for-pound, in boxing. The two-time Olympic gold medalist is 7-0 since suffering a split-decision defeat to Mexico’s Orlando Salido (44-13-4, 31 KOs, 1 NC) in his second professional fight three years ago in San Antonio. 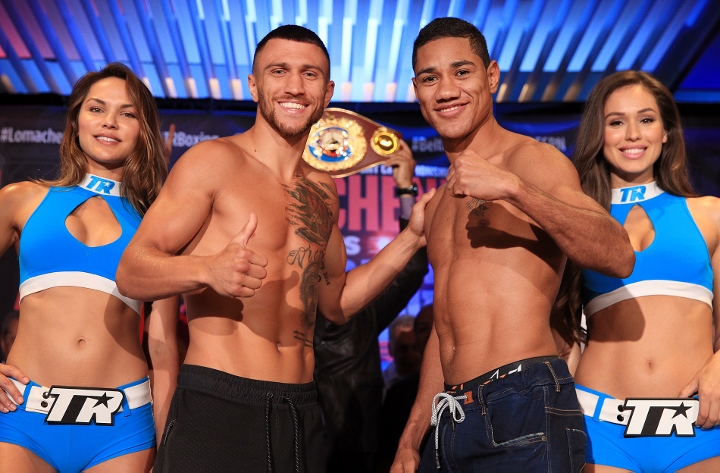 Before Lomachenko and Marriaga made weight, Ray Beltran met his contractual obligation for a 10-round lightweight fight against Bryan Vasquez.

The 36-year-old Beltran weighed in at 134.4 pounds. The 29-year-old Vasquez was overweight (136.8 pounds), so unless he meets the 135-pound limit on his second attempt Beltran’s NABF and NABO titles won’t be at stake. 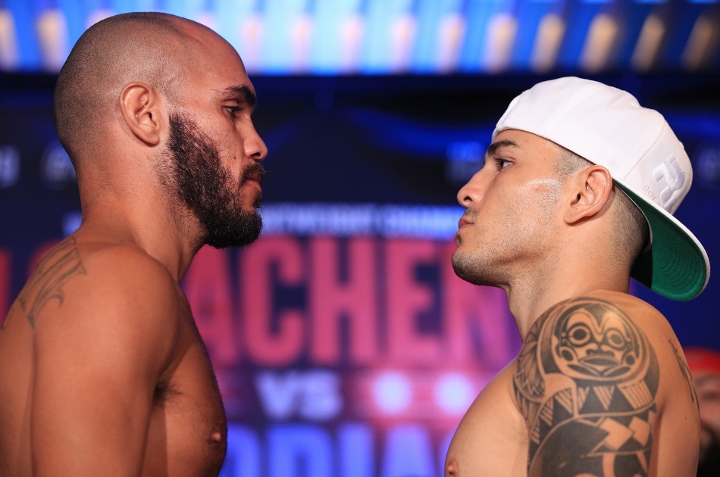 Beltran (33-7-1, 21 KOs, 1 NC), a native Mexican who resides in Phoenix, has made headlines in recent months because he plans to apply for a green card following his fight against Vasquez. He has lived in the United States for many years, but remains in the country on a work visa. 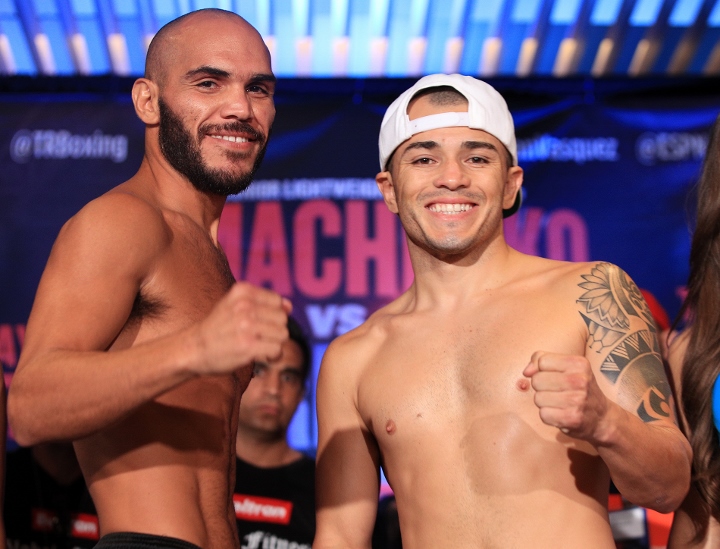 Beltran scored a sensational second-round knockout against Peru’s Jonathan Maicelo (25-3, 12 KOs, 1 NC) in his last fight, May 20 at Madison Square Garden in New York. He has won four straight bouts by knockout. 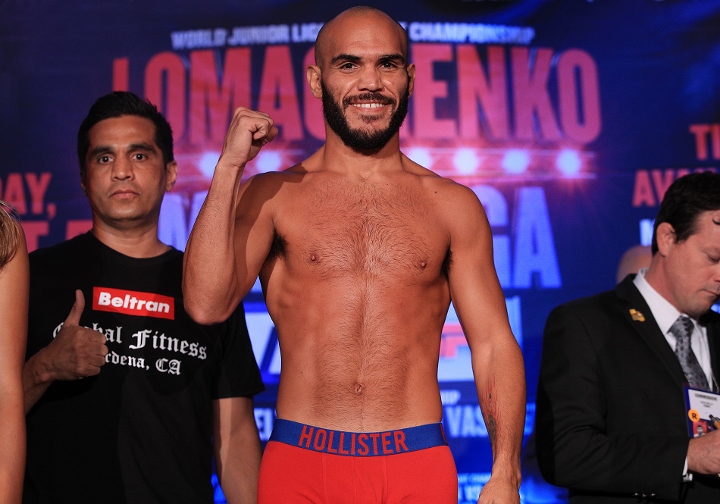 ESPN’s doubleheader will begin with the Beltran-Vasquez fight at 10 p.m. ET/7 p.m. PT. 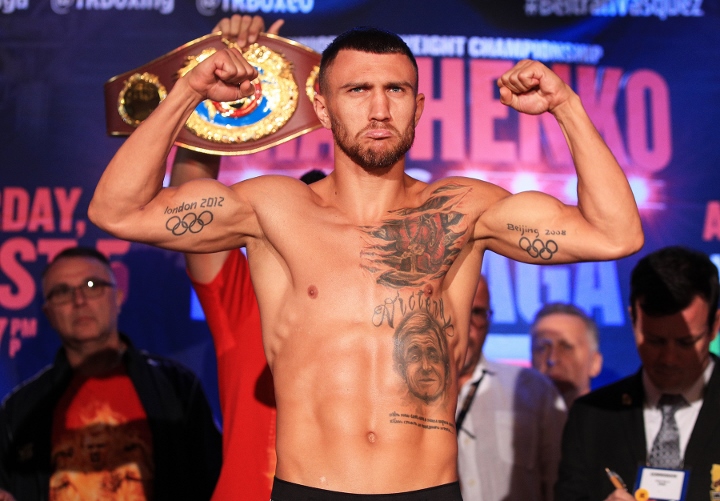 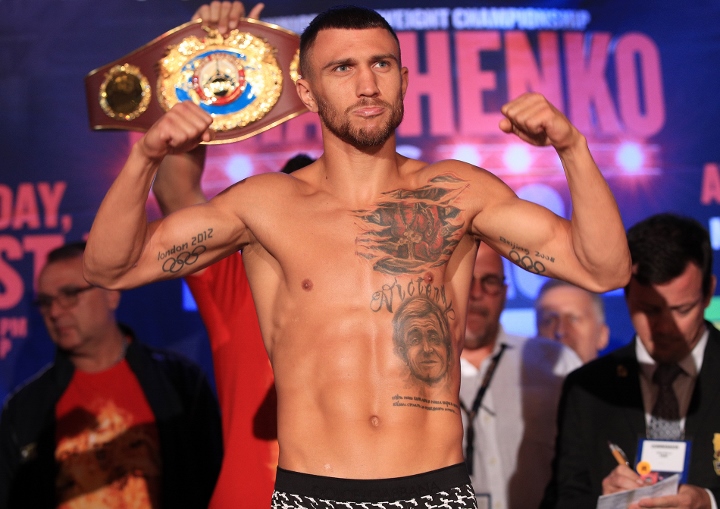 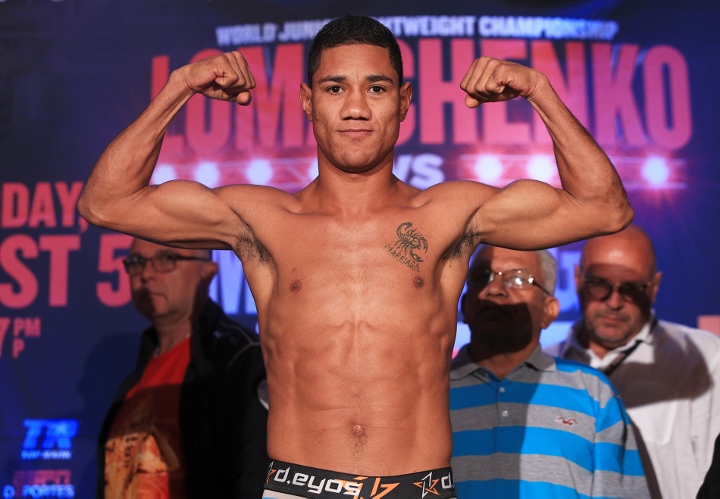 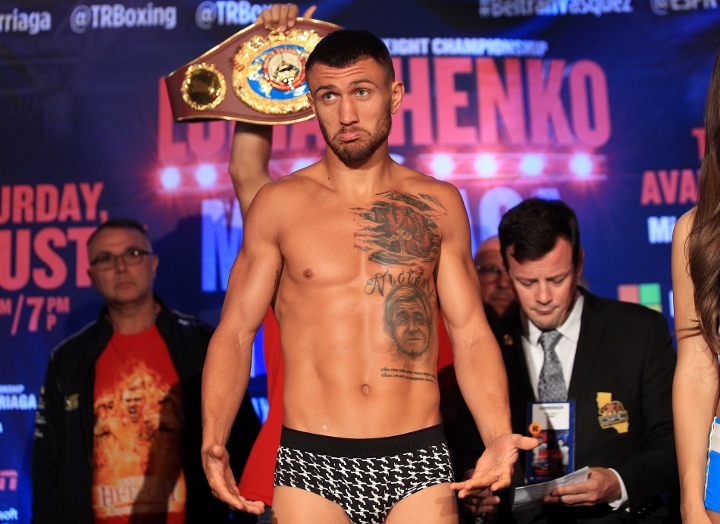