HBO Sports celebrates the holiday weekend with an action-packed tripleheader, including the return of light heavyweight powerhouse Sergey Kovalev, when WORLD CHAMPIONSHIP BOXING: SERGEY KOVALEV VS. VYACHESLAV SHABRANSKYY AND SULLIVAN BARRERA VS. FELIX VALERA AND YURIORKIS GAMBOA VS. JASON SOSA is seen SATURDAY, NOV. 25 at 10:00 p.m. (ET/PT) from The Theater at Madison Square Garden in New York City.

Sergey Kovalev weighed in at 174-pounds and Vyacheslav Shabranskyy was 174.8-pounds. 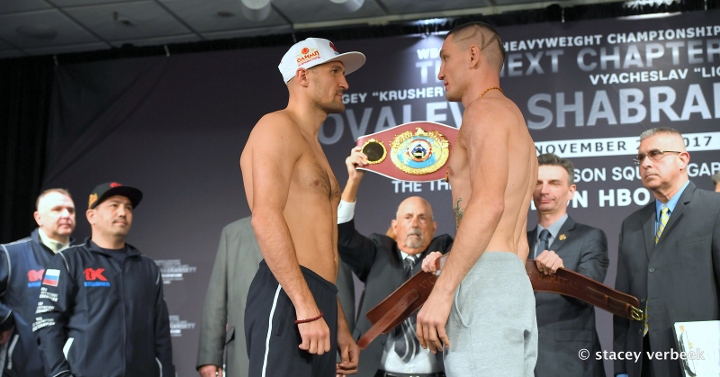 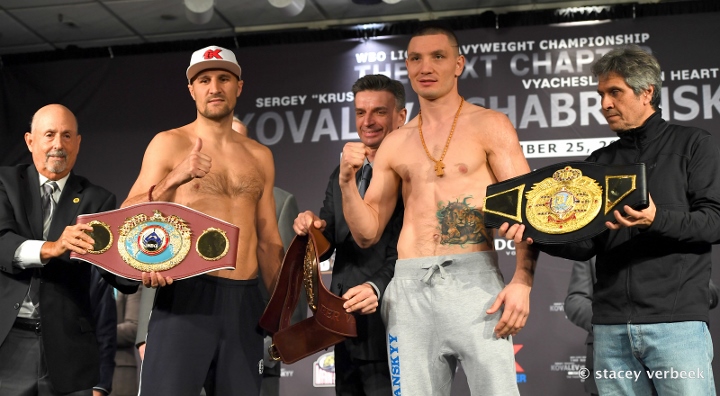 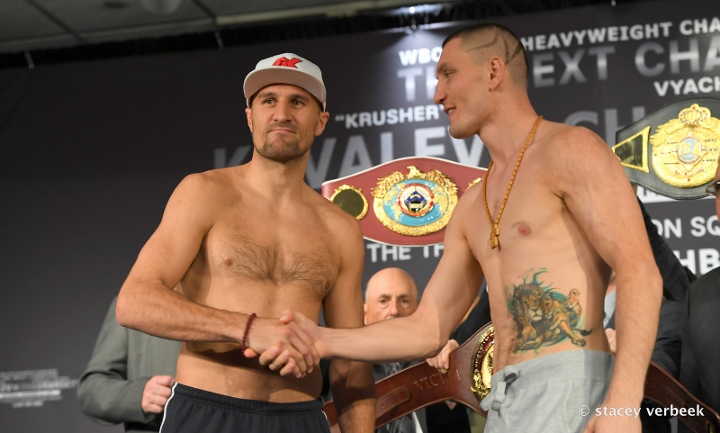 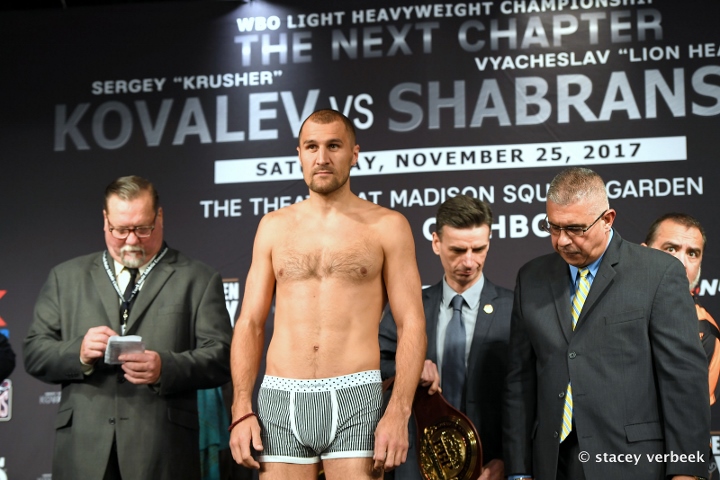 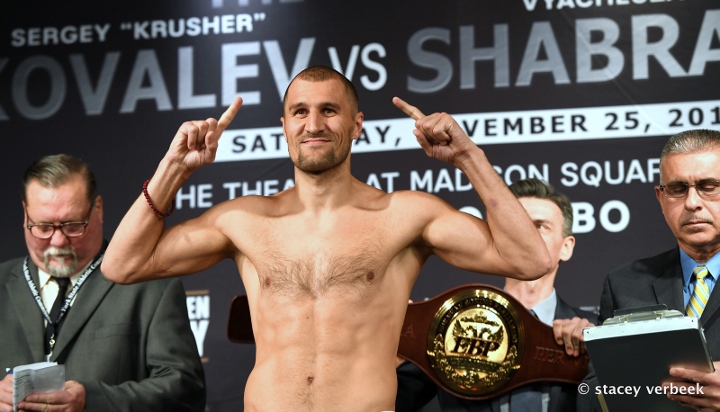 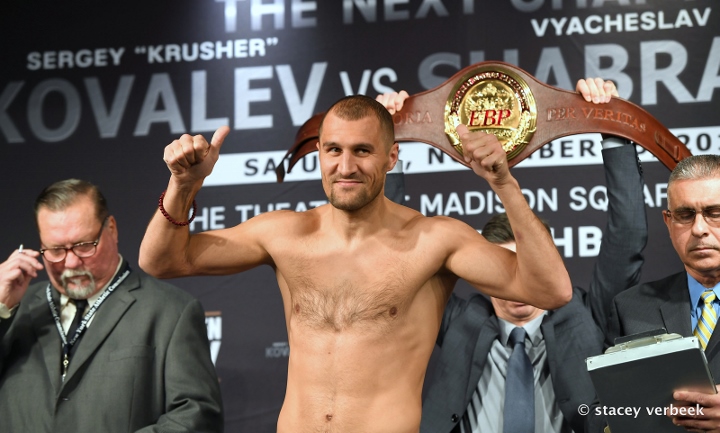 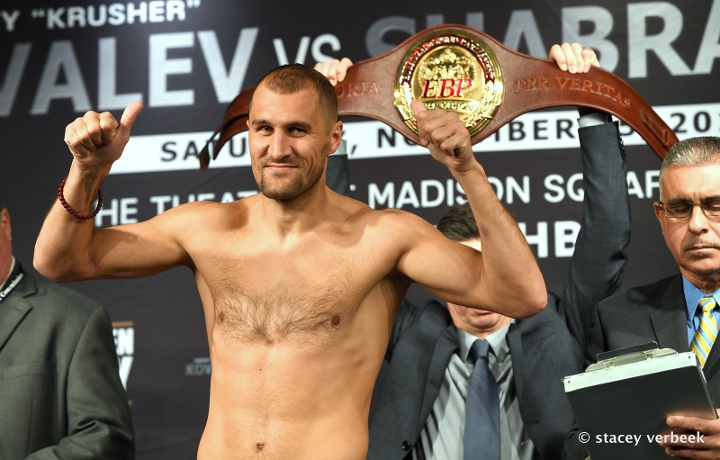 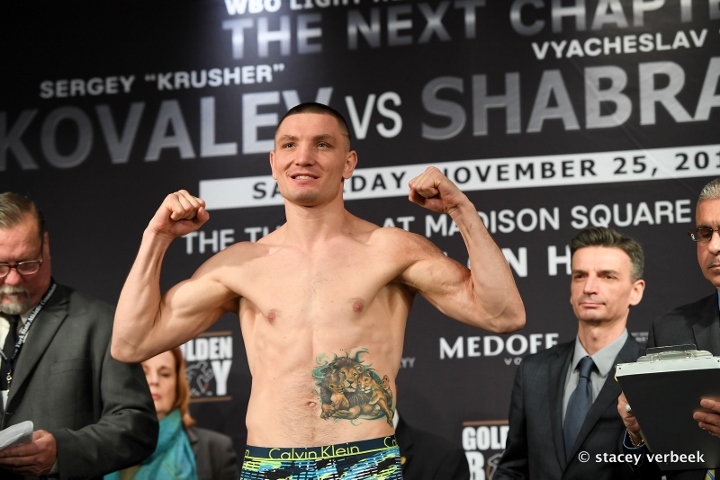 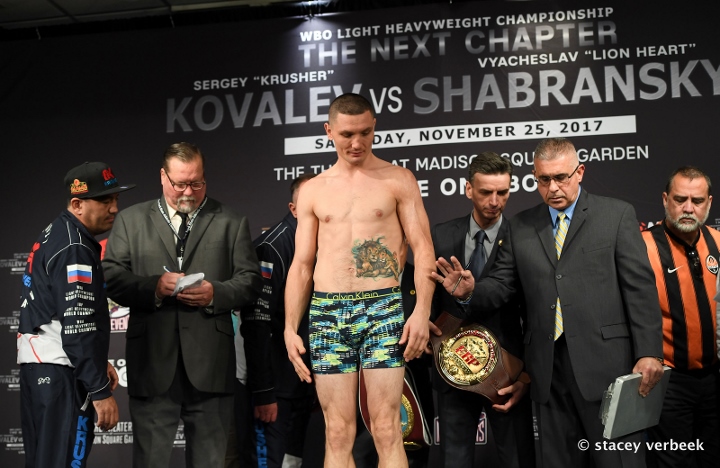