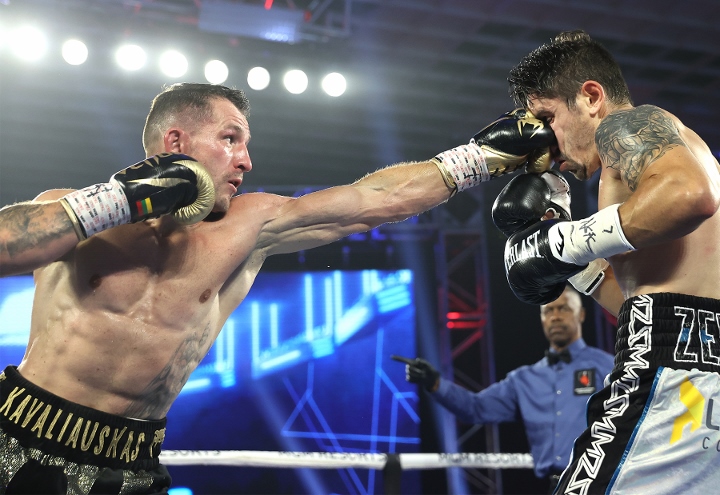 Zewski came out working the jab in the first round. Both boxers were more than happy to trade leather when needed. Kavaliauskas was starting a little slow. A very close second with both having their moments. 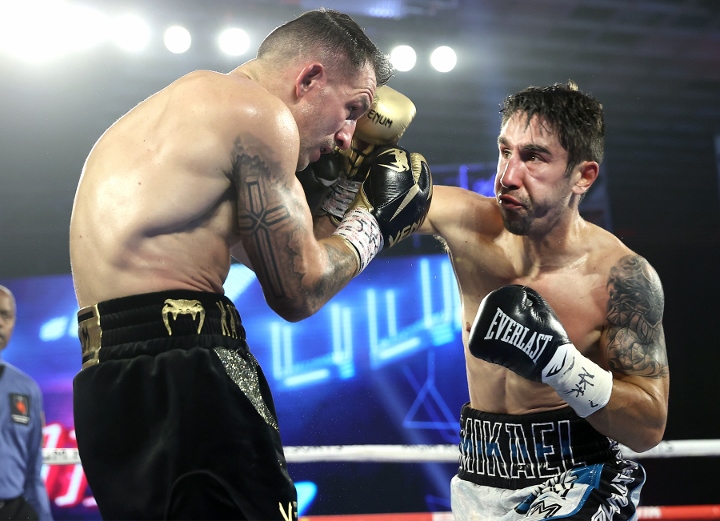 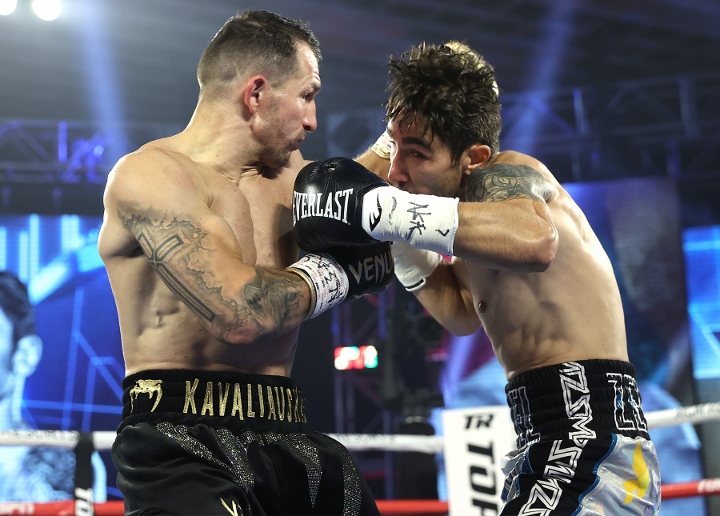 Big punches were being traded in the fifth. Kavaliauskas was landing the better punches during the action. Zewski started well in the sixth, with rapid punches. Kavaliauskas closed it stronger with his aggressiveness. 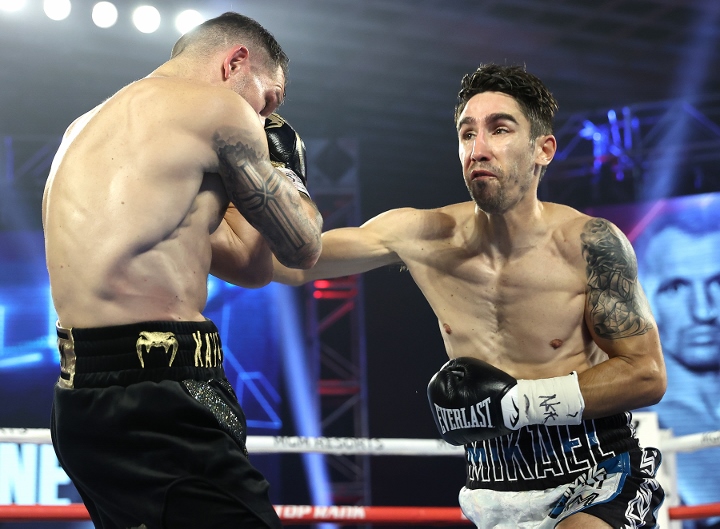 At the end of the seventh, Kavaliauskas rocked Zewski and then dropped him with a series of hard shots. Time ran out before he could follow up. At the start of the eight, Kavaliauskas dropped Zewski for a second time and the fight was stopped. 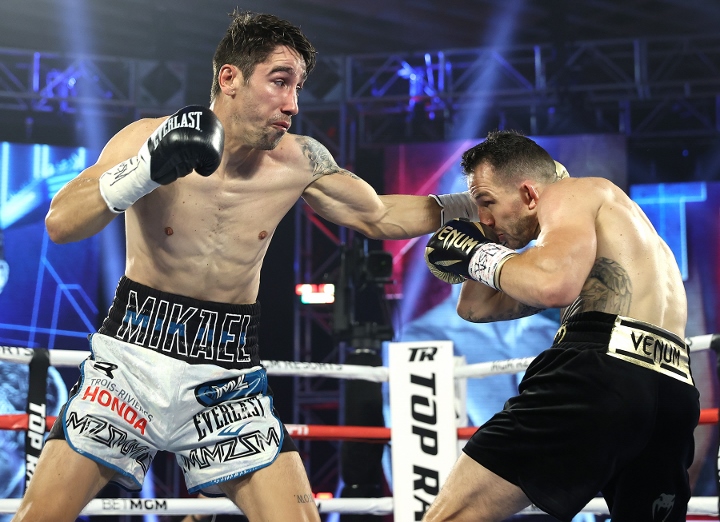 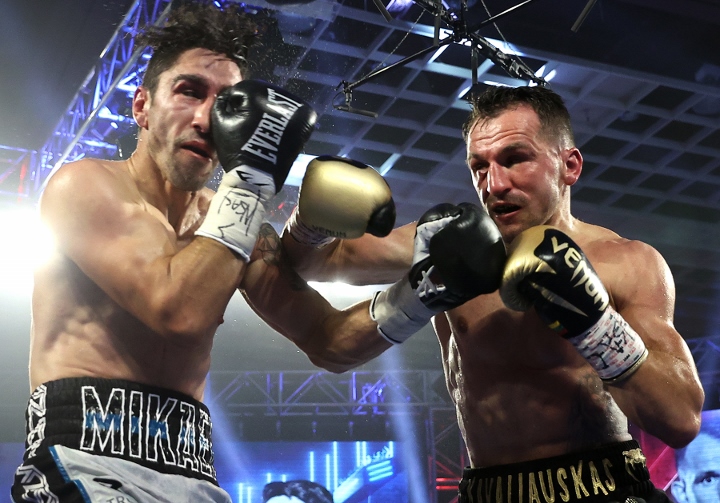 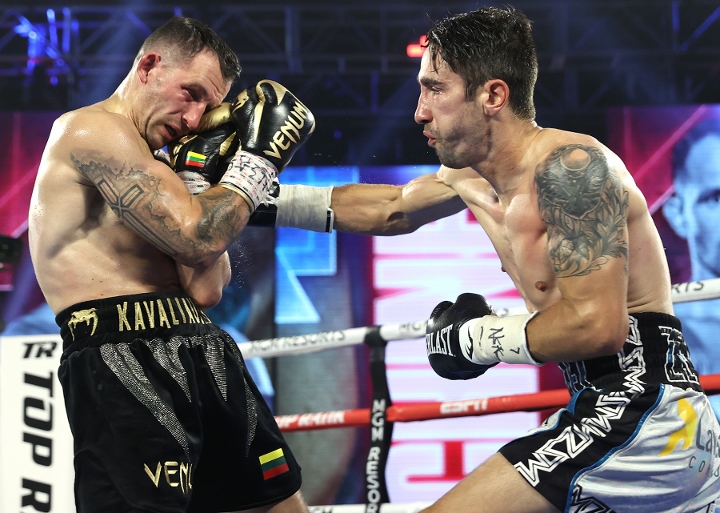 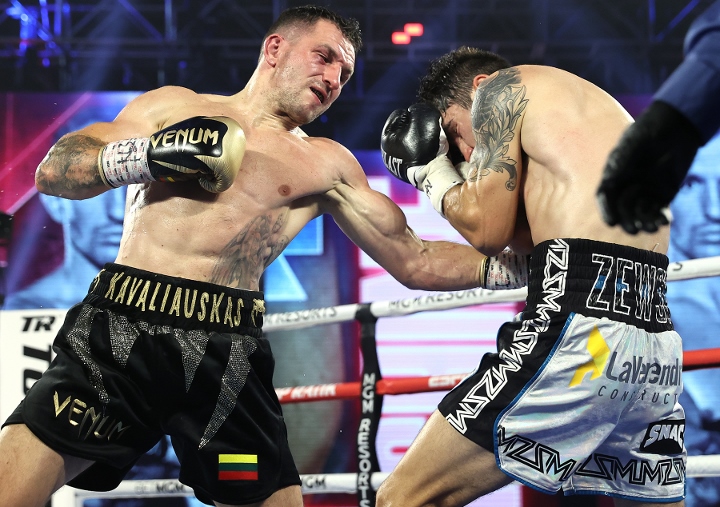 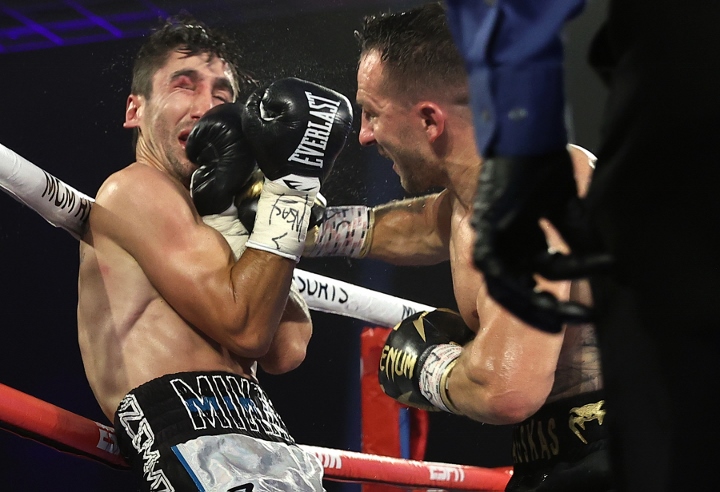 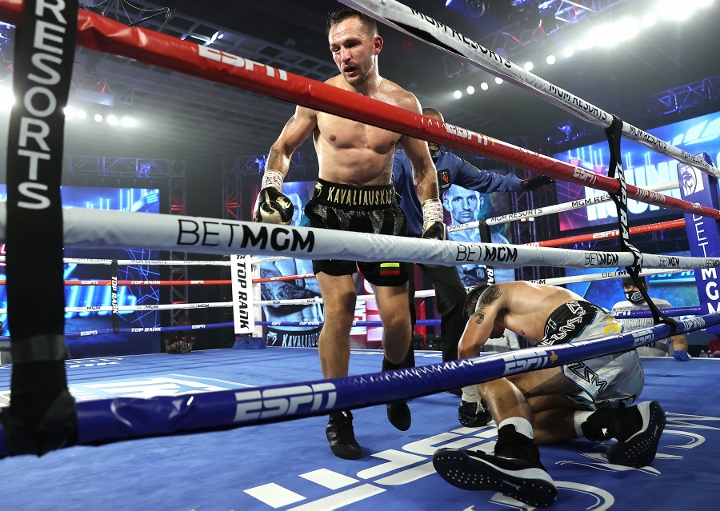 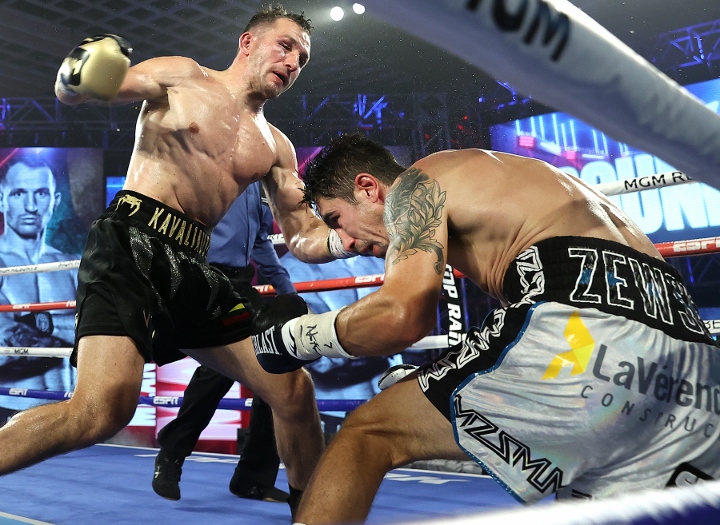 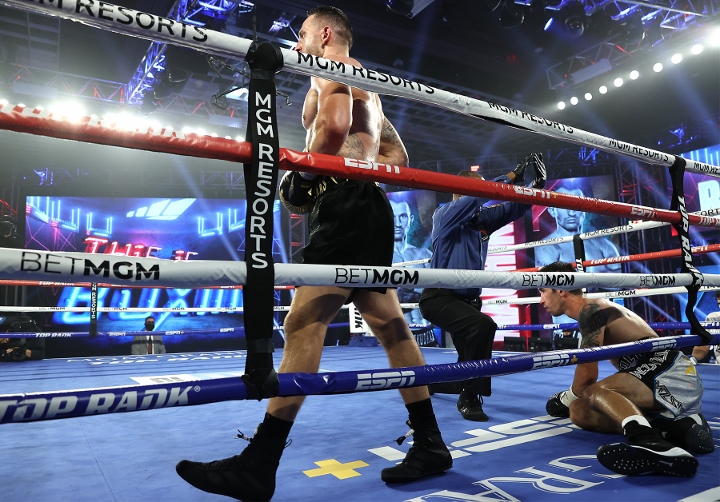 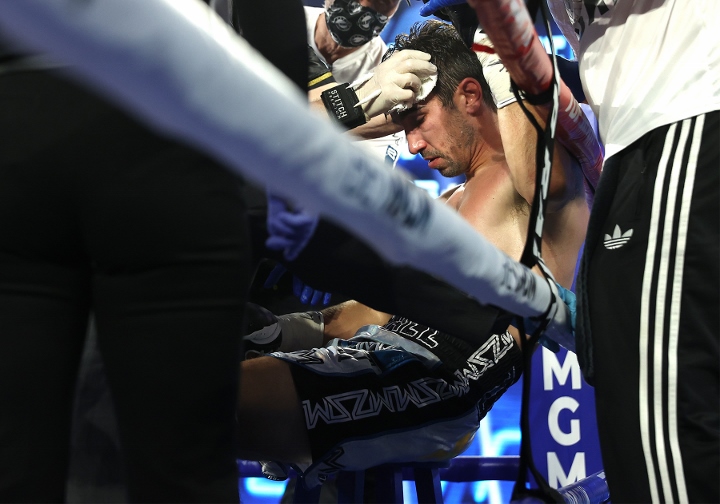 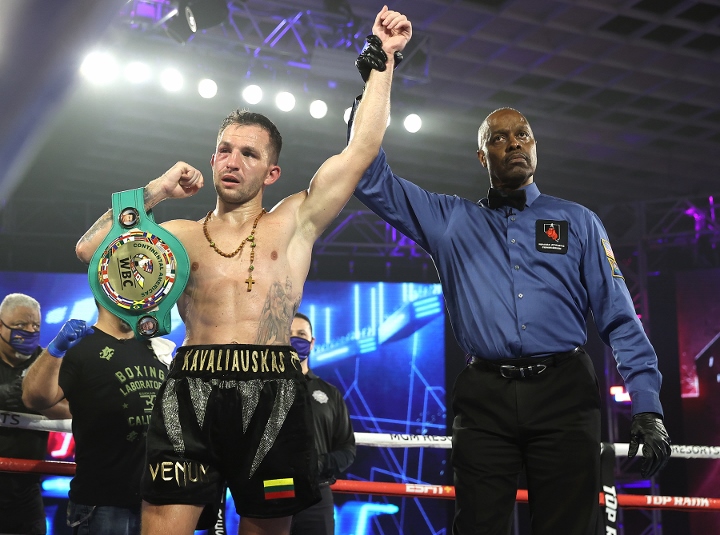 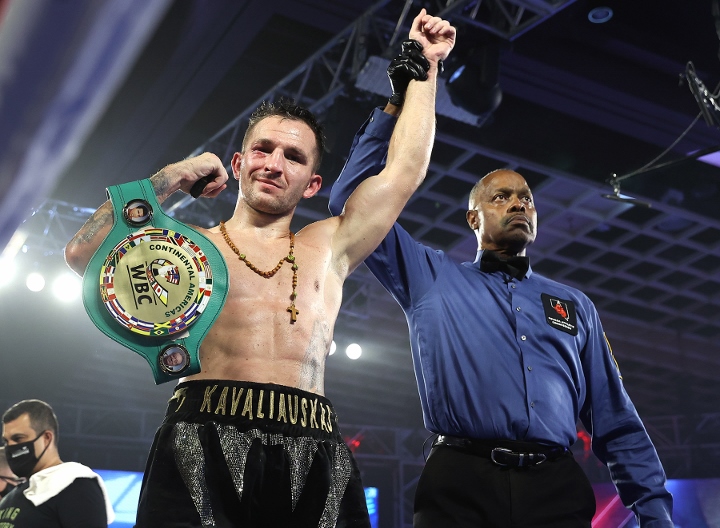 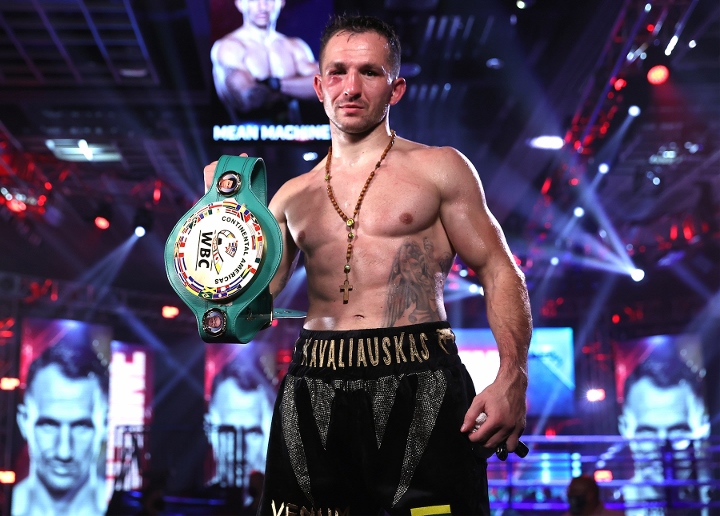