Taylor landed the crown in at Principality Stadium in Cardiff to add her first major pro strap to a glittering amateur career. 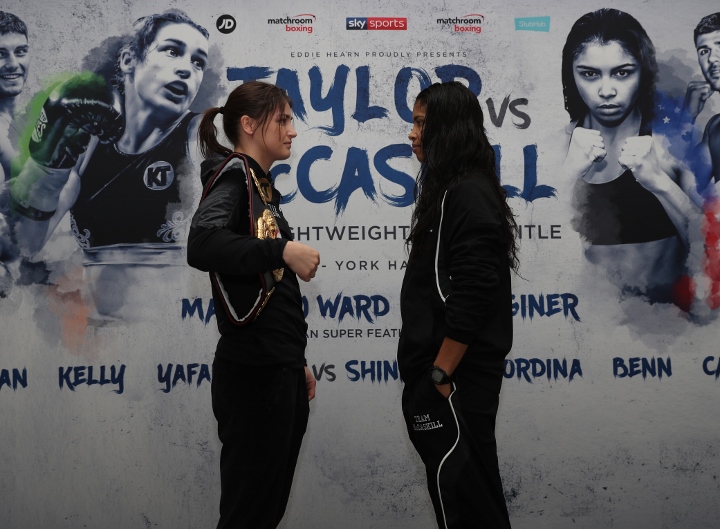 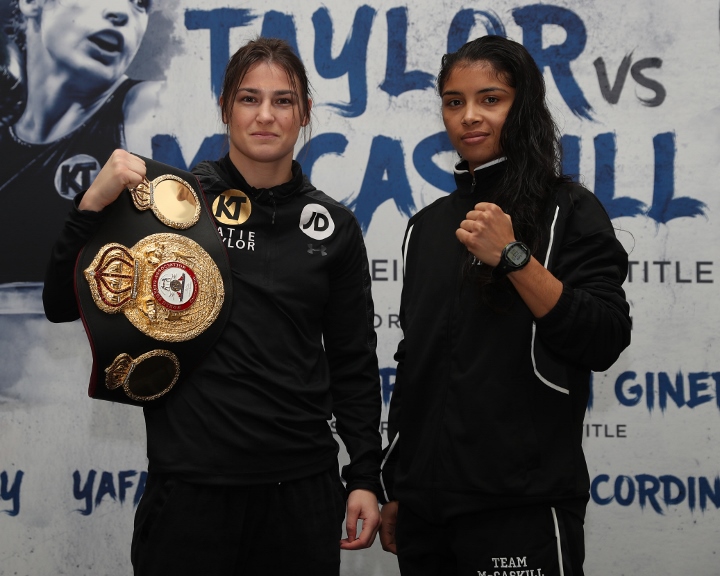 “If she's as relentless in the ring as she is on social media it should be a great fight!” said Taylor. “I'm more than happy to give her the opportunity and I certainly won't be avoiding anyone as a champion.

“I truly believe that this is only the start of things for me. I want all the belts and the biggest possible fights over the next few years.

“It’s been a great first year for me as a professional and this really sets me up for a great finish to it. Headlining on Sky Sports is another first for the sport and I’m so grateful to Eddie Hearn and Sky for the opportunity. 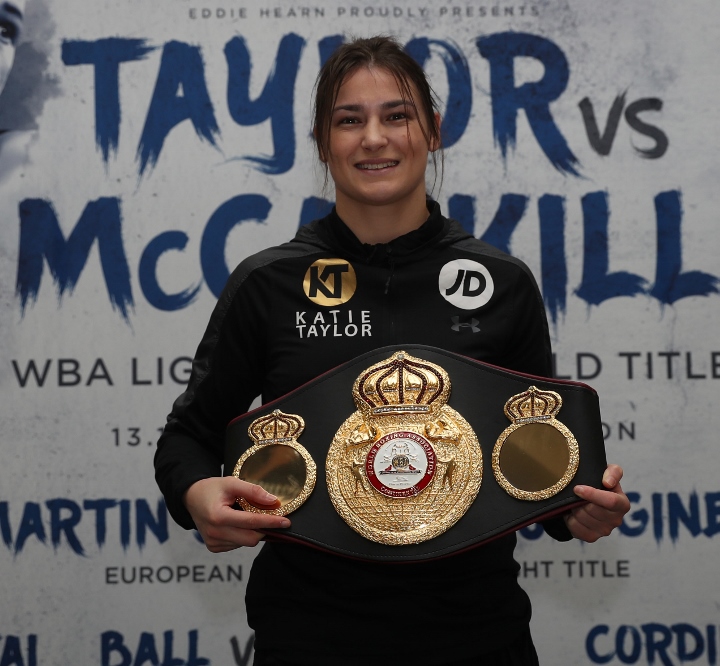 “Trash talking’s not really my thing but she seems to be happy to talk enough for the both of us anyway! Maybe it’s something she feels she has to do for her own confidence but none of that stuff matters once the first bell rings. I'm happy to let my boxing do the talking then and that's definitely where I express myself best.” 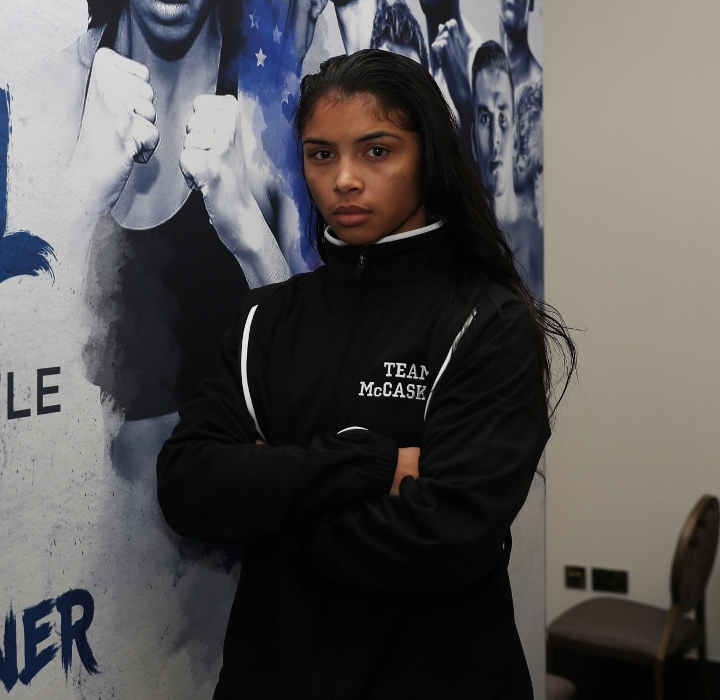 “I have a lot of respect for this sport and for Katie Taylor, but I will be bringing that belt and respect back with me,” said McCaskill. “I want to be known as the number one in America and of course the World title is definitely the goal.” 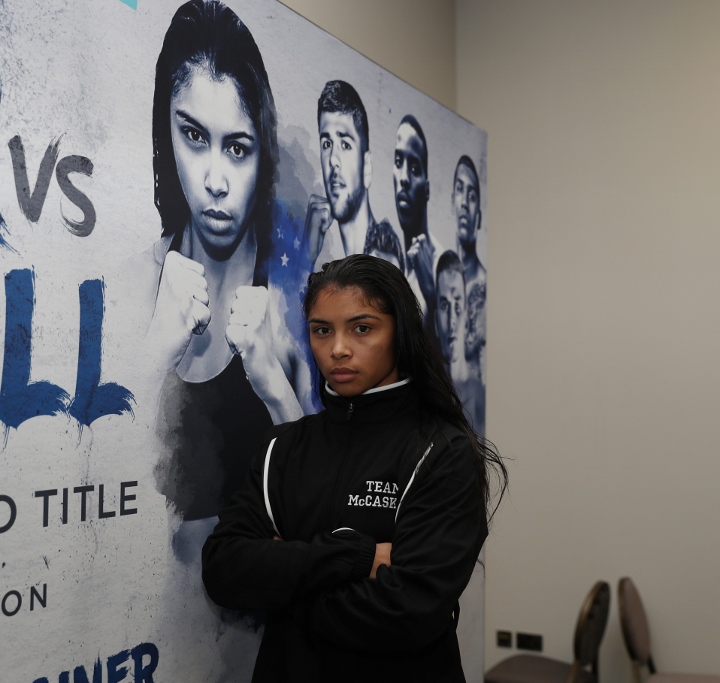 A stacked undercard of talent Brits are set to support Taylor’s defence with unbeaten Super-Featherweight talent Martin J. Ward can add another title to his impressive collection as he faces former champion Juli Giner for the vacant European title. 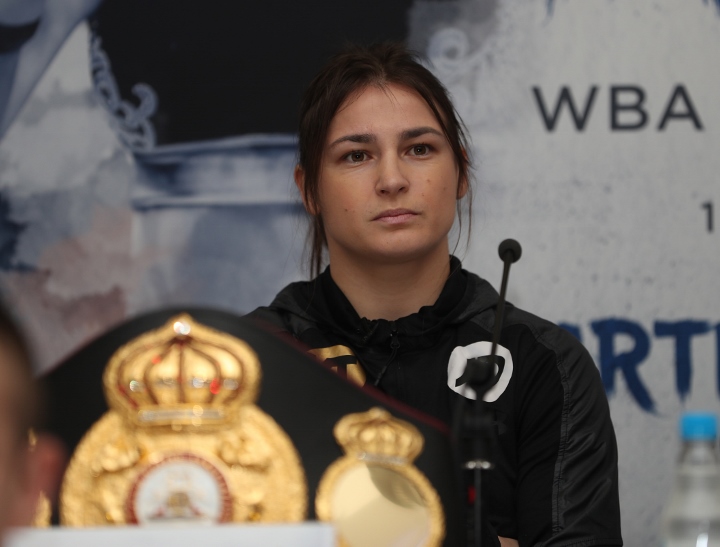 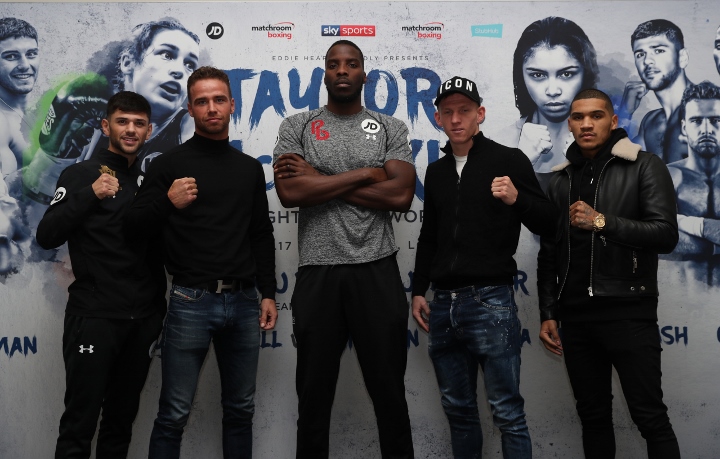 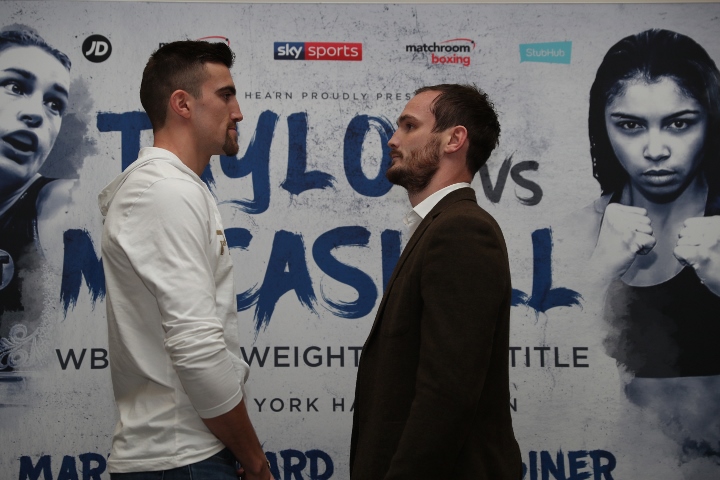 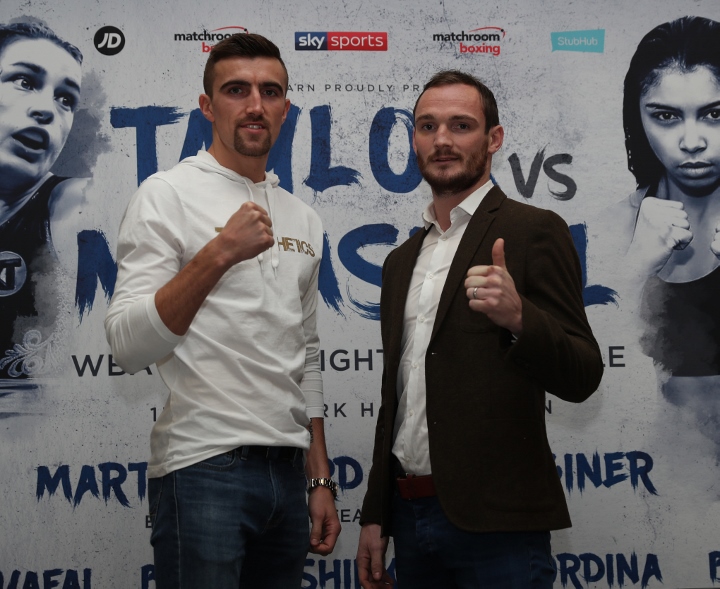 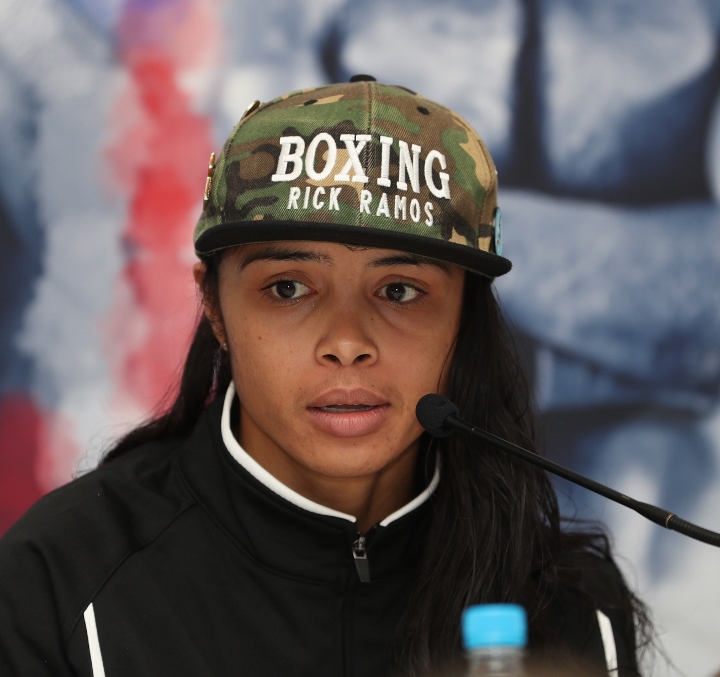 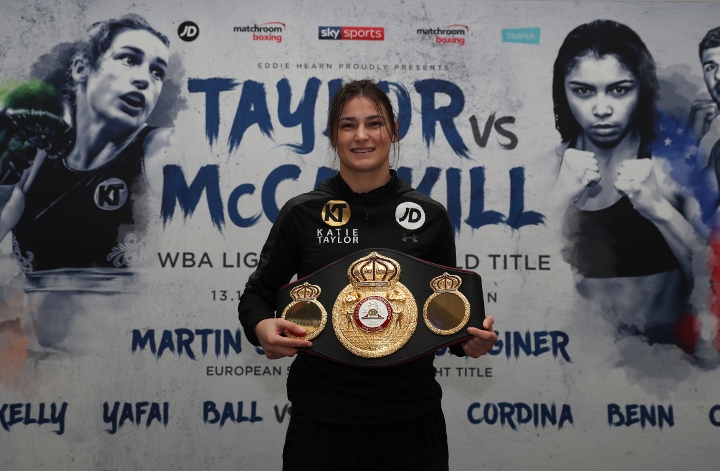 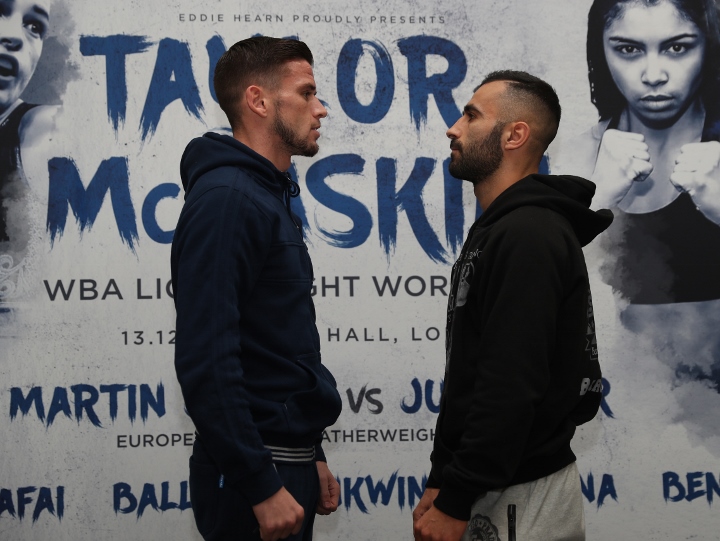 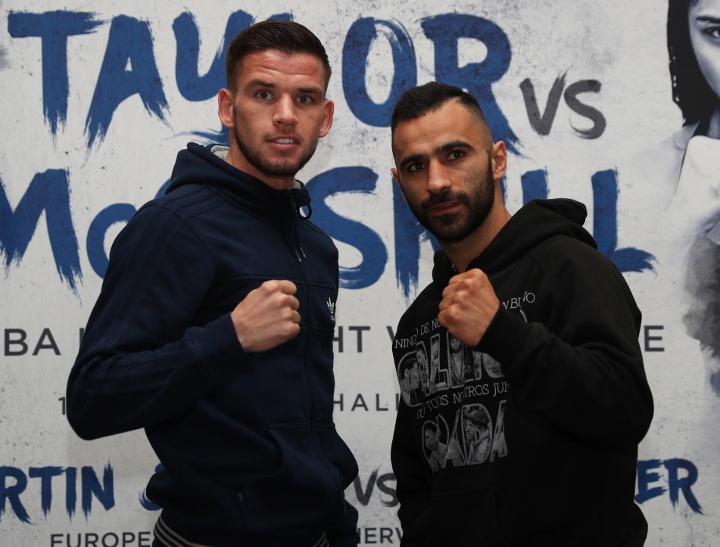 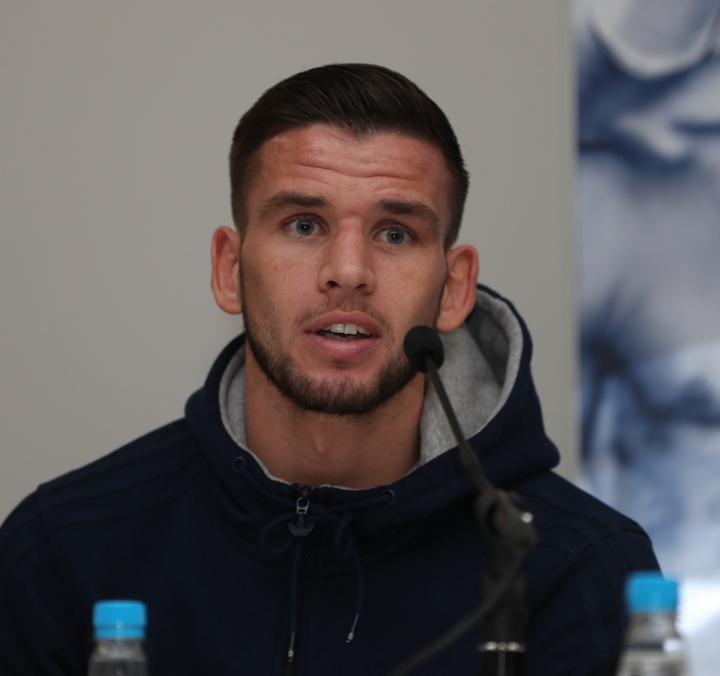 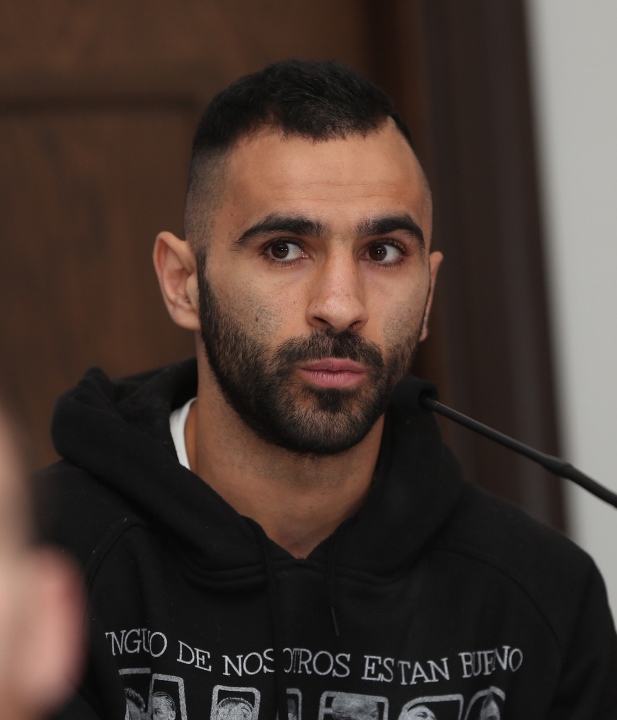