Marshall Arena in Milton Keynes - In a light heavyweight clash of unbeatens, 2016 Olympic bronze medal winner Joshua Buatsi (13-0, 11 KOs) had the toughest test of his career to stop Marko Calic (11-1, 6 KOs) in the seventh round. (photos by Mark Robinson)

Buatsi came out with a very solid jab in the first round. Buatsi quickly established that he was the much quicker fighter of the two. Calic was accurate when he let  his punches go, but not busy enough. 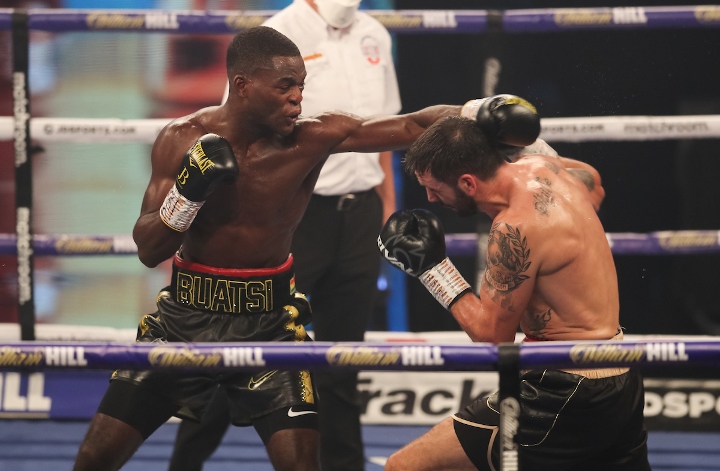 Buatsi was putting his punches together in the second round. Calic was doing well with his own attacks. The right hand of Calic was landing often and he was doing well to block many of Buatsi's shots. 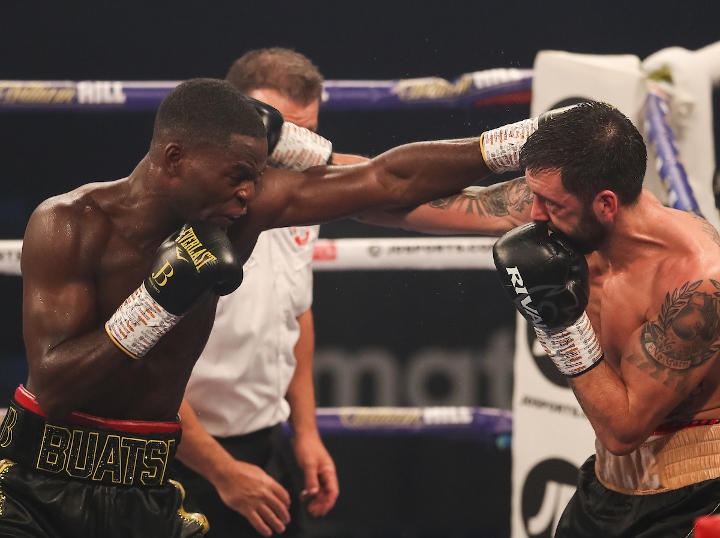 A very competitive third, with both having their moments. The body work of Buatsi was getting off but then his left eye was damaged bad, nearly closing and Calic was unloading on him with a lot of punches.  A very close fourth, with Calic doing the better work of the two. Calic was unloading on Buatsi for most of the fifth round, but Buatsi managed to rock Calic at the end with a right hand and had him going. The sixth saw Buati starting to come on and do better work, but Caclic was still outworking and outlanding him. 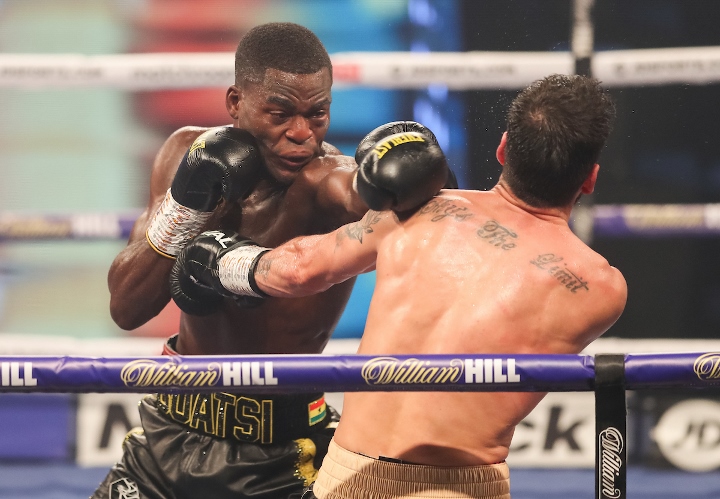 In the seventh, Buatsi rocked Calic with big counter and eventually put him down. Calic got up and wasn't in serious trouble - but for whatever reason Calic's corner threw in the towel. After the fight, Buati said Calic told him that his jaw was broken during the fight. 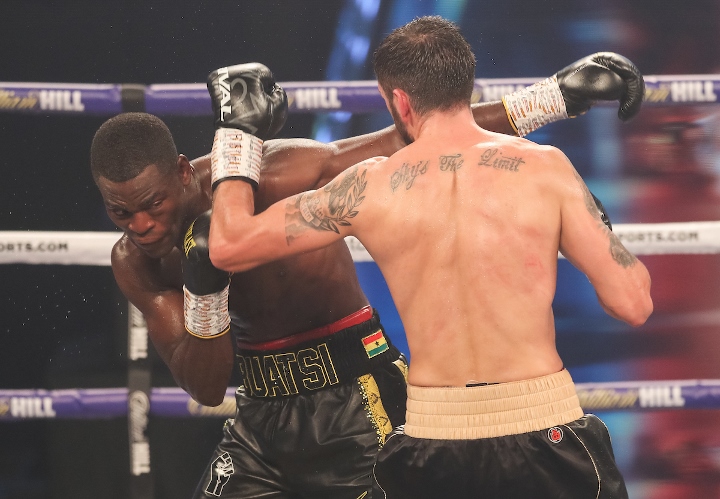 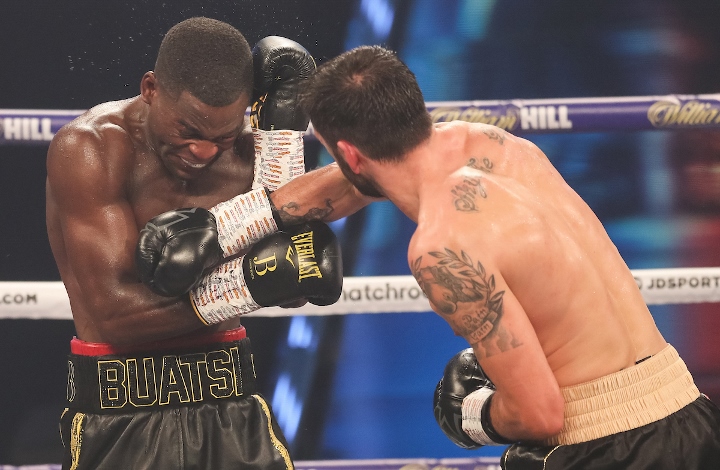 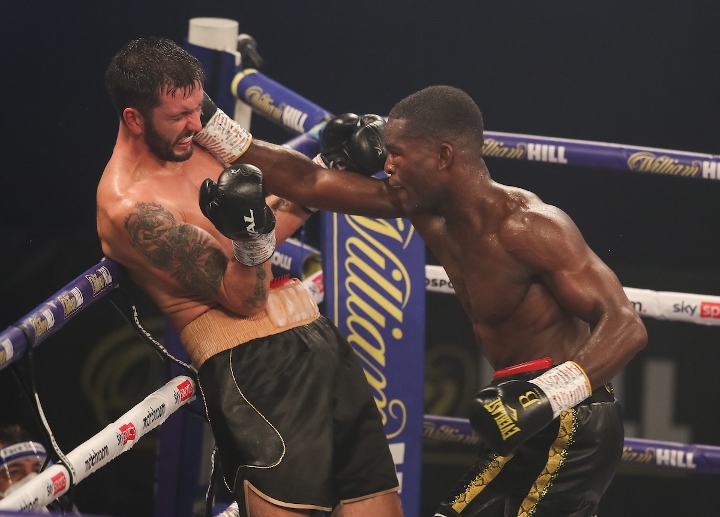 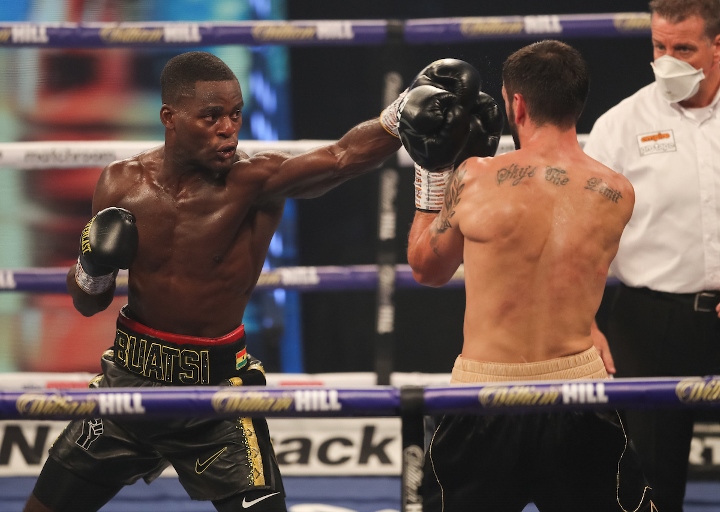 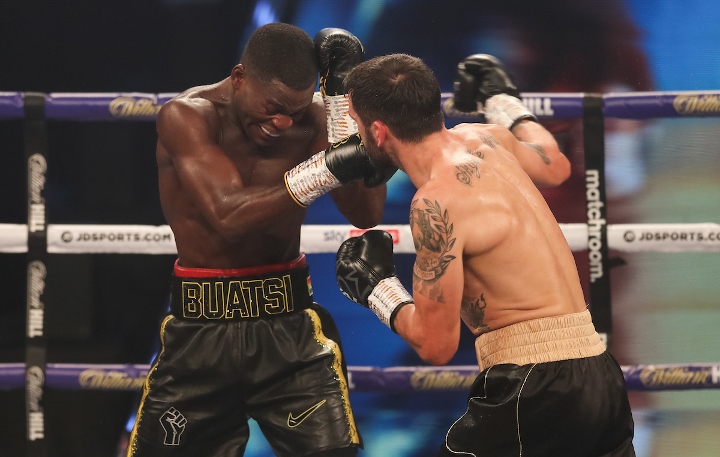 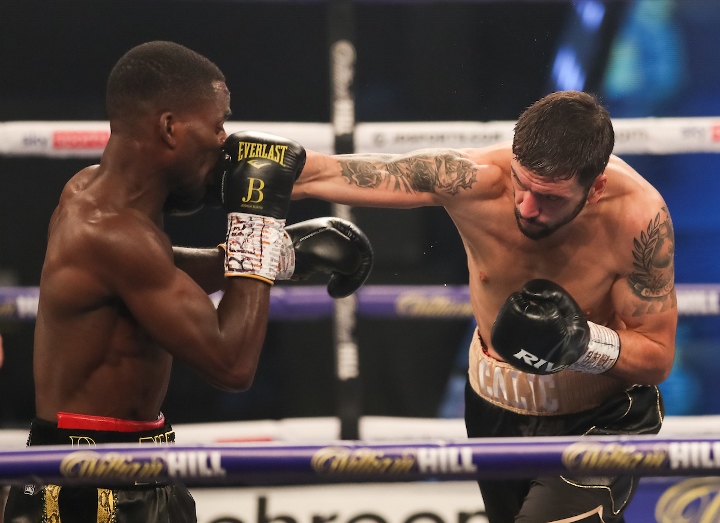 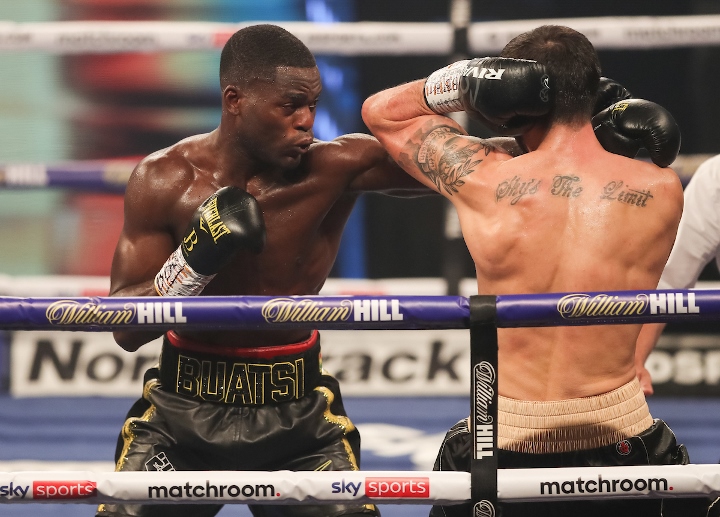 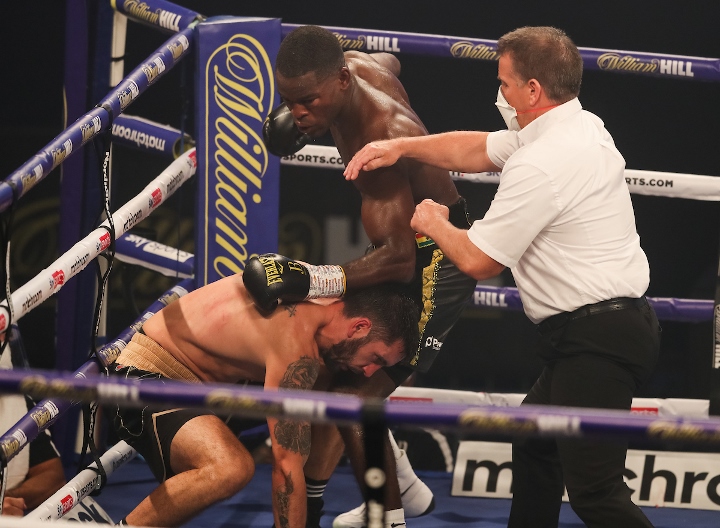 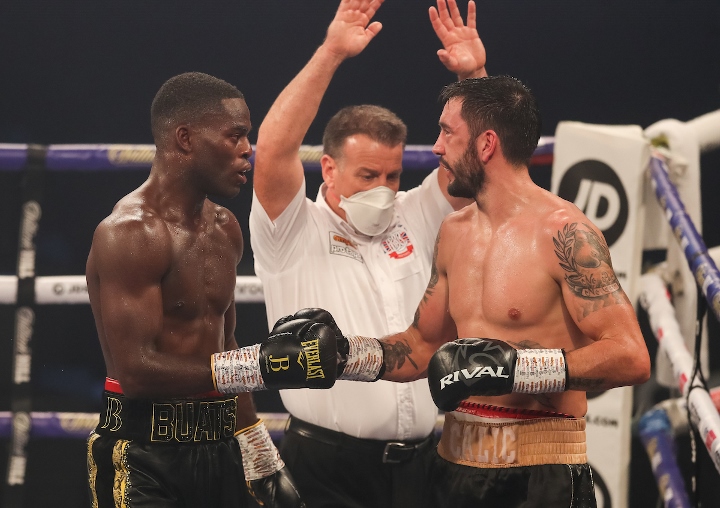 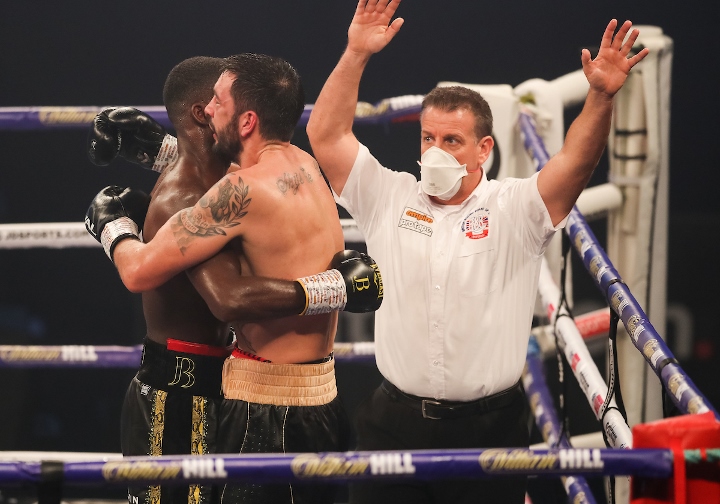 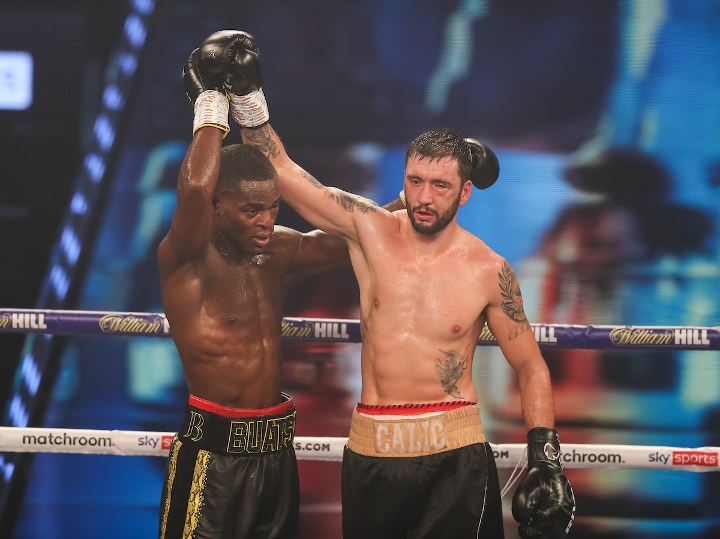 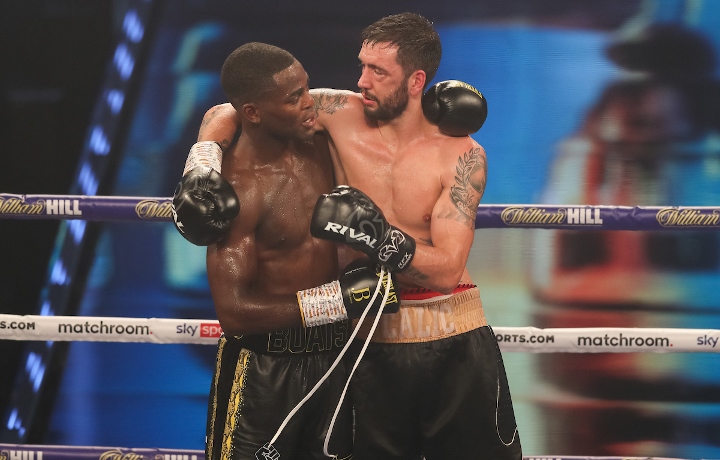 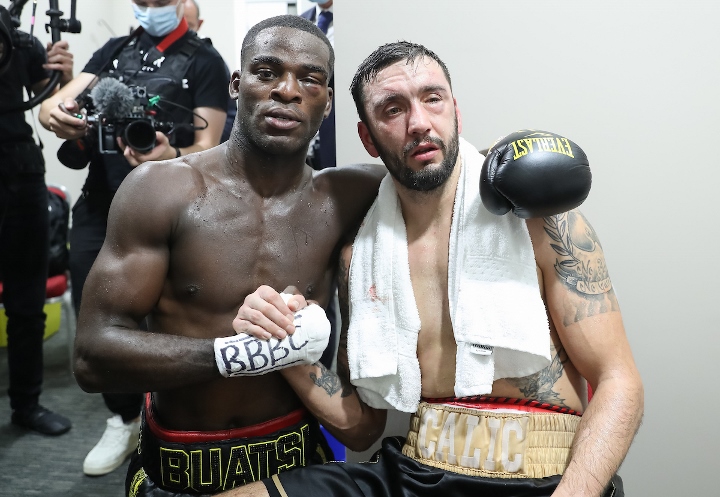 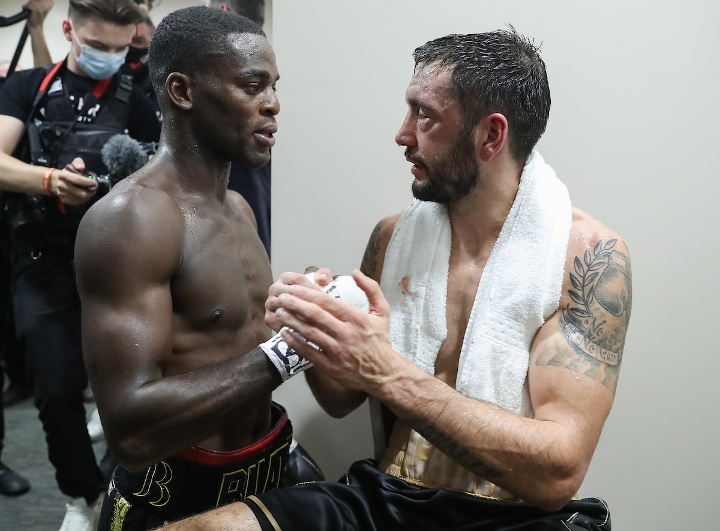 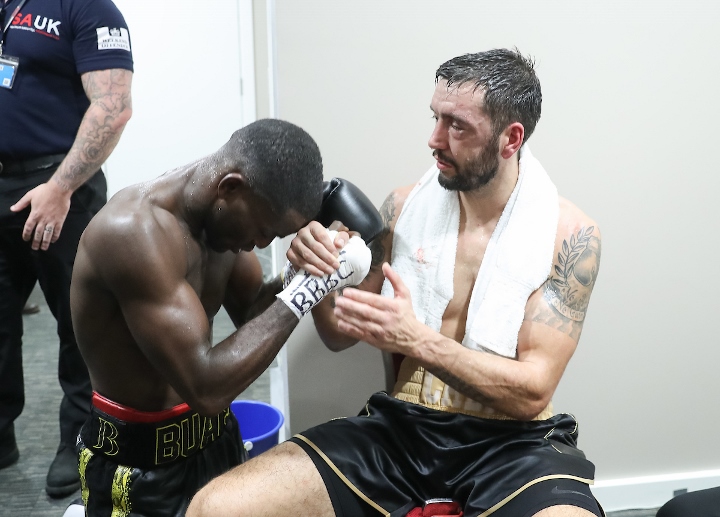 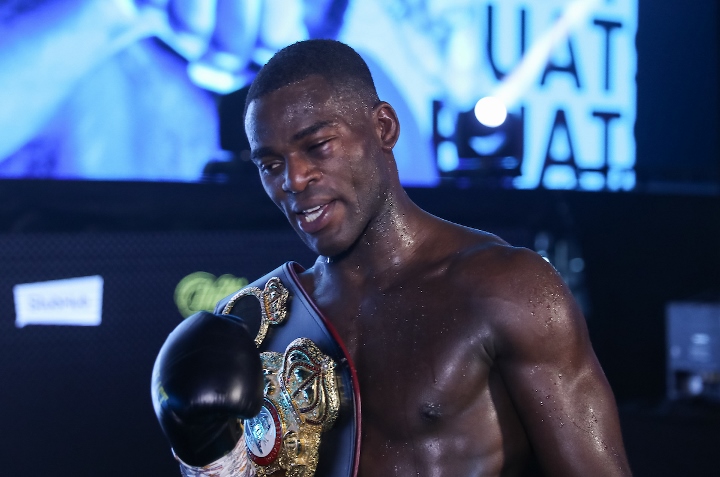 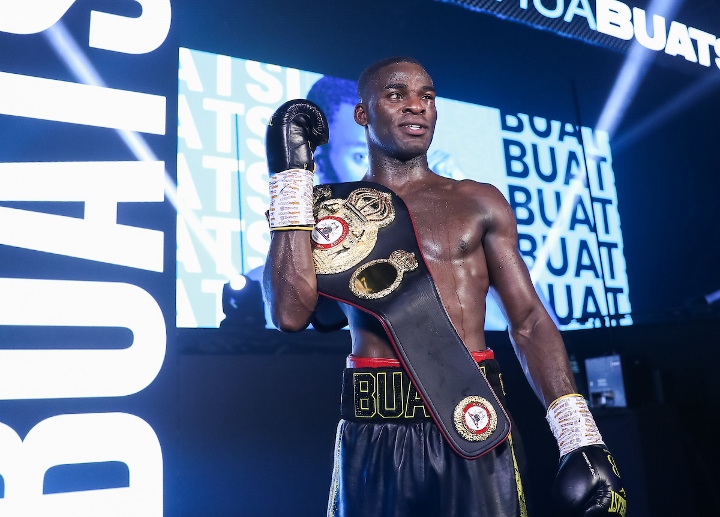