MGM Grand Conference Center - In a crossroads featherweight scrap, Joet Gonzalez (24-1, 14 KOs) bounced back from his first career defeat in style as he dominated hard punching veteran Miguel Marriaga (29-4, 25 KOs) to win a ten round unanimous decision. The scores were 97-93, 99-91, 99-91. (photos by Mikey Williams)

Gonzalez showed the quicker hand speed, as he was connecting with solid shots on Marriaga in the first round. Marriaga was the busier man in the second. In the third, Gonzalez turned it up in the final minute as he began to put his shots together. 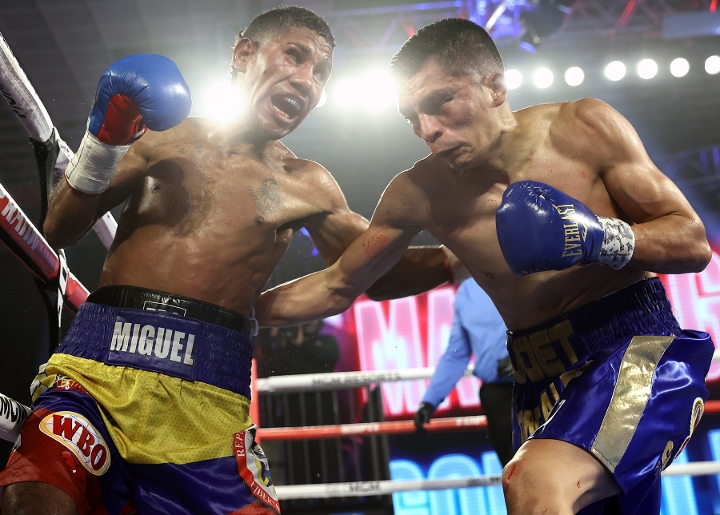 Gonzalez was landing numerous solid shots in the fourth, connecting to the head of Marriaga. Gonzalez continued to unload with both hands in the fifth. The sixth round was more of the same, with Gonzalez unloading on Marriaga to the head and body. Marriaga was game and throwing back, but many of his shots were being blocked. 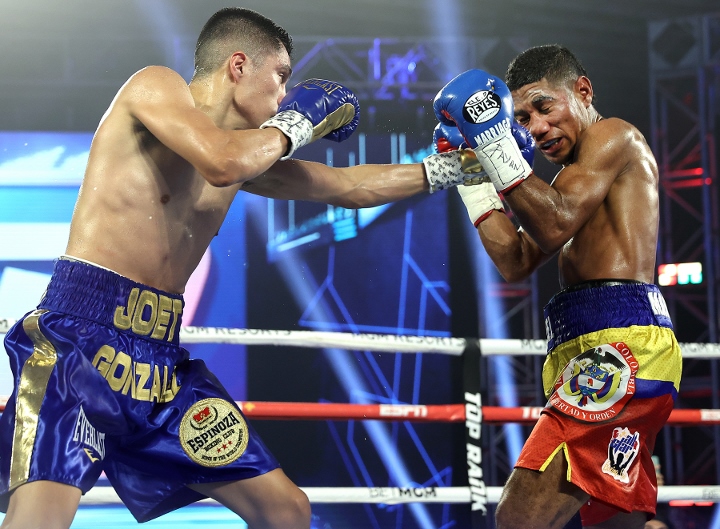 Marriaga tried to switch things up in the seventh, with Gonzalez still tagging him often with punches. More of the same in the eight, with the referee warning Marriaga to step things up or the end could come. Marriaga was fighting hard in the ninth and created a cut under the right eye of Gonzalez, but he was unable to turn the tide and was still taking shots 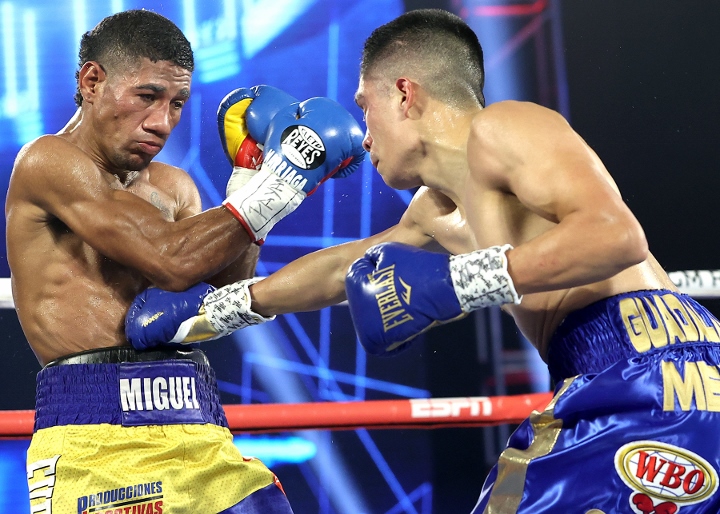 In the final minute of the tenth, Marriaga was wobbled and managed to survive as Gonzalez was tagging him up with big shots. 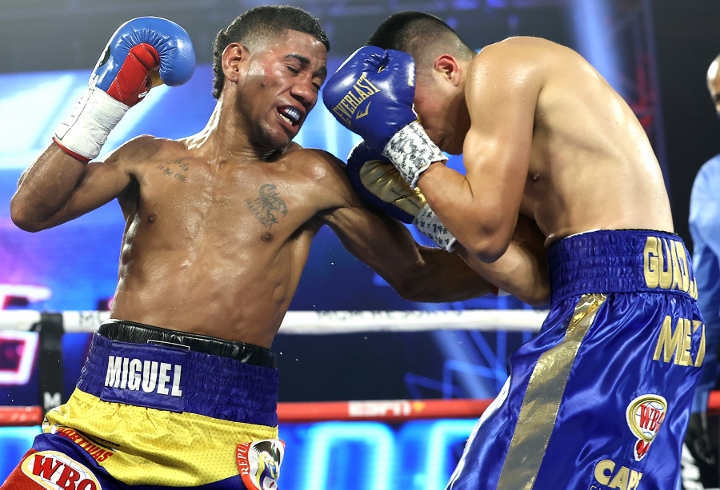 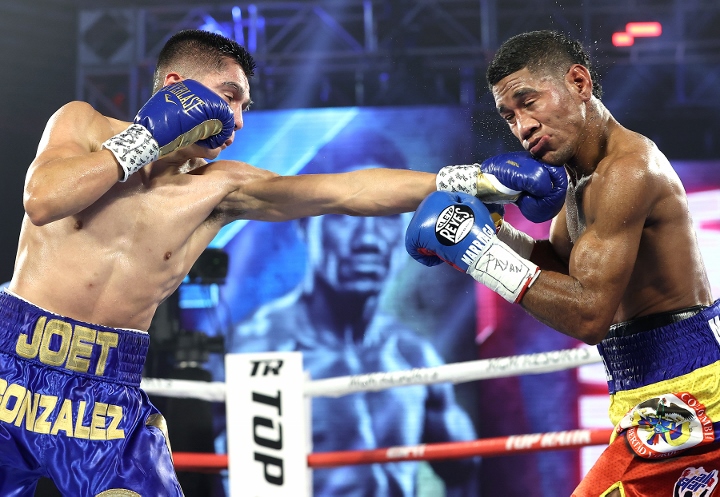 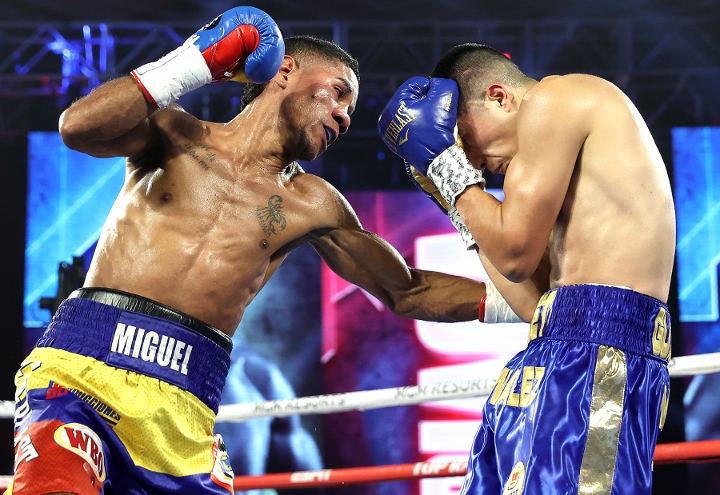 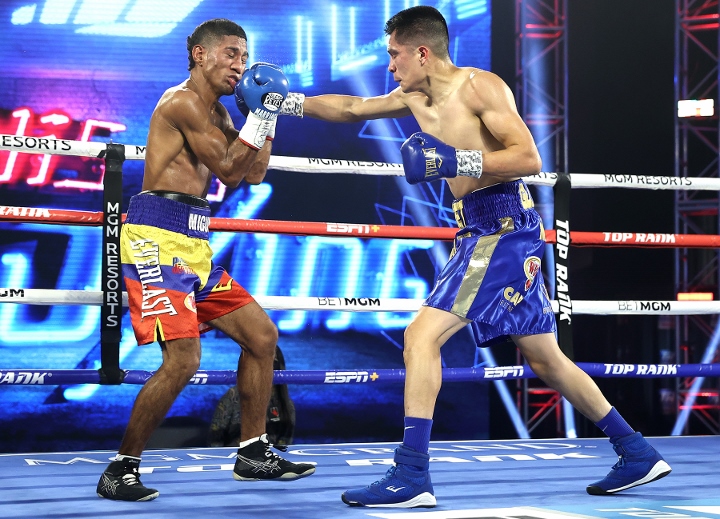 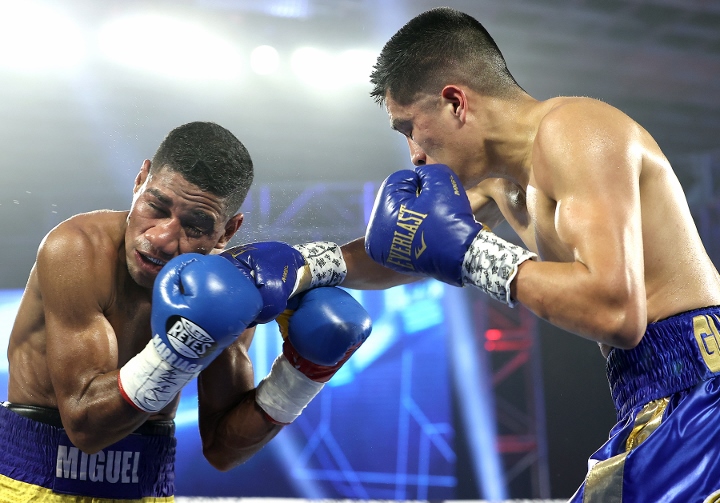 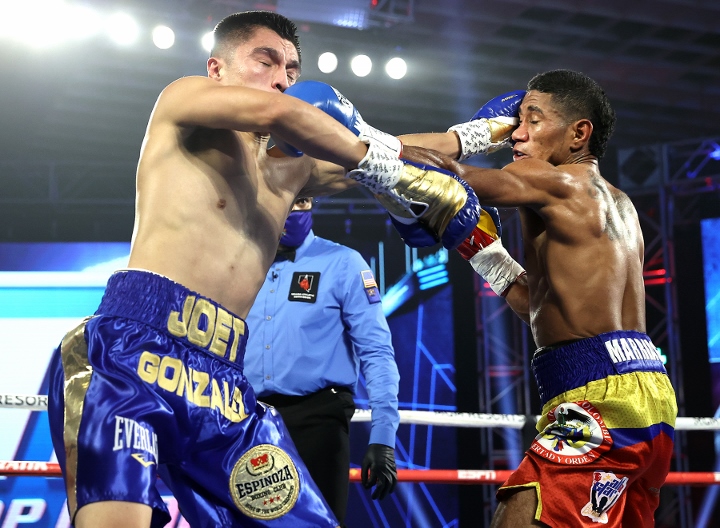 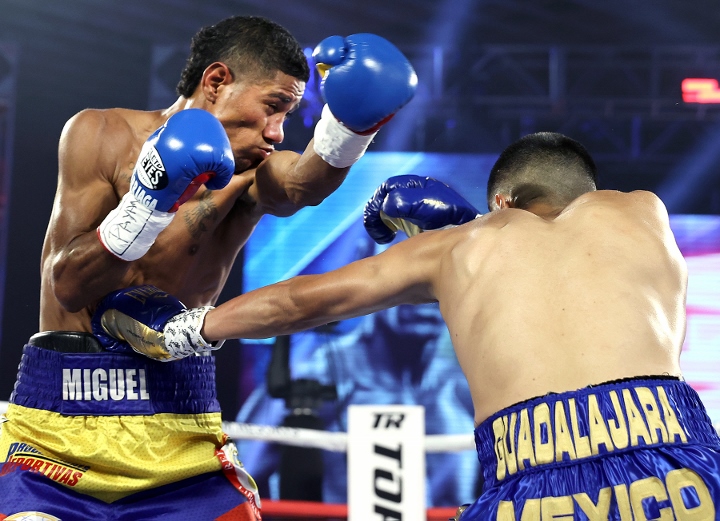 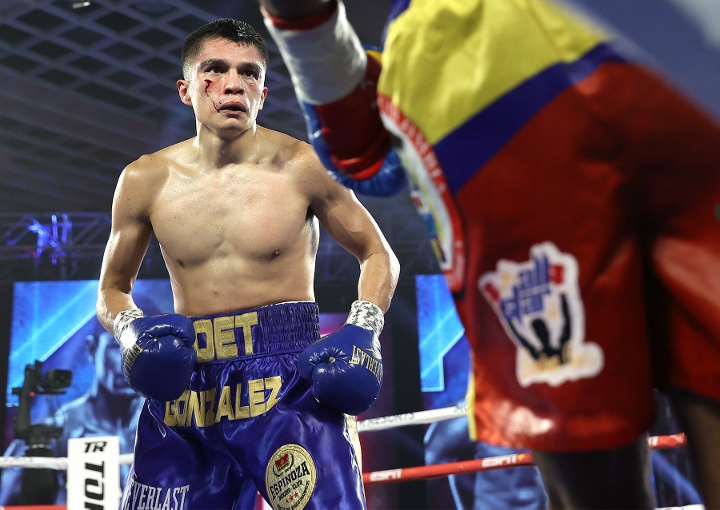 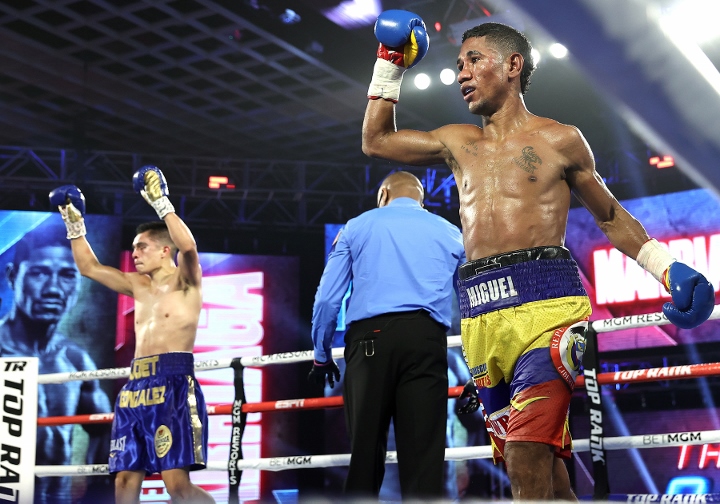 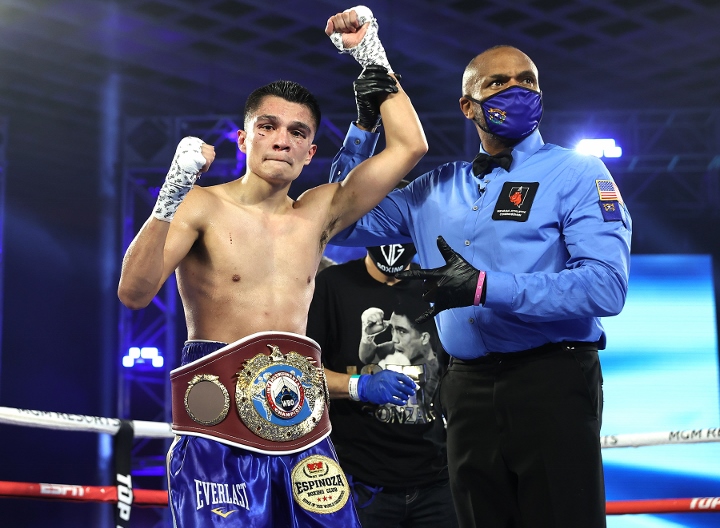 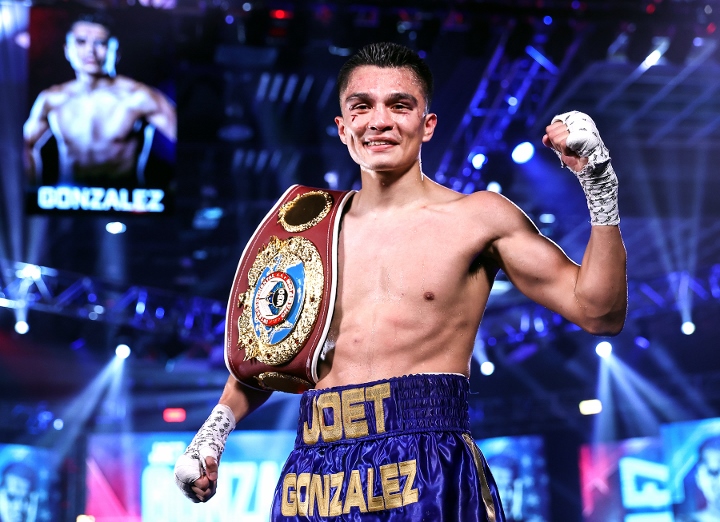 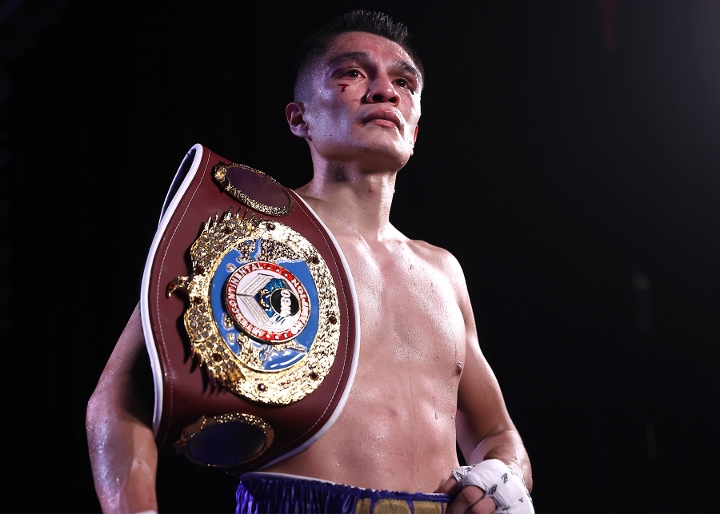