Kubrat Pulev wanted to send a resounding message to the big names of the heavyweight division, and he did so by scoring an emphatic knockout victory in front of a sold-out crowd at The Hangar. (photos by Mikey Williams). 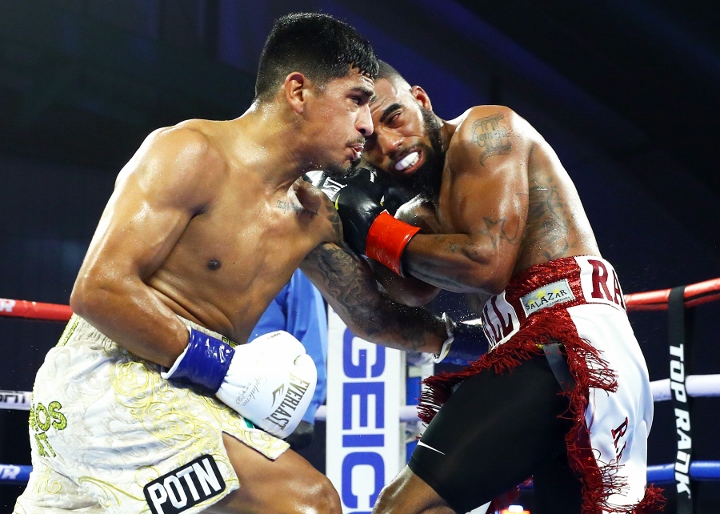 After recovering from a flurry of punches that caused a dangerous cut on his left eyebrow in the fourth episode, the Bulgarian contender blasted Bogdan Dinu by technical knockout at 2:40 of the seventh round. 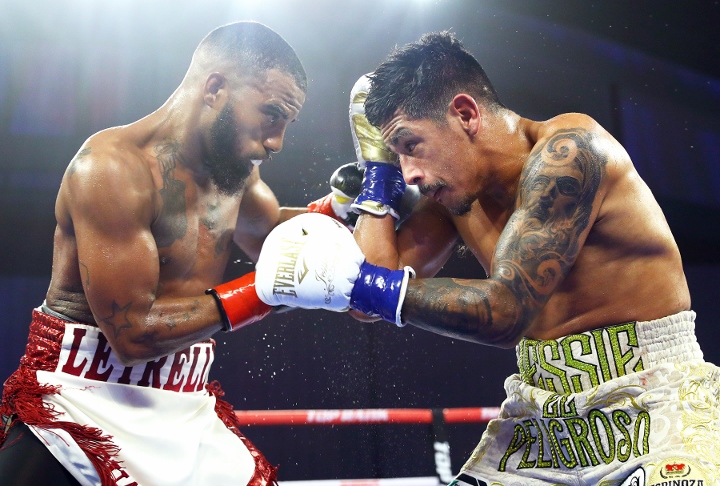 In his featherweight debut, former world champion Jessie Magdaleno returned to the winning route by scoring a unanimous decision victory over former world titleholder Rico Ramos to capture the WBC USNBC Featherweight title. This was Magdaleno's first fight since losing his WBO super bantamweight world title in April of 2018 against Isaac Dogboe. 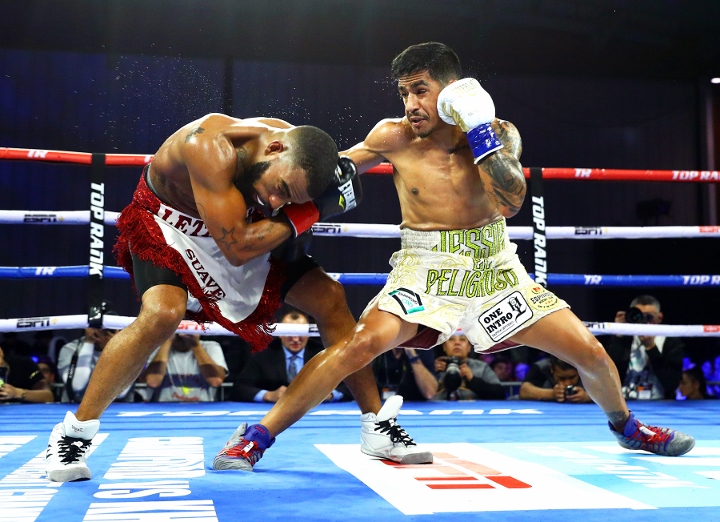 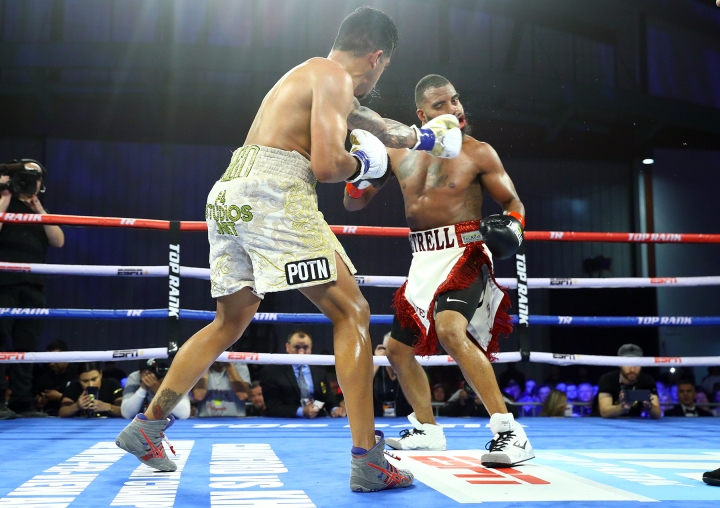 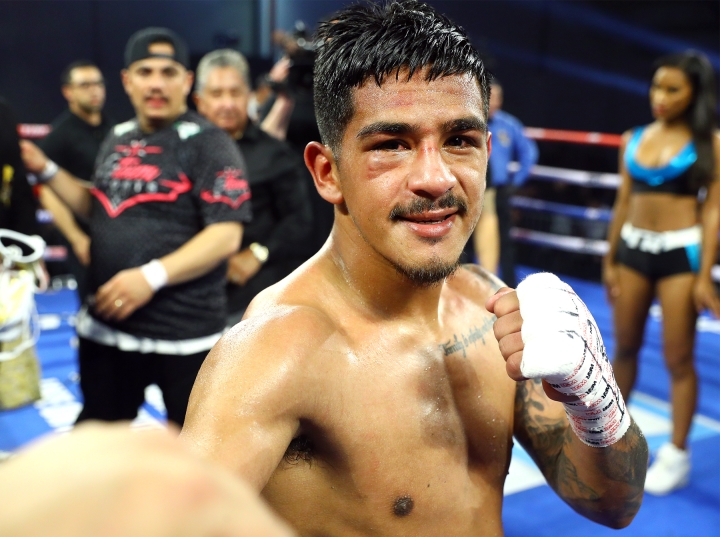 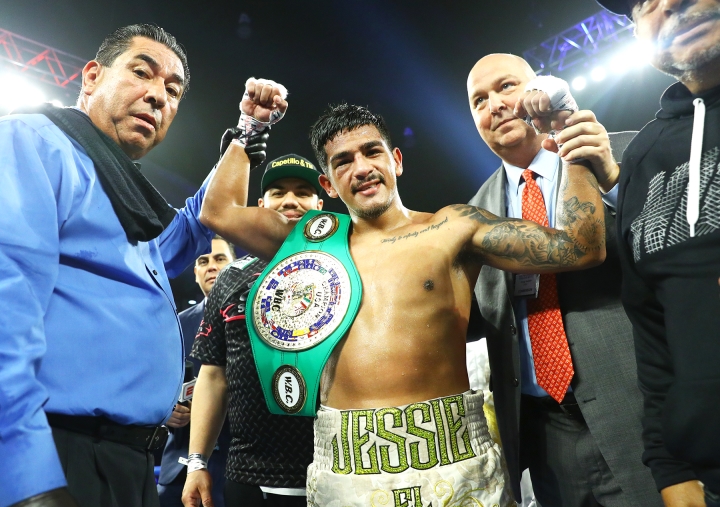 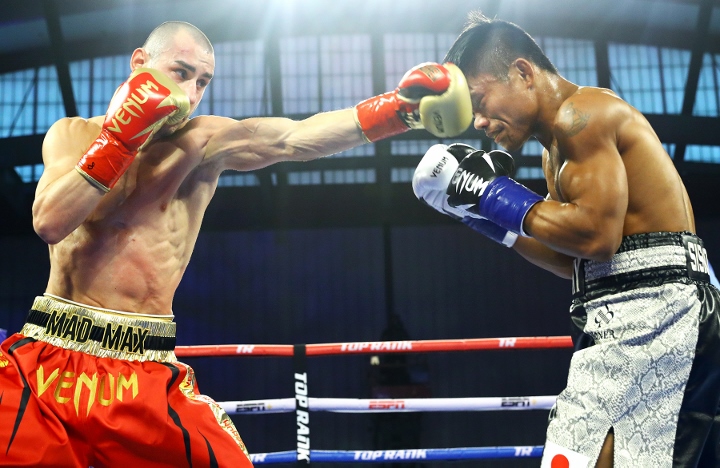 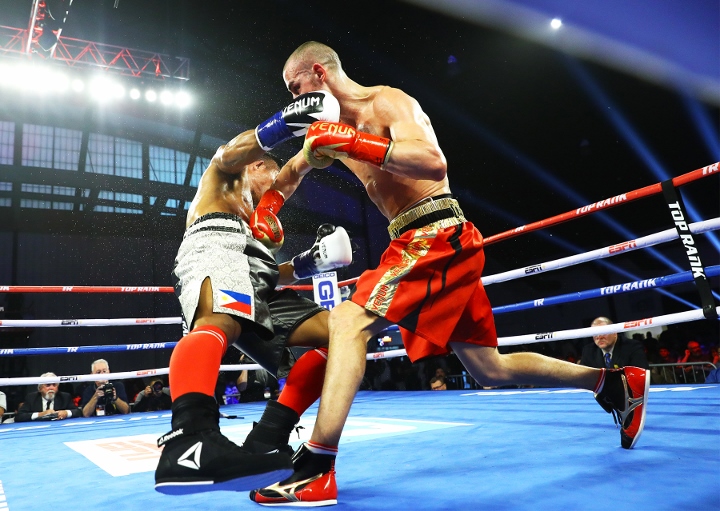 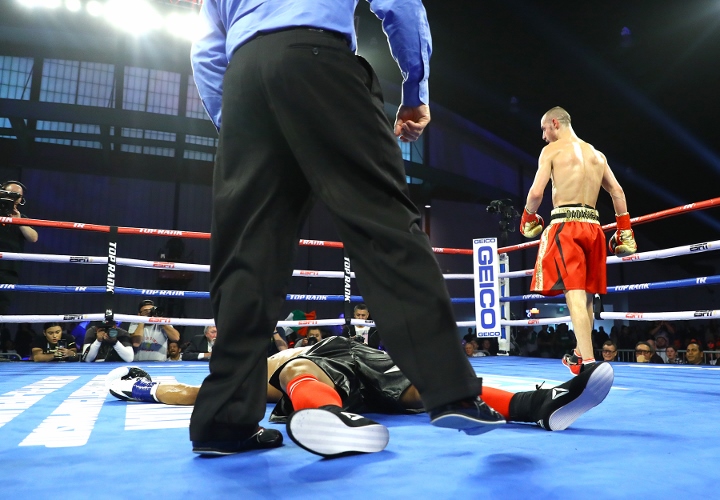 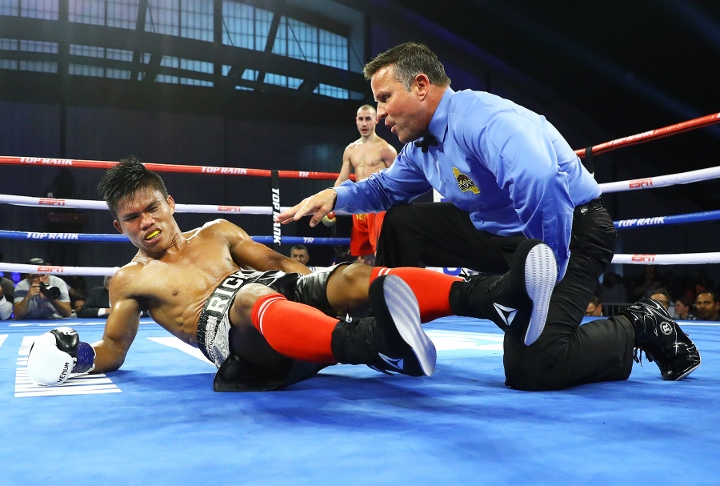 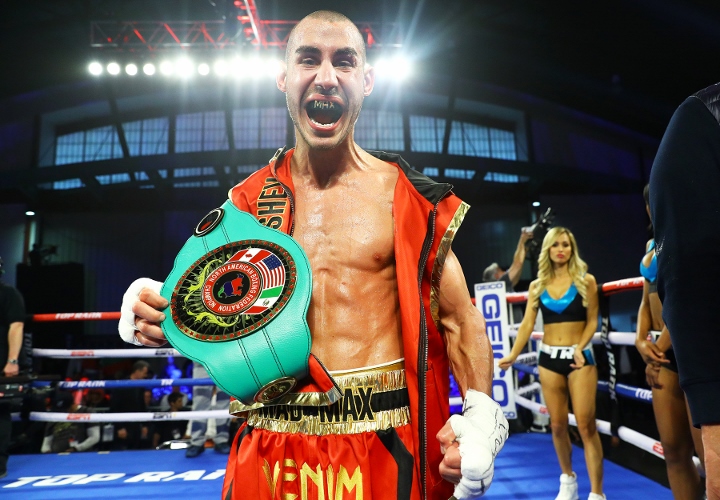