Bryant “B.Y.” Jennings’ climb up the heavyweight ladder continued, as the Philadelphia native got up off the deck to knock out Alexander “Sascha” Dimitrenko to win the vacant IBF International and NABO heavyweight titles in front of 2,543 fans at Ocean Resort Casino’s Ovation Hall. (photos by Mikey Williams).

Jennings (24-2, 14 KOs) was knocked down with a big right hand in the fourth round, but rebounded to knock down Dimitrenko (41-4, 26 KOs) twice in the eighth round. An uppercut in the ninth round sent Dimitrenko to the canvas again, and referee Allen Huggins immediately called a halt to the contest, much to Dimitrenko's chagrin. 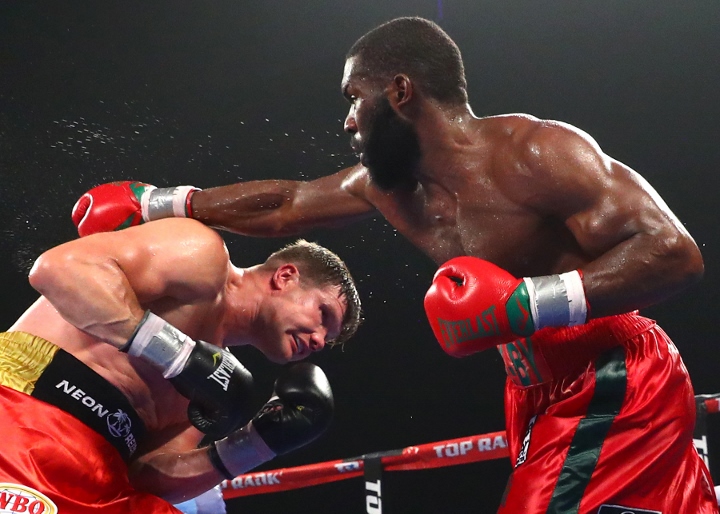 "I was prepared for a tough 12 rounds," Jennings said. "I did what I had to do. I was in great shape. He's a big dude. He's not as slow as I thought. I made adjustments, and I got the job done."

Said Dimitrenko: "I wanted to continue the fight. I don't know why the referee stopped it." 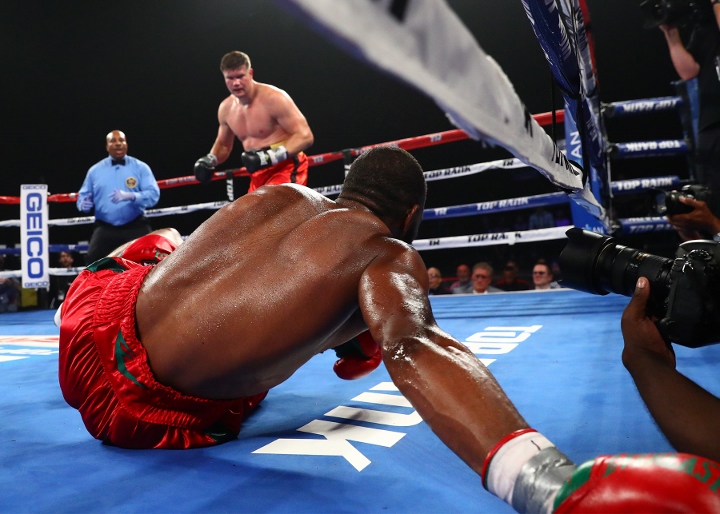 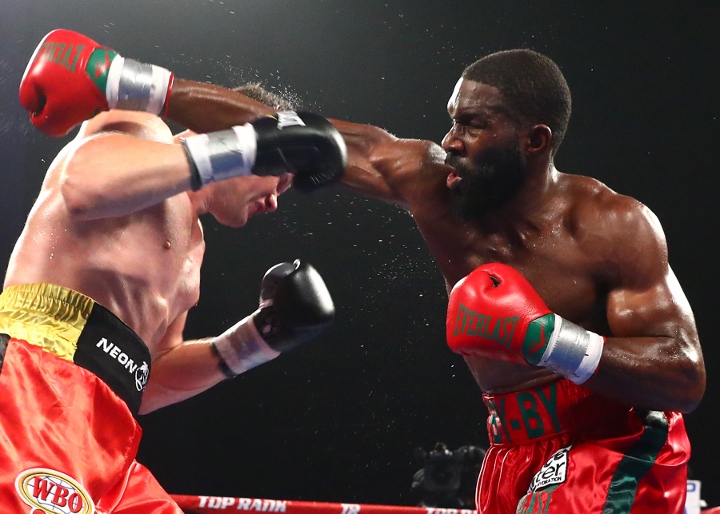 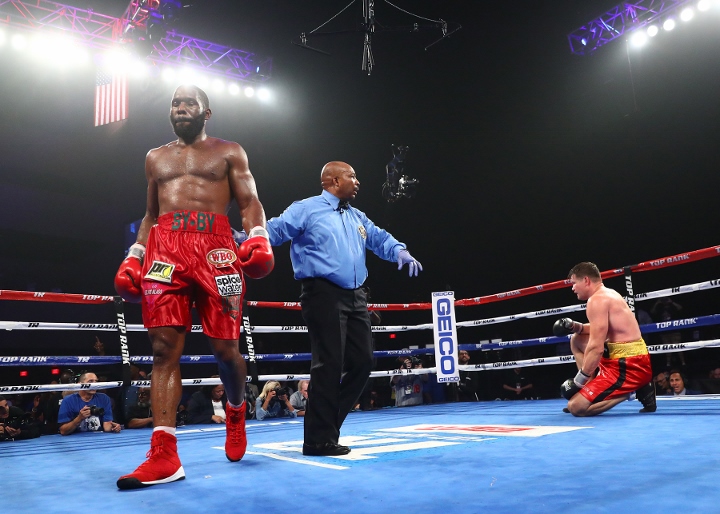 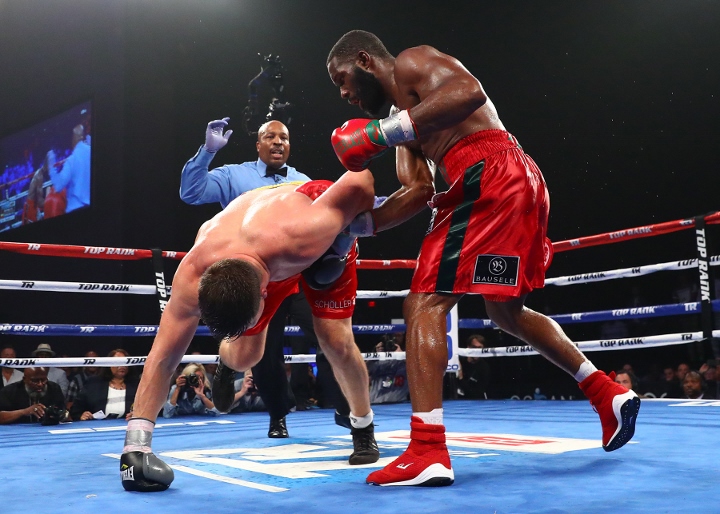 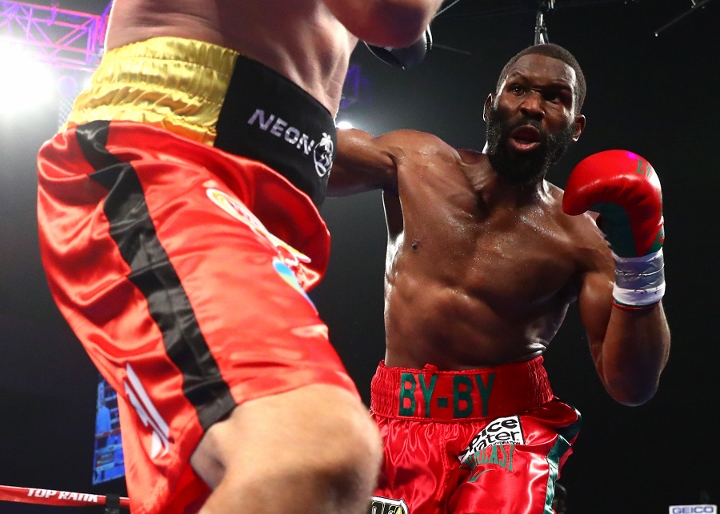 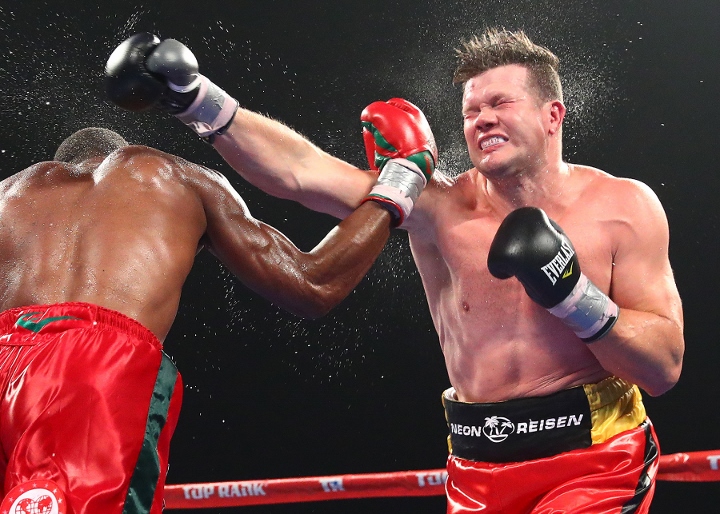 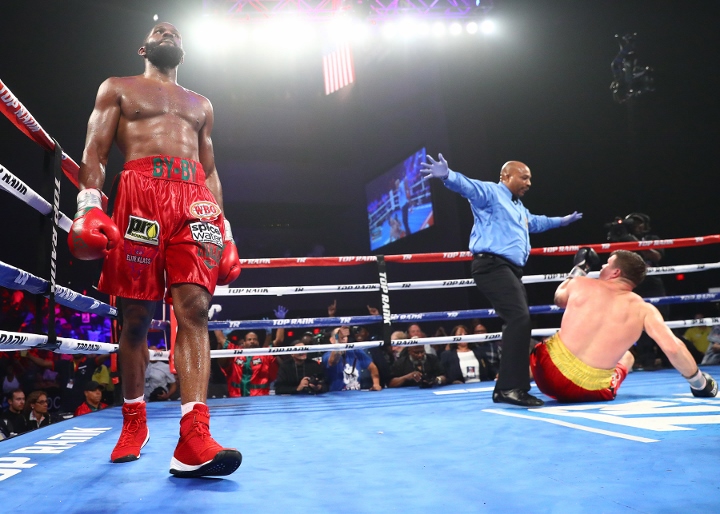 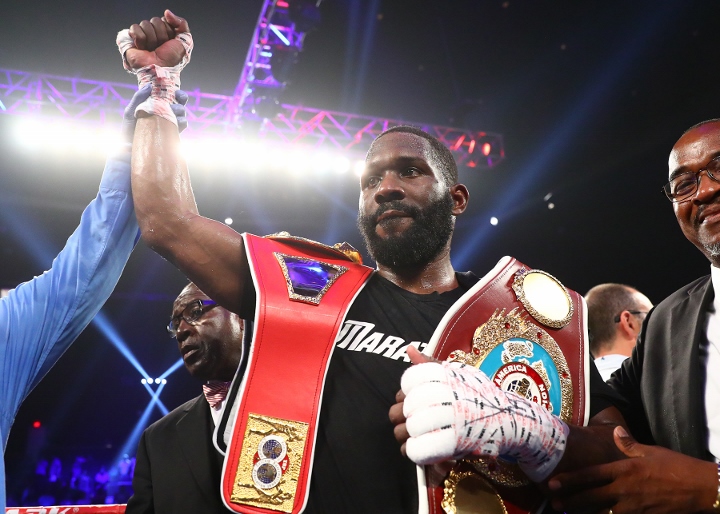