Kansas Star Arena, Mulvane, Kansas - In a battle of undefeated heavyweights, Jarrell Miller (23-0-1, 20 KOs) started slow, but finished fast when he knocked out Bogdan Dinu (18-1, 14 KOs) in the fourth round. (photos by Ed Mulholland) 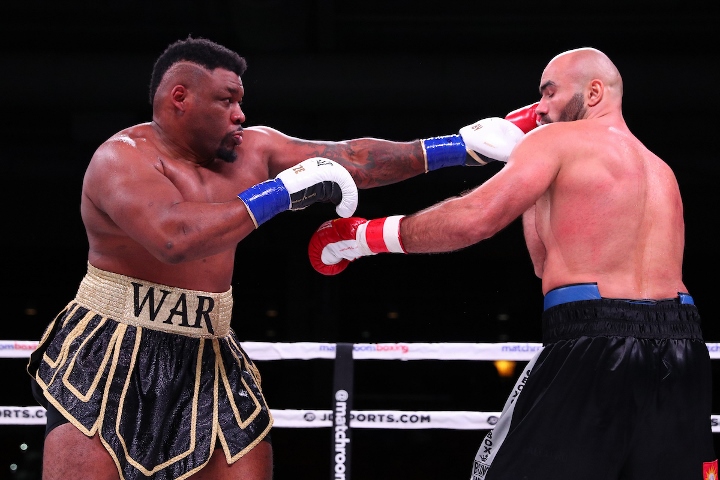 Back in October, Miller demolished a way past his prime Tomasz Adamek in two rounds.

Coming in, Dinu stopped his last eight opponents - but they were very overmatched opponents. 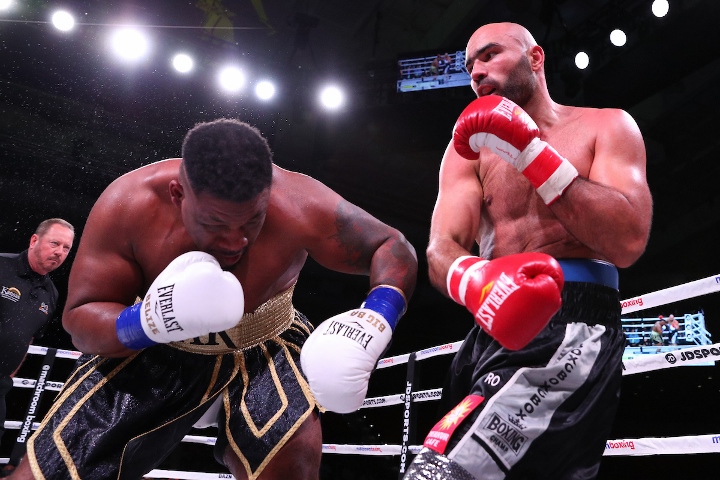 Dinu was moving, boxing and jabbing Miller up in the first round.  He was also digging to Miller's body. Miller was jabbing his way in and looking to trap Dinu on the ropes.

Dinu's movement continued to present issue for Miller in the second round. Miller continued to stalk, he was walking through shots and trying to press Dinu against the ropes. Miller began to dig hard to the body in the third round and was starting to get off with more punches. Dinu went down after getting tagged with a hard low blow. 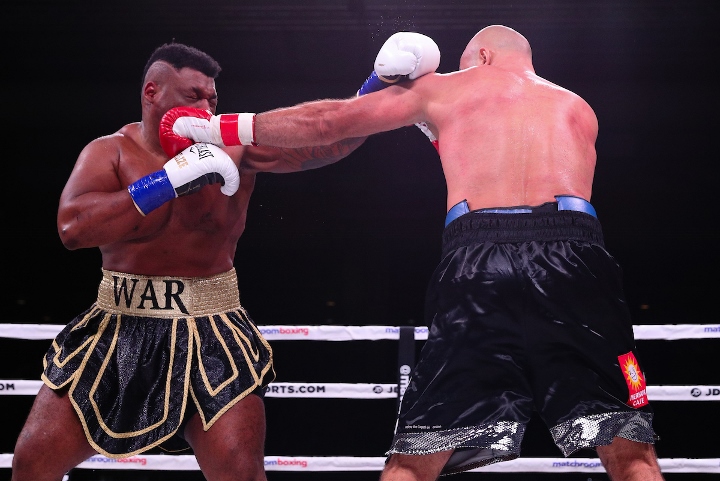 In the fourth round, Miller put together a solid combination of punches that dropped Dinu down to the mat. A moment later, Miller landed another combination that put Dinu down for the full count. 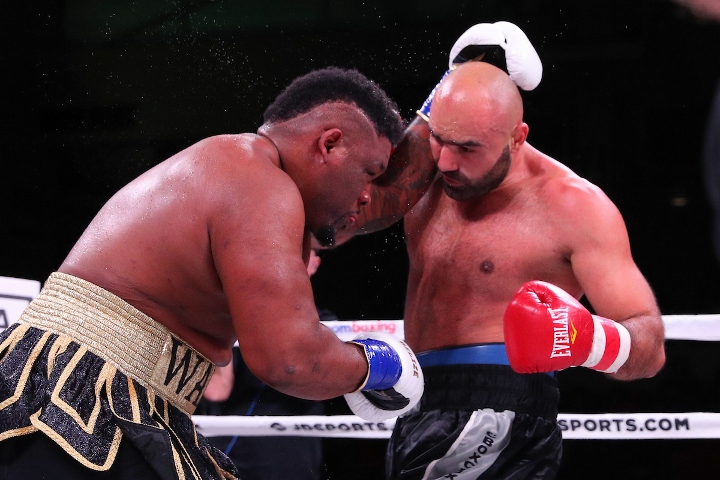 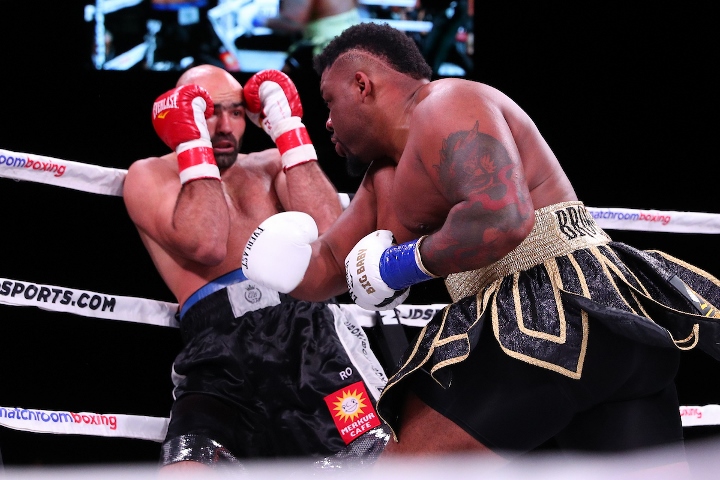 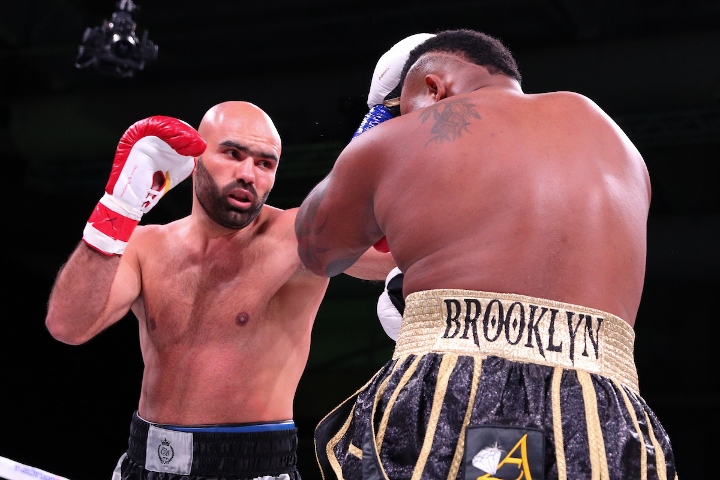 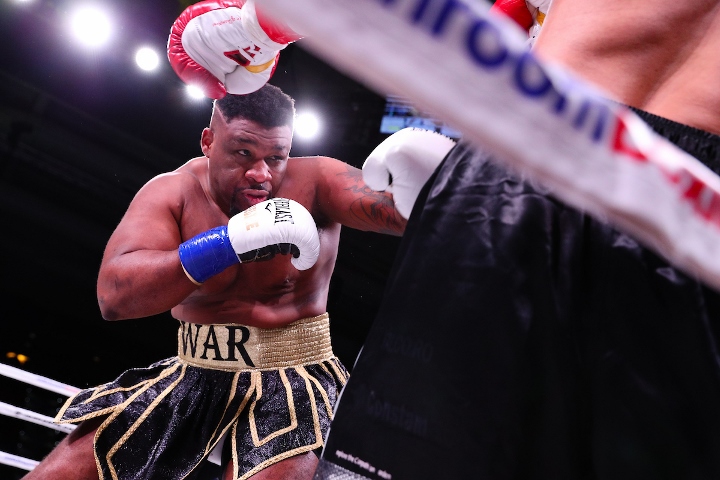 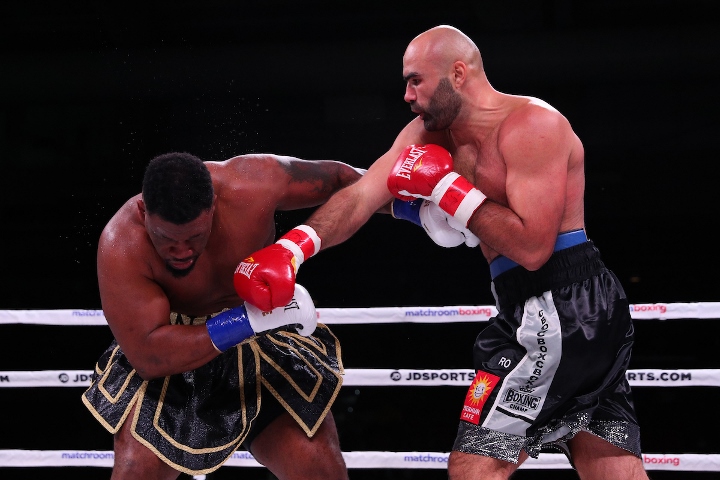 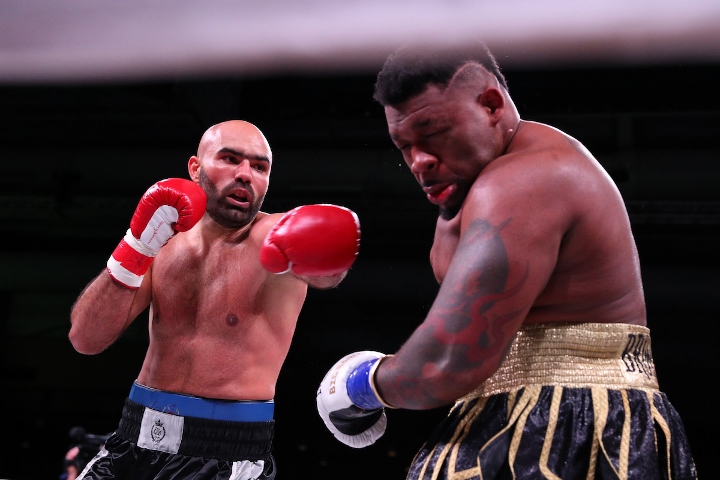 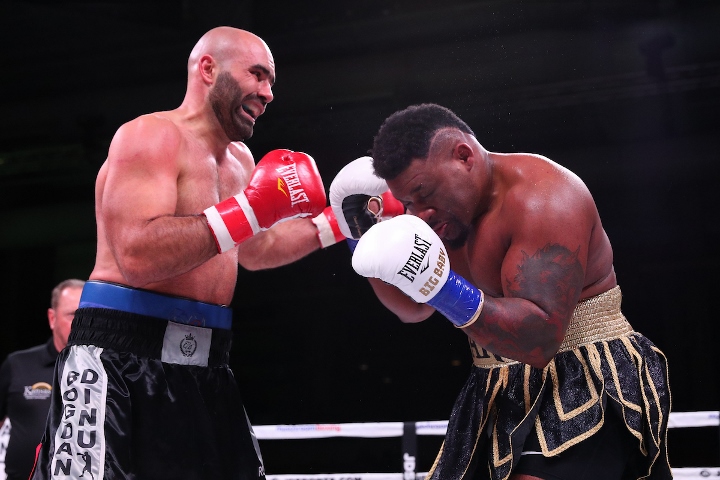 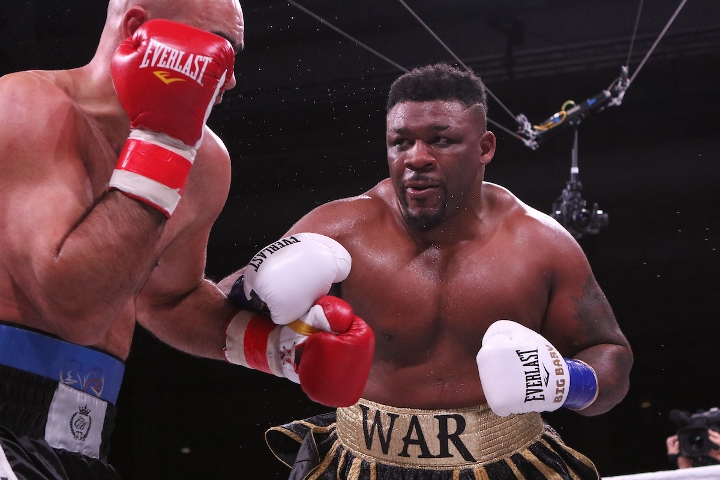 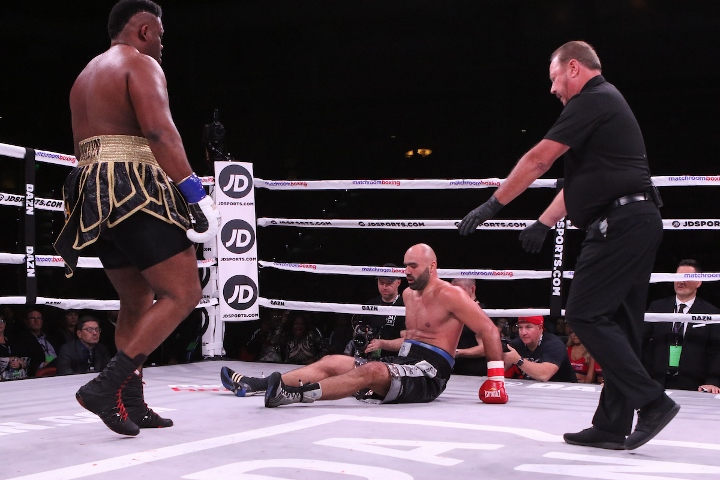 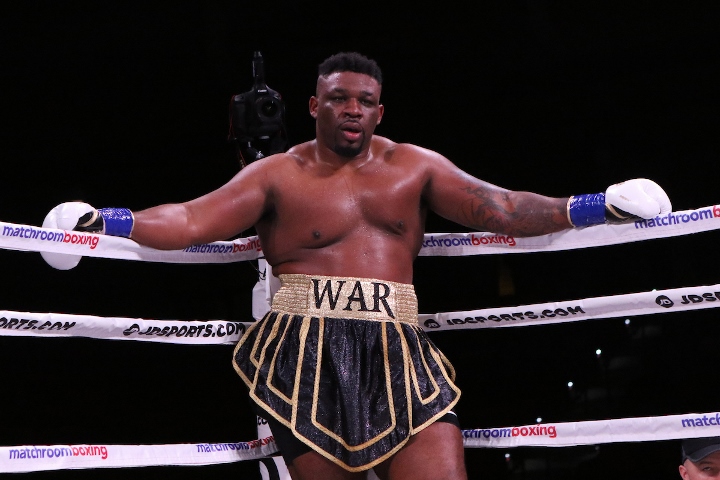 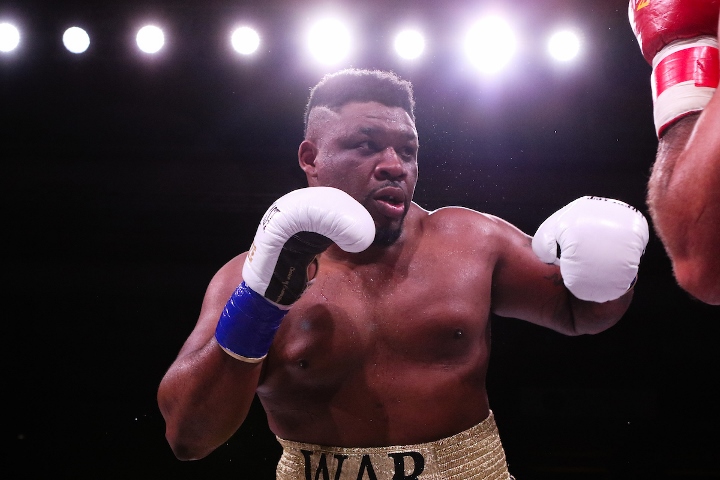 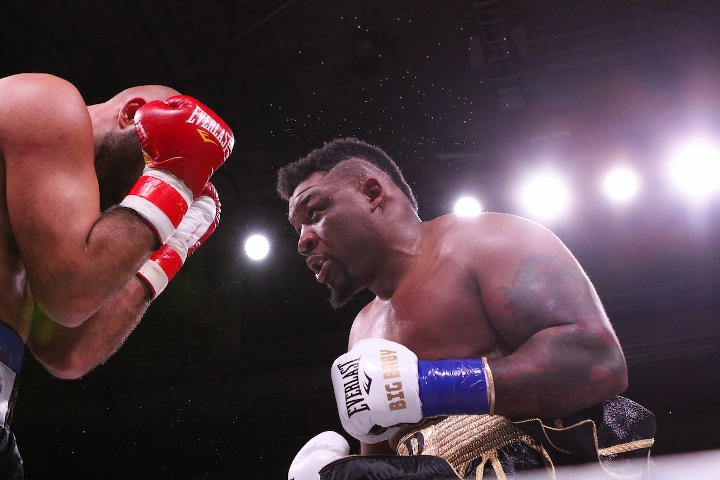 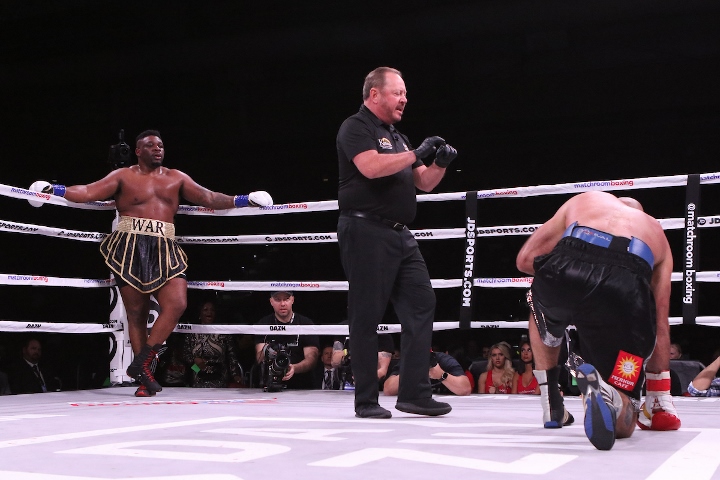 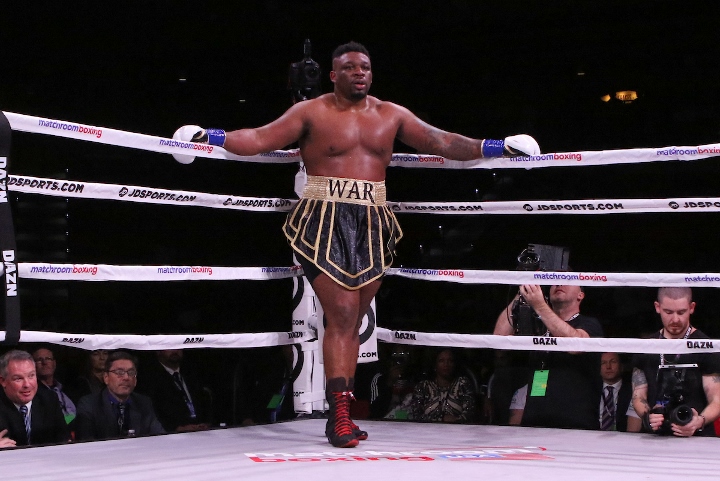 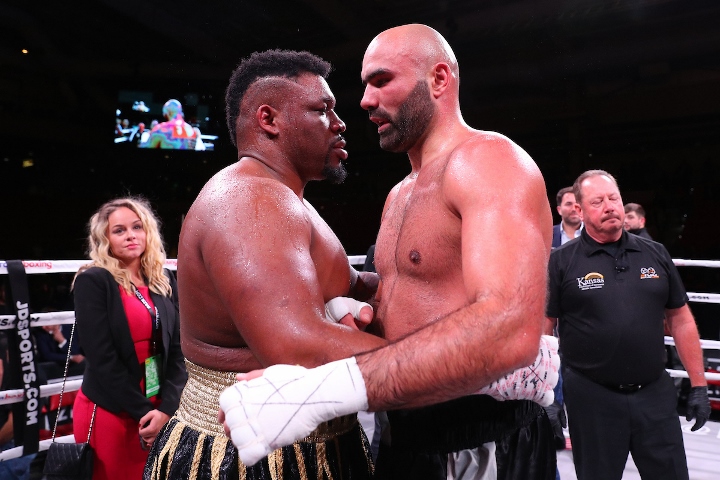 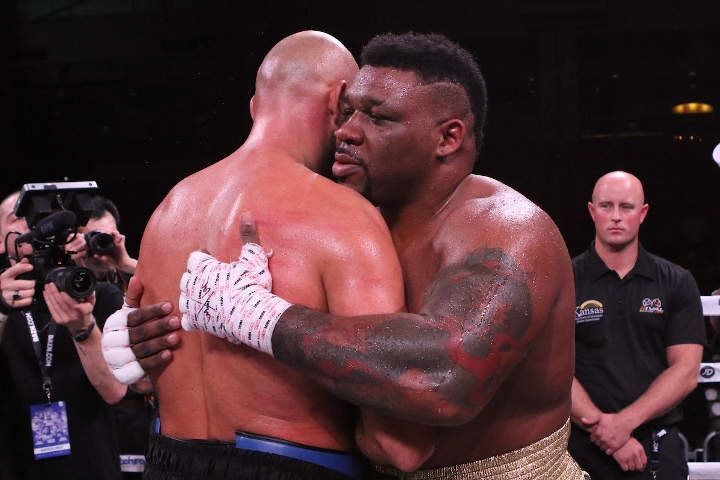 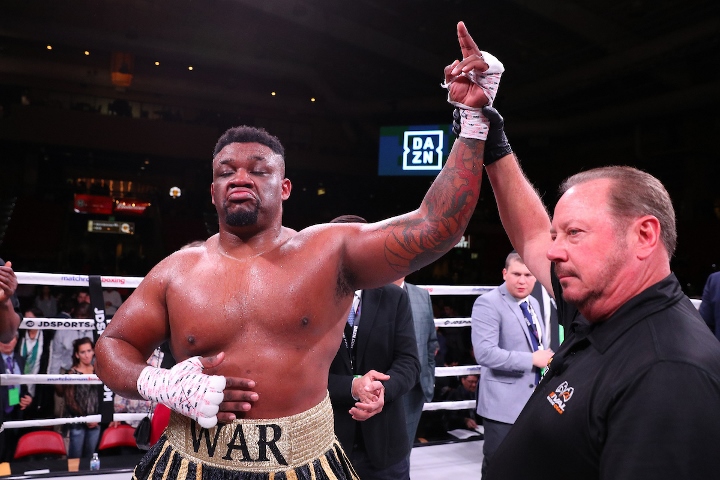 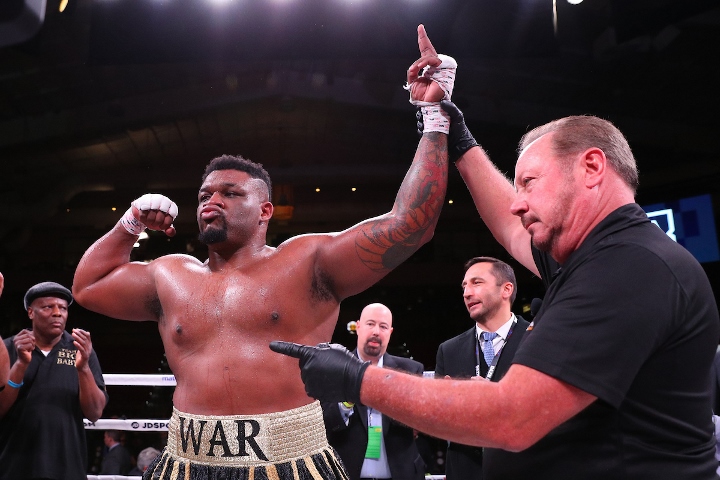 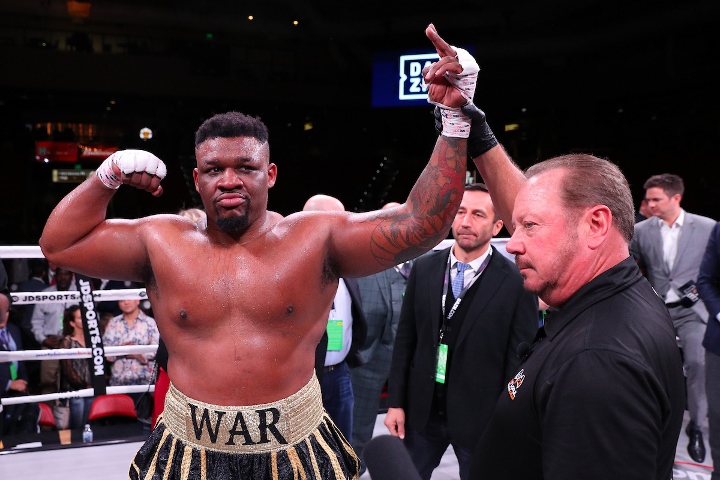 [QUOTE=Vinnykin;19281252]I genuinely fear for this knucklehead against Joshua..... he's getting false confidence fighting these guys. As much as I criticise Joshua he's a deadly counter puncher and you need size and skills to beat him. Joshua will get that right…

It's a shame Miller can't take his body seriously. If he committed to getting off the burger and fries diet, he might make some waves. Until then, it's more wobbles and rolls than waves.

[QUOTE=Robbie Barrett;19280938]Americans are doing a fine job hyping up Miller by themselves. They haven't got many options you see.[/QUOTE]gotta feed him some brits